The challenges to peace today are different than they were thirty or even ten years ago. It’s better to focus on them rather than beating an already well-flogged horse. 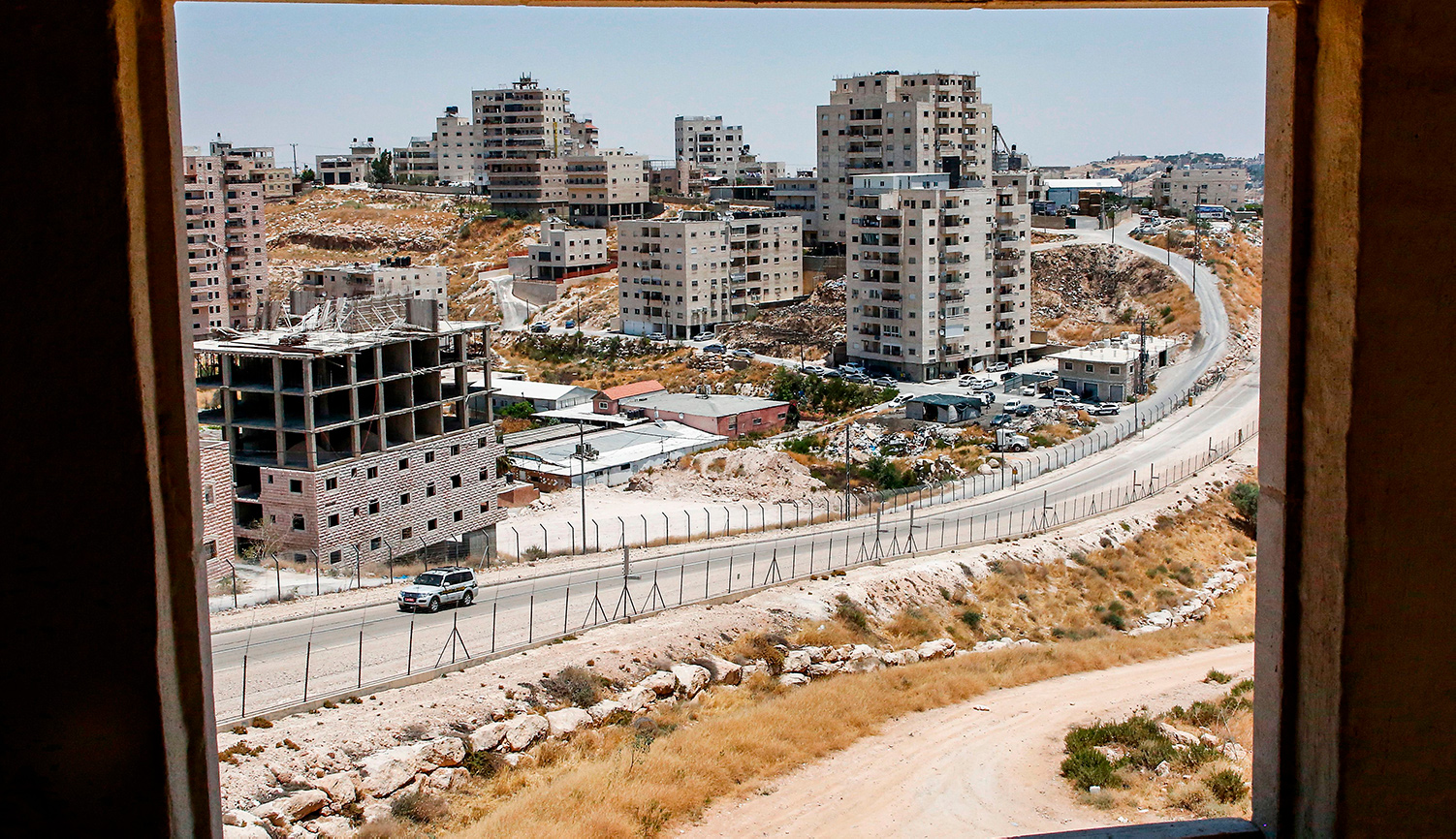 The Palestinian village of Beit Sahur in July 2019. HAZEM BADER/AFP via Getty Images.

Response
Michael Koplow
About the author


Michael Koplow is the policy director of the Israel Policy Forum and an analyst of Middle Eastern politics.

Some of Shany Mor’s indictment of the Middle East policy professionals whom he calls “the peace processors” is apt and deserved. His critique of the process that led to the 1993 Oslo Accords, and of course the agreement itself, explains why today it is hard to find unreserved defenders of Oslo, even among its original architects. Even though the unintended consequences—so harmful to Israeli civilians, and ultimately Palestinians, too—of the 1990s peace process are ripe for criticism, the mistaken assumptions that contributed to Oslo’s failures are, by now, well-trod ground.

Mor’s diagnosis of Oslo is not wrong. But he is wrong to impose the reasons for yesterday’s failures onto today’s impasse between Palestinians and Israelis. Mor’s central thesis is that the lessons of Oslo have not been learned, and that those working to bring an end to the Israeli-Palestinian conflict substitute a moral impulse resistant to changing circumstances in place of a strategic, interests-based approach. But the central piece of evidence he cites—a report issued by the Center for a New American Security co-authored by me and two colleagues—does not support this claim. In fact, the CNAS report’s point of departure is the very same as Mor’s: that the Oslo process has thoroughly failed and that a new approach is needed.

I’ll return to what the CNAS report does (and what it doesn’t) recommend shortly. But first I need to explain the incoherence of Mor’s description of the peace processors. He acknowledges that “[t]o speak of the peace processors as one coherent group is, of course, a contrivance.” The problem is less in the idea of constructing such a group than it is in the description of the policy agenda that supposedly unites it. For instance, Mor posits Israeli withdrawal from the Golan Heights as a core peace-processor belief, despite the fact that those who opposed American recognition of Israeli sovereignty there, such as the former U.S. ambassador to Israel Dan Shapiro, were almost universally in agreement that Israel should stay right where it is because of Israel’s ongoing security concerns with vacating the Golan. Furthermore, support for Israel’s withdrawal from the Golan as part of a peace treaty with Syria was supported by Israel’s prime minister, Benjamin Netanyahu himself. And why, with its tenuous relation to the Israeli-Palestinian conflict, does Mor characterize support for Turkey’s President Recep Tayyip Erdogan as a hallmark of the peace-process camp? For my part, I was warning about Erdogan’s authoritarianism during President Obama’s first term, which is when Mor says peace processers were lauding Erdogan for standing up to Israel.

In arguing that that there is a guild of American officials and policy experts who are dedicated to advancing the same process that began three decades ago, Mor reveals a blindness to the current realities of American policy, an incapacity to perceive on his part that mirrors the very blindness he finds in our views of the Middle East. The tell is his invocation of Obama-era White House officials Ben Rhodes and Tommy Vietor, or the repeated references to a Guardian news article from 2004 as evidence for the current intellectual habits of peace processors. Mor has an axe to grind with the Obama administration, as many Israeli experts do, and for understandable reasons. Were his essay focused on criticizing the 44th American president’s Israeli-Palestinian policies, I could understand (but still disagree) with it. Instead, he inveighs against Obama’s ghost and other specters from years past, finding them retrospectively haunting American administrations for the last three decades and even the present moment.

As for the CNAS report itself, I genuinely thank Mor for reading it. This is not a courtesy I have come to expect from lesser critics. But from Mor’s critique, one would think that the prescription it contains is a return to the peace process as characterized by direct negotiations between Israelis and Palestinians under the auspices of the United States. After all, this is the broad policy that Mor compellingly critiques. Yet Mor neglects to mention that the report’s central thesis is that the Oslo process of negotiations has failed and that the U.S. needs to explicitly move on from it. Nor is this central thesis buried amidst the report’s 70 pages. The first three sentences of the report, labeled as its “Key Proposition,” read as follows:

Today’s realities demand that the United States change its approach to the Israeli-Palestinian conflict. Its current focus is on high-profile diplomatic initiatives that aim for a permanent agreement in which the United States is the central mediator. Instead, the United States must focus on taking tangible steps, both on the ground and diplomatically, that will improve the freedom, prosperity, and security of all people living between the Mediterranean Sea and the Jordan River, while also cultivating the conditions for a future two-state agreement negotiated between the parties.

The report’s very premise is that approaches of the past serve neither Israeli nor Palestinian interests, and do not advance an American policy agenda likely to succeed. Whatever objections one might have to any of our specific recommendations, to portray it as the newest iteration of the Oslo plan is a head-scratching mischaracterization.

Another mischaracterization is Mor’s claim that the report is driven by a moral impulse to save Israel by seeking Israeli concessions without asking anything, in turn, of the Palestinians. We’re not trying to absolve Israel from its military victories or anything of the sort: the report is grounded in the furtherance of a specific set of American interests, and it maintains that frame throughout. Policies do exist that seek to “save Israel from itself” and they have an audience in the context of American politics. But we specifically do not adopt as recommendations such measures as boycotts or conditioning American security assistance.

And as for the Palestinians, one of our core recommendations is for the U.S. to take immediate steps to focus on Palestinian martyr and prisoner payments in order to eliminate compensation for committing terror and violence against Israelis. Mor could have taken note of that, or the entire section dedicated to pressing the Palestinian Authority on corruption and authoritarianism. He also could have noted that one of our policy options is for the U.S. to actively work to gain wider international recognition of Israel as a Jewish state, which does not fit his narrative of Americans seeking to correct for Israel’s victories.

There are additional misinterpretations, such as our report’s forthright acknowledgement of the effects of Palestinian terrorism, or our agreement that Palestinian leaders have at times refused to engage. But leaving these particulars aside, Mor’s discussion of our report does indeed reveal a deeper divide between his stance and ours. But the difference between us is not the one that he identifies. Mor refers to “the complicated and unwieldy interim status quo” in the West Bank. But on the Israel side, there isn’t a status quo at all—there is, instead, a great deal of energetic movement. Perhaps Mor is unaware that 134 illegal outposts have been built since Oslo and 54 alone in the past nine years. Israel’s government has now for the first time publicly advocated for unilateral West Bank annexation, and has advanced legislation to retroactively legalize the outposts that were built illegally—not under some vague international law, but under Israeli law. The fact that the number of Israelis living in the West Bank has nearly quadrupled since 1993 is not reflective of an Israel that is stuck in the mud because of Palestinian rejectionism, or an Israel that lingers in a holding pattern because peace processors are enacting a morality play, or because the Palestinians’ international supporters are unwilling to hold their feet to the fire; no, Israel is not in a holding pattern at all. Some of the current challenges on the ground stem from developments on the Israeli side, and any real attempt to address today’s problems must deal with that. It is a denial of Israeli agency similar to the one sometimes ascribed to those who hold the Palestinians largely blameless. Neither of these approaches is correct.

The main difference between us, between Mor’s essay and the report I coauthored, is that Mor dwells in the past, slinging arrows at convenient and well-known foes, whether it be the American peace camp or the Obama administration. It is far easier to portray the CNAS report as a continuation of rote thinking than it is to grapple with our actual approach, an approach that, to some extent, Mor would seem to share. It’s easier to look upon the troubles of 1993 than it is to propose solutions to the troubles of 2021.

Ruth R. Wisse
February
The Dark Side of Daylight
3. Response

The Return of the Peace Processors
2. Response

Saving Israel in Spite of Herself
4. Last Word

Stuck on the Wrong Road to Peace