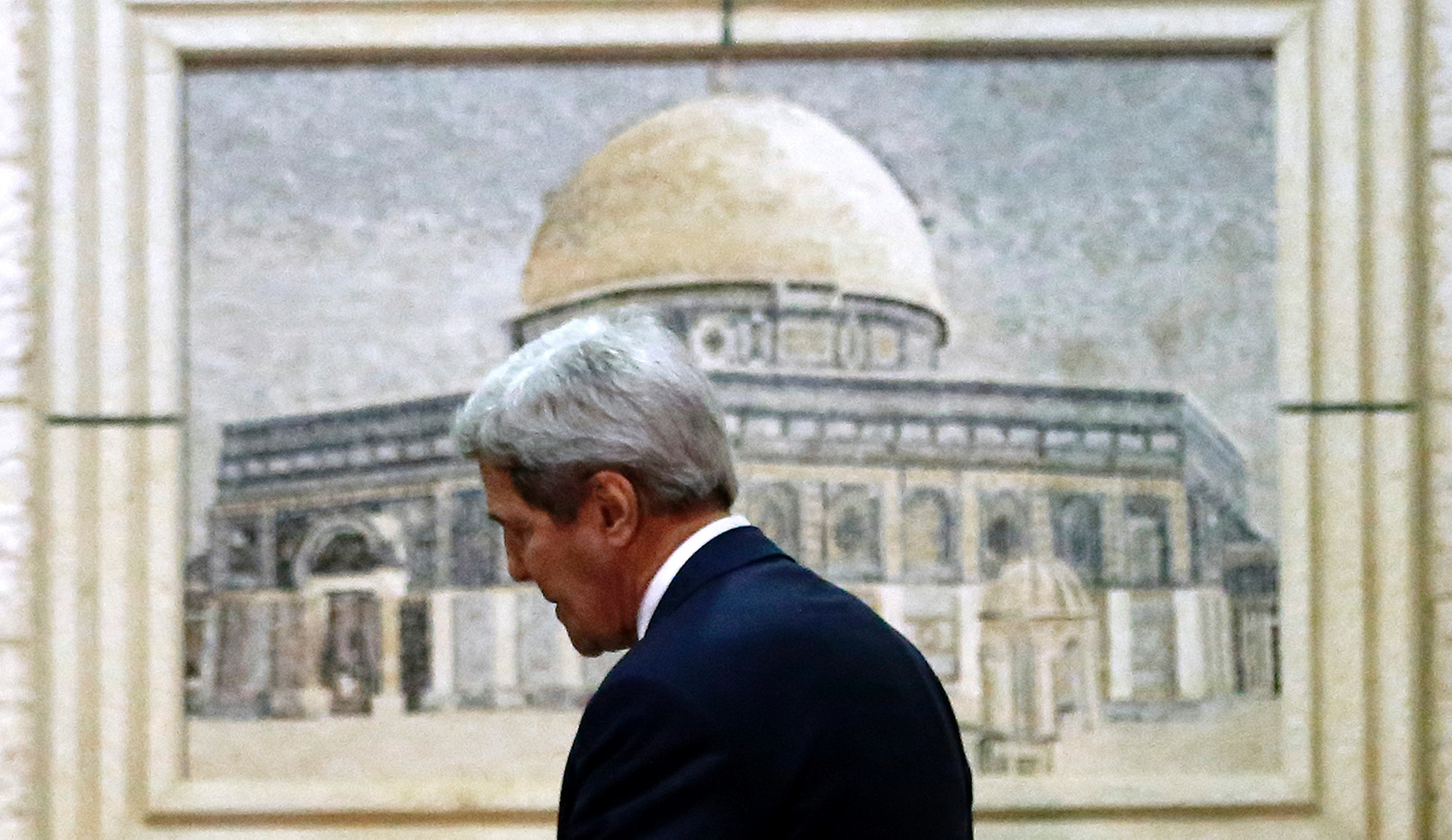 John Kerry, America’s secretary of state at the time, arrives at Palestinian Authority headquarters in the West Bank city of Ramallah on November 24, 2015. ABBAS MOMANI/AFP via Getty Images.

For nearly three decades, Shany Mor argues, the peace-processing “guild” has advanced the same ideas about how to broker Arab-Israeli peace—ideas which are not simply questionable, but flat out wrong. The incentives they offer to Arabs and Israelis alike generate the opposite results from the ones that guild members intend. Despite a long list of failures, and despite the fact that individual figures from within the guild have written books acknowledging the shortcomings of their approach, the guild as a body remains wedded to a fuzzy-headed and unchanging conventional wisdom that has proven remarkably resistant to sober-minded reappraisals. Characterized by epistemic closure, the guild’s belief system is protected by two layers of intellectual armor. The first is the certitude that comes from only consuming in-group analyses of the Middle East. The second is a quasi-religious sensibility: the peace processors are men and women on a mission.