What Egypt Wants In Gaza

As long as Gaza is a problem for Israel, Egypt can play an important role as a mediator, prove its usefulness as an ally to the U.S., and avoid its slide into irrelevance. 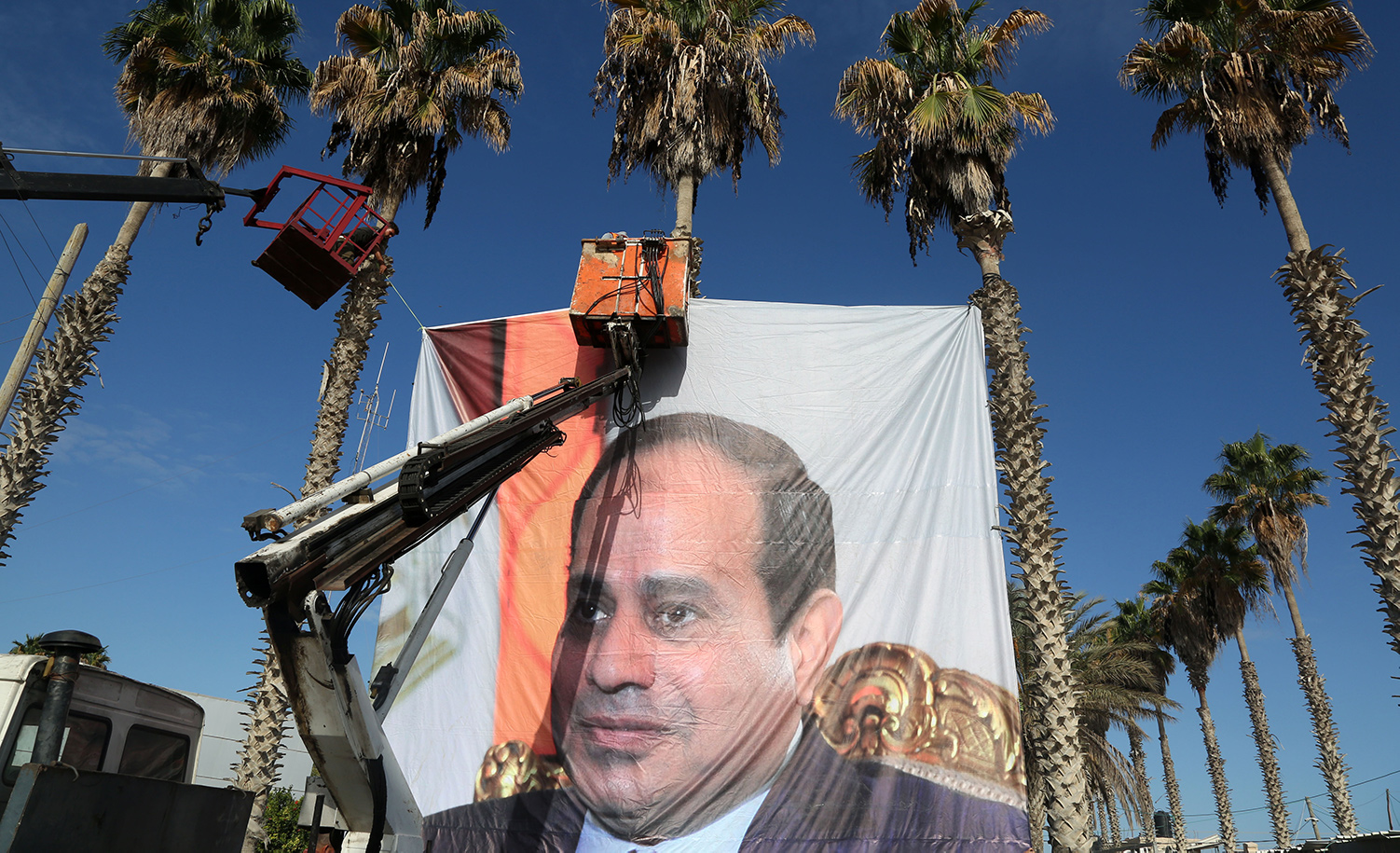 Symposium
Haisam Hassanein
About the author


Haisam Hassanein was the 2016–17 Glazer Fellow at The Washington Institute, and is a policy analyst focusing on Israel relations with the Arab world.

The recent flare-up between Israel and Gaza served as a lifeline for Egypt by revitalizing its role in regional politics. After months of being ignored by the White House, President Abdel Fatah el-Sisi received two phone calls from President Joe Biden in less than a week to express American support for efforts to broker a ceasefire. Eager to show its relevance, Cairo was the first government to announce that it would donate to Gaza’s reconstruction ($500 million, no less); after the fighting ended it also dispatched high-level security delegations to meet with both Israeli and Palestinian leaders, and sent aid shipments and construction teams to start rebuilding the Strip. The desire for relevance is key to understanding Egypt’s long-term interests in Gaza, but before exploring these interests further, some background is first necessary.

Hamas is an offshoot of the Muslim Brotherhood, the Islamist movement founded in Egypt a century ago, which inspired dozens of branches throughout the Islamic world, not to mention more radical splinter-groups. For a twelve-month interval in 2012 and 2013, the Brotherhood ruled Egypt, until the current regime overthrew it in a military coup. Since then, Cairo’s relations with Hamas have unsurprisingly been tense, if not hostile. During the 2014 Gaza war, President Sisi did not try to mediate diplomatically between Jerusalem and Gaza. The state-controlled media, once full of sympathy for Egyptians’ “Palestinian brethren,” instead lost interest for Palestinians living in the territory. As far as the Sisi government was concerned, Hamas was a military wing of the Muslim Brotherhood, a group it characterized as a terrorist organization trying to destabilize Egypt. Even though the Sisi regime received much criticism for its approach to Gaza from around the Arab world, domestic criticism was muted, as public opinion seemed to agree that the Muslim Brotherhood—along with its allies in Gaza, Turkey, and Qatar—threatened Egyptian national security. Cairo began to change its tune somewhat after 2017, when Hamas released an updated charter disassociating itself from the Brotherhood. This is not to say that Sisi has stopped viewing Hamas as a threat, but that he sees it as a force he can use to his benefit, including as a source of leverage vis-à-vis Israel.

That being said, certain elements of Egypt’s approach toward Gaza have remained constant since the Mubarak era, and are unlikely to change. First among Cairo’s concerns is preventing a humanitarian crisis, which could easily get out of control and lead to an embarrassing breach of the border, as occurred in 2008 when Hamas operatives forced their way through the Rafah crossing and entered Egyptian territory. If Hamas resumes the smuggling of arms into or out of the Sinai Peninsula, increased terrorism could follow, in turn inviting a more active Israeli presence in the peninsula, which is Cairo’s biggest nightmare. This concern explains why the Sisi regime has been willing to compromise with Hamas recently so long as it does not meddle in Egypt’s internal affairs. This is despite the fact that Sisi is still fighting Islamist groups ideologically aligned with Hamas both inside Egypt and in Libya. Indeed, the Egyptian regime’s openness toward Hamas depends on its sense of security in its own position. The less Sisi fears the Egyptian Brotherhood, the less threat he will see in its affiliates abroad. In the years immediately following the coup, such a step would not have been possible.

All this brings us to Cairo’s present attitude toward Gaza, and what the future might bring. Cairo sees the reconstruction of Gaza as an opportunity to strengthen its influence inside the Strip. The current plan is to send Egyptian contractors to help to rebuild and expand Gaza’s infrastructure. But these contractors will inevitably have close ties to the Egyptian security apparatus, giving the latter a foothold in the Strip. Meanwhile, the Sisi regime is working to shape public opinion in Gaza so as to compete with the popularity of Qatar’s Emir Tamim al-Thani and Turkey’s Recep Tayyip Erdogan, both the most important financial and rhetorical supporters of Hamas outside of Iran. Thus while the Saudi and Emirati press both took a decidedly anti-Hamas tone during the most recent fighting, Egypt’s state-controlled media sounded much more like Qatar’s Al Jazeera, glorifying Hamas and condemning Israel. As a result, pro-Sisi billboards are now on Gaza roads, which was unthinkable a few years ago—a clear soft-power victory for the Egyptian regime. Whatever becomes of Gaza—or for that matter, of Egypt—Cairo will continue to fight for the affections of its residents.

And this brings us to a paradox. Neither Cairo nor Riyadh nor Abu Dhabi want to see Hamas succeed. But for similar reasons, they don’t want Hamas’s allies—their sworn enemies Iran, Turkey, and Qatar—to gain even more influence in Gaza. Thus, although both the Saudis and the Emiratis are frustrated with the Palestinians because of what they see as ingratitude after years of support, they are likely to continue sending them money. The smear campaigns in Arab media directed at the Gulf states due to their friendliness with Israel only make them more eager to win over Palestinian sympathies. Moreover, the Saudis and Emiratis, not to mention the Egyptians, see the status quo as preferable to the establishment of an independent Palestinian state, which, they quite reasonably fear, would deliver another Arab capital into the hands of the Islamic Republic.

Yet while the present Egyptian regime shares many of these concerns with its Gulf allies, it takes the Palestinian issue far more seriously because of the national-security and economic benefits a changed situation in Gaza could bring. The presence of a stable, non-terrorist entity there would improve Egypt’s security situation and provide ample opportunities for trade. Thus Cairo stands to gain by ending the Hamas-Fatah split that divides Gaza from the West Bank. And if the blockade of Gaza were lifted as a result, the economic benefits would flow directly to Egypt, and could even give a boost to its troubled Sinai province.

Nonetheless, Egypt understands that an end to the blockade could mean a spike in the smuggling of weapons and materials that could be used by Hamas and Islamic Jihad to manufacture rockets. Yet Cairo might tolerate this to a limited extent even though it understands Israel will protest behind closed doors. Its hope is to undermine Hamas’s leverage without giving Jerusalem a blank check to do what it will in Gaza. Indeed, the current regime, while not dogmatically anti-Israel by any means, still sees the Jewish state as at least a potential competitor for regional dominance. It’s worth noting in this context that, since Sisi came to power, state-run TV has been producing shows that depict the “Zionist entity” as an eternal enemy, and political pundits have been allowed to voice a similar sentiment.

There is one more factor that will determine what will happen in Gaza over the next few years, and that is the outcome of the ongoing negotiations between Iran and the Biden administration. If Washington indeed returns to the 2015 deal, the lifting of U.S. sanctions could leave the Islamic Republic flush with cash, and willing to pour some of it into Gaza. Hamas and Islamic Jihad see the regime in Tehran, more so than its allies in Ankara and Doha, as the only regional partner that shares their commitment to Israel’s destruction. For their part, the mullahs are keen to turn Hamas into another version of Lebanon’s Hizballah or Yemen’s Houthis, armed to the teeth with high-tech rockets and drones and eager to do their bidding.

Egypt’s role in Gaza during the upcoming years will be limited to negotiating ceasefires, competing for influence against other regional actors, and cooperating with Israel on issues related to border security and terrorism. But there are three major problems that are likely to complicate things for the Egyptians. The first is internal: there will always be corrupt members of the security establishment who benefit financially from tunnel building and weapon smuggling. Second is the Palestinians’ fractured politics. Eventually the Palestinian Authority president Mahmoud Abbas will either die or step down, but it is highly unlikely that whoever succeeds him will be able to unify the West Bank and Gaza, much less be willing to sit at the table with the Israelis and deliver tough compromises. Third, Iranian influence will continue to grow, further empowering Hamas and Islamic Jihad.

And this brings us back to where we started. As much as Egypt doesn’t want the Strip to collapse into chaos, or for Hamas to grow more powerful and more disruptive, it might not want to see complete peace and stability either. For as long as Gaza is a problem, Egypt can play an important role as a mediator, prove its usefulness as an ally to the U.S., and avoid its slide into irrelevance.

Much of what happens over the next ten years will depend on the fate of the U.S.-Iran nuclear negotiations, whether Israel’s new Arab allies are able to play a constructive role in Palestinian affairs, and whether Sisi succeeds in restoring some of Egypt’s lost regional clout. Even then, if the past few years have taught us anything, it’s that making confident predictions about the Middle East is a fool’s game.

But in all likelihood, Hamas will only grow more entrenched in Gaza, and more dependent on both Iran and humanitarian assistance from elsewhere. If the Palestinian Authority does return to the Strip, it will likely be in name only: a façade that allows the international community to offer billions of dollars in aid. The populace will nonetheless continue to live in poverty, and images of deprived women and children will continue to be used to stir sympathetic feelings for Palestinians in the Arab world, putting pressure on the signatories of the Abraham Accords and dividing Israel from its friends in the United State and Europe. Of course, such a situation would leave Egypt in the role it desires.

What Egypt Wants In Gaza
1. Essay

What Can Be Done Politically to Weaken Hamas
5. Symposium

The Status Quo in Gaza Is the Least-Bad Option
6. Symposium

Where We See Gaza in Ten Years
7. Symposium

How to Boost Gaza's Economy without Boosting Hamas
8. Symposium