Did Jabotinsky Really Mean it or Was He Pandering?

Although the Zionist leader tried to avoid statements that didn’t reflect his true beliefs, he wasn’t above doing so altogether. His late-in-life friendliness to religion might be one such case. 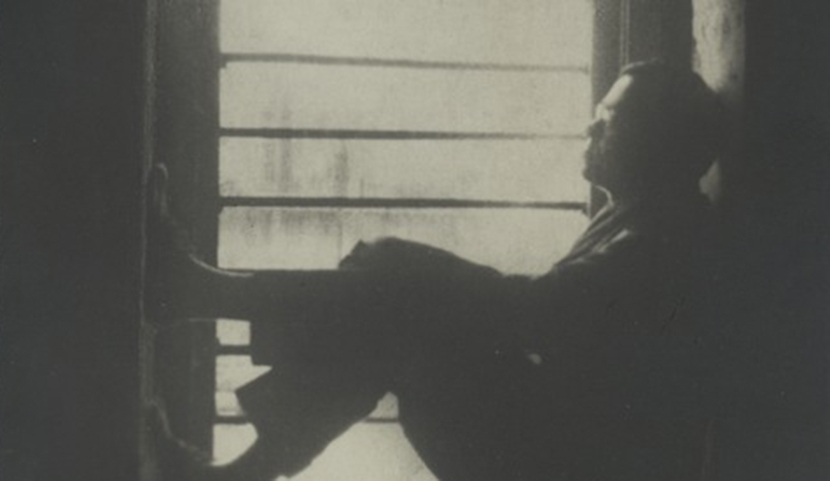 Vladimir Jabotinsky in his cell at Acre Prison. National Library of Israel.

As the “prominent exception” cited by Avi Shilon to the view that Jabotinsky was a “staunch secularist” all his life, I find myself in agreement with nearly everything in his essay. My one caveat is with his assertion that “Hillel Halkin has shown in his biography that Jabotinsky was never quite so assimilated as he claimed to be.” Jabotinsky, whose mother spoke mainly Yiddish, punctiliously lit Sabbath candles every week, and saw to it that her son was taught Hebrew as a boy in Odessa, never claimed to have been any such thing. His supposedly assimilated background was the invention of those who mistakenly considered his European education, his journalistic and literary career in Russian, and his being comfortably at home in the world of Western culture to be signs of an un-Jewish upbringing.

Although Shilon’s essay touches on various aspects of Jabotinsky’s political career and thought, its main concern is Jabotinsky’s change of attitude toward religion in his later years. Here, too, there is nothing I would take issue with. Such a change indeed took place, and it took place along the lines Shilon describes. He is correct, too, in observing that it was Jabotinsky and his Revisionist Party that first laid the basis for the eventual alliance of right-wing nationalism, religious Orthodoxy, and Israel’s Mizraḥi population that brought Menachem Begin to power in 1977 and has made the Likud the dominant Israeli political party ever since. Although Jabotinsky, unlike Begin, never deliberately courted Mizraḥi Jews (who formed a small part of Palestinian Jewry in his lifetime), let alone appealed to whatever anti-Ashkenazi resentments they may have had, his militancy toward the British and Arabs, his pro-free enterprise views, and his sympathy for Jewish religious tradition spoke to them. During the last years of the British Mandate, they were far more active in the Irgun, the anti-British underground force affiliated with the Revisionists, than they were in the mainstream, left-leaning Haganah.

Was Jabotinsky entirely sincere in his intellectual embrace of Jewish tradition toward the end of his life? Avi Shilon does not doubt that he was. I sometimes wonder. Not that I would accuse him of hypocrisy. Few politicians have ever been as honest about their opinions and motives. His reevaluation of the social role of religion, and especially of Judaism, was genuine. One grows more conscious as one grows older of many things: of human frailty; of the insufficiency of purely rational answers to the deeper questions posed by existence; of the hunger for transcendental meaning that such answers can never provide; of the ineradicable reality of evil and the need to combat it by invoking a law higher than utilitarian or liberal principles. These were all things that Jabotinsky felt keenly.

He also, as Shilon points out, strongly believed in the importance of ritual and pageantry, a theme that runs through his novel Samson. There, it is the Philistines who are the masters of publicly staged dramas that serve to forge a sense of national cohesiveness, but the Philistines are there for the Israelites to learn from. In a column published in the Warsaw Yiddish daily Moment in 1935, shortly before the first convention of his New Zionist Organization, created by him after pulling the Revisionists out of the Zionist Organization founded by Herzl, Jabotinsky wrote:

Great, festive national congresses, convocations, sessions of Parliament—all must begin with worship of the divine. . . . Such demonstrative acts go beyond the faith or skepticism of this or that individual. In the consciousness of millions of Jews today, Jewish nationalism cannot be detached from Mount Sinai. It is of no importance whether I, Mendl from Hotzenklotz, subscribe to this or not. What matters is bearing witness before heaven and earth, proudly and insistently, to the historical credo of millennia.

When he wrote these words, Jabotinsky was engaged in an all-out battle with the Zionist left led by Ben-Gurion, and a secular Revisionist like “Mendl from Hotzenklotz.” Even if he had no religious beliefs, he was expected to understand the need for bringing East European Orthodoxy, or at least that portion of it that was pro-Zionist, into the Revisionist camp. If this included Jewish prayers or other devotional gestures at New Zionist Organization events, so be it; no one was forced to attend an NZO convention. But what was Mendl to make of Jabotinsky’s proposal in the same article that, in the Jewish state to come, smoking on the Sabbath be banned from public spaces, even in secular Tel Aviv, in the name of “cultivating the spiritual values of Judaism”?

This was no longer the man who, in Avi Shilon’s words, “never lost his commitment to classical liberalism or to its conception of the separation of religion from the state.” It was a politician calling, albeit theoretically, for the compulsory observance of a ritual commandment of Judaism—and it is fair to ask, I think, whether Jabotinsky really meant it or was simply pandering to an Orthodox public whose support he was eager to gain.

I know of no document left behind by him that would shed light on this question. The pandering explanation strikes me as more likely. Although Jabotinsky tried to avoid making statements or gestures that did not reflect his inner beliefs, he was not above such things if he thought them expedient. I find it more credible that this was so in this case than that he honestly thought that, in a Jewish state, a Jew should be arrested for puffing on a cigarette on a Saturday. (This was, of course, long before the harm of nicotine was known.)

And yet that still doesn’t make it excusable. Secular fawning on the religious establishment in the hope of gaining its votes or support is one of the ills of Israeli political life, and if Jabotinsky was guilty of this as far back as 1935, he set a regrettable precedent.

I quote from a recent news item:

The former prime minister Benjamin Netanyahu apologized Sunday for offending Orthodox Jews by publicly congratulating an Israeli Olympic medalist before the conclusion of the Jewish Sabbath. . . . They [had] blasted him for phoning the gymnast Linoy Ashram to congratulate her on her victory Saturday and publicizing the call before sunset.

This is revolting, and the former prime minister should apologize for his apology, which was a craven display of toadying to the rabbis on whom he is counting to help him return to power. It is unlikely that this will gain him any religious votes. One can only hope that it will cost him a few secular ones for not saying, “What I do on Shabbat is my own business and I’ll thank you to keep your nose out of it.”

It probably won’t, though. Secular Israelis are used to the demand that they go to all lengths to respect religious feelings while at the same time no one is expected to respect theirs. The Orthodox, they are told, have values; the secular have only conveniences. That conveniences should yield to values goes without saying.

But it can also reflect a value to want to congratulate someone over the telephone, just as it can reflect one to wish to be able to smoke a cigarette where and when one pleases. Jabotinsky would not have shown any less appreciation of Judaism had he said so. This would have made it more possible to enlist him in the battle for a greater “separation of religion from the state” in Israel, to which his “classic liberalism” should have inclined him.

Did Jabotinsky Really Mean it or Was He Pandering?
1. Essay

Jabotinsky's Novels, and How They Relate to His Politics
5. Last Word