Despite his many paradoxes, it is possible to fit the Zionist leader’s positions into a single, comprehensive worldview. In fact, to read him faithfully, it’s necessary. 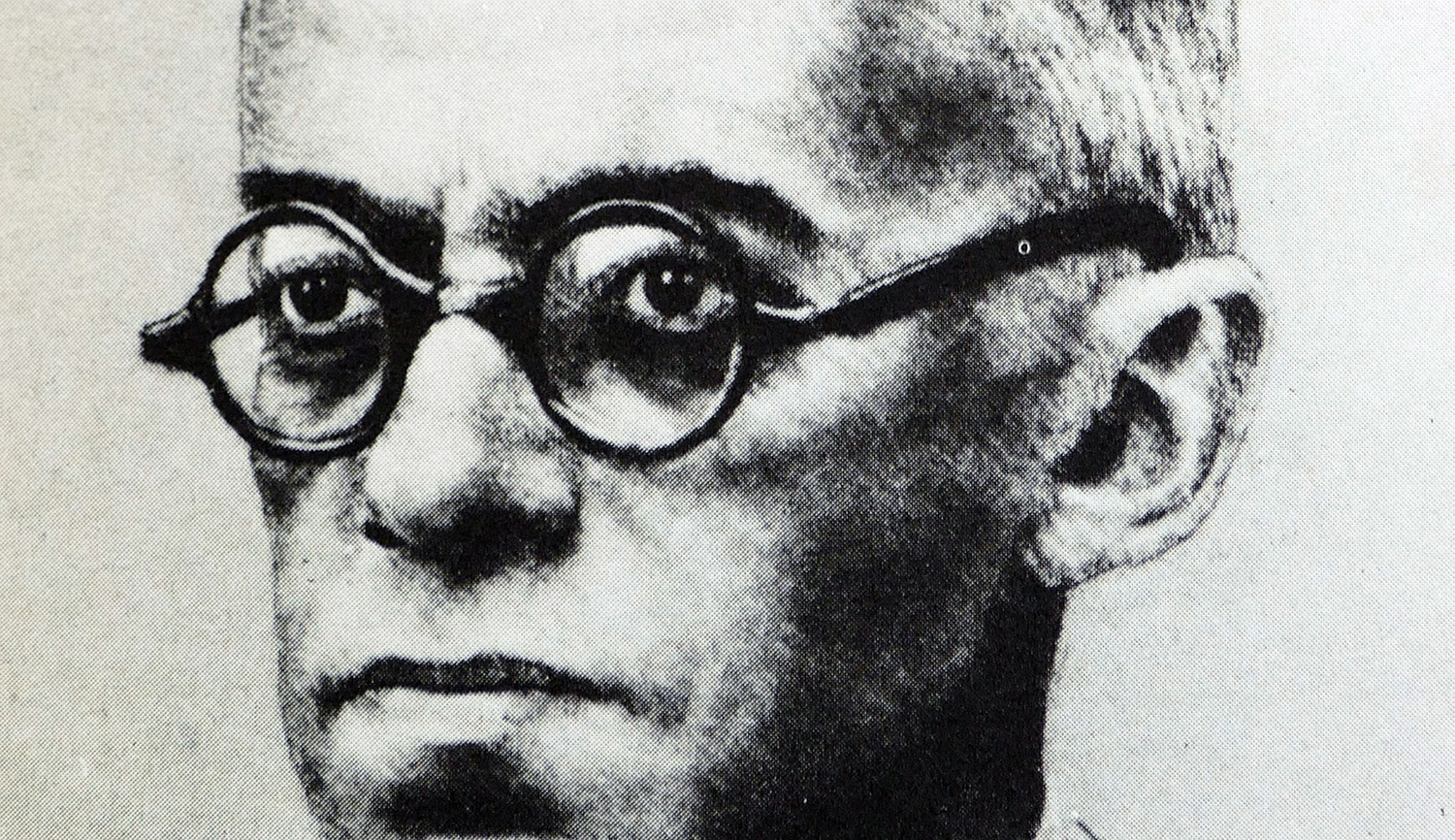 I am grateful to Hillel Halkin, Martin Kramer, and Rick Richman for their thoughtful and enlightening responses. That Ze’ev Jabotinsky is able to provoke such vibrant discussion more than 80 years after his death is testimony to the complexity and richness of his thought. I will try here to address my respondents both together and separately.

Hillel Halkin raises in his fascinating critique a question that every political biographer grapples with: when to take the subject’s statements at face value and when to understand them as reflections of political expedience rather than genuine commitment. Moreover, when a leader’s words or writings contradict his previous positions, when are they evidence of a significant change of heart, and when are they evidence of mere lip service to popular opinion?

This is, indeed, not a simple problem.

Take, for example, the case of Jabotinsky’s great political rival, David Ben-Gurion. The “old man” was an activist for about seven decades; during that time he wrote in his diary almost daily, as he had since the age of fourteen. Ben-Gurion also wrote books, articles, and speeches, not to mention the copious minutes of various meetings that record his words. Naturally, a historian eager to nitpick can find so many conflicting positions on so many subjects that it can be hard to determine his “real” position.

A careful researcher should examine his subject’s words according to their context, of course, and in the case of Ben-Gurion it is also helpful to compare his words to his deeds. For Jabotinsky, who spent most of his life as a Zionist leader in the opposition, and thus had fewer political decisions by which has words can be judged, the problem is thornier. But it is not intractable.

Presumably, Jabotinsky’s proposal, as Halkin noted, to punish by law any Jewish citizen who smokes a cigarette on the Sabbath in the Jewish state does not reflect his real attitude toward Jewish observance, as this suggestion stands in stark opposition to his consistent commitment to individual rights and liberalism. Moreover: in a May 1935 letter to Ben-Gurion encouraging him to declare support for the establishment of a Jewish state as soon as possible, he wrote, “if I realized that there is no way to a state but socialism, . . . I am ready. More than that: give me a religiously Orthodox state in which I would be forced to eat gefilte fish all day long (but only if there were no other way) and I’ll take it.”

But, of course, Jabotinsky was not really ready to accept a socialist state or to impose halakhah on its citizens (let alone Ashkenazi culinary preferences); rather his remarks expressed his belief in the urgent need for Jewish sovereignty. By contrast, it is likely that a detailed private letter he wrote to his son Eri, who resented the change in his father’s statements regarding religion, expressed his position honestly. Similarly, Ben-Gurion’s true opinion regarding the partition plan proposed by the 1937 Peel Commission can be learned from the famous letter he sent to his son Amos, and not from his public declarations in favor of partition in principle. In the letter, Ben-Gurion admitted that the borders of the suggested Jewish state could constitute a beginning rather than an end—meaning that he was aware of the possibility of expanding its borders, as indeed happened a decade later, during the War of Independence.

The letter Jabotinsky wrote to his own son, which I quoted in my original essay, is likewise telling. Jabotinsky clearly explains in it that he remains secular, liberal, and in favor of the separation of religion and state. But at the same time he tells Eri that, over the years, he has come to understand the importance of faith as a spiritual commitment that fortifies the human soul, and that belief in the sublime does not contradict liberal values, but, on the contrary, upholds them.

That is, Jabotinsky did not become religiously observant or a believer in Orthodox Jewish theology. He simply understood that spirituality or religiosity is necessary to both individual and collective flourishing, and also for reconciling the diverse communities that make up humanity. Therefore—although, as always, Martin Kramer has written a thoughtful and informative response—I do not accept his claim that my discussion of the change in Jabotinsky’s attitude toward religion continues a “long-running debate” on this issue. Certainly, the debate is not new, but my aim was not to continue it but to push it in a different direction. Arye Naor and Isaac Remba, cited by Kramer, argue as to whether Jabotinsky became religious or remained alienated from the commandments of Judaism. I argue that Jabotinsky changed his understanding of religion. In his early days he was loyal to the liberal conception of history, which asserts that humanity is moving toward greater enlightenment through rationality and science; later in his life he wrote that he hoped “the man of the future would be religious.” He did not mean that he expected this man of the future to keep the commandments or wear a kippah, although he might have entertained the possibility, but that religion would in one way or another remain a part of human life—and without it, mankind would simply be incomplete.

Thus in his early days he derided Judaism as an accumulation of “commentaries on commentaries,” and considered Orthodox Jews backward. Zionism, he hoped, would supplant religion with nationalism as the glue holding the Jewish people together. Later in his life he abandoned both his earlier denigration of Jewish tradition and his belief that secular nationalism could or should replace religion. He shifted from a critique of religious customs to an examination, and appreciation, of religion’s significance for the believer and the community. The upheavals the world went through in the 1930s led him to conclude that without a spiritual infrastructure, morality itself could easily deteriorate. So, yes, he remained secular in his lifestyle as Naor and Eri claimed. But Remba recognized correctly that something fundamental in Jabotinsky’s attitude toward religion changed dramatically.

Human beings are, as we know, complex. Sometimes we find ourselves caught between conflicting interests, or between what we can and what we should say. Jabotinsky was probably aware that his pro-religion remarks helped him gain the sympathy of traditional Jews in Poland and abroad. But underlying these political considerations was a profound change in his understanding of the importance of faith, for the reasons I have already presented in the original article.

The old debate between Naor and Remba that Kramer referred to suffered, in my mind, from a dichotomous approach, reflecting the discourse about religion at the time. People then tended to think in binary terms: religious vs. secular, backward vs. progressive, Orthodox vs. Reform. In that context, the many Israeli Jews who today call themselves traditional didn’t get much attention, as they were perceived as insufficiently religious and but not totally secular. Today, prominent scholars of religion, such as Talal Assad, point to the blurring boundaries between religion and secularism. And Israel itself has changed, with those old binaries increasingly breaking down.

For a long time, historians and social scientists saw the retreat of religion and growing secularization as the result of the inevitable forward march of modernity. Yet not only has religion failed to wither away, but the prediction that it would turned out to be rooted in a faulty analysis of the past and present. The ancient world was not necessarily more religious than the modern one. (Consider, for example, the world described in the book of Judges—one episode of which was the basis for Jabotinsky’s wonderful novel, described so perceptively by Rick Richman. Was the world of Samson, or of Samson, a totally religious one?) At the same time, values ​​we attribute to the secular and liberal world arguably derive from religious principles: after all, the idea of ​​equal rights is rooted in the notion that man was created in the image of God.

I should admit that this argument has a personal dimension for me. I more or less share both Jabotinsky’s appreciation for religiosity and his secular lifestyle: although, based on my personal observance, sociologists would probably classify me as secular, many times in my life I found strength and inspiration from turning to God. My approach is often labeled “traditional” (in the Israeli context) or “spiritual.” In fact, most Israelis are a lot like me, especially Mizraḥim.

I would like to conclude with a reference to the Tel Ḥai affair. Kramer points out with his characteristic acuity the seemingly puzzling difference between Jabotinsky’s support for the evacuation of this settlement when it was clear that it would not be able to defend itself against imminent Arab attack, and Ben-Gurion’s opposition to the evacuation, based on the Zionist principle of non-withdrawal. From today’s perspective, this debate looks odd because we tend to identify Jabotinsky mainly with one dimension of his worldview: his opinions about the borders of the Land of Israel. This emphasis isn’t surprising, since territory has been the central source of division between the Israeli left and right since the Six-Day War.

There is no doubt that Jabotinsky demanded a greater Israel on both sides of the Jordan and that Ben-Gurion was willing to compromise even in the territory west of the Jordan. But the issue of borders was only one element in Jabotinsky’s worldview, and hardly the most salient. His demand for the withdrawal of the soon-to-be martyr Joseph Trumpeldor and his comrades from Tel Ḥai stemmed from a different aspect of his philosophy: for the liberal Jabotinsky, individual rights should generally not be subordinated to the public interest—they should intertwine. Therefore, he was not willing to sacrifice the denizens of Tel Ḥai for principle alone. Whereas for Ben-Gurion, who was influenced by Bolshevism, their sacrifice for the realization of the general ideology of settlement of the land came more naturally.

When I thought about the Tel Ḥai affair after reading Kramer’s analysis, and realized Jabotinsky’s position stemmed from his consistent position regarding individual rights, I was brought to a conclusion similar to the one Richman expresses so elegantly: that Jabotinsky’s literature and his politics, and his evolving views on religion, “were not products of separate or contradictory impulses, but were rather all of a piece.” To read Jabotinsky faithfully, we must see how his apparently contradictory positions fit into a single, complete view. With this approach, it is easier to understand why political liberalism and an embrace of religion were not mutually exclusive in his mind.

Did Jabotinsky Really Mean it or Was He Pandering?
3. Response

Jabotinsky's Novels, and How They Relate to His Politics