How can a state that relinquishes parts of the biblical Land of Israel be considered “absolutely sacred”? 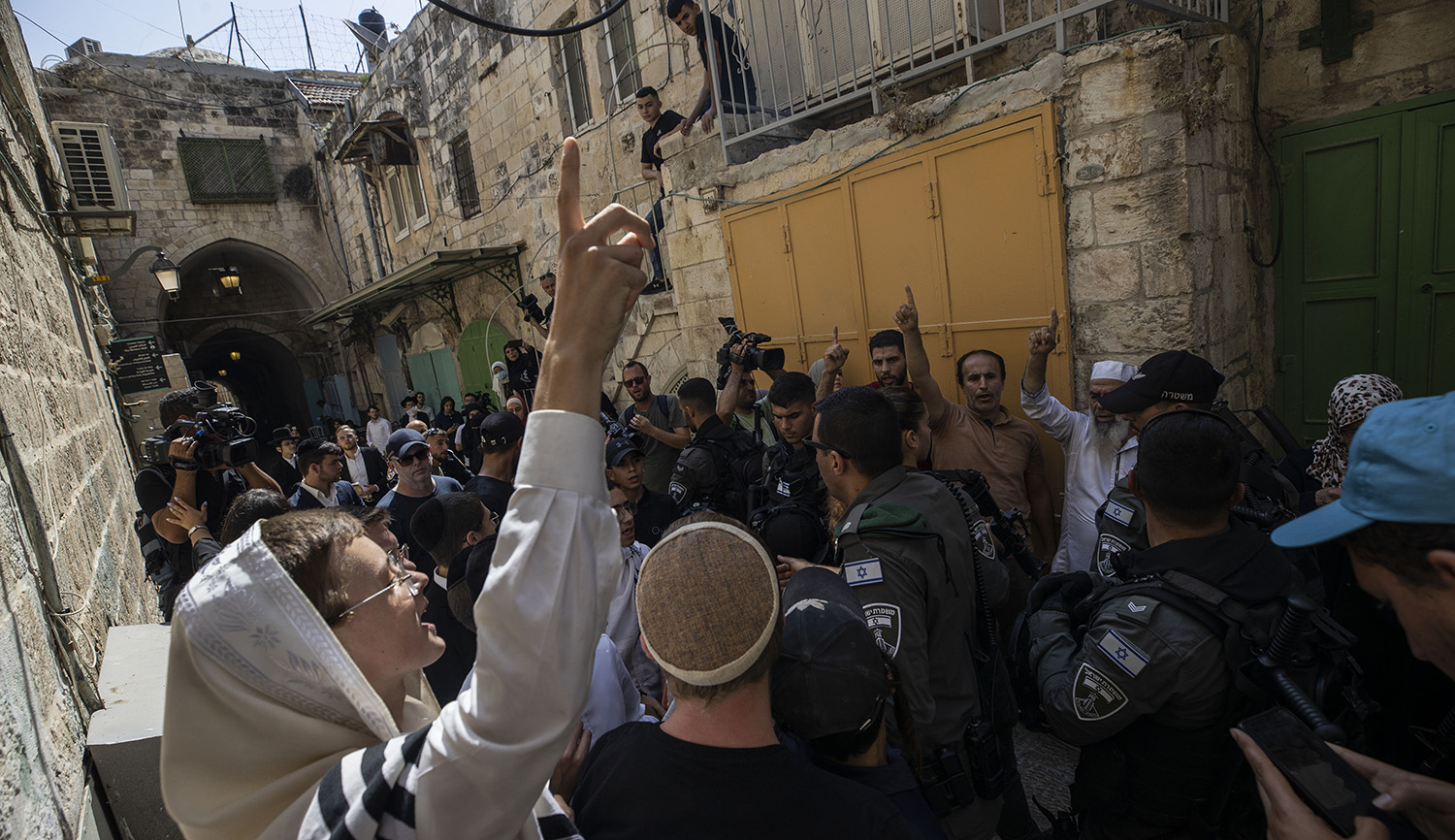 Response
Motti Inbari
About the author

In his excellent essay, Daniel Kane shows how the Israeli settlement project has expanded beyond the limits of its founders to include many sectors of Israeli society and not just the adherents of those founders’ own messianic visions of religious Zionism. This was the goal from the beginning: the early settlers knew that for their enterprise to be successful, it would have to pull support from as much of Israeli society as possible. Without broad support, they feared, Israel would eventually decide to pull back from the West Bank.

Such territorial compromises were deeply wounding to the many messianically inspired religious Zionists, among them the founders of the settlements. From the movement’s early days, religious Zionist thinkers have sought to imbue the Zionist enterprise with covert messianic significance. The religious philosophy of Rabbi Abraham Isaac Kook (1865-1935) holds particular influence. According to Kook’s thinking, the Zionist body acts in the material realm, but its innermost core aspires to eternal spiritual life, which constitutes the “real” foundation for its operations and aims, even if the body is unaware of this.

The Israeli victory in the Six-Day War in 1967 particularly strengthened the activist wing of religious Zionism. The spectacular Israeli victory was understood as a manifestation of the divine plan and a preliminary stage in the process of redemption. The young guard of religious Zionism was therefore motivated to establish settlements, which they thought was a form of participation in the divine plan for redemption.

But, as Kane ably points out, the subsequent Israeli territorial compromises provoked a theological crisis, a crisis that, with the disengagement from Gaza in 2005, became fundamental. The religious dilemma is indeed profound: how can a state that uproots settlements and hands over parts of the biblical Land of Israel to Arab rule be considered “absolutely sacred?” What sublime religious meaning can be attributed to the actions of a secular state that threatens to destroy by its own hands the chance of realizing the messianic hope? Could it be that viewing the Jewish state as fulfilling the divine will was a mistake?

The rabbinic elite of the ideological settlers has come up with several answers to these threatening theological questions. One answer is that of Rabbi Yehuda Amital, who (as we saw in Kane’s essay), profoundly transformed his religious beliefs and came to reject the messianic view of Zionist action. This reversal occurred during the early stages of the Oslo process. As a result, the rabbi became a prominent advocate of the agreement, which he thought would prevent bloodshed. Amital’s approach to coping with messianic failure was pragmatic and enabled him to defuse messianic tension, admit theological mistakes, and retreat from messianic mysticism.

Another answer to the crisis of messianic meaning belongs to the “statist” school of messianic religious Zionism, led by famous rabbis like Zvi Tau, Yoel Bin Nun, and Shlomo Aviner. Although each of these rabbis offers a slightly different argument in the details, common to all of them is the view that the state of Israel is sacred, God created it as part of His plan for redemption, and therefore there should not be any confrontation with the state about territorial compromises. They see redemption as a protracted and complex process that does not necessarily follow a constant upward path. Thus, territorial compromises are a test of faith that demands special fortitude. This approach has advocated strengthening the settlements even in times of crisis and despair as a manifestation of religious commitment and dedication; those who follow it call for a large-scale outreach campaign to “settle in the hearts” of the non-religious Zionist Israeli public. Many if not most mainstream messianic religious Zionist rabbis adhere to this statist approach, maintain their bond with the Israeli state, and perceive territorial compromise as a religious, spiritual, and political challenge that must be faced with devotion and determination.

The third answer, by contrast, has been a militant post-Zionist response. Its adherents declare that the classical secular Zionist mission has ended, and that it is now time for religious Jews to take over the state and establish a Jewish theocracy. The followers of this outlook tend to be more violent toward their Palestinian neighbors, and carry out revenge “Price Tag” operations. As Kane observed in his essay, much media and scholarly attention has been focused on this small subgroup of militants.

Going beyond Kane’s essay, another aspect of the post-Zionist response has been a stronger affinity toward the Temple Mount. This year alone, more than 40,000 yeshiva students visited the Temple Mount, breaking the record for Orthodox Jewish visitors. Until only a few years ago, most religious Zionist rabbis prohibited their followers from visiting the Temple Mount due to complicated issues of religious impurity. (Indeed, almost all ḥaredi rabbis still consider it a grave sin to go up the Temple Mount at any point before the messiah’s coming.) The many visitors to the Temple Mount reject a total ban on entering the Mount and believe it is safe to walk inside parts of it without violating its sanctity. They use their visits to express their disappointment with a state of Israel that has dismantled settlements and evacuated Jews from their homes. By going up to the Mount, the visitors are attempting not to hasten the messianic end by building more settlements—a path that now seems to them to lead to a dead end—but are attempting to hasten messianic redemption by showing attachment to the holy Mount. (Likewise, they take part in projects that attempt to build the Third Temple.)

Daniel Kane is thus correct that any discussion of the future of the settlement movement must begin with an honest acknowledgment of the simple fact that, though it has grown dramatically in the last few decades, the movement no longer exists as a coherent whole and has splintered significantly. The messianic religious Zionist communities, the ideological drivers of the movement, are still dealing with the theological crisis posed by the territorial withdrawals of that timespan, a crisis that challenges their ideological foundation and has sent them scattering in search of different answers. Which of these answers will win out in the future, if any, is still an open question.

Why So Many Israelis Dropped Their Opposition to Settlements
4. Last Word