The continued cover-up and obstruction of justice make it a potential future horror as well, and Buenos Aires is still at risk. 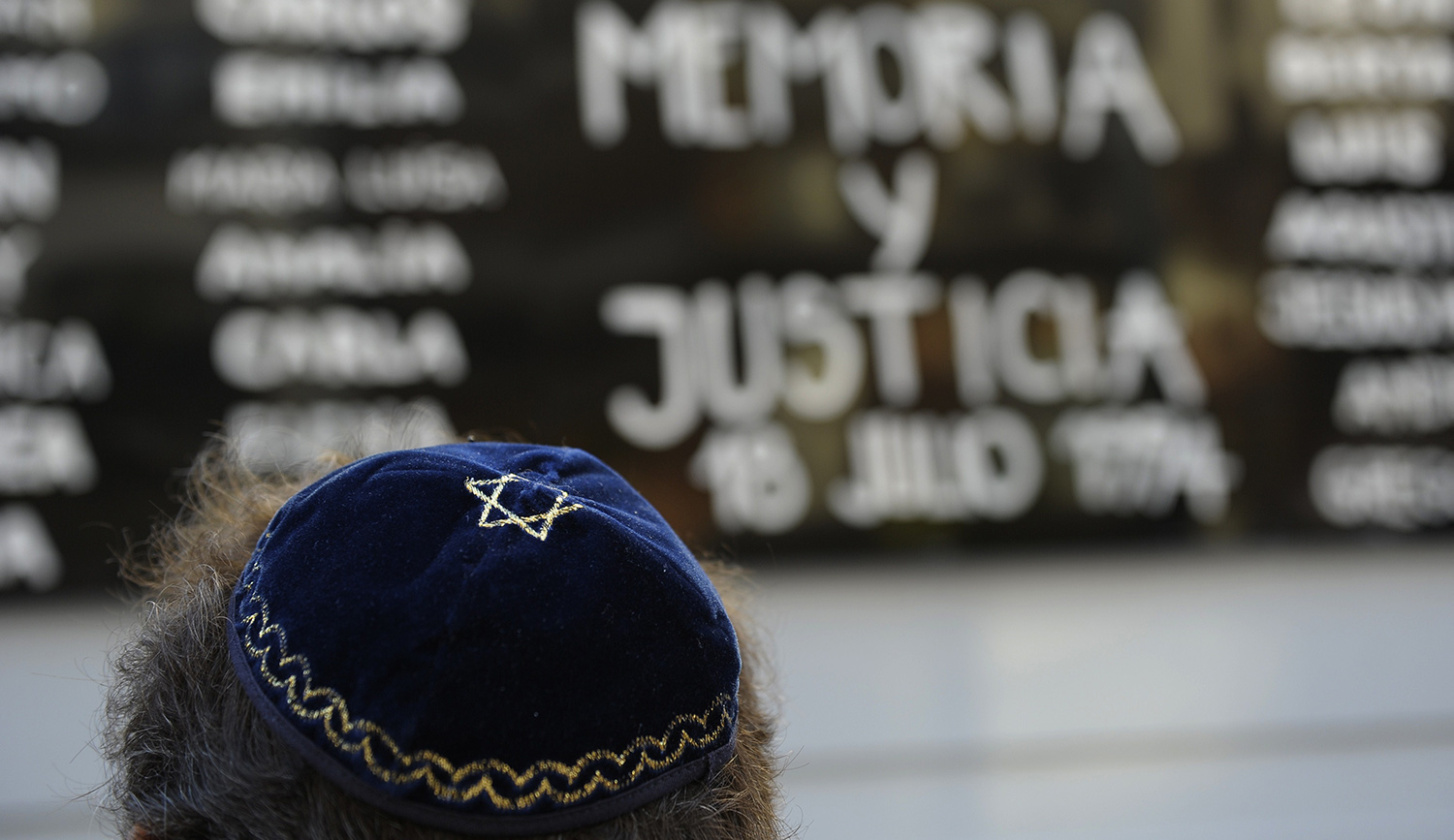 
Avi Weiss is founding rabbi of the Hebrew Institute of Riverdale in New York City and founder of the rabbinical schools Yeshivat Chovevei Torah and Yeshivat Maharat. His most recent book is Journey to Open Orthodoxy.

I greatly appreciate the responses by Matthew Levitt and Ben Cohen to my essay on the catastrophic July 1994 bombing of the Jewish community center (AMIA) in Buenos Aires. Each of these responses, in its distinct way, reinforces and expands upon my analysis in “The Shameful Cover-Up of the Worst Attack on Diaspora Jews Since the Holocaust.”

Noga Tarnopolsky’s response, by contrast, is skeptical both of my arguments and of me. And so, in what follows, I’ll largely focus on her comments, discussing areas of agreement and, especially, disagreement between us while on occasion enlisting support from Levitt and Cohen.

Where Tarnopolsky and I agree can be quickly stated: we agree in our assessment of Cristina Kirchner. As president of Argentina from 2007 to 2015, Kirchner was a disaster for any hoped-for but long-delayed investigation either of the 1994 bombing or of its predecessor in Buenos Aires, the 1992 bombing of the Israel embassy. Most egregiously, Kirchner undertook actively to bury any such investigation, once and for all, by means of a 2013 “memorandum of understanding” with the mullahs of Iran. Only two years later, the special prosecutor Alberto Nisman, who in a series of reports since 2006 had charged Iran with responsibility for the attack, and who was on the point of revealing damning evidence of Kirchner’s own role in the cover-up, was murdered, raising serious and still unresolved questions about the role played in his murder by that disputatious and palpably dishonest Argentinean president.

But if we agree on Kirchner, Tarnopolsky and I disagree strenuously on the role played by an earlier president, Carlos Menem, whose term began in 1989 and who served during both the 1992 attack on the Israel embassy and the 1994 attack on AMIA. I painted Menem as one who in various ways aided and abetted the cover-up; she not only acquits him but contends vigorously that there was no cover-up in the first place. To these contested matters I now turn.

As I wrote in my essay, I was given an opportunity to meet Menem a few days after I’d arrived in Argentina in the immediate aftermath of the AMIA bombing. My hope in coming was to render comfort to the families of the victims and, insofar as possible, to advance the cause of bringing the perpetrators to justice. In the course of our private give-and-take, Menem assured me that a terrorist organization in southern Lebanon, backed by Iran, was already known to have carried out the earlier bombing of the Israel embassy. Presumably, that would make Iran a chief suspect in this case as well.

In light, however, of the fact that Argentina under Menem had continued to have diplomatic relations and to trade with Iran, and had done exactly nothing to hold it accountable and to identify the killers and bring them to justice, this pro-forma admission of Tehran’s palpable guilt rang hollow to me, and still does. Indeed, as Matthew Levitt charges in his deeply informed response, precisely because of the already existing “failure to investigate the 1992 bombing of the Israel embassy,” some of the very same persons responsible for planning and executing that attack, notably including the Iranian intelligence official Mohsen Rabbani and the Hizballah operative Salman Raouf Salman, “faced few, if any, obstacles as they planned the AMIA bombing less than two years later.”

I also felt that the cover-up extended beyond Iran, which is why I proceeded to urge President Menem to probe the possible involvement both of Syria and of extreme-right elements in Argentina itself. For this effrontery of mine, as she sees it, Tarnopolsky pronounces me both “wrong” as to the facts—Menem, she assures us, was the beneficiary of multiple intelligence reports on the earlier attack and was “well-versed on Iran’s modus operandi”—and “rude” in my manner. In fact, she finds me obsessed with my “Syrian hypothesis” to the point of “repeatedly mentioning Menem’s [own] status as the son of Syrian immigrants” and thereby implying that he personally “would have had good reason to cover up a Syrian crime.”

Menem’s personal motives, whatever they were, are irrelevant; his actions, however, are well documented. During the early 90s, as I wrote in my essay, Syria was in control of southern Lebanon. At the same time, there was a concerted Western effort to welcome Syria into the family of nations, and specifically to bring it into U.S.-led efforts to promote Israel-Arab peace negotiations. Menem, the son of Syrian immigrants, used his Alawite background, which he shared with the Syrian dictator Hafez al-Assad, to suggest to the State Department that he might be of some help in advancing American interests in that endeavor. Indeed, at the Middle East Peace Conference held in Madrid in October-November 1991, Syria, of all implacable foes of Israel and the U.S., was one of the Arab parties at the table along with Lebanon, Jordan, and the Palestinians.

Nor was this the only symptom of a general tendency in those days to turn a blind eye to Syrian involvement in terrorist activities in favor of placing partial or sole blame elsewhere, and especially on Iran. In traveling to Madrid for the peace conference to raise a voice of moral conscience, I was accompanied by John Root, a young American attorney who in December 1988 had lost his wife in the December 1988 bombing of Pan Am flight 103 over Lockerbie, Scotland. Although at first Syria had been prominently identified as the instigator of this attack, attention quickly shifted to Iran and ultimately to Libya.

At Madrid, Root lodged a vigorous protest against the American delegation’s sitting with a government responsible for more American deaths than Iran. Many families of Pan Am 103 victims agreed with Root. A few months earlier, they had successfully prevailed on American authorities to pressure Syria to withdraw from a victory parade honoring the coalition forces, among them a Syrian contingent, involved in Operation Desert Storm.

All of this was background to my urging Menem to investigate the possibility of a Syrian as well as an Iranian role in the bombings, and also the possibility that “domestic neo-Nazis” were involved. To my urging, the president replied—”reasonably,” in Tarnopolsky’s estimation—that it was “inconceivable that Arabs and neo-Nazis could have worked together.” But it is entirely conceivable and hardly uncommon for extremists from opposite sides of the spectrum to work hand in hand, as their agendas sometimes overlap and they share common enemies—in this case, Israel and the Jews. (To this point, Ben Cohen’s acute diagnosis of the distinction drawn by governments between Jewish and “general” victims of terror is very apropos. As Cohen puts it in his response to my essay, “The singularly Jewish nature of the AMIA bombing” may itself have “played a part in enabling Argentinian politicians and officials to insert a degree of strategic daylight between themselves and this atrocity [that just happened to occur] on Argentinean soil.”)

In Argentina, moreover, a strong fundamentalist neo-Nazi current within the armed forces, known as the Painted Faces, had provided critical support for Menem’s election as president in 1989. Its chief, a retired army colonel, was known for rallying his troops with the cry, “Remember boys, there are no such things as green horses or honorable Jews.” While in Argentina in 1994, I was told by several eyewitnesses that, just a few days before the AMIA bombing, figures associated with Painted Faces, easily recognizable thanks to news coverage of their early release from prison, were seen on the streets of Buenos Aires.

Clearly, too, Menem’s cover-up shut down any real possibility of investigating the Argentine intelligence, security, and immigration agencies themselves, whose ranks had been packed with figures characterized by the Washington whistleblower Martin Edwin Andersen as “gangsterish elements and Middle East terrorists.” They included not only individuals I named in my essay—like the former army intelligence operative Col. Pascual Oscar Guerrieri, alias “Colonel Roca,” Menem’s brother-in-law Ibrahim al-Ibrahim, and Carlos Aurelio “ZaZa” Martinez, Menem’s immigration chief who in record time bestowed Argentinian citizenship on the Syrian narco-terrorist Monzer al-Kassar—but also Jorge Conti, Luis Abelardo Patti, and others.

Tarnopolsky writes that Menem (to whose personality she applies the adjectives “earthy” and “flamboyant,” and to whose politics the epithet “benignly corrupt”) “has never credibly been accused of showing any tolerance or sympathy for anti-Jewish terror.” However that may be, his appointment of these key figures to high government positions certainly placed the Jewish community in danger. Menem also paid public tribute to a former federal police chief, a man who had helped found Argentina’s notorious right-wing death squads, as the embodiment of his own preferred model of law enforcement. In this connection, I must add that my deepest sympathies are with Noga Tarnopolsky: a member or members of her own family fell afoul of these dirty so-called “warriors.”

In the end, moreover, following their earlier conviction in a “mini-Nuremberg trial” conducted by an impeccable civilian court, the generals responsible for this clandestine repression in which thousands were permanently “disappeared,” received amnesty from none other than President Menem. I contended in 1994, and contend now, that a careful investigation could very well reveal their own involvement in the AMIA attack.

A few particulars by way of concluding:

What this means, most ominously, is that the AMIA saga is not some long-ago horror that can be safely consigned to the past. The continued cover-up and obstruction of justice make it a potential horror of the future. Painful to say, Buenos Aires remains a soft target, a city ripe for more terrorist attacks.

The AMIA Saga Is Not Some Long-Ago and Safely Buried Horror
1. Essay

The Men Responsible for the AMIA Bombing Are Known—and Still at Large
3. Response

In Argentina, France, and Elsewhere in Europe, Attacks on Jews Are Judged by a Separate Yardstick
4. Response

In the AMIA Case There Was an Unconscionable Miscarriage of Justice, But No Cover-Up