How Great is the Threat to Religious Freedom, Really?

The conflict over religious liberty is at once modest in scope and potentially very sweeping. 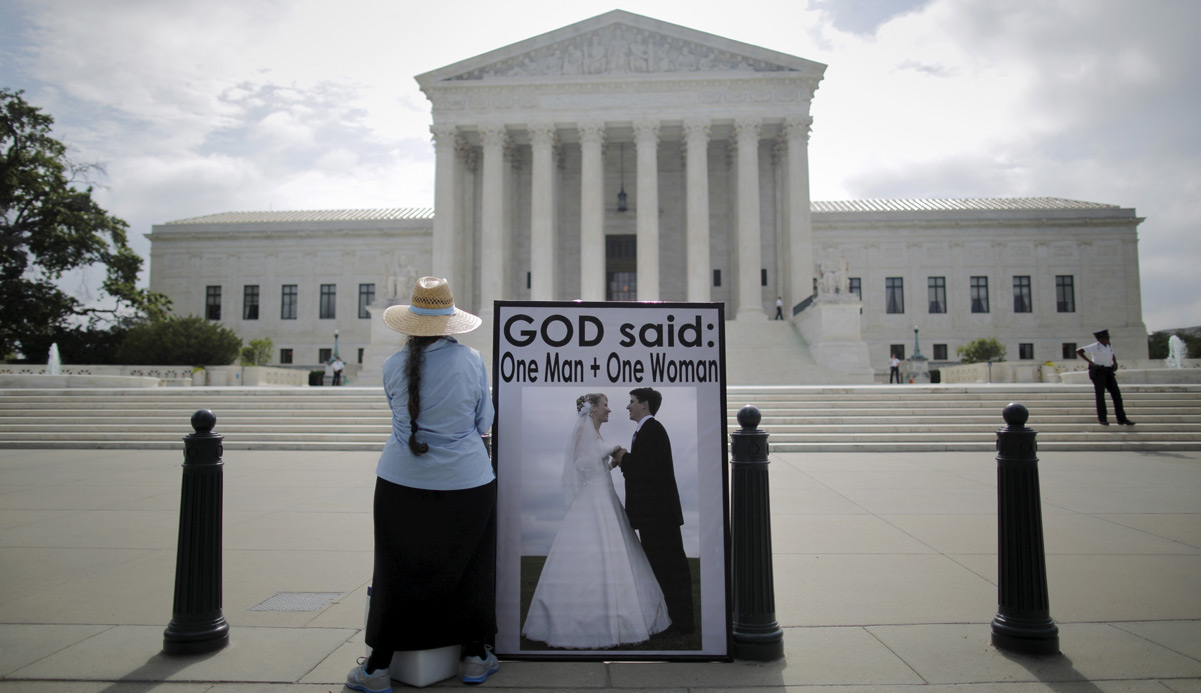 Response
Steven Menashi
About the author


Steven Menashi is an attorney in New York and a research fellow at New York University School of Law.

In “The Decline—and Fall?—of Religious Freedom in America,” Bruce Abramson writes that religious liberty is “under threat” from “an increasingly hostile and energized secular culture” that rejects “classical American liberalism.” In fact, the scope of the conflict he describes is at once more modest and potentially more sweeping than he describes. Let me begin with the former.

Abramson writes that throughout American history, “most legal scholars” believed the First Amendment’s “Free Exercise” clause protected a right of religious exemption from generally applicable laws—a classical liberal consensus that was upset by the 1990 Supreme Court decision in Employment Division v. Smith. That is an overstatement not only of the pre-Smith consensus but also of the classical liberal tradition, in which the notion of religious exemptions always sat uneasily. John Locke, in his Letter Concerning Toleration, opposed such exemptions. Following Locke, Thomas Jefferson maintained that while “the operations of the mind” may indeed not be subjected to “the coercion of the laws,” the “acts of the body” properly may be.

Because of this aspect of the liberal tradition, a purported constitutional right to religious exemptions has always been controversial. Justice Felix Frankfurter, who sided with the government in the flag-salute cases during World War II, wrote that as “one who belongs to the most vilified and persecuted minority in history,” he might be expected to prefer the more encompassing constitutional protection. But in a 1940 opinion that would later be quoted in Smith, he concluded that “conscientious scruples have not, in the course of the long struggle for religious toleration, relieved the individual from obedience to a general law not aimed at the promotion or restriction of religious beliefs.”

This is not to say that Smith was necessarily correct or inevitable, but only that a judicially enforced, constitutional right of religious exemption has played a more limited role in the American story of religious liberty than Abramson suggests. Even during the 27 years in which the Supreme Court formally recognized that right, it only rarely excused a religious dissenter from the challenged law. “At the Supreme Court level,” Michael McConnell has written, “the free-exercise, compelling-interest test was a Potemkin doctrine.”

This experience is consistent with Abramson’s point that, under the recovered pre-Smith understanding embodied in federal and state versions of the Religious Freedom Restoration Act (RFRA), we have not—until recently—seen controversial litigation victories for religious objectors or even much political controversy at all. But it is somewhat at odds with his overall theme that religious liberty hinges crucially on that pre-Smith understanding. Not only is religious liberty broader than that, but it has also gained other victories, including lower barriers to religious expression in public life and to the participation of religious institutions in public programs.

Even within the specific context of religious accommodation, which is where the current controversies are taking place, the battle is more contained than Abramson’s narrative suggests. Rhetoric aside, for instance, the secular activists who object to RFRA-style protections still appear to accept accommodations for religious observance. Abramson cites an op-ed by the deputy legal director of the ACLU explaining why her organization “can no longer support the RFRA in its current form” and calling for its amendment; but in the same op-ed, she defends a constitutionally compelled exemption from military-uniform requirements for a Sikh ROTC student unable conscientiously to shave his beard or remove his turban. Meanwhile, on the other side, religious dissenters seeking accommodation don’t claim a right to exclude customers from their places of business on the basis of sexual orientation or otherwise. Thus, as Abramson notes, the Indiana pizzeria proprietors who said they couldn’t conscientiously cater a gay wedding (should they ever be asked) denied that they would ever refuse to serve customers at the restaurant on the basis of their identity.

The disagreement, then, is over those cases in which providing a commercial service requires some personal participation in activities that are themselves fraught with religious significance. A photographer asked to serve at a gay wedding, for example, is seeking not to discriminate against individuals but to avoid participating in marriage rites that offend her religious beliefs.

The tragic aspect of these cases is that the religious believer’s claim is akin to that of the gay couples who recently won the right to civil marriage. In both cases, the individual is claiming that some aspect of personal identity is so essential that the larger society must accommodate its expression in conduct, whether by solemnizing committed same-sex relationships or by allowing believers to act in accordance with divine commands. The religious believer, no less than the gay couple, seeks, as the Supreme Court put the point in related cases, “the right to define one’s own concept of existence, of meaning, of the universe, and of the mystery of human life.”

The general idea is that as the government seeks to achieve important public purposes, there remains some sphere of personal autonomy it must respect. It would therefore seem plausible that a similar understanding could be reached for the limited claims of religious proprietors. Instead, what is disturbing is that these matters are ending up in court or before a civil-rights commission.

Who, after all, would want to hire a wedding photographer unable to appreciate the ceremony, especially where alternatives are readily available? No one, really. For the plaintiffs and state regulators in these cases, the apparent motive is not to insure access to photography services or wedding cakes—which could be and were purchased elsewhere—but to vindicate a principle about the status of the photographer’s or the baker’s religious beliefs. In other words, to penalize their attempt to live in accordance with their religious beliefs and to define their own “concept of existence” and “meaning.” This has given us the strange spectacle of, for example, the Colorado Civil Rights Commission ordering a local bakery to produce a wedding cake and requiring it to undergo “comprehensive staff training” regarding anti-discrimination.

Greater clarity might be achieved by focusing on the two Jewish practices that Abramson identifies: circumcision and kosher slaughter. Rather than cases in which the religious believer seeks to avoid participating in objectionable rites, these are ritual practices in which the believer must participate but which might be restricted by general laws aimed at other purposes. Indeed, it was the feared loss of constitutional protection for just these sorts of practices, plainly central to religious identity, that led to the initial backlash against the Smith rule. As Abramson writes, that backlash occurred not only among legislatures adopting RFRA protections but also in courts that rejected the Smith rule as a matter of state constitutional law. In a 2006 opinion, Catholic Charities v. Serio, the New York Court of Appeals even wrote that a hypothetical case in which “uniform regulation of meat preparation could put kosher slaughterhouses out of business” would fall “well beyond the bounds of constitutional acceptability.”

In this respect, Jewish practice illuminates the essentially Protestant source of Jefferson’s too-easy separation of religious faith from religious conduct. For Jews, as for Catholics, Muslims, and other minority faiths, religion finds expression in a community and in communal practice. When Christian believers, now clashing with a secular majority culture, claim that their faiths must follow them outside their churches and into everyday life, they are saying something that Jews can and should appreciate. This, indeed, is what lies behind Abramson’s explicit appeal to Jews to help “Christians secure the Christian nature of their community as a necessary step toward securing the Jewish nature of their own.” Certainly the principle at stake—namely, that religion means more than internal and private worship—can be a characteristically Jewish contribution to the debate.

Abramson hopes Jews will join Christians in actively making the case for religious accommodation. Worth noting in this connection is that at least some Jews already are. In the recent Hobby Lobby litigation, for example, a coalition of Orthodox groups, including the Orthodox Union and the Rabbinical Council of America, filed a brief in support of the Hobby Lobby stores. The American Jewish Committee, for its part, came out the other way. This bifurcated pattern among Jews reflects a national political climate: one in which the more religious and the more secular find themselves grouped in opposing camps.

According to Gallup, a leading predictor of voting behavior is not religious affiliation but religious “intensity.” The same dynamic might help to explain why debates over religious accommodation have suddenly become so heated. In any society, as James Madison put it at the founding, “the best and only security for religious liberty” is not a legal provision but a “multiplicity of sects.” The reason? “Where there is such a variety of sects, there cannot be a majority of any one sect to oppress and persecute the rest.” Adam Smith elaborated the point in The Wealth of Nations:

The interested and active zeal of religious teachers can be dangerous and troublesome only where there is either but one sect tolerated in the society or where the whole of a large society is divided into two or three great sects.

America’s constitutional structure aimed at promoting a religious pluralism that would lead the multiple sects to check each other and thus to moderate their political objectives. Today, with the rise of a substantial secular faction promoting its own “concept of existence,” and religious believers huddled together in a defensive posture, we might be witnessing political debates marked instead by two “great sects.”

Under these “dangerous and troublesome” conditions, mutual understanding is all the more important, and Bruce Abramson is right to worry that it doesn’t appear in the offing.

How Great is the Threat to Religious Freedom, Really?
1. Essay

In the Crosshairs of the Assault on Religious Liberty
4. Response

The Price of Pluralism
5. Response