All the President's Blunders 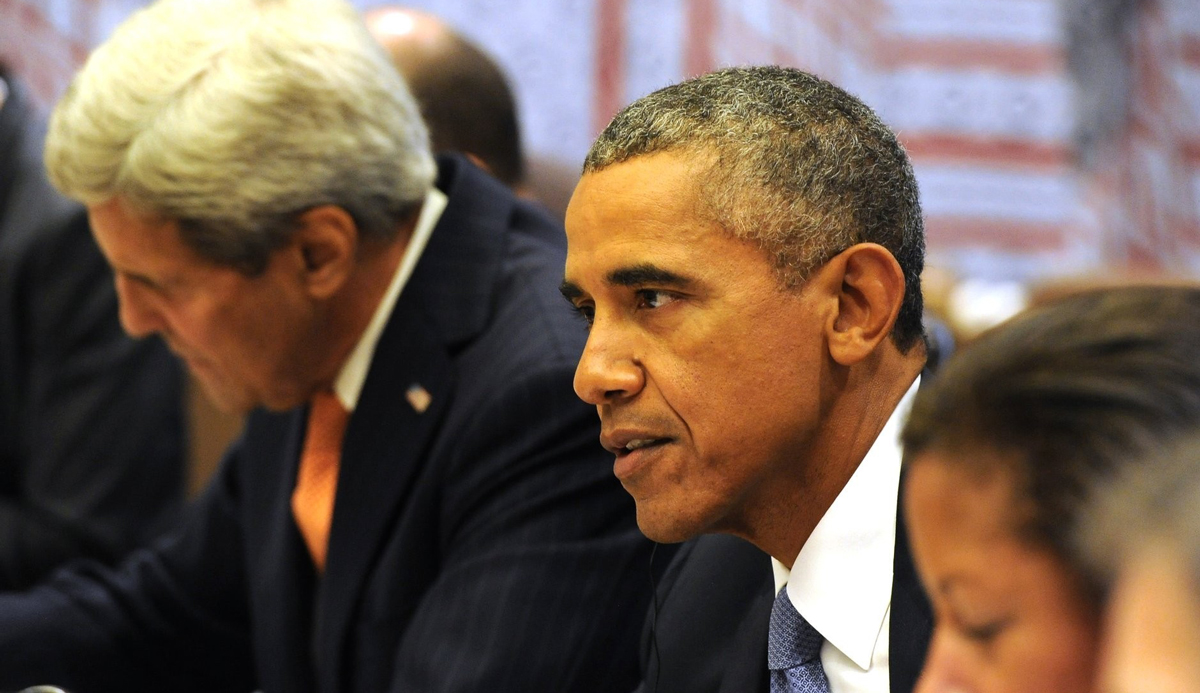 Many thanks to Dennis Ross and Leon Aron for their comments on “Our Man in Moscow.” They’re greatly appreciated.

Dennis Ross is not only an insightful analyst of American foreign policy but a man of affairs with a depth of experience that few can match. In a career that has lasted some four decades, he has advised presidents of both parties, including President Obama. I’m therefore grateful to him for taking the time to respond to my essay, and delighted that he supports my conclusion: namely, that Obama’s approach to the Syrian civil war amounts to a major strategic blunder.

Ross, however, misleads in suggesting that I “should know better” than to explain that strategic blunder as the result of a “conspiracy.” Just to clear the air: I do know better, and I didn’t so explain it. Merriam-Webster defines “conspiracy” as “a secret plan made by two or more people to do something that is harmful or illegal.” Conspiracies, that is to say, involve both secrecy and collusion. Neither element is critically present in my argument.

With respect to secrecy, I did indeed assert that Obama has been hiding certain controversial details of his policies from the American public, and from his own advisers. But I also noted that from his earliest days in office, Obama has been perfectly clear about his general vision of world order. With the passage of time, moreover, he has become increasingly open even about the more controversial implications of that vision. I could hardly have made a compelling case if I did not have at my disposal an extremely large body of public statements expressing his desire to cooperate with Russia and Iran, especially in Syria.

Nor, with respect to the second aspect of the word “conspiracy,” does my essay accuse Obama of colluding with anyone. On the contrary, it argues that the president has long professed his personal hope of wooing Vladimir Putin. Here, too, I base myself on a large body of evidence. In recent weeks alone, for example, Obama has again reiterated his belief that American and Russian interests converge in Syria, and that this convergence requires us to work with the Russians so as “to make the kind of strategic shift that’s necessary and that, frankly, I’ve talked to Putin about for five years now” (emphasis added).

According to Ross, this five-year dialogue with the Russian leader bears no relation to and has exercised no influence on Obama’s actions. Instead, Ross depicts the president’s Syria policy as a series of ad-hoc choices punctuated by some bad breaks and reflecting a complete lack of strategy and purpose.

This conception of Obama as a hesitant man without a clear vision was popular in Washington at the beginning of the president’s second term, but it has steadily given way to a very different view: that the president is large and in charge. An important shift in public perception took place in November 2013 when the journalist Glenn Thrush, writing in Politico, revealed that the president, with the help of a very small coterie of White House aides, was neutering his senior cabinet officials. In Thrush’s reconstruction, the climax of the story took place in August 2013, when the president reversed his decision to bomb Syria without consulting either Secretary of State John Kerry or Secretary of Defense Chuck Hagel.

Over the last two years, countless additional reports have corroborated Thrush’s depiction of a centralized White House. All three of Obama’s former secretaries of defense have testified that he micromanages the bureaucracy on key issues—Syria being primary among them. Hagel goes so far as to claim that the White House attempted to “destroy” him when he refused to toe the line on Syria. To be sure, Hagel also echoes Ross’s complaint that Obama has no strategy; but he simultaneously confesses that he was completely excluded from the White House inner circle. And Ross himself, in an essay on the evolution of Iran policy, has admitted that he was not among the president’s close confidants. Obama listened to advice from aides, but in the end, Ross writes, he “kept his counsel to himself.”

Ross’s value as an eyewitness is therefore limited, and that value diminishes further when one considers that he left the White House in 2011. It was only many months later that the escalating Syrian civil war forced Obama to weigh in the balance his commitment to America’s traditional allies in the Middle East against his courtship of Vladimir Putin and Ali Khamenei.

Ross avoids any discussion of that calculus and its trade-offs, which are at the heart of my essay. Instead, he explains the whole of Obama’s Syria policy as a haphazard effort to avoid a quagmire. He is correct to say that Obama fears a slippery slope, but that fact is hardly sufficient to explain the president’s actions. One could easily imagine a different president, facing the same circumstances and harboring the same fears, deciding instead to focus on building up traditional allies. To understand why Obama rejected and continues to reject that option, one must contend with his ideas about world order.

Ross admonishes me for dwelling on this issue. My time would be better spent, he advises, by asking, “What are the right lessons to be learned from Iraq and Syria?” That, however, is precisely the question my essay addresses. As I wrote, Obama was among those who, in 2006, convinced themselves that his predecessor, George W. Bush, had committed an egregious error by failing to engage Russia and Iran more constructively. To many foreign-policy professionals on both sides of the political aisle, it was clear that Russia and Iran shared vital interests in the Middle East with the United States and that we should act to “engage” them. That view is more controversial today than it was in 2006, recent years having dealt it a harsh blow. But it is still alive and well in a number of quarters, including the Oval Office.

Leon Aron, in his own scintillating response to my essay, has much to teach anyone interested in understanding the mistaken lessons that Obama has drawn from America’s recent experiences in the Middle East.

Aron opens his response with a “narrow amendment” to my argument in the form of a reminder: when Obama first issued his Russian “reset,” he was more focused on nuclear disarmament than on the Middle East. (Ross makes a similar point in his rejoinder.) I agree that at the beginning of his first term, arms control was Obama’s top priority. If I read Aron correctly, however, Obama was also convinced that a humbler and more congenial approach to Russia would bring dividends in more areas than one. Obama’s commitment to the “reset,” that is to say, was as much a philosophical position as a pragmatic effort to achieve specific policy goals.

When it comes to Syria, at any rate, Aron and I are alike in concluding that Vladimir Putin does not share Obama’s vision of that country (and never will). I reached that conclusion on the basis of a rather narrow reading of Moscow’s interests. For his part, Aron presents a much broader framework in which to understand Putin, one based on a deep reading of Russian history and culture.

The full value of Aron’s approach comes to light in his unmasking of the flawed assumptions behind Obama’s “realist” approach to international politics. The president and his secretary of state, John Kerry, seem to believe that if the U.S. adopts the terminology of an impartial mediator, speaking of Russia as a “stakeholder” with “equities” in Syria, Putin will eventually come around to see the world just as Americans do, and all that is required is patience. As Obama put it recently: “[I]t may take some months for the Russians and the Iranians and frankly some members of the Syrian government . . . to recognize the truths that I just articulated.”

Obama will leave office long before Moscow, Tehran, and Damascus “recognize” those truths, if they ever do. It will therefore be up to the next president to chart a different course. Leon Aron provides him or her with a good place to start: hastening the departure of Bashar al-Assad. The ouster of the Syrian dictator will deliver a strategic defeat to both the Russians and the Iranians while also signaling to our traditional friends in the Middle East that the United States is ready, once again, to work with them to stabilize the region.

All the President's Blunders
1. Essay

Our Man in Moscow
2. Response

Nothing in the Middle East Happens by Accident—Except When It Does
3. Response

Why Obama Can't Catch Up with Putin's Increasingly Bold Moves