The Nation-State Is Needed Now More Than Ever

Postmodern Europeans may not like to hear it, but nation-states are still essential to preserving the continent’s culture and safety. 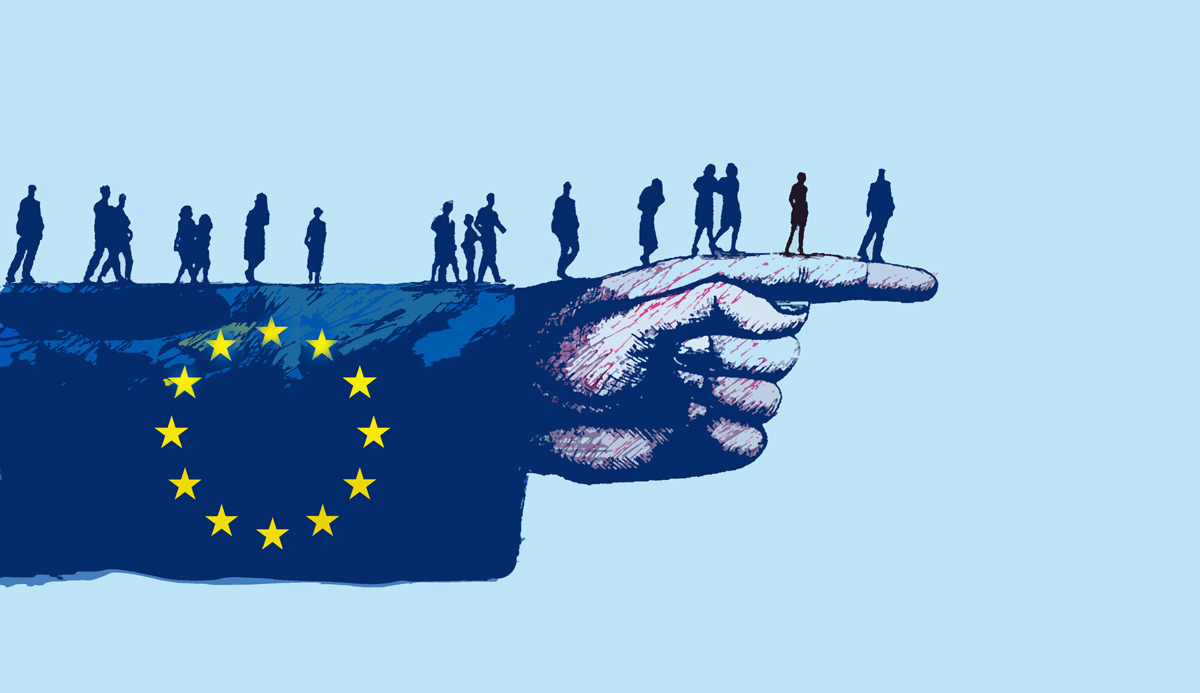 In his introduction to Democracy in America (1835), Alexis de Tocqueville explained that Europeans could learn much about their future from the United States: the place where equality of social relations—the defining feature of the democratic age into which both Europeans and Americans had entered—had reached its most advanced form. The young nation’s experience, Tocqueville wrote, shed light on certain tendencies inherent in democracy that could actually weaken the passion for freedom and the institutions that protect it. Understanding this potentially destructive drift would, he hoped, assist lovers of liberty in both Europe and America in fashioning measures to safeguard freedom and thereby fortify democracy.

One-hundred-eighty years later, today’s Americans can, in turn, learn much about their own future from Europe’s confrontation with well-developed dangers to freedom that, while peculiar to our historical moment, are also typical of mature liberal democracies. As Daniel Johnson warns in his concise, dense, and sweeping essay, “Does Europe Have a Future?,” the continent’s failure so far to grasp the magnitude of the clash of civilizations in which it is embroiled stems from a crippling loss of self-knowledge. That his forceful alarm is unlikely to affect those most urgently in need of heeding it testifies to the precariousness of the European condition.

Evidence of the clash abounds: the state system in the Arab Middle East has fractured; religious war, pitting Sunni Islamists and Shia Islamists against secular authorities (and each other), consumes greats swaths of an area extending from North Africa to the Persian Gulf; in a little more than a year and a half, jihadists have perpetrated brazen terrorist attacks in Brussels, Paris, Copenhagen, Paris again, and California; large numbers of Muslims resist assimilation in the European nation-states to which they have immigrated; and Europe has largely acquiesced in the this tendency of Muslim immigrants to remain in communities apart or, worse still, has encouraged Islamic separatism on the basis of an incoherent multiculturalism that denigrates identification with the nation-state while celebrating every other kind of partial identity.

Evidence also abounds of Europe’s failure to comprehend the structure and seriousness of this clash of civilizations. Especially striking is the pride that leading European intellectuals take in embracing the indictment of the West promulgated by its enemies. In the extreme case, intellectuals and other public figures congratulate themselves for appreciating that the slaughter of European civilians is provoked, if not justified, by Western sins. Establishment thinkers tout this self-enfeeblement as a mark of moral progress.

Europe has lost its way, according to Johnson, because it has turned its back on its distinguishing achievement: the building of a civilization devoted to individual freedom under law. Still less do the majority of Europeans comprehend that individual freedom—in the realms of religion, speech and press, and political and economic life—is grounded in biblical teachings about the dignity of the individual and his capacity freely to take upon himself the obligations of God’s law; in the cultivation of the moral and intellectual virtues, the classical accounts of which are provided by classical Greek philosophy; and in Roman examples of self-government and civic participation.

To this one may add that contemporary Europeans have also lost sight of the roots of their freedom in classical liberalism. Historically, liberal and democratic nation-states have proved to be a singularly effective vehicle for protecting individual rights, since the sharing of a common language and way of life makes possible the cooperation and competition essential to democratic self-government. Yet many among today’s educated Europeans now denigrate the nation-state as a parochial and outmoded form of political organization, one they would replace with transnational rule. Here, too, warnings are plentiful: National Socialism and Communism in the 20th century, and Islamism in the 21st, should remind us that the aspiration to global government is bound up with the aspiration to impose global orthodoxy, which cannot but eviscerate democratic legitimacy and crush individual freedom.

The fruits of the West’s freedom are enervating its willingness to defend itself. By amplifying bourgeois devotion to physical security, ease, and comfort, Western affluence has heightened the risk to, precisely, the West’s physical security, ease, and comfort. In this light, Europe’s dramatic reduction of defense spending is of a piece with its relaxed immigration policies: both suppose that the problems of politics are in principle susceptible of tidy administrative and judicial solutions; both nonchalantly overlook or aggressively obscure the multiplying threats for which the remedies of technocrats and judges fall short.

No doubt, openness to other civilizations is a virtue of liberal democracies, and well-managed immigration fortifies them. No doubt, too, only a small number of Muslim immigrants are terrorists or potential terrorists. But a significant number do seek political recognition of Islamic law and harbor sympathies for terrorism. The upshot is that while the United States, by maintaining the world’s largest military, still protects Europe’s interest in preserving a liberal international order, Europe has been rendering itself defenseless against the internal threat posed by unregulated, large-scale immigration.

Europeans, Daniel Johnson declares, stand at a crossroads. Down one path lies the Islamization of Europe. Down the other, the Europeanization of Islam. Many Muslims have embraced individual freedom and equality under law: all that is required to make anyone a full inheritor of the patrimony of Western civilization. Yet the Islam that multitudes of immigrants have brought to Europe, as a religion and as a way of life, has not made peace with the Western spirit. Unlike Christianity and Judaism, it has not yet squarely confronted the Enlightenment imperative to reconcile its central teachings with recognition of the dignity of all individuals, toleration of religious difference, and respect for individual rights and the consent of the governed.

Crises do sometimes change minds and summon spirits to action. But that does not mean they should be recklessly welcomed: no decent person would desire a catastrophic terrorist attack or the collapse of social and political institutions under the weight of non-assimilating minorities. Crises, moreover, are at least as likely to make minds more reckless as they are to render them more sober, to provoke rage and the rise of violent despotism as to restore ordered liberty.

Over the long term, there is only one secure source of moral and political sobriety in a free society, and that is education. We may not yet know who will educate Europe’s educators in the tradition of freedom, their precious heritage, but we do know the principles and practices underlying and informing such an education. Indeed, the re-Europeanization of Europe on which Johnson’s Europeanization of Islam depends has nothing to do with assertions of race or ethnicity and everything to do with those principles and practices.

To begin with, the recovery of the West’s tradition of freedom does not demand affirmation of an orthodoxy, religious or otherwise, but is grounded in the moral conviction that human beings are by nature free and equal. Neither, however, does it dictate the repudiation of religion; to the contrary, it recognizes that human beings are religious animals who are naturally drawn to rival responses to the mysteries of human existence. It therefore seeks to institutionalize toleration for alternative views about salvation and the duties man owes God, including views that reject otherworldly goods and a supreme being or beings. Finally, out of a vital interest in creating citizens capable of thinking for, and taking care of, themselves, it declines to regard the formation of the next generation as either an exclusively private or a thoroughly public matter. Rather, the recovery of the tradition of freedom in Europe would require a basic literacy and civic education for all while encouraging the most capable to study and learn from the competing ideas and complex history out of which freedom emerged.

A crucial part of such study involves exploring the dangers to, and disadvantages of, freedom itself. That liberal democracy fosters moral and intellectual habits that can actually weaken our hold on liberty and democracy—especially the deleterious habits of treating all values as equal, of shrugging off freedom’s transcendent foundations, and of disdaining the ethical discipline that sustains it—is a core and indispensable lesson of Tocqueville’s nearly two-century-old masterpiece about the age in which we still live.

The Nation-State Is Needed Now More Than Ever
1. Essay

Does Europe Have a Future?
3. Response

For Europe, the Only Way Forward Is Together
5. Response

Why Were Euroskeptics Ignored?
6. Last Word