Why Were Euroskeptics Ignored?

For the sake of Europe’s future, it would pay to revisit the many warning signs that, though pointed out at the time, were mocked, dismissed, or denied. 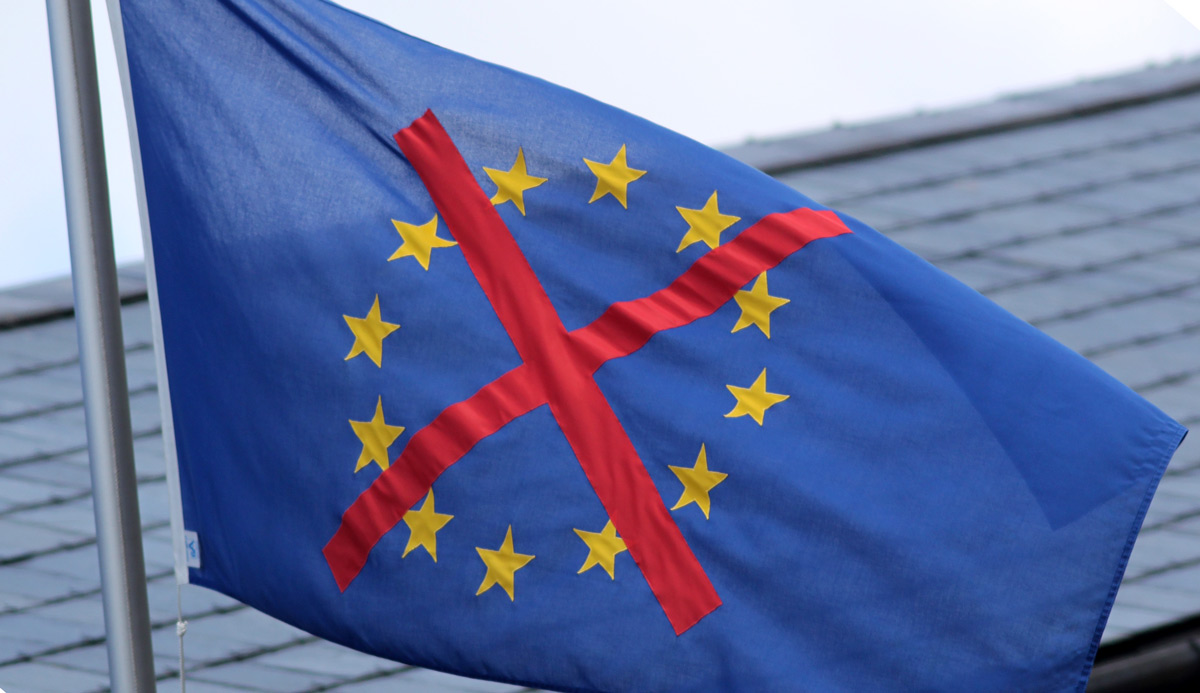 Response
Walter Laqueur
About the author

According to Daniel Johnson, Europe is in grave trouble. These days, few would disagree. To the many longstanding and unsolved problems facing the continent over the last decades, several new ones have recently been added: the economic disaster in Greece and similar economic straits elsewhere, the mass invasion of refugees from the Middle East and Africa, and the looming prospect of a British exit (“Brexit,” for short). Among the latest books about the condition of Europe, none bears the confident title of Mark Leonard’s Why Europe will Run the 21st Century, published only a short decade ago.

Does Europe have a future? That’s the question Johnson asks, and it’s the right question. But there are other questions, one of which is whether today’s crisis came as a total surprise or whether unmistakable warning signs existed that were systematically ignored or denied. This is not a matter of historical interest alone; there might well be lessons to be gleaned for, yes, the future of Europe.

On one historical issue there is general agreement: Europe’s recovery after World War II was a great success story. But at a certain stage, progress became fitful and then ground to a halt. This had to do in part with economics, but an even more important factor, according to many thoughtful observers, was political: namely, the unwillingness of individual nation-states to surrender their prerogatives and agree on a common European policy not just in the economic realm but in foreign affairs, defense, and energy. The founding of the European Union in 1993 was designed to overcome these stubborn divisions by means of a continent-wide project conceived for the good of all.

From the beginning, that project had its skeptics. One of them was the late Tony Judt, a professor of European history at New York University whose A Grand Illusion? (1996) assessed the European project as an artificial construct based on unsubstantiated theories and unlikely to succeed. At the time, the book was reviewed in Foreign Affairs by the historian and political philosopher Stanley Hoffmann, the founding director of Harvard’s Center of European Studies. The review’s title said it all: “Back to Europessimism: a Jeremiad Too Fond of Gloom and Doom.”

Much more to Hoffmann’s liking a few years later was a rather different book about Europe, this one written by Jeremy Rifkin and titled The European Dream: How Europe’s Vision of the Future Is Quietly Eclipsing the American Dream (2004). In those years, such titles were becoming a dime a dozen: Steven Hill’s Europe’s Promise: Why the European Way Is Best in an Insecure Age can stand in for others of the same ilk.

Indeed, over the years since A Grand Illusion?, Judt himself had shed his Europessimism and joined the ranks of the fervent Euro-optimists. His new attitude was on display in Postwar (2005), a history of Europe since World War II; Hoffmann found a great deal in it to praise, hailing the work as a “tour de force” and “monumental.” And the book does have much to recommend it. Unfortunately, Judt’s talents as a prophet were not equal to his talents as a writer: he joined the ranks of the Euro-optimists at the very moment when his original diagnosis was proving itself much nearer the mark.

My own book-length contributions to the discussion of Europe’s present condition and future prospects were certifiably skeptical: The Last Days of Europe (2006) and After the Fall (2010). The latter was disapproved in Foreign Affairs by Andrew Moravcsik, professor of politics at Princeton, who, following in the footsteps of his predecessor Stanley Hoffmann, dubbed it a jeremiad and a right-wing one to boot, adding for good measure that it lacked both subtlety and a factual basis.

What would a subtle assessment and factual basis have shown? In his various writings, Moravcsik was quite explicit on this point: Europe was both economically strong and politically influential, and, since military strength no longer mattered, had become one of the world’s two remaining superpowers. His was a brave, almost heroic effort, deserving an A for perseverance. By 2010, while Moravcsik was awarding superpower status to the continent, most other former Euro-optimists were running for cover in the face of realities that could no longer be denied. The Economist, for instance, only a year after having chided me for excessive gloom, was editorializing that Europe was “staring into the abyss”: language I had never used or would use even now. Stories about Europe elsewhere bore headlines like “In the Storm” and “Is This Really the End?”

In the academic world, historical misapprehensions have usually been rooted in selective overoptimism, for instance during the final years of the then rapidly declining Soviet Union or, contrarily, during the early, heady days of the Arab Spring. In the case of Europe, academics are hardly alone. European presidents and ministers meeting in Lisbon in March 2000 predicted that the continent’s economy would become the most competitive and dynamic in the world, able to sustain permanent growth while providing more and better working conditions and a far greater degree of social cohesion: conclusions that from today’s perspective seem not just mistaken but ridiculously fallacious.

The neuroscientist Tali Sharot has cited a growing body of scientific evidence pointing to the conclusion that optimism may be hardwired to the human brain. This irrational “optimism bias,” as she calls it, may play an especially large role in assessment of political trends. But is overoptimism really, or wholly, responsible for the errors committed by such longtime students of European affairs as Hoffmann, Moravcsik, and their many colleagues? Or could their mistakes have had less to do with overoptimism about Europe and more to do with the well-documented dissatisfaction of American intellectuals and academics with arrangements in their own country and the correlative tendency to idealize or romanticize conditions elsewhere, especially in Europe?

No doubt other factors come into play as well—which brings me back to the question raised by Daniel Johnson. My own view is that Europe does of course have a future. At the outside, one could even imagine a radical reversal of today’s melancholy situation should dangers now universally recognized spark an urgent move toward greater and presumably more sober integration. In the face of the Nazi onslaught, it will be recalled, Winston Churchill went so far as to propose that Britain and France merge and become one country. (Too late: this was literally on the eve of the French collapse in June 1940.)

But more likely than any such scenario is that Europe’s future will be a modest and shrunken one. Looking over what I wrote on this subject ten and five years ago, I find little I would put differently today. Nevertheless, if overoptimism can lead to dangerous delusions, I’d also warn against the opposite danger of throwing up one’s hands precipitously in despair.

History, after all, is not all one way or the other. Yes, there have been many discouraging failures, and notably when it comes to dreams of cross-border integration: one thinks of Simon Bolivar, whose ambitious projects for Latin American union collided with a pronounced lack of enthusiasm for the idea on the part of its intended beneficiaries; what remains of the dream two centuries later is a sub-regional trading bloc called Mercosur plus a few pious gestures in the direction of something greater. But there have also been unexpected cases of recovery from seemingly terminal cases of decrepitude and ennui: think of the dramatic change in the French mood after the fall of the Second Empire in 1870 and the establishment of the Third Republic.

The pharmaceutical industry has produced useful drugs to treat depression in individuals; perhaps one day it will discover a treatment for depression in nations. Until that day arrives, the more likely outlook for Europe is further slow decline—but not a sudden collapse, if for no other reason than that there are always retarding factors, and that other centers of global power are not doing so well these days, either.

In brief, neither apocalypse nor abyss. Life still stirs not only at the top, among the elites, but in the political equivalent of the minor leagues. Following the failure of the latest attempt to unite Europe, a new, chastened attempt may yet be mounted at some future date—an attempt informed by careful study of the blunders and overreaching ideological rigidity of its forerunner. This is not exactly a wonderful forecast for a continent that for a very long time functioned as the world’s dominant force. Still, I would like to think that it is too early to give up hope altogether.

Why Were Euroskeptics Ignored?
1. Essay

Does Europe Have a Future?
2. Response

The Nation-State Is Needed Now More Than Ever
3. Response

For Europe, the Only Way Forward Is Together
6. Last Word