Has a Golden Age of Sunni Cooperation Dawned?

The Arab Spring has damaged non-Sunnis as much as Sunnis; to the latter, it has actually brought a newfound convergence. 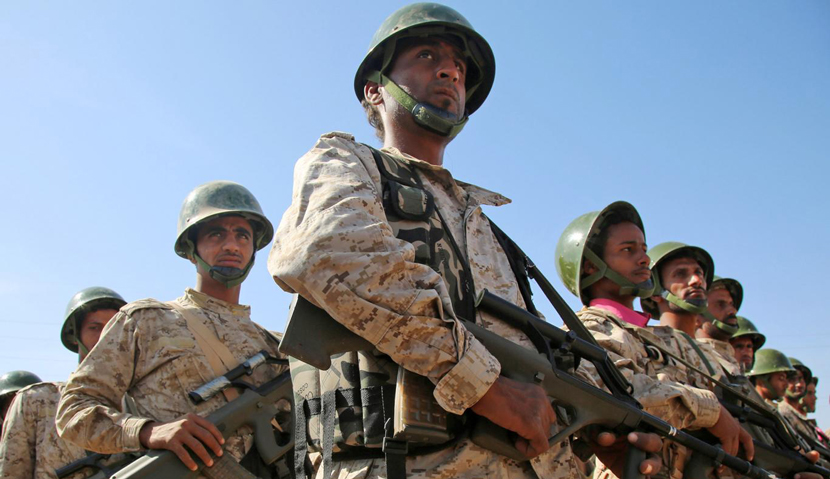 Response
Amos Yadlin
About the author


Amos Yadlin served as Israel’s chief of defense intelligence and then, from 2011-2021, as executive director of the Institute for National Security Studies (INSS) in Tel Aviv.

Beginning in 2011 with the Arab Spring, the Middle East—as Ofir Haivry correctly observes—has undergone irreversible changes. In his judgment, these events marked “the crumbling of a century-old Sunni Arab regional order.” But this view ignores both the region’s history and its current trends. In fact, there never was a single Sunni Arab order; rather, there were numerous competing Sunni orbits. Nor has the Arab Spring done greater damage to Sunni Arab states than to non-Sunni ones (or to those affiliated with Iran). If anything, the current unrest has molded today’s Sunnis into a more unified bloc in the effort to maintain regional stability.

Let’s take these points one by one.

Prior to the rise of Iran and the recently growing threat of instability, Sunni Arab leaders displayed little sense of sectarian solidarity. Throughout the 1950s and 60s, Egypt’s Gamal Abdel Nasser denounced the royal family of Saudi Arabia and encouraged revolution against them and other monarchs; for their part, the Saudi royals offered asylum to the members of the Muslim Brotherhood, the group that allegedly attempted to murder Nasser. The tension between the two regimes culminated in the mid-1960s when, during the civil war in North Yemen, the Saudis supported the Shiite monarchy and Egypt backed a military coup—thus yielding a proxy war between the two Sunni hegemonic powers. (To complicate the sectarian narrative further, the shah of Iran, who sided with the Saudis, supplied the Yemenite royalists with arms.) A similar pattern arose in the 1991 Gulf War when Saddam Hussein, the Sunni strongman of Iraq, invaded the Sunni country of Kuwait, triggering a U.S.-led campaign against him at the request of the Sunni monarchy of Saudi Arabia.

Next, were Sunni or Sunni-oriented regimes the major casualties of the Arab Spring? Hardly. The Alawite Assad regime in Syria, a critical conduit for Shiite Iranian influence in the Arab world, has been militarily and economically devastated by the ongoing uprising against it since 2011, and its future remains in doubt. In turn, the post-2011 chaos in Syria created fertile ground for the Islamic State (IS), whose subsequent march into Iraq was an important factor in compelling Nuri al-Maliki, effectively Shiite Iran’s man in Baghdad, to resign the premiership in 2014. (To Tehran’s dismay, Haider al-Abadi, Maliki’s replacement, has already shown a greater willingness to stand up to Iran.) In Yemen, President Ali Abdullah Saleh, who was deposed as a result of Arab Spring protests, is a Zaydi Shiite. By contrast, the North African countries of Tunisia, Egypt, and Libya, all of which have experienced dramatic changes since 2010, will continue to be ruled by Sunni Arabs for the foreseeable future, if only because all of the centers of power in these countries, whether affiliated with the Muslim Brotherhood or with the military establishment, are dominated by the Sunni majority.

Haivry is on similarly shaky ground in citing America’s progressive post-cold-war withdrawal from the Middle East as a significant factor in the regional chaos. It is probably true that, in urging President Hosni Mubarak to step down, Barack Obama hastened the fall of a longtime U.S. ally. But it is not clear that, left to his own devices, Mubarak would have been able to halt or reverse the momentum of the millions who opposed him; other Middle East dictators who sought to do so succeeded only in plunging their countries into civil war. In the end, the discontent in the so-called Arab republics, Sunni or otherwise, is much more the result of decades of governmental corruption, institutional decay, economic malfeasance, and an immiserated citizenry than of Washington’s reduced military presence in the region.

Haivry’s assessment here elides one of the major lessons of the post-Saddam occupation of Iraq: namely, the demonstrated failure of Washington’s inflated belief in its ability to shape events in the region. Withdrawal was the inevitable consequence of that failure, not its cause. Besides, to see the Arab Spring as a culminating product of the post-cold-war retreat of the great powers is to ignore the fact that over the last 100 years, the only two wars fought by U.S. forces in the Arab world took place after the cold war came to an end.

Finally, the real problem with Haivry’s analysis, as I hinted at the start, is this: far from witnessing the collapse of the Sunni Arab order, we have entered an era more akin to a “golden age” of cooperation among Sunni states. True, in the early days of the Arab Spring, the Gulf state of Qatar used its money and its media outlet al-Jazeera to support the opposition forces of the Muslim Brotherhood, thus undermining the region’s more conservative actors. But by 2014, unified action on the part of the Gulf states had not only brought this practice to an end but had helped to pull the region’s major Sunni players into the same camp. Contrast this to what happened in 2002 when Saudi Arabia, acting alone, withdrew its ambassador from Doha over Qatari interference in Riyadh’s internal affairs; that issue took five years to resolve.

Other examples of recent cooperation include the Saudi-led intervention to put down civil unrest in Bahrain; the billions of dollars in grants and loans given by Gulf states in order to keep President Sisi of Egypt and King Abdullah of Jordan afloat; Egypt’s return to Saudi Arabia of sovereignty over two Red Sea islands; the April 2016 Saudi grant of hundreds of millions in financial aid to Morocco; and, this past March, the Saudi-led, twenty-nation military exercise entitled “Northern Thunder” that mobilized forces larger than those of a European superpower.

If Arab republics as a whole—not only Sunni Arab republics—have been experiencing crises of legitimacy, the reason is obvious: they have spectacularly failed to provide for their citizens, choosing instead to enrich their ruling cliques while investing heavily in security services to stifle dissent. For their part, Arab monarchies, which have tended to rule more through the dispensing of carrots than through the brandishing of sticks, have largely been shielded from unrest. How long either model can be sustained depends on factors that are notoriously hard to predict: who would have thought a policewoman slapping a fruit vendor in Tunisia would result in three civil wars? Still, at least in the short term, Sunni Arab leaders can rest a bit easier: Arab youth at the moment has little appetite for revolt. As for the longer term, barring unforeseen events, the crystallization of a Sunni Arab network for economic and security cooperation could well enhance the potential for governmental stability and longevity.

With this in mind, David Pryce-Jones, in his own response to Ofir Haivry’s essay, strikes me as having hit the right note: to speak of a Sunni Arab “implosion” or “collapse” is premature to say the least.

Has a Golden Age of Sunni Cooperation Dawned?
1. Essay

The Great Arab Implosion and Its Consequences
2. Response

Is a Century of Sunni Arab Dominance Truly Finished?
3. Response

Revenge of the Sunnis
5. Last Word