Is a Century of Sunni Arab Dominance Truly Finished? 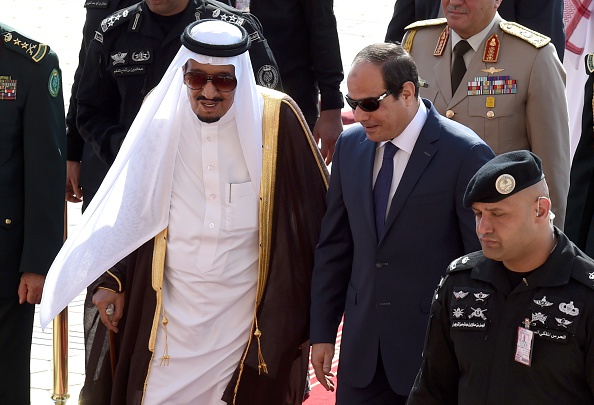 Response
David Pryce-Jones
About the author


David Pryce-Jones, the British novelist and political analyst, is the author of, among other books, The Closed Circle: An Interpretation of the Arabs and Betrayal: France, the Arabs, and the Jews.

Ofir Haivry, in “The Great Arab Implosion and Its Consequences,” puts forward a big generalization about what’s going on in the Arab world. In his perception, circumstances have brought about a complete reversal of the relationship between Sunnis and Shiites, respectively the majority and the minority branches of Islam in proportions of about nine or ten to one.

True, the accidents of history and the distribution of populations have given Arab Shiites a majority here or there—for instance, in Lebanon, Iraq, and Bahrain—but for centuries, as he writes, they have been underdogs ruled by Sunnis. Drawing up the frontiers of the post-1918 Arab order, the imperial British and French authorities, in their brief heyday, followed the old Ottoman custom and handed rule over to chosen Sunnis. This empowerment was supposed to lead to the formation of nations pretty much on Western lines. But nothing of the kind occurred. Arab nationalism proved in practice more or less indistinguishable from Sunni triumphalism.

Today, the absence of anything to be triumphant about is the main cause of what Haivry calls the great Sunni Arab “implosion” or “collapse.” It is also the cause, as he notes, of the anxiety evinced by King Abdullah of Jordan in his 2004 warning of an emergent and encircling “Shiite Crescent” in the Arab Middle East.

Power in the Arab order has always been a straightforward matter of strength and conquest. Copious though it is, Arab literature contains no equivalent of Hobbes, Locke, or Montesquieu mediating and codifying what should pass between ruler and ruled. In the absence of a functioning nation with national institutions, only tribe and sect offer identity and protection. It makes no difference to the man in the street if he suffers repression and injustice at the hands of a monarch in a dishdasha or a general in a khaki uniform; only those of his own kind might come to the rescue. Haivry quotes with approval the classic observation that Arabs organize themselves as “tribes with flags.”

Many, if not most, Arabs will blame their failure to build modern nations on interference by outsiders and on the mere existence of Israel. Ayatollah Khomeini’s revolution in Shiite Iran in 1979 enshrined this apologia as an act of faith. Claiming that Shiites spoke for Islam, the leadership of Iran revived the moribund concept of jihad, supposedly the divine command to win and hold dominion over everyone, believer as well as infidel.

When Iraq’s Saddam Hussein invaded Iran in 1980, he presented himself as the Sunni champion cutting the Shiite threat down in good time. In ousting Saddam Hussein at the turn of this century, the United States unintentionally became in turn an auxiliary of the Shiites. Ever since then, the balance of power has been swinging in their favor. An ungrateful Iran is able to show that it owes the United States nothing, and duly sponsors fellow Shiites to wrest power from Sunnis in Syria, Lebanon, Yemen, and Bahrain. Scarcely a day passes without some notable in Tehran boasting that the regime can do as it pleases, cursing the United States and promising that Israel will shortly cease to exist.

“Events are multiple, alliances are fragile and fissiparous,” is Haivry’s summary of the power game in the Middle East. Often impenetrable to outsiders, politics here is a complex of shifting loyalties and expedient friendships, betrayals and double-crossings known only to the few involved; and for them the alternatives to success are arrest, flight, or assassination. Those who paid that price in the Arab Spring of 2011 were Sunnis.

These discredited rulers have left Arabs “completely exhausted . . . culturally bankrupt.” Haivry elaborates: “No significant industry, no educational institute of note, no admirable political or social experiment.” As their nations fall apart, Arabs are fighting and dying by the thousand on their own soil as well as emigrating by the million to the West that they have been taught to despise.

As usual, tribe and sect have to come to the rescue. Identity proves stronger than frontiers. Nationhood is a real prospect for the Kurds, a more distant one for the Berbers. The civil war in Syria may well end in autonomous statelets for Alawites, Druze, and even Christians. The Palestinians, having always persuaded themselves that the course of history is not a settled thing but reversible, time and again refuse to accept the nation-state they could have. (Paradoxically, or perversely, the European Union wishes on the Palestinians the same nation-state structure that it renounces for its members.) One of the causes of resentment of Israel is that Jews have managed to regroup within frontiers that preserve their identity, thus putting themselves a step ahead of other groups for the indefinite future.

And yet, throughout the centuries of Islam, contenders for power have emerged as it were from nowhere, attracted followers, and headed for conquest. Osama bin Laden, Ayman Zawahiri, Abu Musab al-Zarqawi, Anwar al-Awlaki, the Taliban mullahs, are in this traditional mode—and all of them Sunnis. Civil war in Syria has similarly provided scores of anonymous would-be leaders with the opportunity to raise militias in pursuit of their ambitions.

One among these Sunni careerists is Abu Bakr al-Baghdadi, an unknown quantity until he suddenly erupted on the scene with strength enough to conquer territory in Syria and Iraq. Emphasizing historic continuity, he titles himself Caliph. Within the frontiers of his so-called Islamic State (IS), he and his men enforce their vision of Islam, murdering Shiites and Christians, fighting Kurds and dispossessing Yazidis out of religious obligation. At least for the time being, IS has established branches in Africa as well as the Middle East.

The number and the variety of volunteers for martyrdom as suicide bombers are evidence that al-Baghdadi and his Caliphate exercise a wide appeal. There’s a precedent for this in the Muslim Brotherhood, which started as a secret society of six Egyptians and now has a presence in over 60 countries: a sort of Sunni International on the lines of the old Soviet Comintern.

Whether to co-opt or confront Islamist extremists is a puzzle at the center of the Middle East power game. Instability remains systemic, wasteful of human resources, repetitive, a block to progress and to the life of today. At the same time, though, it offers further evidence of the still-remaining vitality of customary political processes. In the face of the Shiites, the Sunnis are regrouping in familiar ways. As Haivry himself observes, Saudi Arabia heads a Sunni coalition to counter Iranian supremacy. The spectacle arises of these rivals committing identical barbarities that each will claim to be justice in its own case but criminal in the other’s.

Is a Century of Sunni Arab Dominance Truly Finished?
1. Essay

The Great Arab Implosion and Its Consequences
3. Response

Revenge of the Sunnis
4. Response

Has a Golden Age of Sunni Cooperation Dawned?
5. Last Word