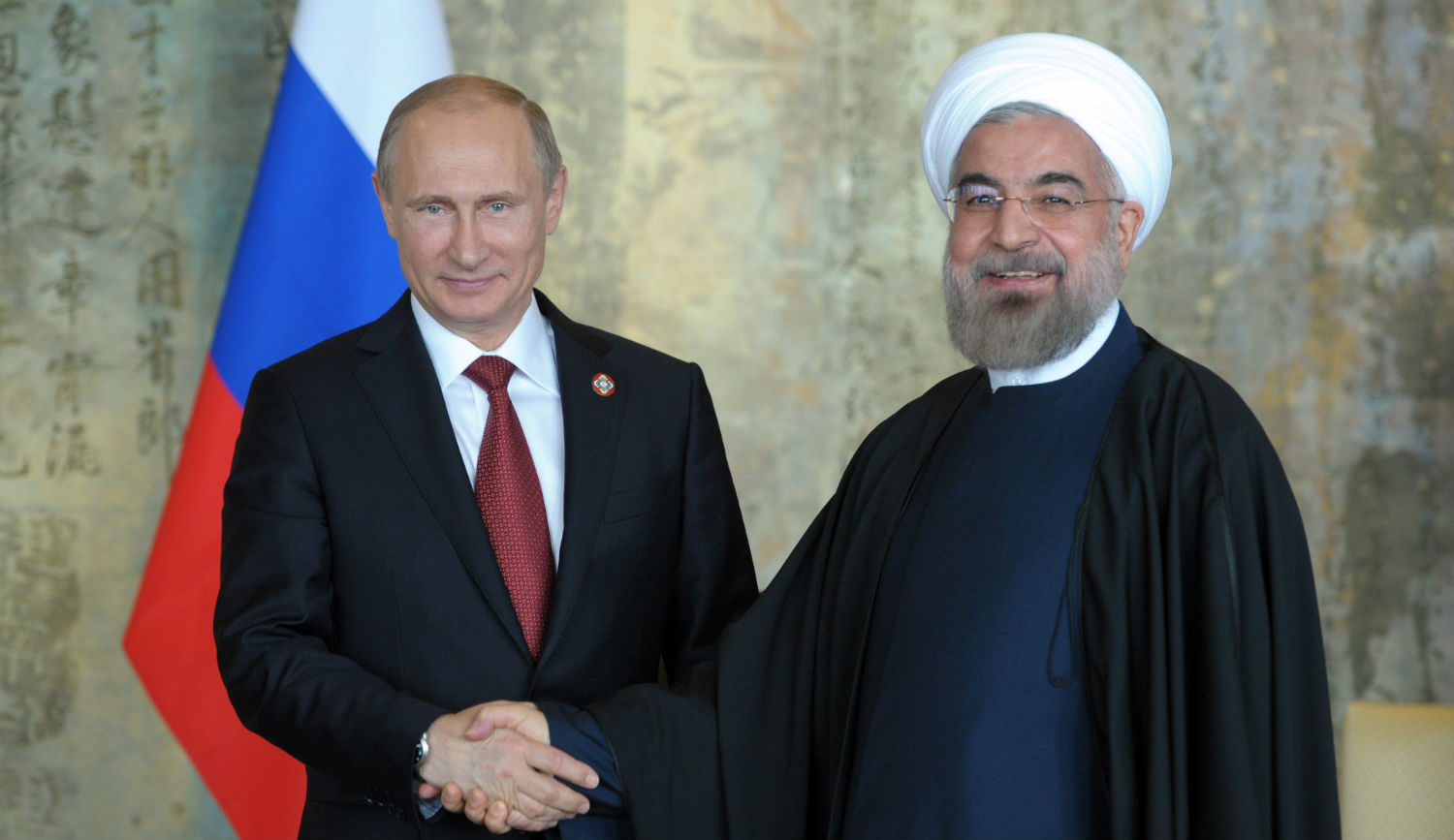 The excellent essay in Mosaic by Michael Doran and Peter Rough articulately lays out the challenges facing American national security in the Middle East and the flaws of U.S. strategy in the region over the past decade. The authors accurately assess the strength of the Russo-Iranian coalition, rightly dismissing the chimerical notion that the U.S. can somehow leverage Moscow to contain or control Tehran. And, again rightly, they ascribe the ascendance of that coalition to the efforts by President Obama to realign the U.S. against our traditional partners in the region as well as to his decision, accepted in turn by President Trump, to focus singlemindedly on the fight against Islamic State before seeking to address the Russo-Iranian challenge, particularly in Syria.

To account for the strength of the bonds between Moscow and Iran is a necessary and important task. No less necessary and important, however, is to avoid the trap of believing that the U.S. is so helpless before their power that we must accept whatever they insist on lest we provoke a conflict we cannot win.

In truth, the Moscow-Tehran axis—which, given the very close cooperation between Iran and North Korea on nuclear weapons and missile research, could be extended to include Pyongyang—is a coalition of the weak. Iran’s economy remains inefficient and inadequate to the needs of the regime and the Iranian people. Long-term sanctions have played a role in producing that weakness, but structural problems have been much more decisive. The outsized role played by the Islamic Revolutionary Guards Corps (IRGC) distorts the economy badly, as does the influence of the bonyads (ostensibly “charitable organizations” but actually mechanisms of state control) and the massive trust, known as the Execution of Imam Khomeini’s Order (EIKO), that is controlled directly by Supreme Leader Ayatollah Ali Khamenei.

These institutions crowd out the free market, turn much of Iran’s economy into a patronage system controlled by the Supreme Leader and the IRGC, and fuel massive corruption. Sanctions relief provided under the 2015 Iran deal (JCPOA) enabled the government of President Hassan Rouhani to improve matters somewhat, but opposition by Khamenei and the Guards to Rouhani’s structural reforms have rendered any such improvement limited and temporary.

The Russian economy is in even worse shape. Dependent on hydrocarbon and arms exports for most of Russia’s revenue, Moscow has been financially devastated by the combination of low oil prices and international sanctions. The effects of the former are much the more significant and long-lasting. Even if sanctions were fully lifted, Russia simply cannot balance its budget while oil remains at anything like its current value. Meanwhile, President Vladimir Putin’s turn toward autocracy and managed kleptocracy has alienated and sidelined the few serious economic reformers in Moscow. Not only is there no real prospect of undoing the structural defects of the Russian economy; there is not even any meaningful plan to do so.

As for the state of the North Korean economy, it requires no elaboration.

It doesn’t follow, of course, that Russia and Iran pose no serious threat to the U.S. and its allies. After all, aggressive military action can conceal and even to some extent overcome economic deficiencies, at least temporarily. If the Russians or Iranians were to threaten or to use military force in order to gain control of significant resources beyond their borders, they might well alleviate some of the worst of their domestic problems without even needing to address their economies’ fundamental flaws. Only in our postmodern world does the idea of states seeking to gain wealth by conquest seem strange; to the contrary, it has been the norm throughout human history.

Thus, Iranian efforts to gain dominant influence in Iraq could prove beneficial if translated into the ability to tap into the latter country’s flow of hydrocarbons, or simply reduce its oil exports and thereby cause a rise in prices. Similarly, the establishment of Russian suzerainty in the Baltics, Ukraine, or Kazakhstan could provide Moscow with influxes of cash and resources.

So we must never lose sight of the danger that weakness can drive expansion rather than contraction, or of the fact that weakness rather than strength is a frequent cause of aggression. Above all, however, we must understand something else: compared with the Russo-Iranian coalition, the wealth of the U.S. and its allies is almost unimaginably vast.

To be sure, economic power is important in security matters only if it is harnessed explicitly to that purpose. Sanctions are one way of harnessing it, and Doran and Rough’s recommendation that we increase non-nuclear sanctions—which, whatever defenders of the nuclear deal may say, do not violate its terms—makes a great deal of sense. Increasing sanctions on Russia is also a good idea.

But it is long past time for the U.S. (to say nothing of Europe) to begin once again seriously investing more of its national wealth in both its foreign-policy and its military systems and structures. The Trump administration’s disdain for the State Department, if perpetuated, will bring about a significant erosion of America’s ability to understand and influence the world, at a cost-savings that amounts to budgetary dust. The refusal of both the White House and Congress to make a major priority of restoring and expanding our military, battered by decades of underfunding and continual war, severely undercuts our capacity to deter, shape, and respond to the multiple enemies and threats we face all around the world.

Designing an intelligent strategy to push back against Iran and Russia while destroying Islamic State, al-Qaeda, and the rest of the Salafist-jihadist movement, and also while containing China and responding to the North Korean crisis, is an immensely difficult task. Executing such a strategy, however, is well within our means. If only we have the will, and stop allowing enemies far weaker than we are to intimidate us, there is no reason why the U.S. should not be able to accomplish all of our core national-security goals. To repeat: if only we have the will.