A brief history of immigration from the European perspective, and its lessons for others. 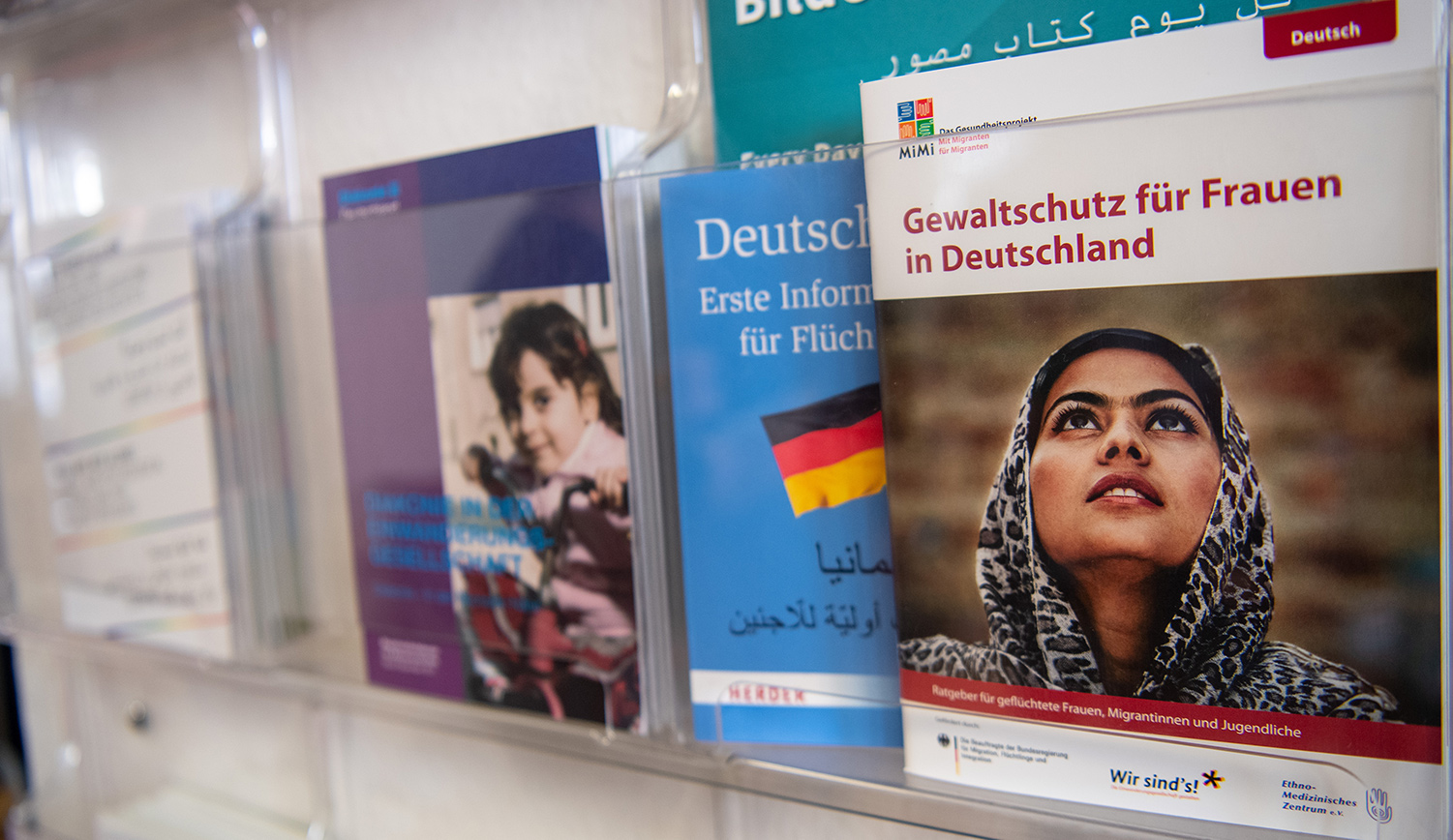 Response
Daniel Johnson
About the author

From a European and particularly from a British perspective, Nicholas Gallagher’s essay on immigration in Mosaic strikes a chord. I agree with his critique of the refugee/migrant dichotomy as it has come to be applied to the present migration debate on both sides of the Atlantic. Each term has its uses, but “refugee” in particular carries so much historical baggage that it is almost bound to engender not only terminological inexactitude but political conflict.

During Europe’s migration crisis of 2015, a striking linguistic distinction soon emerged among Europeans. Advocates of an open-door policy toward the human wave then sweeping in from Syria and other parts of the Muslim world—that is to say, the liberal elites and the media—referred to them with the euphemism “refugees.” Less enthusiastic Europeans—the great majority—called them “migrants” or, less neutrally, “immigrants” or “foreigners.”

The distinction was also about optics. Angela Merkel, the German chancellor, quickly realized that the masses of humanity headed for her country would have to be detained or excluded in order to deter others from joining them. She also knew that many, perhaps most, were economic migrants rather than refugees. But she could not stomach the inevitable images of destitute people being herded by armed guards into camps— images that, she feared, would instantly evoke memories of the past, memories of a time when Germany had not yet been subsumed into “Europe,” memories still vivid for all those whose families had suffered under German occupation, oppression, or genocide.

And so she conjured up Germany’s “welcome culture,” with images of grateful refugees being greeted not by scowling soldiers but by smiling citizens. It did not take long, however, before tensions developed between the Muslim migrants and native Germans, for most of whom the “refugees” (Flüchtlinge) had mutated into “foreigners” (Ausländer).

For Jews, Merkel’s exercise in gestural politics was more akin to a human experiment than to a humanitarian one. By inviting unlimited numbers of “refugees” to settle in Germany from cultures where anti-Semitism is ubiquitous and lethal, she immediately made life more precarious for the country’s small but hitherto thriving Jewish community. One person’s refugee might or might not be another’s anti-Semite. The polarization immediately provoked by the influx threatened to transform Europe’s most stable political system into a volatile one in which a far-right party became the main opposition to Merkel’s governing coalition while the anti-Zionist parties of the left were drawing much of their own support from Islamists.

Quite apart from the spike in overt anti-Semitism, the migration crisis had also to be seen in the context of Europe’s demographic decline. The long-term impact of a fast-growing young Muslim population on an aging, shrinking nation meant that Germany no longer looked like a hospitable place where Jews could flourish. By playing politics with refugees, German elites have thus forced Jews to think about seeking refuge elsewhere. What kind of omen for Europe would be signified by a second Jewish emigration in a century?

Historically, refugees are those who emigrate for reasons of politics or religion, or sometimes both; other migrants are driven by demographic or economic factors. As Gallagher points out, extrapolating from Jewish history, it’s often hard to distinguish between the two. As for “asylum,” once the privilege of deposed princes, today it is the hope of despised paupers. Migrants are equally varied, from cheap labor for Main Street to whizz kids for Wall Street.

Since 2015, the British, faced with millions of migrants claiming to be refugees, have been more cautious than the Germans. But immigration is still adding to and transforming the population of the UK, and on present trends the figures will overtake Germany’s by 2050. Such levels are unprecedented, driven in both cases by the ideological preferences of liberal elites. As Christopher Caldwell writes in his own response to Gallagher, “the distinction between migrant and refugee is meaningful not as a description of sociological reality but as a set of legal tricks for keeping the door of immigration open.”

So how did this distinction emerge in Britain?

“Refugee,” like the French refugié from which it derives, was originally applied to the Huguenots: French Protestants who sought “refuge” abroad after Louis XIV revoked the Edict of Nantes in 1685, thereby ending religious toleration. The subsequent migration of the Huguenots to the Netherlands, Germany, and especially England was one of the largest demographic movements caused by persecution since the expulsion of Jews from Spain and Portugal in the 1490s. Not since the Norman Conquest had England experienced such a large and sudden influx. Hence the creation around 1685 of a new English word, “refugee,” to encapsulate this unfamiliar phenomenon, and the Foreign Protestants Naturalization Act of 1705, enabling Huguenots to acquire British nationality.

Interestingly, the next large migration to cross the English Channel a century later also coined a new word: “émigré,” meaning the Royalists fleeing the French Revolution. Even though many were threatened by the guillotine, they were not generally seen as refugees but as exiles. Fear of spies prompted the Aliens Act of 1793, which set up an Alien Office to regulate immigration, carry out surveillance, and deport suspected revolutionaries.

Nor would such agitators as Karl Marx and Giuseppe Mazzini, each of whom fetched up in London after the failed revolutions of 1848, be given special rights as refugees. But they were left alone—this, despite their open advocacy of revolutionary ideas in published writings. The Alien Office had been abolished in 1836, and only one person was deported in 75 years.

That situation changed, however, in the late 19th century, when large numbers of Jews escaping pogroms and other manifestations of anti-Semitism in Tsarist Russia arrived in Britain. In 1905, as the debate about the desirability of “refugees” revived, a new Aliens Act was passed that required those arriving in the UK to offer proof of identity and the ability to support themselves.

Under the new terms, refugees were not necessarily more welcome than highly skilled or wealthy migrants. This did not stop Lenin, Trotsky, Stalin and other subversive visitors from coming to London, but it did begin to place limits on the sheer numbers of immigrants. This process accelerated with World War I. When, in the 1930s, a new wave of Jewish émigrés arrived, now escaping from Nazi Germany, the British government proved reluctant to recognize their status as refugees. By 1939, just 70,000 had been accepted.

Later, once the full horror of the Holocaust was taken in, those numbers came to be recognized as shamefully low—though they were not dissimilar proportionately to the American record. The story in the UK., as in the U.S., was that Jewish refugees of the intellectual caliber of Albert Einstein and Sigmund Freud were welcome; ordinary mortals, not so much.

What, then, has changed today? The answer: everything and nothing. To say the least, the numbers are of a different order of magnitude, reflecting technological factors like cheap transportation and the Internet. But the same arguments reappear. Gallagher endorses the argument of a new book by Reihan Salam, Melting Pot or Civil War?, which suggests that the U.S. should adopt a points-based system to cut down on low-skilled immigrants and increase the numbers of the high-skilled. That is, in effect, the system that used to operate before the 1960s, the decade when migration to Western societies began accelerating in an arc that continues to this day.

The distinction between refugee and migrant is now discredited in public if not in elite opinion. The failure to control immigration, especially illegal immigration, played a role in Brexit and in the election of Donald Trump. Having led the world more than a century ago in what demographers call the “transition” from high rates of birth and mortality to replacement levels, the Anglo-Saxon peoples have once again become pioneers in adapting to migratory pressures on their societies.

True, even demographic decline is reversible, if the Israeli example is anything to go by. In his new book The Human Tide, Paul Morland suggests that fertility rates in some Western nations could rise again: “If Israeli women have three children,” he writes, “there is no reason why British or American women should not.”

We shall see. Were the demographic context in the U.S. and UK indeed to change, so, too, might the debate about migrants and refugees. But if Israel is more relaxed about immigration, that is partly because it is a relatively youthful society. Yes, the path to integration for immigrants is eased by good education and skills, as Gallagher and Salam say, but it is also a question of societal attitudes. An optimistic society that is not fearful of bringing children into the world will also be confident enough in its Judeo-Christian values to be capable of integrating migrants and refugees alike.

David Evanier
March
The Great Wave Then and Now
4. Response

Does Jewish History Have Anything to Say about America's Immigration Mess?
2. Response

The Migratory History of the Jews Has Little to Teach about Today's Immigration Woes
3. Response

How to Argue about the Immigration Mess