This is a response to How Will Synagogues Survive?, originally published in Mosaic in March 2021 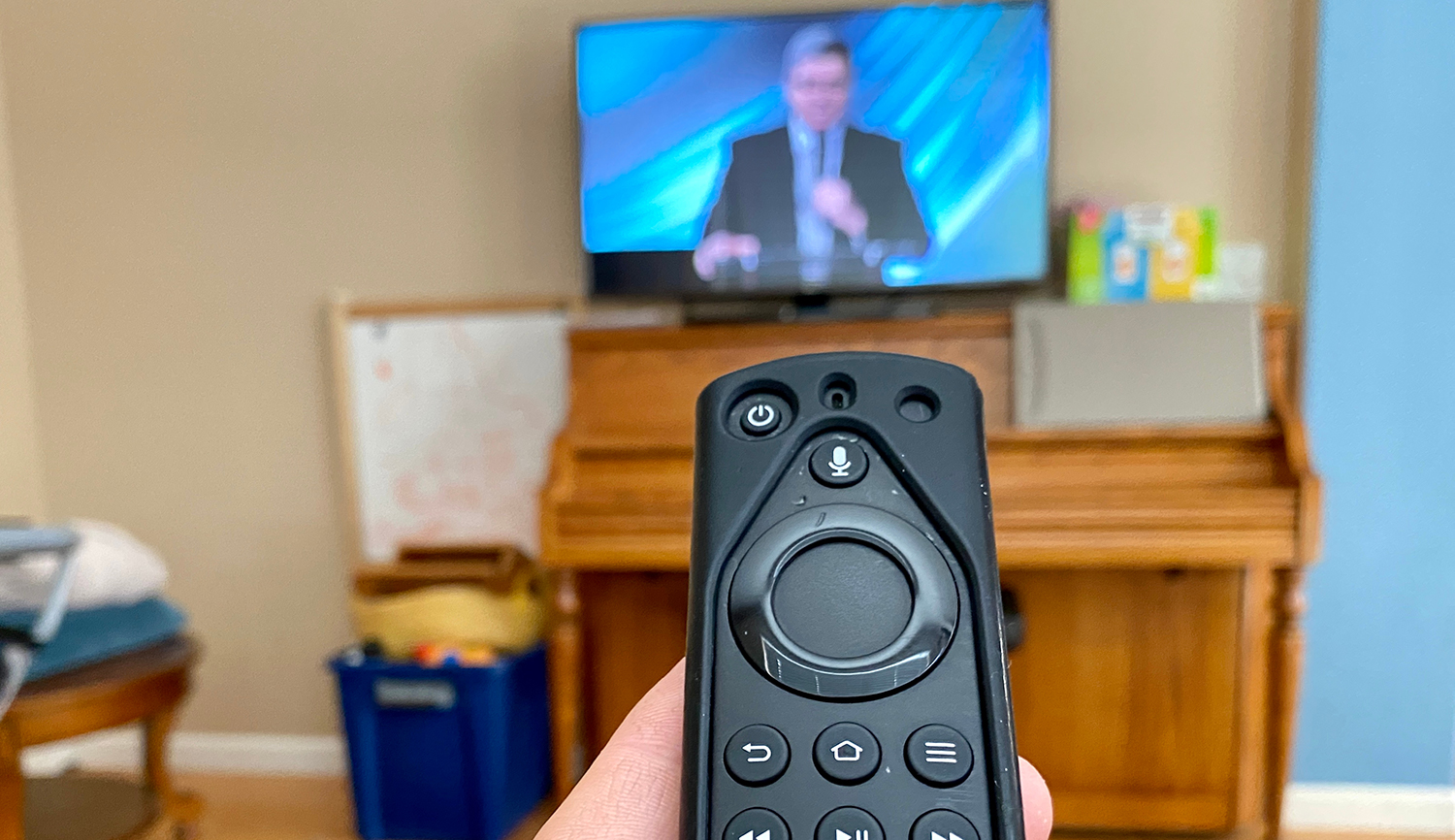 Last week, I had a conversation with a close friend in which we reflected on what changes to everyday life wrought by the pandemic will, twenty years from now, be entirely routine and taken for granted. We agreed that there would probably be a proliferation of unoccupied buildings in cities as employers learn that remote work and Zoom are cheaper alternatives to expensive leases.

The change in corporate culture is just one area where a digital revaluation is in the offing. And it relates to a tectonic shift toward what I call “digital spirituality”—the ability for religious adherents, catalyzed by the pandemic, to mediate their spiritual lives through online communities, on their own terms, displacing the pre-pandemic practice of convening in person, displacing, that is, brick-and-mortar spirituality. Digital spirituality will accelerate as the physical spaces and infrastructures typically associated with religious gatherings are hollowed out and adjusted to the new normal of online religiosity.

So, as a Protestant evangelical Christian, it was with great interest that I read Jack Wertheimer’s essay in Mosaic on the pandemic’s tolls on the Jewish communities of America. Wertheimer’s findings corroborate the fact that no religious body will emerge from this pandemic untouched. And the forces at work on Jewish communities also affect my own; in fact, the experiences and trends he describes happening in synagogues reflect a challenge that our evangelical churches have been wrestling with for roughly three decades now: how to adjust the delivery of religious rites to meet the consumer-like expectations of our congregants.

Wertheimer’s essay recounts the experience of various strands of American Jewry and the respective adjustments many congregations have made to accommodate the unprecedented experience of a pandemic in modern times. In his telling, the more liberal a Jewish community is, the more likely it was to modify its services to accommodate congregants’ social-distancing needs. More traditional communities were the least likely to adjust, with the most traditional segments of Jewry the most resistant. In his telling, there are advantages, disadvantages, and trade-offs.

Various rabbis reported to him that they experienced a happy explosion of participation from erstwhile or nominal participants, some of whose attachment to religious life seems to have been strengthened by their digital connection. Who can deny the easy calculus of these arrangements? If a congregation takes advantage of asynchronous or synchronous technology, it puts religion on a silver platter. But to Wertheimer’s question, “will American Jews return to their synagogues after the health risks abate?” We evangelical Christians have historical and communal experience in digital spirituality that, I believe, can help shed light upon the future of American Jewry.

Based on my experience among evangelicals, the answer to this is not linear, but jagged, and it depends not merely on the availability of technology or media-savvy, but on the community’s self-conception and the depth of its communal and doctrinal attachments. To say it a bit differently, technology doesn’t so much shape the community as reveal its inner state. Technology can both enhance commitment and hinder it, with much depending on the institution and people utilizing it. But it does pose temptations. In my view, the advantages, disadvantages, and trade-offs streaming services offer do not bend, in the long run, toward religious health, but instead toward communal dissipation. An evangelical congregation that notices few, if any, hiccups transitioning to online services to accommodate the pandemic will reveal itself to have been a church where a mindset of convenience has already long been dominant.

Thankfully, my own experience reveals something different. To most evangelicals I know, the pandemic has brought feelings of grief and alienation. Their center of gravity was taken from them. Granted, this could be the case that my subset of evangelicalism tends to be more robustly theological. I should say, I identify less as an “American evangelical”—a broad category that encompasses members of many denominations and churches—and more as a confessional and orthodox Baptist, that is, as a member of a specific denomination with our own structure and doctrines. But the pandemic, I believe, will hasten the loosening of confessional evangelical identity as it becomes even more fragmented and personal. As Wertheimer mentioned in a Jewish context, if you can log on and watch the service of the Christian celebrity on the East Coast, why check-in on the humdrum ordinariness of your local church, whose bumbling Facebook Live services have lousy audio and grainy video?

My own recent experience may be illustrative. When the pandemic hit, my family had only recently relocated to Louisville, Kentucky. Instead of visiting churches to see where we would pursue membership, we were stuck—more like trapped—at home watching several different services. It was awful, and I hope never to have to repeat it. During the lockdown and into the summer, Sunday mornings were marked by irritation and frustration that helped contribute to the cynicism I have toward digital spirituality. I know I am not the typical evangelical in that I possess multiple advanced degrees in theology and ethics, but the despair that settled in during the lockdown had little to do with educational credentials or my intellectual orientation and can instead be attributed to my rediscovery of a profound theological reality that Christianity shares with Judaism: ours are incarnate faiths—designed for real people in full, not disembodied souls. Christians are commanded to “consider how to stir up one another to love and good works, not neglecting to meet together, as is the habit of some, but encouraging one another, and all the more as you see the Day drawing near” (Hebrews 10:25). Some evangelical congregations, motivated by the prospective fear that making worship too convenient would distort the religious significance of prayer and belonging may have been prescient in refusing to implement online streaming even before the pandemic.

I simply do not know how to conceive of a meaningful Christian faith apart from Christianity’s embodied expression in a local church. In this last plague-year, the refrain of my childhood that “an isolated Christian is a dead Christian” proved prophetically accurate. Thankfully, it has been during a pandemic that my family has once again found a church to call “home,” and formally joining was more satisfying after a season of ecclesial drought.

Opportunities for digital worship put religious leaders and worshippers alike in a bold experiment in faith: testing whether convenience and accommodation can muster fidelity and sustainability. Again, in my own case, I have come to notice that the pandemic is partly responsible for my caring less about “evangelicalism” in general and more about Christianity’s particular local embodiment, the local church. Absence makes the heart grow fonder, they say, and the pandemic has made my heart desire my local church. I am not the only Christian, or religious American, to feel that way.

Many American Jews are now able to log on and watch the most compelling rabbis’ services beamed into their home screens. And with that possibility in hand, they perhaps have something to learn from the evangelical history of the megachurch as an institution and the consumer-oriented Christianity that megachurches celebrate. Such institutions were open, embracing, democratic; they lowered any expectations that would detract the “seeker” from entering. The megachurch jettisoned robust doctrine in exchange for what some term “Moralistic Therapeutic Deism”—a web of interconnected ideas that treats God as a milquetoast wizard whose primary purpose is placating human desires through the satisfaction of self-affirming personal wishes.

Wertheimer notes that the transition to online worship and online learning has corresponded with higher rates of participation. In the American evangelical experience, there has been over the last many years a similar correspondence between a hollower theology and expanded numbers. So much is this the case that any remaining theological sophistication is treated by many with suspicion, with increasing numbers of pastors feeling that, unless they keep things as simple as possible, they are likely to lose their flocks and their jobs. The constant reversion to audience satisfaction is a double-edged sword. On the one hand, a pastor cannot be a poor leader and retain his position. On the other hand, a pastor who leads with excellence and in good faith cannot defer to his congregation’s immature tastes while adequately reflecting the fullness of his ministry. Even the apostle Paul says as much (1Corinthians 3:2).

Now, to be fair, what I have described above is not descriptive of all facets of American evangelicalism. What I have in my sights are the evangelical churches that had already begun to eliminate church membership before the pandemic, who measure church engagement solely by the number of seats filled, and whose sermons are full of flattering self-help pieties. In contrast, there are rigorous evangelical congregations today that are both intensely doctrinal and utilize technology in meaningful ways. Such churches will weather the COVID-19 storm just fine, and that’s because the technology was never a measurement of its ministry but an emergency response to a specific crisis. I’m sure many, if not most, churches will continue to livestream, but the healthiest churches will not devote outsized attention to it, or create “online campuses” with exclusively “online pastors.” This latter strategy has been adopted and is currently being implemented in various churches.

The misuse of technology seems to correspond in my experience with a set of generational assumptions and habits of mind. What I describe and criticize above is mostly a project of Boomer Christianity that fit that generation’s experience of fitting spiritual satisfactions into a life that also tended to include disposable income, material comfort and self-affirming entertainment. For Christians who encounter their faith on those terms, the pandemic may well peel them away from religious devotion for good. In real time, we are learning whose faithfulness to church is axiomatic to their existence and whose religious practice is mediated by circumstance.

There are some ways that streaming services can strengthen faith. Elderly individuals who cannot attend in-person services will have new opportunities to stay connected, at least virtually, with their religious communities. When sickness wracks a family, the livestream will be there. When a family vacations, there is now no longer an excuse to miss the pastor’s sermon. Those whose work schedules make Sunday-morning church impossible will have a way to view a service. But all of these situations are accommodations to the messiness of life.

Looking at recent analogues, I cannot name a time where civilizational convulsion of the kind that we are experiencing during this pandemic did not have a long-term negative impact on religiosity. Christianity in Europe collapsed after World War II. Church attendance shot up in America after the terrorist attacks of September 11, 2001, only to settle back to what it was beforehand. The coronavirus threatens to deliver a similar blow, for by treating digital spirituality as a substitute for embodied experience, we are no longer accommodating but instead enabling the forms of spirituality that run contrary to the rhythms established in Scripture and that are borne out through church history. We should resist whatever trends hollow out religious commitment and make observance as convenient as possible. And moving from resistance to reversal, the clergy of all American faiths will need to lead by teaching their communities how digital spirituality is harmful to spiritual health. Religion is never served by being made more comfortable.

My overall assessment of the pandemic and the resultant embrace of technology is not favorable. The moment is right for a growing countermovement of embodied, local religious community that rejects the easygoing beliefs abetted by digital spirituality. That, at any rate, is my hope; my fear is that we will learn that a temporary reliance on new modes of communication and interaction will have made it harder to see that our faith is immature, such that once things return to normal, continued accommodation of livestreaming will simply pave the way for neglect.