This is a response to The Emerging War over Anti-Semitism, originally published in Mosaic in July 2021 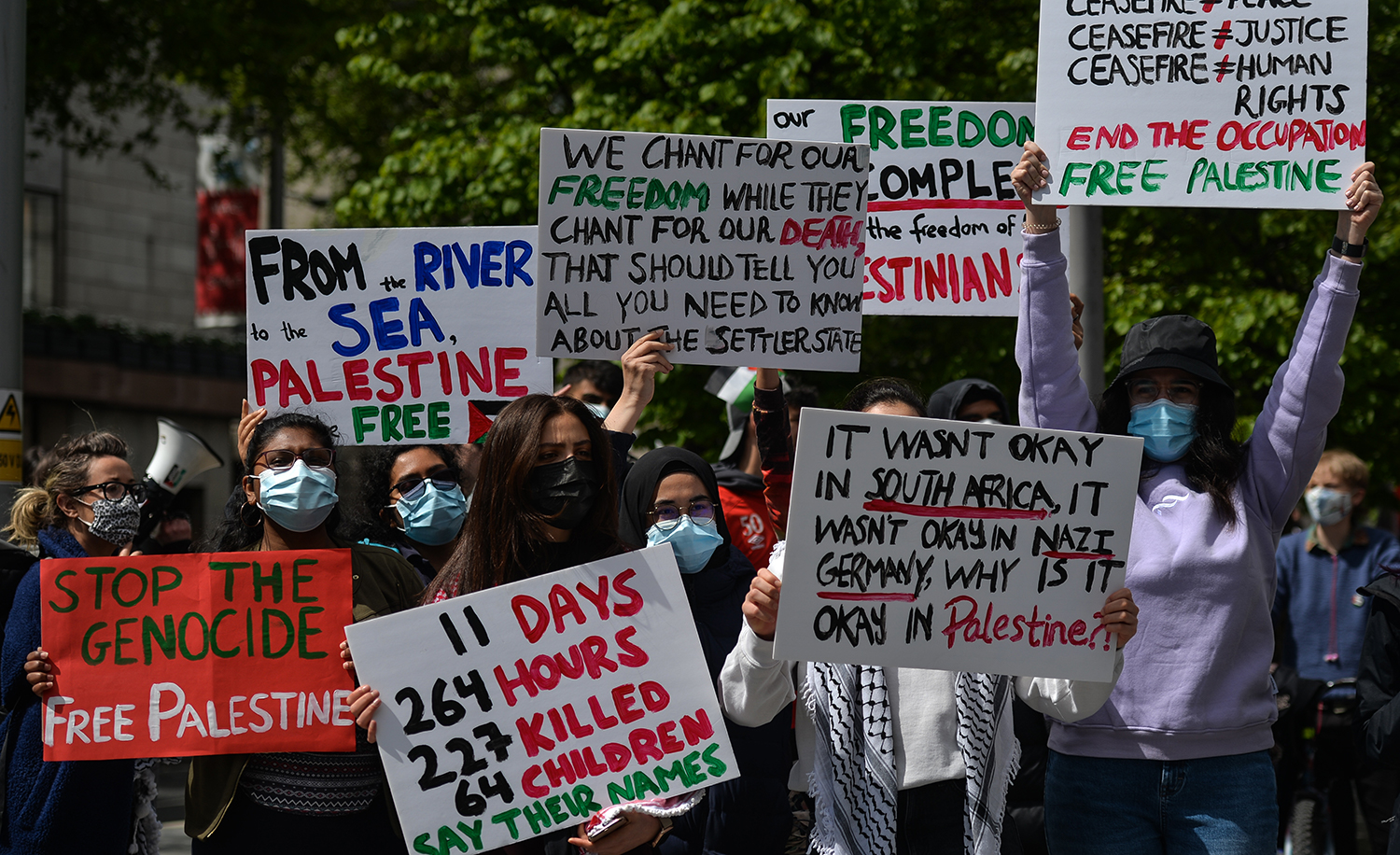 Protesters outside the Israeli Embassy in Dublin on Saturday, 22 May 2021. Artur Widak/NurPhoto via Getty Images.

Joshua Muravchik’s essay is a very smart but strangely academic discussion of two definitions of anti-Semitism. He likes the one that is sponsored by the International Holocaust Remembrance Alliance (IHRA), and he strongly dislikes the other, the Jerusalem Declaration on Anti-Semitism (JDA). The IHRA definition identifies most statements of anti-Zionism as anti-Semitic; the JDA definition, by contrast, tries to establish a distance between anti-Zionism and anti-Semitism, holding that some examples of the first are also examples of the second, but some are not. In his analysis of these two definitions, Muravchik quotes a goodly number of awful anti-Semitic sentences (many of which could be condemned by both definitions); he invokes history; he warns us against becoming complicit in the work of Jew-haters if we don’t endorse the IHRA definition.

I call his essay academic because it is abstracted from the inescapably political environment in which questions of anti-Semitism and anti-Zionism are situated. Muravchik never addresses any of the actual battles in which people like him, or like me, have to respond to anti-Zionist arguments on a campus, in a professional association, or a union, or a political party. Though he identifies me as a signer of the JDA definition, he does not address, or even mention, my reasons for signing it. Those reasons have to do with my political judgments, not my philosophical commitments or definitional arguments. I prefer the JDA because it is more helpful in the immediate circumstances of my political battles.

Muravchik also does not mention that in the very different circumstances of a battle over anti-Semitism in the UK, I endorsed (in Fathom magazine) the position of the people defending the IHRA definition. Local circumstances matter. The critical question, I believe, is always “How do we win the struggle against anti-Zionism?” In the cases where I have been directly involved, it wouldn’t help to ask Muravchik’s question: “Is this anti-Semitic?”

Let me describe, briefly, a typical example. Say a group of left-wing students on one of our campuses, many of them Jews, circulate a petition calling for support of the movement to boycott, divest, and sanction Israel (BDS). These students argue that Israel as a Jewish state is undemocratic and that it should become “a state of all its citizens.” According to Muravchik’s favored definition, this is an anti-Semitic statement since, by denying the right of the Jews to self-determination in the Land of Israel, it effectively seeks the end of the Jewish state. Pointing the finger at anti-Semites is exactly what the IHRA definition encourages us to do, but that is not the way to win the argument.

Our undergraduates might reason that “a state of all its citizens” is, after all, what the United States is supposed to be, and so why is that not right for all the world? We have to explain the different purposes of America and Israel, and the different histories of American democracy and of Zionism. We have to explain why a state of all its citizens is not right for Jews in the Middle East. If we do that well, we have a good chance of winning. The better we listen to the men and women with whom we are involved, the better our chances. To say it again, local circumstances matter.

In my effort to persuade these hypothetical undergraduates, the JDA definition gives me the room I need to make the argument; that’s all it does. And if some of the students rant about how the Jews control American foreign policy or own the media, I don’t need either the JDA or the IHRA definition to call them out as anti-Semites—though I could do so under either definition.

Muravchik is afraid that JDA will provide a cover for real anti-Semites. I am sure that it will, and even that it has. But in his own writing Muravchik shows why that cover isn’t very significant. He has no difficulty penetrating it; nor would I. Moreover, Muravchik’s worry that the JDA could be exploited applies no less to the IHRA definition, which can be used by people who want to censor any criticism of Israeli policies. A distortion, Muravchik would say, and I would agree, but it is a likely distortion. Any political theory, ideology, conceptual system, slogan, or definition can be used and has been used for bad purposes. Still, we can’t do without theories, ideologies, and so on. We make the best choices we can.

The IHRA definition, I wrote, “encourages” us to ask the wrong question. It doesn’t require us to do that. In the typical case that I described, I think that Muravchik would probably argue my way. And if some far-right alumnus rushed onto campus shouting accusations at our interlocutors, “Anti-Semites!,” then he would probably be as embarrassed as I. So let’s figure things out case by case, fight by fight, and not worry about definitional disagreements. If IHRA turns out to be the best way to combat anti-Zionism, I will adopt it.