Podcast: Kenneth Marcus on How the IHRA Definition of Anti-Semitism Helps the Government Protect Civil Rights

A former senior civil-rights official joins us to explain why properly defining anti-Semitism is so important to the U.S. government’s fight against discrimination. 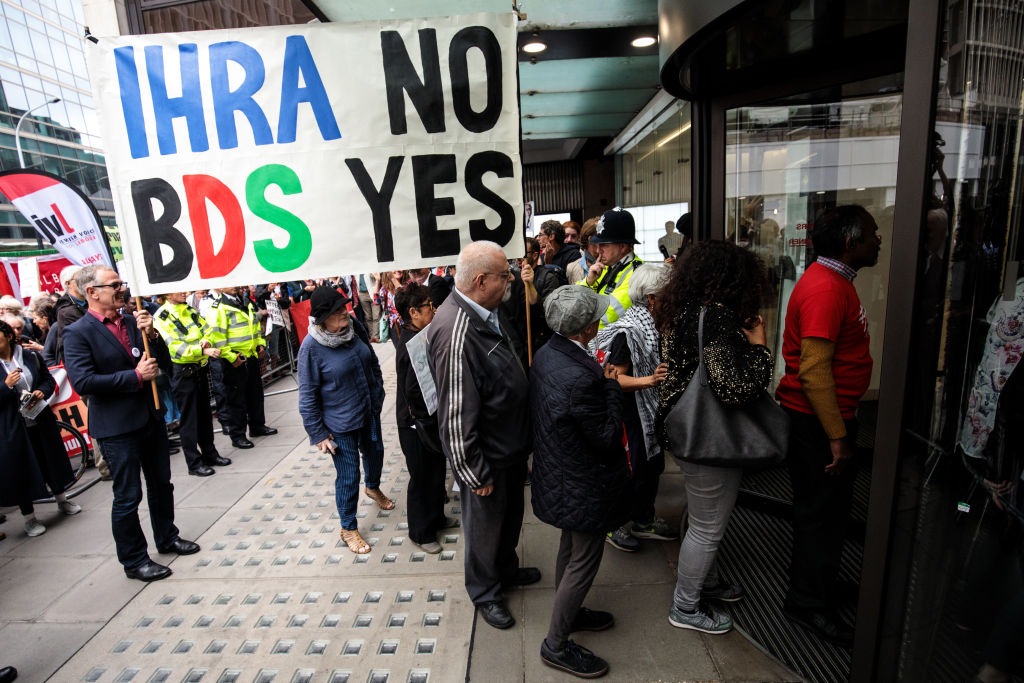 On September 4, 2018, in London, protesters demonstrate against the adoption of the IHRA definition of anti-Semitism. Photo by Jack Taylor/Getty Images.

Response
Tikvah Podcast at Mosaic and Kenneth L. Marcus
About the authors

This week, Kenneth Marcus, who was instrumental in getting the federal government to adopt the IHRA definition of anti-Semitism, joins our podcast. Formerly the assistant secretary for civil rights in the Department of Education, Marcus has played a major role in protecting the civil rights of diverse groups, including Jews facing anti-Semitism; he’s also the author of Jewish Identity and Civil Rights in America, and The Definition of Anti-Semitism. In conversation with Mosaic’s editor Jonathan Silver, he explains how the IHRA definition helps American officials protect civil rights.

Protecting the rights of Jewish students has always been more difficult than other groups, and of course I’ve worked to protect the rights of virtually every racial and ethnic minority, as well as women, the disabled, the aged, and other groups, and yet there’s always more controversy attached to any issue involving anti-Semitism. In fact, even the very basic notion that we should protect Jewish students from anti-Semitism at all had enormous pushback, and it should be surprising I think to your listeners that it was only in 2004 that we provided basic protections to Jewish students, and that even then this policy was largely disregarded for a significant part of the period between 2004 and 2010.

This is very recent, and yet I had pushback along a number of different lines. There were conservatives who thought that I was interpreting the statue too broadly and that we should have a narrower interpretation of the statute. I considered that to be wrong. I think that there’s simply no reasonable interpretation of the statute under which Jews lack protections, it’s simply a straightforward interpretation. There were liberals who thought that the resources of the civil-rights apparatus should be focused on under-represented or non-privileged groups, and that American Jews by and large had sufficient privilege and resources and should not be the beneficiaries of civil-rights investigations. There were bureaucrats who tended to be change-averse, and who are reluctant to change the way things were going. There were some on the left who were suspicious of any effort within a Republican administration to do anything that would protect a religious group, since that looked like some sort of, perhaps, dubious use of the law to protect a religion.