The Price of Modernizing the High Holy Days

Synagogues may no longer be stuffy and hidebound, but contemporary changes utterly transform for the worse the powerful experience of the Days of Awe. 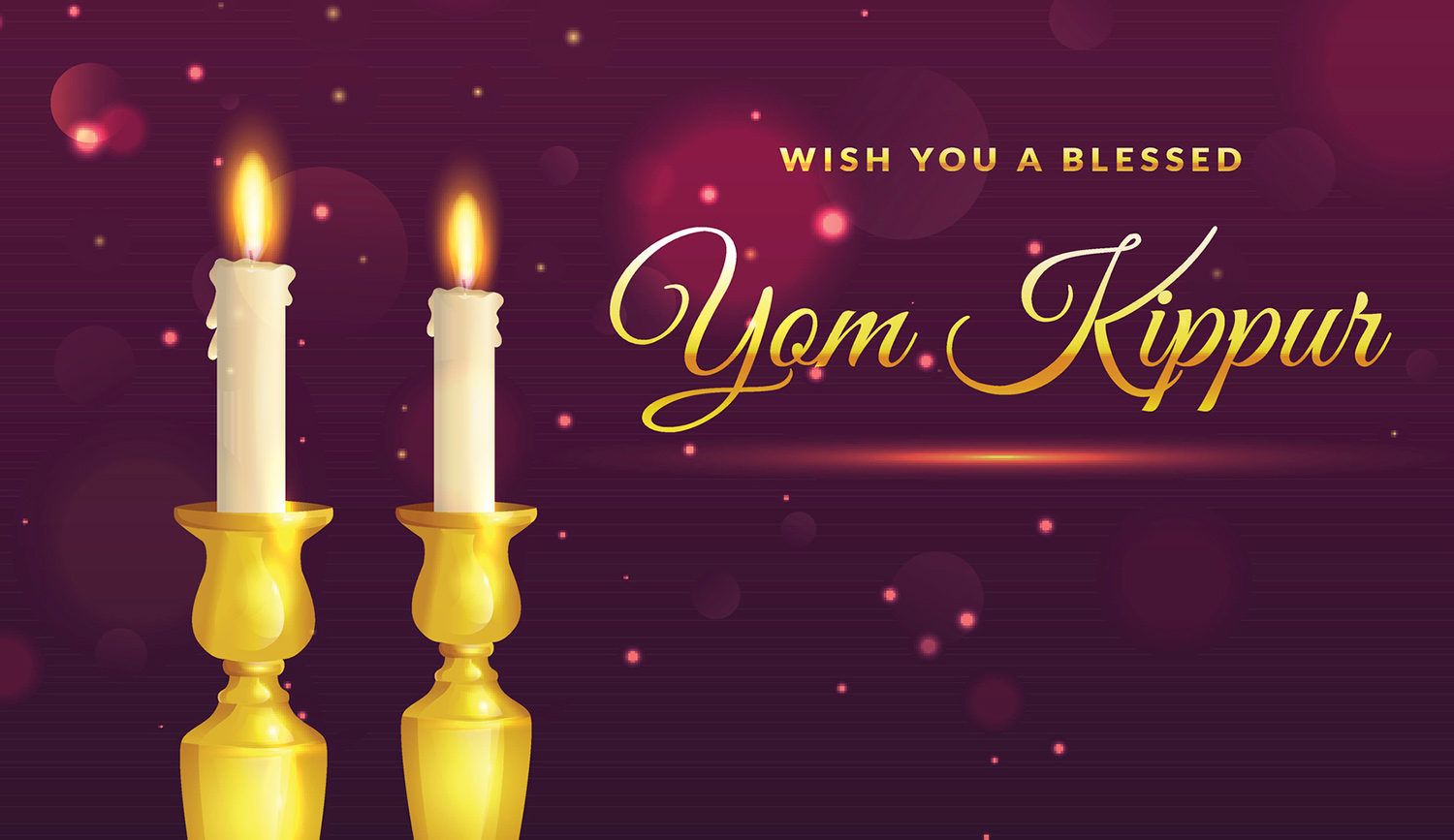 Response
Christine Rosen
About the author


Christine Rosen is the managing editor of the Weekly Standard and the author of Preaching Eugenics (Oxford) and My Fundamentalist Education (Public Affairs). Her column, “Social Commentary,” appears every month in Commentary.

Jack Wertheimer’s essay, “The New High Holy Days,” offers a scrupulously fair-minded survey—and a sharp critique—of the way many American Jews now celebrate the High Holy Days. I come from outside Judaism (I was raised a fundamentalist Christian), but the challenges outlined by Wertheimer, although specific to Judaism, have also arisen in many Protestant denominations and in the Catholic Church. In his descriptions of Jews who attend services only during the High Holy Days, I immediately recalled the “C&E Christians” of my youth: Christians who showed up at a church only on Christmas or Easter, at whom regular churchgoers often looked askance.

I’ve also attended many High Holy Day services over the years and been the beneficiary of the welcoming-the-Gentile attitude that Wertheimer describes as flourishing in many synagogues. In other words: I bring an outsider’s perspective to a tradition that has often made me feel welcome inside of it.

What strikes me most powerfully about Wertheimer and the rabbis he’s interviewed for his essay is that they approach the question of faith traditions from two different angles; as a result, they are often immersed in two discrepant conversations. Many of the rabbis are asking: how do we remain relevant and keep congregants coming to worship, ideally on more than three days a year? Wertheimer engages a slightly different question: should the quest for relevance (and numbers) take priority over tradition, and how might that affect the very purpose of synagogues?

In their response to the first question, Wertheimer argues, religious leaders all too frequently end up embracing a modern, therapeutic, consumer-based approach to worship. He sees this operating in particular in the almost universal embrace of the rhetoric of self-esteem, quoting one religious adviser’s counsel to rabbis “to make sure their congregants leave ‘feeling good about themselves for having attended synagogue.’”

Along the same lines, rabbis readily comply with the sentiments of synagogue-goers (especially younger ones) who “bristle at talk about a personal God who takes a close interest in human affairs,” with one survey finding that “75 percent [of non-Orthodox Jews] reject the traditional conception of a God who ‘rewards good people and punishes bad people’”—that is, precisely, the God of the High Holy Day season and prayer book.

“At a time when a therapeutic worldview pervades every aspect of their lives,” Wertheimer asks, “what are synagogue-goers to make of [High Holy Day] prayers repeatedly focused on sin, a concept anathema to the mental-health profession—or, for that matter, of the frequent appeals to God’s saving mercy?” The rabbis’ pandering to modern sensibilities, as he calls it, can only backfire, further alienating congregants when they encounter such less comforting or comfortable ideas in the worship service and thereby contributing not to a reinvigorated contingent of committed Jews but to the ever-growing cohort of those opting for the self-gratulatory but empty self-identification as “spiritual, not religious.”

He’s right. We live in a solipsistic age, notorious for short attention spans and snap judgments. Rabbis are correct to try to meet these challenges directly, but how? One of the most powerful things about participating in a faith tradition is the reminder it gives us of our own small place in the universe. Participating in the rituals of a rich and centuries-old tradition necessarily removes us from the solipsistic and quotidian concerns of our everyday lives. It forces us to slow down and think not only about what we are doing but why we are doing it.

As someone of conservative sensibilities, I’m thus deeply sympathetic to Wertheimer’s concerns, especially regarding traditional aspects of services like prayers and music. The near-total abandonment of the standard nusaḥ in favor of contemporary songs and modern instrumental accompaniments, with (as he writes) rabbis setting the Adon Olam hymn to the tune of a Stevie Wonder or Elton John song, utterly transforms for the worse the powerfully audible experience of the Days of Awe.

And the price is high. It’s true, as Wertheimer notes, that today’s efforts to “modernize” Judaism prove the falsity of an enduring stereotype about synagogues, especially among the millennial generation: that they are stuffy and hidebound “legacy institutions” with little appeal. Unfortunately, the same evidence undermines the primary goal of synagogue life, which is to help congregants form a relationship with God. Treating congregants like therapy patients or like consumers who might give you a bad Yelp rating is, as he writes, damaging not just to traditional practices but also to these institutions’ own long-term health.

But this leads to a question: is engaging High Holy Day congregants in this manner necessarily bad for faith? And even if it is, what is to be done about it? In the long term, as Wertheimer well understands, scolding rabbis for their outreach efforts and congregants for their lack of adherence to tradition is not a feasible strategy.

One way forward, it seems to me, might begin by reversing the typical approach to congregants who are unlettered in Judaism but often highly educated—that is, not by expecting less of them but by expecting more, setting a higher standard and actively helping them achieve it. In particular, rabbis might support a congregational effort to understand what the High Holy Days mean before congregants attend services.

This is the time, moreover, to introduce an enlivening spirit of rigor. A High Holy Day orientation session, for example, might prepare congregants to grasp what they’re saying when they read a transliterated Hebrew prayer and what the words mean, both in the context of the day’s overall structure and in the largest intellectual and religious sense.

Another example: it’s an irony of our age that even as we avoid talking about sin, we’re awash in judgmentalism. On social media in particular, the rush to assess and pronounce upon the behavior of others is the opposite of what the High Holy Days ask believers to do: to consider their own human frailties and the effect their actions have had on others throughout the year. In my experience, younger people are especially hungry for conversations about the meaning and implications of their personal interactions. Encouraging them to conduct such conversations in the synagogue, within the context of traditional High Holy Day practices, need not undermine faith; it can reinforce it.

In the same connection, it’s also a mistake to assume that younger generations are reflexively averse to traditional practices. Younger and somewhat secular Jews I’ve talked with do say they feel awkward about participating in public prayer, but not out of insouciance or disrespect but for the same reason that any millennial American might balk at being asked for the first time to recite the Pledge of Allegiance—again not out of disrespect or anti-patriotic conviction but simply because it’s discomfiting to assert one’s commitments publicly when one is uncertain or ignorant of their meaning.

In other words, rabbis worried about having been reduced to acting the part of docents in a museum, as one Conservative rabbi said to Wertheimer, don’t have to respond by substituting Justin Bieber for the shofar. Rather, the “massive cultural illiteracy” described by Wertheimer should be understood as an opportunity for thoughtful cultural retrieval. In the process, it might help to see the problem as a matter not so much of sensibility as of education. Yes, people are comfortable with—and habituated to—what they know. But with proper guidance they can be encouraged, and even inspired, to learn about the things they didn’t know and weren’t aware they wanted to know.

It’s the same impulse that has led some colleges and schools to bring back long-dormant Great Books programs, often with unexpectedly resounding success. On the part of students or congregants, a combination of open-mindedness and discipline is required; that goes without saying. More importantly, what is required is committed teachers.

The path forward isn’t simply to insist on adherence either to tradition (itself never an entirely static thing) or to overly-therapeutic rejections of it. It’s to educate Jews ready to understand their faith tradition, and to create opportunities for learning about that tradition and why it still matters to them in an essential, vibrant, and pressing way.

In the end, the task is to create opportunities for implanting the truth that faith is not merely an experience or an identity but a responsibility—another notion to which younger generations aren’t necessarily averse in principle: consider the success of the environmental movement’s messages about responsibility for the earth. Nor is it true that the responsibilities of faith must come packaged in the messages of therapy or pop culture. That is to underestimate the power of the tradition itself. As Judaism has always understood, maintaining faith traditions is important, but ensuring that future generations will understand the meaning of those traditions, and embrace their practice, is absolutely vital.

The Price of Modernizing the High Holy Days
1. Essay