Lenient rulings in response to new situations are not necessary if unfortunate accommodations, they are instead a testament to the strength and durability of Judaism. 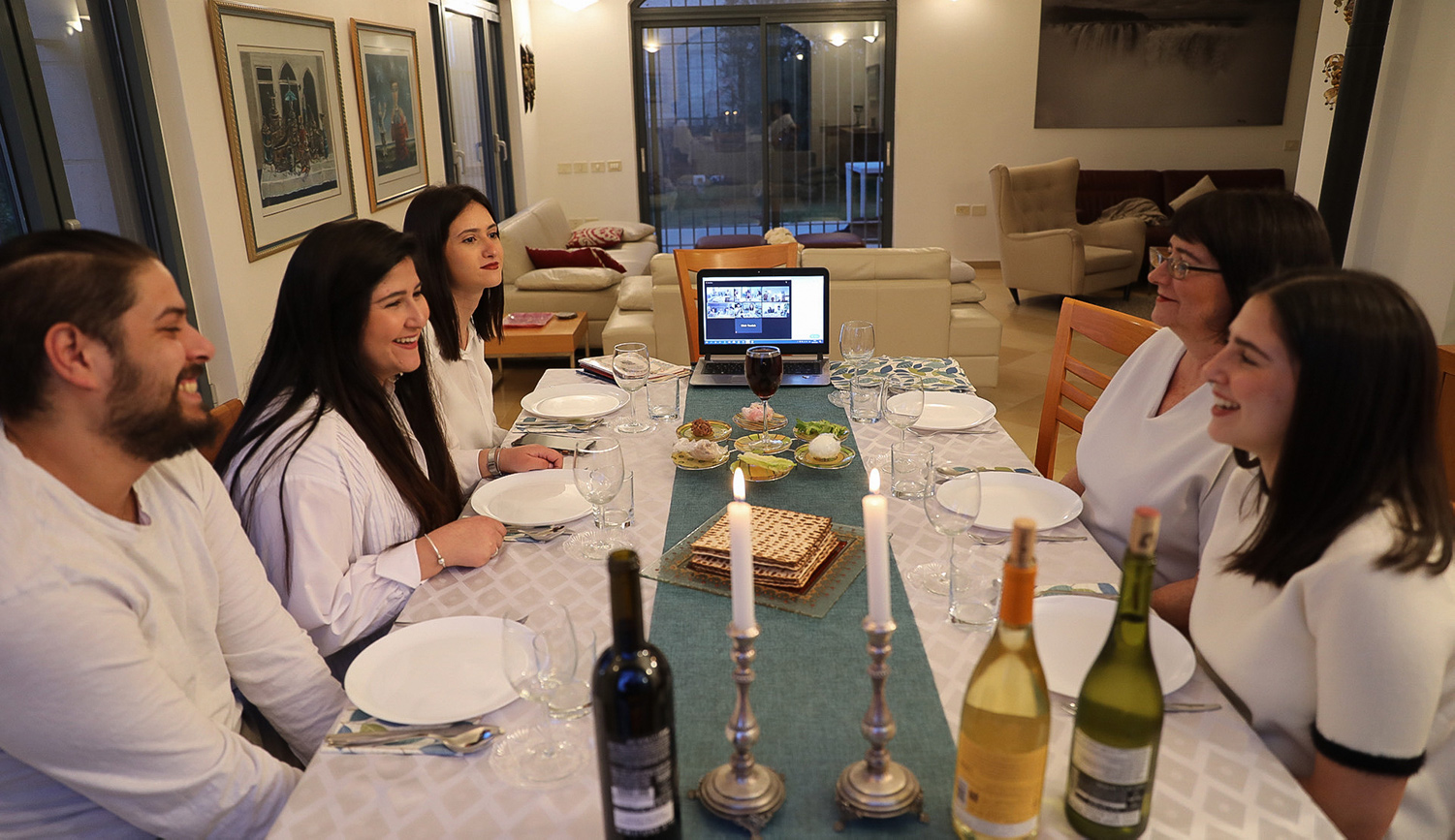 Response
Daniel Bouskila
About the author


Rabbi Daniel Bouskila is the director of the Sephardic Educational Center in Jerusalem and Los Angeles and the rabbi of the Westwood Village Synagogue.

As a member of the Association of Scholars of the Maghreb in the Land of Israel, which issued the now-famous Zoom-seder ruling, I am very grateful to Chaim Saiman for devoting his scholarly attentions to it, and for his careful analysis. In my response, I would like to focus my attention on the distinctively Sephardi and North African methods of legal decision-making that lay behind the ruling. In doing so, I not only wish to offer a better understanding of the mindset behind it, but also to provide a window into a philosophy of halakhah (Jewish law) that is different from the conventional Ashkenazi conceptions that inform Saiman’s essay.

The best characterization of modern Sephardi jurisprudence was offered by Rabbi Yitschak Chouraqui in his 2009 essay “The Leadership and Tradition of Sephardi Sages in the Modern Era,” which argues that, faced with the social, cultural, and technological upheavals of the past two centuries, “Sephardi rabbis in Muslim lands did not withdraw from modern society,” and did not choose to create a “strict, isolationist Orthodoxy.” Instead, confronted modernity exhibiting a spirit of openness and flexibility.

One exemplar of this approach was Rabbi Ben-Zion Meir Ḥai Ouziel, who was the Sephardi chief rabbi of Israel from 1939 until his death in 1953, and whose opinion permitting the use of electricity on holidays Saiman cites. In the introduction to his halakhic magnum opus, Ouziel writes that “in every generation, conditions of life, changes in values, and technical and scientific discoveries create new questions and problems that require solution. We may not avert our eyes from these issues and say [that] anything not expressly mentioned by earlier sages is ipso-facto forbidden.”

Ouziel’s disciple, Ḥayyim David Halevy, served as the Sephardi chief rabbi of Tel Aviv until his death in 1998, and he was the author of numerous legal and theological works. Here is how he elaborates on his master’s legal doctrine:

The continuity of Judaism is possible only because permission was given to Israel’s sages in each generation to renew halakhah as is appropriate to the changing times and events. Only by virtue of this [ongoing process of renewal] was the continuous existence of Torah in Israel possible, enabling Jews to follow the way of Torah. There is nothing so flexible as the flexibility of halakhah. It is only because of that flexibility that the people of Israel, through the many novel and useful rulings introduced by Israel’s sages over the generations, could follow the path of Torah and its commandments for thousands of years.

To Halevy, lenient rulings in response to new situations are not necessary if unfortunate accommodations, they are instead a testament to the strength and durability of Judaism. The Zoom-seder ruling not only draws upon Ouziel’s specific opinion on the issue of electricity on holidays, but it is thoroughly imbued with his creative and flexible philosophy of rabbinic decision making, which Halevy described so well.

This ethos of flexibility, however, does not translate into anything-goes leniency. Here I’d like to cite a key passage from the ruling that, it seems to me, Saiman did not pay sufficient attention to:

For those who fear that people might come and use this ruling on other holidays and not for the stated purpose (Zoom at the seder), it is clear to everyone that the permission we are issuing here applies only to these emergency circumstances (of the coronavirus). We have therefore come to permit this with special emphasis that this ruling was made under these emergency circumstances and only for the purposes of the seder in the year 5780, and only for those whose circumstances make it necessary.

In this way, the authors of the opinion did not ignore the entirely reasonable concern that cell phones and computers could infiltrate and disrupt the sanctity of Sabbaths and holidays, and made clear their willingness to defer to the current consensus which prohibits the use of these devices on holidays, despite the fact that many Sephardi and North African rabbis actually permit the use of electricity on holidays. But, as Sephardi sages have throughout the generations, the authors of the opinion found room within halakhah to adjust to the specific circumstances as they arise. The problems of celebrating Passover in the midst of the coronavirus pandemic presented just the sort of special circumstance that demanded the flexibility that Ouziel and others have praised.

Saiman gets to a crucial difference between this Sephardi approach and the response toward the challenges posed by the COVID-19 crisis prevalent among most Orthodox rabbis today in the following passage:

[T]he Moroccan rabbis did not rest their case primarily on principles of pikuaḥ nefesh, [the obligation to override prohibitions when life is at stake]. They were instead ambiguous on this point, and it seems deliberately so. Rather than simply state that they want to save lives, they invoke the importance of young people connecting to Jewish tradition through their grandparents. This latter consideration, while surely a worthy goal, doesn’t meet the threshold of life-saving necessity normally required to permit violations of the Sabbath or a holiday.

Here I must raise one objection. Having been privy to the numerous phone calls and WhatsApp exchanges that led up to the decision—which included some very serious debates—I can say with confidence that no ambiguity was intended on the question of pikuaḥ nefesh. This issue played only a minimal role in our discussions, because there was no need to declare this a life or death situation to justify the use of videoconferencing at the seder. Rather, my colleague Rabbi Raphael Delouya, the main force behind the ruling, was far more focused on what Saiman terms “the positive goods afforded by a Zoom seder.”

These positive goods had little to do with physical health or even, in the narrow sense of the term, mental health, and everything to do with emotional needs—to quote Rabbi Chouraqui again, the “human factor.” It is this attention to the “dynamic sources of human life,” Chouraqi writes, that is a “central element” in classic Sephardi and North African jurisprudence. To put this approach into practice as a factor in halakhic decision making, a sage must exhibit love for those affected by his decision, and sympathy for their needs and circumstances.

Allow me to give two brief examples, before returning to the Zoom seder.

After the Holocaust, Rabbi Ouziel was asked if it is permissible to erect a monument in a cemetery in memory of Holocaust victims whose burial place is unknown. Other rabbis ruled against doing so, arguing that there is no precedent for it in halakhah or tradition, and that it resembles idolatrous practices. Ouziel dissented, explaining as follows:

There is no precedent for . . . a tragedy like the Holocaust, and we cannot use the past [to inform our] discussion in the face of such a painful and shocking tragedy. The hearts of survivors are distressed and pained, and they desperately yearn to express their grief and mourning at the site of a proper monument in a cemetery, in a place that they consider sacred and respectful. (Mishp’tey Uziel, Yoreh Deah 22)

In a very different situation, Rabbi Halevy was asked by a young man who became increasingly observant if it was appropriate to pray in his father’s synagogue, where the irreligious are counted in the prayer quorum. His father led prayers and read the Torah for this small congregation, which had barely enough worshippers to keep its doors open. After providing the young man with a host of technical halakhic answers as to why he ought not pray there, Halevy found a creative way to make the opposite ruling, citing, among other things, the obligation to honor one’s father and mother. “Your presence in this synagogue and praying by [your father’s] side,” he concluded, “uplifts him and brings him spiritual satisfaction.” (Aseh L’kha Rav, vol. 5, p. 69)

The Zoom-seder ruling was issued with the same sensitivity to the human condition. The halakhic heart and soul of the deliberations that produced the ruling was, to cite the text itself, “the need to remove the sadness from the aged and elderly, and to give them a motivation to carry on in their struggle for life, and to protect them from depression and spiritual distress, which could cause them to despair of life itself.”

The result in my communal circles (both in Israel and in the United States), as well in the circles of my Sephardi colleagues, is that hundreds of people who otherwise never would have used Zoom at their seder were able to avoid the horrible prospect of their elderly parents being alone for the seder. My evidence for this is more than anecdotal.

The Zoom-seder ruling represents the finest expression of the classic Sephardi and North African halakhic traditions. Drawing on pre-existing rulings permitting electricity on Yom Tov, addresses a current crisis and seeks to solve it, and factors into the halakhic process a sensitivity to the human condition.

To adapt Chaim Saiman’s conclusion, for the Association of Scholars of the Maghreb in the Land of Israel, the image of a seder night centered on a table graced with matzah, bitter herbs, ḥaroset, the Haggadah, wine—and elderly people sitting all alone away from their families, was simply too jarring and discordant to contemplate in these dire times. Through a creative blend of halakhah, technology, and empathy, they sought to protect the elderly from depression and emotional despair—and one need not be a Sephardi or North African rabbi to appreciate this protection.

Ruth R. Wisse
May
In Rejecting the Zoom Seder, What Did Orthodox Jews Affirm?
3. Response

Why Sephardi and Mizrahi Approaches to Jewish Law Were Friendlier to the Zoom Seder
1. Essay

Does Virtual Seeing Count as Seeing under Jewish Law?
5. Response