This is a response to How America's Idealism Drained Its Jews of Their Resilience, originally published in Mosaic in October 2020 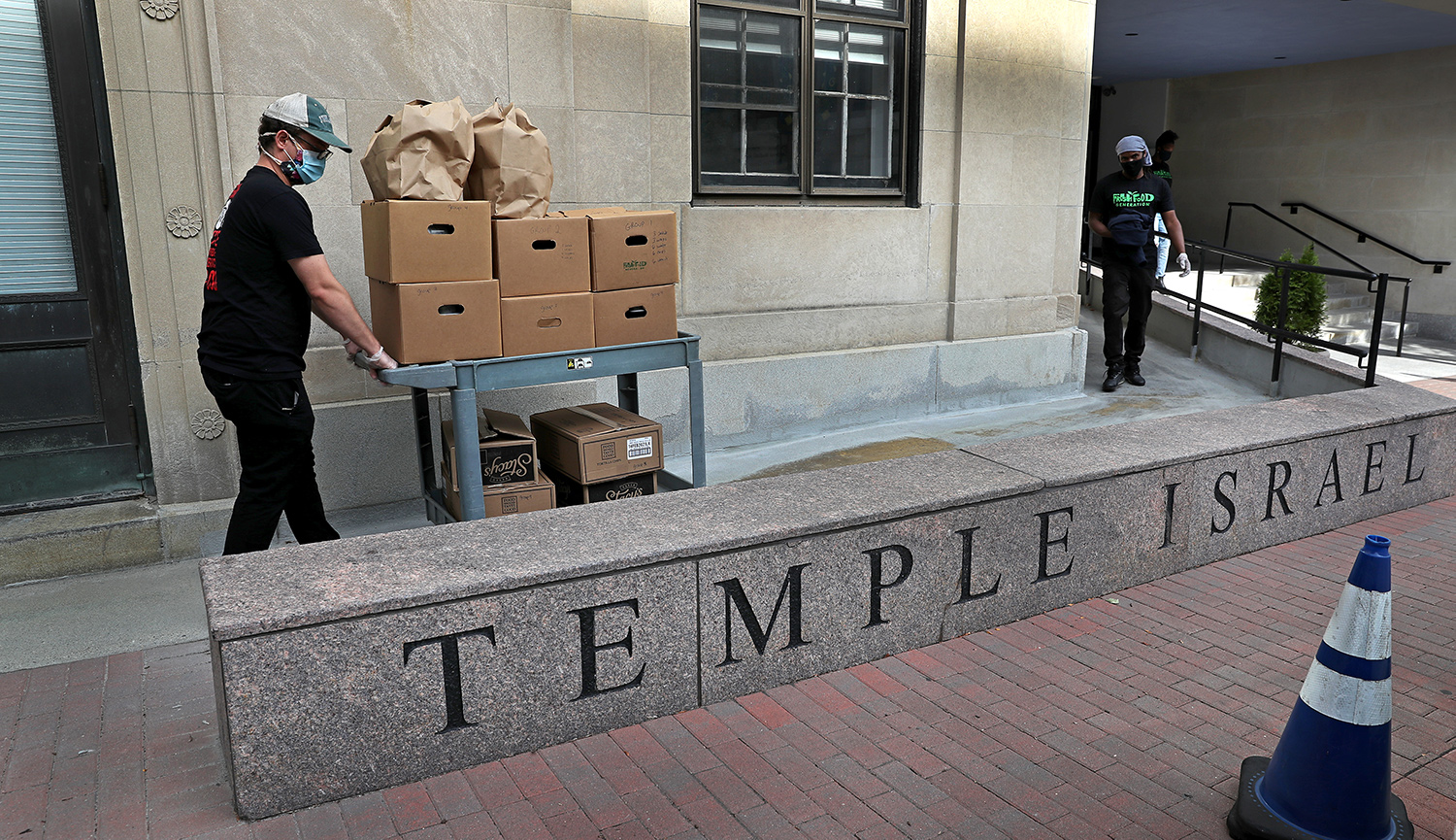 In “How America’s Idealism Drained Its Jews of Their Resilience,” Daniel Gordis holds that American Jewry suffers from not being resilient in crisis. He offers two reasons. One is that popular American culture is largely predicated on unearned optimism and is thus unprepared for bad outcomes or intractable challenges and hostility; Jews who think this way are at a loss when confronted by perennial hatred and violence against them. The other is that liberal trends in Judaism have downplayed the particularistic elements in Judaism in the name of universalism. In North America it is Orthodoxy that has preserved a more realistic awareness of living in a difficult and often tragic world and it is Orthodoxy that has sustained the traditional awareness of the glory and danger inseparable from Jewish singularity. As for Israel, Gordis is willing to treat non-Orthodox Jews together with the Orthodox.

I heartily agree with both theses, but only up to a point. True, the refusal to take the existence and impact of evil seriously has blinded much of American culture, not least political and intellectual elites, to unpleasant realities and threats. And the tendency of American Jews to minimize their lonely distinctiveness in their enthusiasm for broader progressive concerns compounds their blindness. At the same time, I cannot subscribe to Gordis’s position without qualifying it in significant respects.

Some of Gordis’s evidence is indisputable. Non-Orthodox movements have indeed bowdlerized the liturgy, removing much about the Jewish experience of persecution and prayers for retribution, and censoring references to Jewish particularism in the name of universal concerns. This tendency is not new. In 1968, some fifty years ago, Jacob Petuchowski, a leading Reform scholar, published a still valuable history of the subject, Prayerbook Reform in Europe. The historical record, however, does not establish a causal connection between the watered-down liturgy and the alleged lack of resilience.

Gordis’s anecdotes are not really fair to his hapless Americans. The publication of a joke book in 1941, during the Holocaust, is taken to indicate the flaccidity of the American Jewish community. For all I know, the book may be jejune as such compilations usually are. But humor is not a symptom of frivolity: it can flourish in difficult circumstances, when perhaps it is more necessary, if only to preserve sanity in catastrophe. Despite draconian immigration laws and daunting anti-Semitism, some American Reform rabbis quietly worked to rescue individual Jewish refugees, though, unlike the celebrated group of Orthodox rabbis that is described in Libby Garland’s 2014 history of Jewish illegal immigration to the United States, After They Closed the Gates, Reform leaders did not scandalize their fellow Jews by marching on the White House in order to demand action.

Eighty years have passed, and the timidity of the Jewish establishment during the Holocaust was not always repeated. Jews, and not only Orthodox Jews, showed open sympathy for Israel in its early years and were active on behalf of Soviet Jewry. The primary factor, it seems to me, is not that American Jews suddenly developed backbone or a tragic sense of life but that they became more confident in their ability to affect the policy makers operating in the public square. Some got over their blind allegiance to the icons of liberal politics. My revered mentor, Rabbi Joseph Soloveitchik, observed that Americans and American Jews had veered from uncritical American triumphalism and the apotheosis of Franklin Delano Roosevelt to an equally extreme condemnation of American society and foreign policy for the perpetuation of racial inequality and for the Vietnam war.

Gordis contrasts the prompt restoration of Israeli restaurants after terrorist bombings, and the resoluteness of ḥasidic Jews in Monsey following a murderous onslaught, with the glacial rebuilding plans of the Tree of Life synagogue. To wonder about the Pittsburgh survivors not acting with the alacrity of Israeli entrepreneurs is like expecting victims of a conflagration to respond like professional firefighters. Reopening a place of business is not a public act laden with symbolism or an occasion for remembrance, reflection, and renewal; business is how restaurant workers make a living. Restoring a community center is a communal project. Restaurant owners do not need consultants to tell them that they need to get back on their feet promptly, efficiently, and cheaply. There is no general point here about resolve or resilience.

Gordis links Orthodox liturgy and practice with Israeli Zionism. He does not mention the historical conflict between the two. The Zionists of my youth objected to the very prayers and practices that Gordis speaks highly of. Zionism disliked the stress on persecution that pervades the taḥanun, as well as the other prayers and commemorative days marking our long experience of catastrophe. Old-fashioned Jews recited Psalms and lamentations (and might have hired a consultant if they had the wherewithal). Zionism’s new Hebrew man and woman responded with worldly action. This ideological “negation of exile” (sh’lilat ha-galut) is no longer a staple of Zionism. Maybe the Israeli public concluded that Gordis and I are right about facing up to trauma and harsh reality. But in its day, the polemical rejection of tradition in the name of activism was regarded as a spur to the practical resilience that Gordis and I endorse.

The Zionist criticism of traditional Judaism is more than a chapter of intellectual history. It reflects a deep psychological truth. Awareness of tragedy and evil is surely important for a realistic orientation. Nonetheless, it does not reliably engender vigor and resilience. It can just as plausibly nurture fatalism and a sense of helplessness.

So far, we have considered Gordis’s criticism of the supposed American propensity to downplay evil. What about the imputation that its universalist ideology saps the American Jews’ resilience? Here one can interpret the critique in two ways. It is possible that American Jews, except for the Orthodox, are so fascinated by universal projects that they become lackadaisical about defending their own people. If this is the argument, we must ask if the same people Gordis is criticizing are indeed feckless and passive in furthering the universal causes they believe in. Do they fail to give energetic support to political and social movements they favor? To be sure, most are not activists in a serious and informed way. Instead, they are more like what the political scientist Eitan Hersh calls, in his 2020 book Politics Is for Power, “hobbyists.” But that is true of most Orthodox and card-carrying Zionists. It may be that Gordis and I are unhappy not about the American Jews’ lack of resilience but rather about their energy being directed to priorities that are not ours.

The other way of putting the argument goes deeper psychologically and philosophically. It may be that people who devote themselves to general causes remote from their concrete situation and identity will not display resilience because abstract ideals are unlikely to foster the kind of practical readiness needed to stand up vigorously and practically on behalf of one’s own people. They are more likely to be resigned to or satisfied with words and symbolic gestures than to aspire to immediate deeds and bold commitments. This criticism implies that its targets are deficient in the virtue of resilience, not merely that they fail to invest their resilience toward the ends that Gordis or I endorse. These two strands of argument are distinct, although they overlap, and I suspect that Gordis and I feel the power of both.

For all the attraction of Gordis’s position, I differ from him on two significant questions. The first is that I would put more emphasis on fundamental commitment than on Gordis’s analysis of resilience. By that I mean that resilient people will mobilize their powers for ends they profoundly believe in and experience as urgent and absolute. For my purpose right now it may not matter whether the urgency and absoluteness derive from compelling spiritual imperatives, such as the Orthodox Jews’ irrevocable and all-encompassing passion to conduct our lives in accordance with our creed and to maintain its institutions, or the Zionist’s zeal for Israel, or the restaurant owner’s commitment to his business. Where the urgency and commitment do not exist, the virtue of resilience will not come to full expression.

My second great reservation about Gordis is his paraphrase of the Jewish liturgy. In taḥanun and in the various lamentations, Gordis hears the voice of persecuted Israel. He omits the ubiquitous consciousness of sin, of our failure to fulfill our obligations to God, that pervades these prayers. I fear that the confession of sin is even less popular among the non-Orthodox (and to be honest, among many of the Orthodox) than the commemoration of persecution or recognition of Jewish singularity. Nonetheless, the sense of resolute commitment depends on realizing the momentous nature of our commitment to God. A version of Jewish liturgy, and especially of these prayers, is misleading if it leaves out what is essential to them. If it is foolish and debilitating to downplay the experience of Jewish particularity and the suffering that accompanies it, it is perhaps even more dangerous to appeal to that record and that liturgy while turning a blind eye to the reality of sin, betrayal of God, and the duty and privilege of repentance. To do so risks blurring the absolute line between the service of God and the promotion of the nation as an absolute value.