Liberal Judaism Is Dedicated to Identity Formation, Not a Religious Worldview

North American synagogues experience these two purposes not as mutually reinforcing but as incongruous—which is why they’re in trouble. 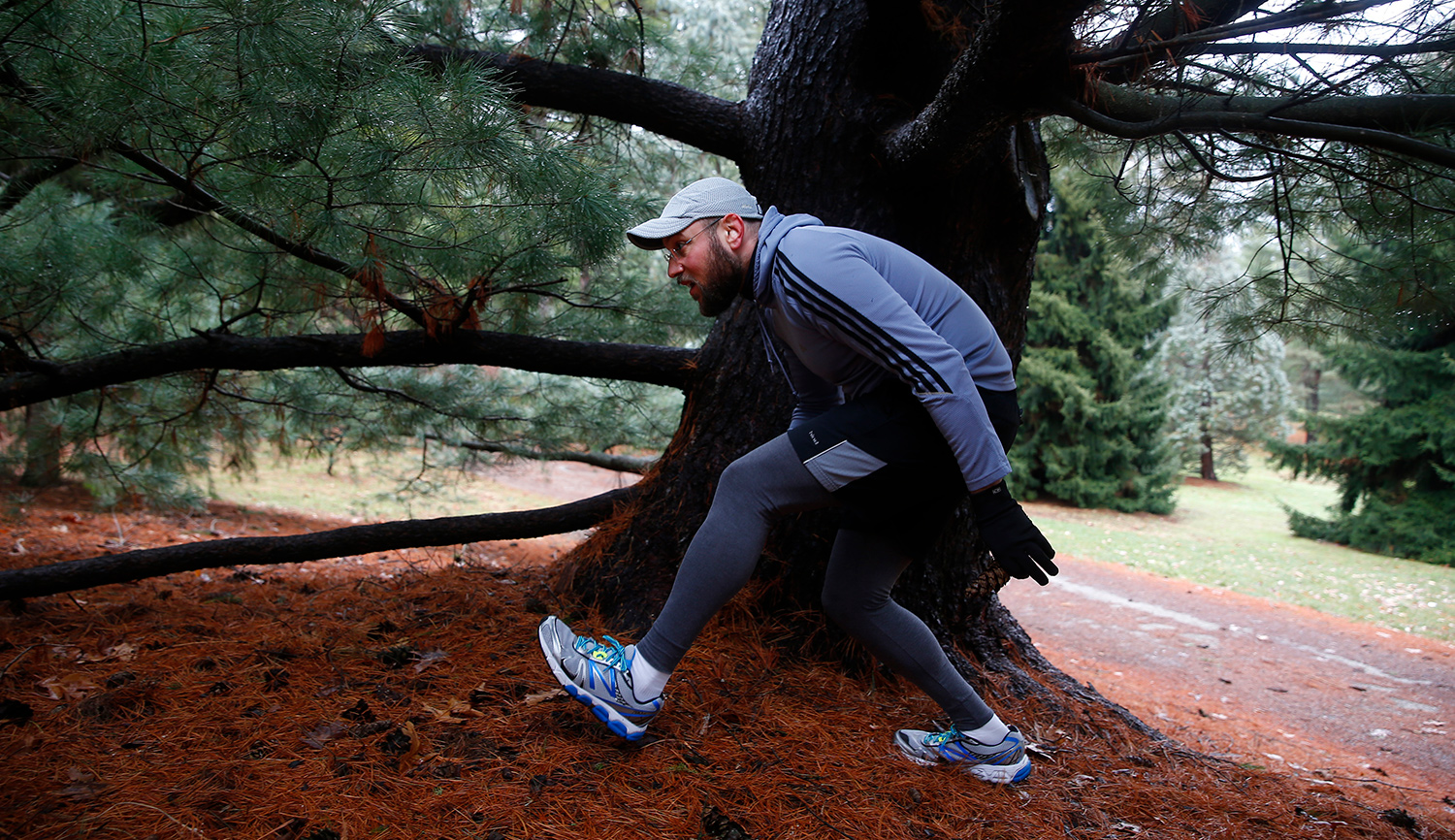 A rabbi from Boston’s Temple Israel searches for pine cones for Passover on March 29, 2017. Congregants of Boston’s largest Reform synagogue gather pine cones as a symbolic reminder of the need for penal reforms in the state. Jessica Rinaldi/The Boston Globe via Getty Images.

Response
John Moscowitz
About the author


John Moscowitz is rabbi emeritus at Holy Blossom Temple in Toronto, and the author of Evolution of an Unorthodox Rabbi (Dundurn Press, October 2015).

When it comes to understanding the sometimes fraught relationship between Jewish communities, American and Israeli, Orthodox and liberal, few possess the perspective of Daniel Gordis. All the more so when the matter at hand is so existentially loaded.

American born and American educated, Gordis threw his lot in with Israel by age forty and he has written extensively about Jews, their dilemmas, and their achievements in both countries. A penetrating observer—simultaneously a lover and critic—he is a bridge between the two primary centers of contemporary Jewish life. Before the current shutdown, few shuttled between Israel and North America as often and fruitfully as Gordis did.

And now Gordis has made a provocative claim about the relative resilience of Israeli and traditionally religious Jews, on the one hand, and their non-Orthodox, American co-religionists on the other. There is merit to his critique. And I say this as a Reform-ordained rabbi who has served in liberal synagogues in the U.S. and Canada for decades.

Yet before I explore Gordis’s claims, I should make clear that much of the liberal Jewish project on these shores is worth defending. Start with the rabbis themselves, who work diligently to keep Jews in the Jewish tent. In their pastoral capacity, they rarely fail to extend a sincere hand to those in need. By focusing on helping their congregants feel a sense of belonging, they fashion lifecycle ceremonies that reinforce Jewish identity and communal membership. The fact is that, while liberal synagogue life can be thin and wanting, it is also more robust than outsiders assume. For these very reasons, I don’t think non-Orthodox American Judaism is by any means a lost cause. Gordis knows many of the same rabbis and synagogues that I do, and while often critical, he also isn’t shy about giving them their due.

But there are things that we might learn from the Israeli and Orthodox worlds to which Gordis compares us. Above all, Jewish ideas frequently do not grip liberal congregations, or galvanize them to action, which can only happen when a critical mass of the community has committed itself to regular study of sacred texts, and has allowed itself to be shaped by the Jewish tradition’s defining debates.

That latter condition is present, by and large, in traditional Jewish circles, and it is why Gordis believes that they have a resilience that my community lacks. In short, Gordis seems to say that what you have in your head can hold your heart when things go bad. I don’t disagree, but I think it’s necessary to put more effort into understanding why this is so, which can only be done by stepping into the experience of non-Orthodox American Jews.

After all, Reform and Conservative Judaism are blessed with some learned and dynamic rabbis, as well as intelligent and intellectually curious congregants. But the priorities that liberal Jewish leaders focus on—adapting lifecycle events, engaging in pastoral care, creating gorgeous music—together amount to a strategy designed to provide Jews a place and an identity in a land ultimately not their own. And it is this identity formation rather than the promulgation of a religious worldview that is the goal of most of these communities.

You see, most North American synagogues experience these two purposes—identity formation and the cultivation of a religious worldview—not as mutually reinforcing but as incongruous. As a result, in the daily work of congregational leaders, these two goals are unfortunately and unwisely treated as wholly separate. These congregations have consequently failed to pass on a set of religious ideas truly capable of sustaining Jews and Judaism.

Thus most non-Orthodox synagogues, conscientious and well-organized as they tend to be, dramatically lack in the two areas that have long sustained and even protected Jews: thick Jewish ideas which hone the mind, and a liturgy that sings to the heart. And these are precisely the areas where Orthodox communities excel. Engagement with both the Jewish mind and the Jewish heart on a daily basis forms the very fabric of religious culture. Without it, it is easy for a community to be torn by assault and trauma, and hard for a community to be mended.

But our congregants do not especially want that kind of religious engagement. The vast majority of liberal rabbis are encouraged by their boards to keep synagogue tents full and lean heavily into programming and pastoral work—and increasingly into the politics of the moment. The implication of that mandate is rarely stated, but of undeniable importance: our communal leaders believe that programs and pastoral synagogue activities are enough to hold on to members.

And so these activities consume most of liberal rabbis’ time. Rabbis consequently have less time to study and to teach, and even the most engaged of our congregants subsequently know less. In the ordering hierarchy of today’s liberal rabbinate, that which appears past and parochial—Jewish learning and the bonds of Jewish peoplehood—badly trails pragmatic communal work. And let us not forget that many liberal Jews find Israel itself unduly parochial.

With all of that in mind, permit a small, personal story.

In my 1976 application to the rabbinical program of the Hebrew Union College, I predicted (I suppose on the basis of nothing more than youthful ignorance) that Orthodoxy’s day was done and Reform Judaism alone would long ride high in the saddle. Talk about unfettered American optimism!

Of course, I was all of twenty-four and hadn’t yet read a Hebrew text or properly studied a single Jewish idea. But I was hungry to know, which is, in fact, why I went to seminary to begin with.

Three years or so into my studies, I had grown increasingly distraught. By then, I’d spied some of the depth at the heart of Judaism. The Jewish tradition coaxed out of me a kind of religious yearning that could only be sated by learning. But, to my consternation, I could not find serious engagement within liberal precincts of the compelling ideas I had encountered in traditional quarters. I looked and asked and read, but aside from what a few disparate rabbis and scholars had generated, I couldn’t find much by way of traditional learning in Reform Judaism.

I approached a favorite professor with my dilemma—namely, that I had concluded that Reform Judaism (to which I would later add Conservative Judaism, too) was more of an organizing strategy than religion. He listened and then smiled. “You are correct. You’ve figured out what is difficult to say publicly.”

That didn’t make me feel better. I was, after all, studying to be a Reform Rabbi, endeavoring to become adequately learned in that tradition. “So, what do I do now?” I plaintively asked my professor.

“Go read Joseph Soloveitchik and his student David Hartman.” I did exactly that, and have been doing so ever since. I consider myself fortunate to be so advised early on in my rabbinic career. Soloveitchik and Hartman not only provided an internal ballast—both spiritual and intellectual—but also the religious perspective that Daniel Gordis pinpoints as the dividing line amongst us.

The very different circumstances that exist in Israel, and that, according to Gordis, lend even secular Israelis a sense of Jewish history and deep wellsprings of resilience, can’t really be recreated in America. But there’s no reason Orthodox Jews need to have a monopoly on the powerful ideas of our sacred texts, or the deep resonances of our liturgy.

I love America and American optimism. I admire Canadian civility. But in a rough (and getting rougher) world, I am afraid that these are simply not enough. Not enough to prevail in the face of tragedy and assault, not enough to sustain us when the foul winds blow.

Ironically, now in the midst of a rampaging pandemic, virtually all have lost some optimism. But there are things to be strengthened, including a worldview taught by the tradition and argued for by Daniel Gordis. Being humbled, and even attacked, need not leave you defeated; it can lead to a resilient wisdom and a will to rebuild and finally prevail.

That’s the lesson of Sbarro and Monsey, and must be ours, whatever sort of synagogue we belong to, and wherever we call home.

Liberal Judaism Is Dedicated to Identity Formation, Not a Religious Worldview
1. Essay