This is a response to Religion and State in Israel, originally published in Mosaic in July 2013 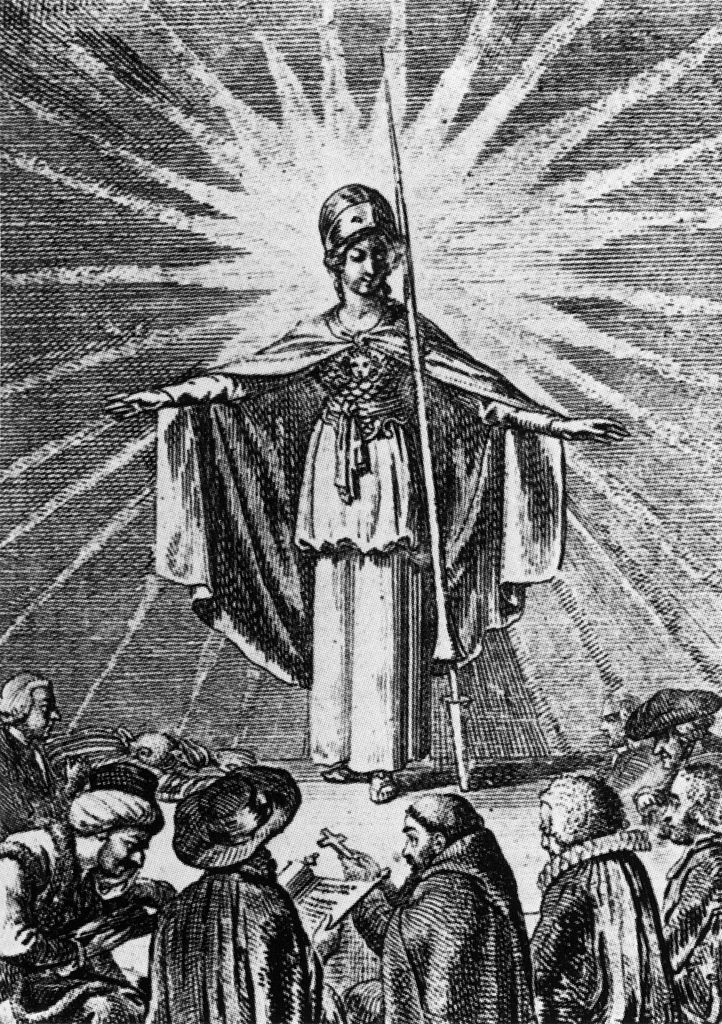 Minerva as a symbol of enlightened wisdom protects the believers of all religions Daniel Chodowiecki, 1791.

Moshe Koppel has written a brilliant critique of Israel’s approach to the relationship between religious communities and the government, and in the process has offered a profound meditation on the meaning of community in modern life. In a concise and learned way, he has opened up a crucial question to which many Israelis assume the wrong answer is the only answer. At the same time, he has shown an admirable appreciation for the limits of the Israeli polity. In short, he has accomplished the rare feat of writing an essay that is simultaneously practical and deep, ambitious and modest.

I worry, however, that his framing of the argument risks undermining its goal. Simply put, Koppel advocates the empowerment and independence of religious communities on the basis of their being communities, rather than on the basis of their being religious. In so doing, he puts himself at odds both with the Anglo-American tradition of religious toleration and with the Israeli tradition of social-democratic statism. By drawing upon a libertarian strain in Anglo-American political thought that emphasizes too simple a notion of choice, he denies himself recourse to arguments that might better appeal to his fellow Israelis.

Koppel begins by describing as “outlandish” the common view that the Jewish state should be deeply involved in the institutions and practices of its people’s Judaism. This view, he says, grounded as it is in the statism that has always defined Israel’s self-understanding, commits the fundamental error of “conflating peoplehood with statehood and community with state, and ignoring the fact that membership in each is determined in completely different ways.”

On this distinction between the state and the community hangs a great deal of Koppel’s argument. Thus, he defines a community as “composed of members who choose to submit to its authority because they identify themselves with its ethos,” while a state “imposes obligations (approximately) equally on all within its geographic scope.” It follows that communities, being voluntary, should avoid imposing their moral views on the larger society through legislation or through connecting their institutions with those of the state.

In advancing this position, Koppel isn’t suggesting that such entanglement is illegitimate, only that it is imprudent and unwise. Indeed, he goes out of his way to distinguish his view from what he terms the “universalism” of liberal thinkers like John Rawls, who believe that the only legitimate moral code in politics is a thoroughly individualist one, built around the notion of a choosing self that exists prior to all community affiliations. As Koppel rightly notes, this would mean in effect that no moral arguments except utilitarian ones could be legitimately raised in the public square.

But Koppel’s rejection of the unaffiliated, choosing self as the basic unit of social and political analysis requires us to take another look at his own definition of community. To insist that what matters most about community affiliations is that they are voluntary is at least implicitly to accept the notion of a choosing self that pre-exists those affiliations. Even more consequentially, it is to make religious affiliation just one more choice among many.

That Koppel himself inclines to this view is clear from his defense of his “prudential” argument against legislating religious morality and practice. To repeat, he insists that, however unwise such legislation may be, it is not in and of itself illegitimate:

I don’t see why arguments from religion are unacceptable while arguments from other, no less rigid ideologies are fine. I don’t see why restrictions on selling pig meat because it is offensive to Jewish tradition are more objectionable than restrictions on selling dog meat because it is offensive to European tradition.

Yet this passage points to the great vulnerability of the libertarian conception of community that Koppel seeks to advance. By contrasting religious convictions with “other, no less rigid ideologies,” he suggests that religious views are in fact just another ideology. Being fundamentally voluntary and chosen, religious commitments are no less but also no more important, and no more legitimate, than other choices.

By contrast, the tradition of religious toleration (or what the spirit of our times now compels us to call “religious liberty”), which is the foundation of the case for separating religious and political establishments in the Anglo-American world, emphatically rejects this equation. Instead, it argues for keeping religion apart from politics on the grounds that religion is more than just another ideology. Unlike affiliations with assorted civic organizations or community groups, religious commitments are understood to flow from a profound obligation that is not a product of choice. To force a citizen to violate his religious obligations is to compel him to violate his conscience. By the same token, allowing him to meet his religious obligations is not a matter of leaving him free to make a choice but a matter of leaving him free to do what he has no choice but to do.

John Locke’s Letter Concerning Toleration, written in 1689 and often regarded as the cornerstone of the Anglo-American idea of religious liberty, articulate this view concisely:

Every man has an immortal soul, capable of eternal happiness or misery; whose happiness depends upon his believing and doing those things in this life which are necessary to the obtaining of God’s favor, and are prescribed by God to that end. It follows from thence . . . that the observance of these things is the highest obligation that lies upon mankind.

If religious affiliation and practice constitute our “highest obligation,” the state must take special care not to prevent us from meeting that obligation.

No less clear is James Madison, the author of the first amendment to the U.S. Constitution and so of America’s formal rejection of religious establishment. Here he is writing in his famous “Memorial and Remonstrance against Religious Assessments” (1785):

Religion, in this reasoning, is prior to politics. The nature of each person’s or each community’s obligation to God is surely up to the judgment of that person or community. But the government cannot look upon those judgments as mere choices, because to the people involved they are not optional. Why, then, avoid the legislation of religious morality or practice? Because of the fact of religious diversity: there are contested questions among religious movements and sects, and the only way to govern people with such different views is to leave the government out of those questions.

It is not hard to imagine an argument along these same lines for the disestablishment of Israeli Judaism. Given the differences between secular and religious Jews in Israel, among religious Jews themselves, and among Jews, Christians, and Muslims, the case for allowing religious communities to govern their own specifically religious affairs is as strong as the case against state involvement in the management of religious institutions.

Koppel himself gestures toward this line of reasoning with his prudential argument against religious establishments. Entanglement with the state, he writes sharply, tends to undermine the quality of the clergy with perverse incentives and infantilizes the members of religious communities by encouraging dependence and sloth. Ultimately, however, he bases his appeal in an idea of the religious community that fails to elevate religion above assorted other choices, and he therefore fails to show why religion and politics ought to be distinguished—even in a nation that does not prize individual liberty above all.

Indeed, Koppel’s view of the proper relationship between state and community is even more foreign to Israel than his idea of religious communities independent of the government. After all, as he himself notes at the end of his essay, Israel’s intellectual and historical roots are not America’s.

Israel’s political culture is a product mainly of the social-democratic movements that emerged in central Europe in the course of the 19th century. In the Israeli political tradition, therefore, the “conflation of peoplehood with statehood,” to use Koppel’s disapproving characterization, is an absolutely fundamental principle. That conflation is nearly the essence of Zionism. It is not going away, and if it is to be refined and mitigated, the process will have to take place as the consequence, not as the premise, of a burgeoning civil society and religious community.

Fortunately, signs of such a burgeoning are evident all around in today’s Israel. In the fullness of time, this should make it far easier to point to the uniqueness of religion—that is, to the fact that religion is a source of unchosen obligations and a source of division and disagreement among citizens—and to argue on those grounds for a religious exception to the notion that all social institutions should be government institutions. Easier, certainly, than to make the same argument by describing religious commitments as just another choice, no more or less legitimate than other rigid ideologies.

In the end, yielding to the fetish of choice seems an unconstructive path to the worthy goal that Koppel has set for himself and his fellow citizens. He might do better to argue for the limits of choice, as well as the limits of politics, as foundations for a clear distinction between religion and the state, even in the Jewish state.

Yuval Levin is the founding editor of National Affairs, a quarterly journal of public policy and political thought, and Hertog Fellow at the Ethics and Public Policy Center in Washington, DC. He has been awarded a 2013 Bradley Prize for distinguished contributions in the fields of scholarship, journalism, and public service.