A Nation with the Soul of a Church 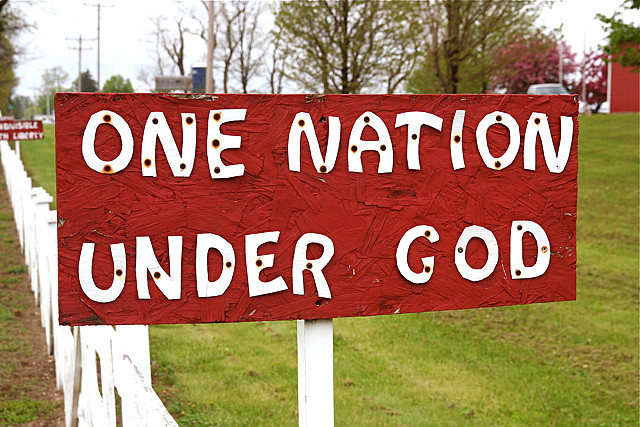 As a non-evangelical Christian (I am a Lutheran of lower-case catholic sensibilities), I share the evangelical majority’s pro-Israel sympathies, though not, for the most part, their reasons for that sympathy. But that reservation does not diminish my bottom-line agreement with Robert W. Nicholson’s admirable essay. Evangelical Protestants are, all in all, good for the Jews, and Jews committed to Israel should have no problem recognizing the overriding reality that evangelicals, as undoubted friends of Israel, are friends of theirs.

As a Lutheran, I endorse the two-kingdoms understanding of Christian social responsibility. In that view, God rules over all of existence, but does so under different rubrics. The right-hand kingdom of the gospel and salvation is governed by love, while the left-hand kingdom of law and creation is governed by justice. Given the reality of a fallen world indelibly marked, short of the end times, by the stain of original sin, it is neither necessary nor possible, in Lutheran terms, to rule the realm of politics by the gospel. The norms of social justice—available not merely to Christians but to all people of good will—do not rest on theological grounds and do not require theological justification.

In the present instance, one need not depend on biblical prophecy or covenantal theology to find reasons to support the state of Israel. Israel has the only truly democratic political culture in the Middle East. It is a friend of the West in politics and political economy, and, more important, a consistent and unswerving ally of the United States. It is a regional bulwark against the radical Islamists who are its and America’s sworn enemies. The more I see of the populist Arab spring, the stronger is my commitment to Israel. I support Israel not because I am a Christian—though nothing in my Christian beliefs would preclude that support—but because that support coincides with the requirements of justice and the defense of the American national interest.

All that said, I concede that mine is probably an unrepresentative perspective. (Lutherans are regrettably not the hegemonic force in American life I might wish them to be.) The empirical reality is that America’s is a pervasively religious (and predominantly Christian) culture, and large majorities of its people report that they derive their morality, including their political morality, from their religious beliefs. It is not for nothing that G. K. Chesterton described America as a nation with the soul of a church. For better and for worse, biblical narrative and providential expectations play an outsize role in Protestant—certainly conservative Protestant—understandings of the political order.

Nor, finally, am I myself immune to those influences. The substance of my support for the state of Israel may be free of theological taint, but I suspect that its instinctive and intense nature, its imperative psychological force, finds its roots in my pious childhood immersion in the tales of Abraham and his descendants, in the eternal mystery of God’s election of the Jewish people.

As for Nicholson’s concerns about growing anti-Zionist sentiment among evangelicals, especially young ones, I am guardedly optimistic that it will remain a minority phenomenon. Liberal evangelicalism is nothing new, of course: Jim Wallis and the Sojourner community have been around for a long time. Natural human contrariness aside, the sustaining source of liberal evangelicalism is the sentimentality, regardless of context, to which all liberalism, secular or religious, is inherently prone. (Sentimentality is the abiding temptation of the Left even as callousness is the abiding temptation of the Right.)

Nicholson notes various reasons for liberal evangelical antipathy to Israel, but, in my estimation, Israel’s unforgivable sin for those on the Left is that it is no longer the obvious geopolitical underdog it was at its founding. Since its defeat of mortal enemies in 1967 and 1973, Israel has gradually been transformed in the perception of many from David into Goliath. Liberals, even many pro-Israel liberals, can afford the luxury of indulging anti-Zionist tropes of racism and imperialism because they (quite shortsightedly) do not regard Israel as under existential threat. They prefer not to notice that Israel is surrounded by people who have not reconciled themselves—who will not reconcile themselves—to the existence of the Jewish state. The safer one imagines Israel to be, the easier it is to focus on the grievances of its enemies. (It is because of the Right’s relative immunity to sentimental illusions that Israel will, even in overwhelmingly pro-Israel America, find its most dependable support among conservatives, not liberals.)

The threat to Israel is real, but the threat of anti-Zionism among evangelicals, at least those located outside the Middle East, is marginal. Liberal evangelicalism is not oxymoronic, but it is, I think, self-limiting. Mainstream Protestantism drifted into liberalism and secularism when, without considering the consequences and without erecting effective safeguards, it made way for the corroding influence of modern biblical criticism and finally gave up its transcendent faith for a merely social gospel. But an orthodox biblical worldview anchored in salvation history is so intrinsic to evangelical identity, and so fundamentally antithetical to the higher criticism, that it is hard to see any plausible way in which it could disappear among those who would bother to claim the evangelical label. That orthodox biblical worldview will continue to insist, as Nicholson notes, that God blesses those who bless the children of Abraham.

That blessing ought to work both ways. Jewish Americans, whatever their discomfort with Christian theological perspectives, should learn to say a gracious yes to evangelical overtures of friendship and support. So what if evangelicals hope for their eventual, wholly voluntary conversion? Evangelicals propose not a common understanding of the Almighty’s eternal purposes but a strategic alliance for the defense of Israel. In terms of politics, the great majority of evangelicals ask only for a seat at the table, not for a Christian takeover of the social order. It may seem odd of God to choose such allies, but it seems to me self-evident that Jewish supporters of Israel should ungrudgingly take their friends where they find them.

James Nuechterlein is an editor-at-large at First Things and a senior fellow of the Institute on Religion and Public Life. He was formerly professor of American studies and political thought at Valparaiso University.

A Nation with the Soul of a Church
1. Essay

My Dinner with Irving
4. Response

Before Pastor Hagee, There Was Lord Shaftesbury
6. Response

Fervent Friends, or Fickle Ones?