By Our Efforts Combined

Dear Hillel: Don’t you think that Israel needs American Jews to help it withstand the campaigns of hate it faces? 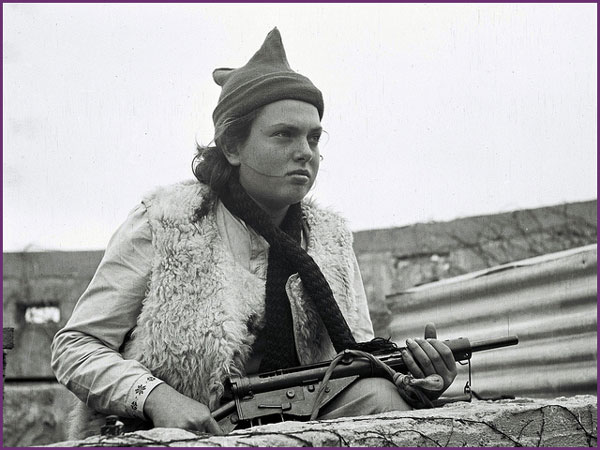 I am immensely grateful that Letters to an American Jewish Friend is being republished so that I can continue to recommend it to anyone who is willing and able to read it. You could never have included me in your composite image of your American Jewish interlocutor, “A.,” because I so fully share your convictions that Israel is the center of any meaningful Jewish history and the place where Jewish life can be lived most completely.

Indeed, my husband and I moved to Israel with our three children about the same time as you and Marcia, and we met you soon afterward at the home you were then renting from the poet Yehuda Amichai. Just as you left New York for good, so we, too, had left our jobs and sold our home with no intention of returning. Like you, we undertook aliyah out of mutual attraction: Israel needed us, and we needed to be in Israel.

Nevertheless, unlike you, we did return, and ever since then we have lived the best and most useful Jewish lives possible outside the Jewish state. We educated our children in Montreal’s Jewish day schools, joined a synagogue, and supported local Jewish institutions. I spent a lifetime teaching Yiddish and Jewish literature in North America rather than at Tel Aviv University, where I had been given tenure.

I am hardly the first Jew to live in the West with at least part of her heart in the East, which is why my own polemic, If I Am Not for Myself, published fifteen years after yours, is written in the form of love letters to a friend who has moved to Israel and with whom love would have to be maintained across considerable distance. My book accepts rupture as an ongoing feature of Jewish survival. Even had we stayed, I would have insisted that Israel’s priorities must include the Jewish civilization that thrives in its orbit but outside its borders.

There are two ways in which I would like to qualify the thesis of your book, or would have liked you yourself to qualify it in retrospect. In your Mosaic essay, you write: “Living as a Jew in America never made any sense to me.” Here I take you to be excusing yourself. If living as a Jew made sense to our ancestors in Babylon and Bialystok, how can it fail to animate those of us still in the Diaspora who are blessed with the freedom to live fully as Jews?

Today, now that its energizing powers have been made manifest, the Jewish way of life rooted in the Bible and maintained through centuries of civilizing talmudic refinement is more wondrously fertile than ever before. After all, this same way of life is what encouraged the reclamation of Hebrew as a living language and the reclamation of Jewish sovereignty in the land of Israel after millennia of creative survival in other people’s lands. If the reemergence of Jewish statehood is the apotheosis of Judaism, it is only because the Jewish way of life allowed for it. Without that impetus of empowerment, Israel would still be Palestine (God preserve us).

We both know that merely being born Jewish, whether in Israel or America, is a qualitatively different thing from living as a Jew. And of course, by “Jewish way of life,” I don’t mean tikkun olam—the perversions of which you exposed in one of my favorite essays by you. The Jewish way of life, at its best, rewards what it demands with the satisfactions that accrue only to those who meet those demands. Over a lifetime, the Sabbath surely affords more pleasure than the effort it takes to maintain it. Jewish study requires years of preparatory textual training before it really begins to pay off. Familial and communal obligations that feel onerous to the adolescent bring joy to the adult as well as comfort to the aged. But I admit that living in Israel as you do, immersed in Jewish languages and learning, with an institutionalized Sabbath and with heavy collective obligations—including for national defense—may confer an advantage here, allowing you to maintain a balance that you would have had to organize piecemeal had you established your Jewish life elsewhere.

The second way in which I think you might have modified your argument in retrospect concerns the welfare of the Jewish polity. In all that depended on Jewish effort, Zionism succeeded beyond messianic expectations. But simultaneously, and unexpectedly, modern anti-Zionism exceeded even modern anti-Semitism in its capacity to organize politics against the Jews. You in Israel certainly bear the brunt of the physical assault. But we outside Israel confront the aggression of a campaign that uses Israel as a proxy for the West, for pluralism, democracy, individual rights, and the liberalization that Israel’s Arab opponents dread.

When you wrote your book in the 1970s, you were actively soldiering in the war on the ground; you could not foresee the gathering momentum of the broader ideological assaults or the formation of new anti-Israel political coalitions. But can I suggest that you in Israel may need more reinforcement from us than you anticipated in the battle to counteract the effects of Arab propaganda—and also in undoing the damage inflicted by some Israelis on their country’s good name?

During one of your visits to Harvard, you and I saw the exhibit “Breaking the Silence,” which airs the abuses allegedly committed by those who soldier in Israel’s defense rather than the murderous violence that requires them to soldier in the first place. This defamatory show, organized by Israelis, was on display at the campus Hillel house, the intended “center” for Harvard’s Jews. Now, Harvard students in general may be intelligent enough to see through the phony charges of “Apartheid” hurled at Israel, and they may be able to resist malicious calls for boycott, divestment, and sanctions; but how can anyone respect a people so demoralized that it advertises its conscience by throwing its countrymen under the polemical bus?

There is no lack of demoralization among us here as well. Yet look at the record: AIPAC does more to expose Arab disinformation than any ministry in Israel, even now that the Netanyahu government has belatedly begun to address the problem. American watchdog groups monitor distortions and lies in the media and combat delegitimation at the United Nations and in universities. Analogous groups in Israel, like the Jerusalem Center for Public Affairs and NGO Monitor, were founded by American immigrants to Israel who still receive most of their funding from abroad. American journalists and editorialists rally to counteract the anti-Zionist slanders of their Israeli counterparts. American film-makers produce documentaries to counter Israeli films that hold Jews responsible for the aggression against them. And so forth. This is just to say that some American Jews form the ideational equivalent of the IDF: a unit of “special forces” in whose ranks they are joined—fortunately—by non-Jewish Americans who recognize that Israel’s struggle is equally theirs.

Israelis have shown great courage in the face of aggression, but they are only human. The more they are battered by an unwavering foe and its Western fan club, the more likely they are to lose their moral confidence. It’s also true that the pressure of Arab hostility falls unequally on Jews inside and outside the Jewish state—the former targeted simply by virtue of being that state’s citizens while the latter can withdraw from a “distant conflict” and even from active membership in the Jewish people. In America, it’s easier to withstand campaigns of hatred than in your anti-liberal, anti-American, anti-Jewish part of the world.

Still, we are in this together. In 1977, in the first of your letters to “A.,” you wrote: “If a Diaspora Jew and an Israeli are to talk to each other meaningfully as Jews, there is only one relevant question with which such a conversation can begin.” That question: “When are you coming here to settle?” Three-and-a-half decades later, with Israel’s Jewish population now equal to or greater than America’s, the question is still pertinent but another question may be more urgent: “What are you doing to help reverse the momentum of the Arab war against the Jews?”

So far, Jews have succeeded in every realm save the one that many other nations appear to have mastered—the ability to keep their land and persuade others that they intend to keep it. This time around, don’t you think it will take our combined efforts to withstand the destroyers?

With gratitude and in friendship,

Ruth R. Wisse is professor of Yiddish and comparative literature at Harvard. Her books include Jews and Power (Schocken), The Modern Jewish Canon (Free Press), and, most recently, No Joke: Making Jewish Humor (Library of Jewish Ideas/Princeton).

By Our Efforts Combined
1. Essay

Making Jews out of Zionists
5. Response