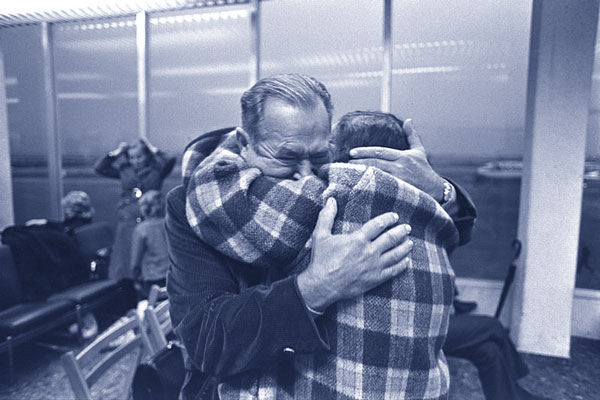 I thank Allan Arkush, Micah Goodman, Ruth Wisse, and Ran Baratz for their responses to my essay. All were made in a spirit of comradeship and all will be answered in it.

Allan and Ruth certainly must know that I don’t belittle American Jews like themselves. I admire them and wish there were more of them, and nothing I wrote in Letters to an American Jewish Friend, or in my Mosaic essay introducing its republished edition, belies that. They are indeed on the front line in an intellectual and political war that neither Israel nor the Jewish people can afford to lose, and I am grateful to them for being there. A world without Israel would be as empty for them as it would be for me; the fact that I live there and they don’t is my good fortune, not something I hold against them.  If all  of American Jewry—if a half or a quarter of it—shared their views, no one would have to call for putting aliyah on the American Jewish agenda, because it would already be there. There would then be a steady flow of American Jewish immigrants to Israel, because American Jews would be living in a different atmosphere, with a far stronger attachment to Israel, from the one they live in now. Would it were so.

Once, in a spirit of foolish jest, I answered a letter from a prominent American rabbi inquiring what I thought a Zionist strategy for America should be by writing back: the immediate evacuation of all American Jews to Israel. But I am not really that foolish. There are, give or take a Pew more or a Pew less, some six million Jews living in the United States. If one in every 500 were to settle in Israel each year—12,000 annually, which is more than four times the present number—I, like most Israelis, would be overjoyed. To the remaining 499, I would say: keep up the good work!

And good work it would be. In the days before World War II, Zionists spoke of Gegenwartsarbeit or “working in the present.” What this meant to even the greatest sholeley ha-golah or “negators of the Diaspora,” in whose company I number myself, was that even if the Diaspora was (and deserved to be) a lost cause in the long run, everything should be done to strengthen it in the short run, because the stronger it was, the more Zionists there would be in it and the more Jews would leave it for Palestine. In pre-World War II Europe, the short run proved to be horrendously short; in America, it may last for many generations. As long as it does, I would like American Jewish life to be as thriving and as Jewish as possible. So would my respondents. Allan, Ruth, and Micah Goodman may be more optimistic than Ran Baratz and I are about the possibility of sustaining such a life, but we all agree on its desirability.

Moreover, just as a flourishing American Jewish community would be good for Israel, so would aliyah be good for American Jewry. It’s a mistake to think, as Ruth and Allan appear to, that the aliyah of a portion of those American Jews who care most about Israel would deplete American Jewish support for it or weaken American Jewish life. On the contrary: as I argued in Letters to an American Jewish Friend, every American oleh strengthens American Jewry’s ties to Israel because he or she has parents, brothers, sisters, friends, and colleagues who are now more emotionally invested in Israel than before. Every oleh creates more potential olim while at the same time creating more Jews who are made to take the idea of Jewish peoplehood seriously, even though they would never consider leaving America in its name. Aliyah is not a zero-sum game in Israel’s favor.

I don’t know what makes Micah and Ruth say that I fail to appreciate the achievements of Diaspora life over the centuries or to understand that without them there would have been no Zionism and no state of Israel. Of course, I understand that; of course, I appreciate these achievements; what did I ever write to indicate that I didn’t? As a Jew in Israel, I’m as much an heir of the Diaspora as they are; as a writer and translator, I’ve had prolonged and happy contact with its glories; nowhere have I been dismissive of them.

But your Jews in Bialystok, Ruth (let’s put aside those of ancient Babylon, most of whom, as Yehuda Halevi scathingly observed in the Kuzari, did not join the return to Zion in the time of Cyrus), had no Jewish state as an alternative to Bialystok. Had they had one and chosen to remain there. . . . No, let me rephrase that. You know as well as I do that in the 1920s, when unlimited Jewish immigration to Palestine was still possible while no longer so elsewhere, the Jews of Bialystok did remain in Bialystok. Twenty years later they were dead. Zionism did not foresee the Holocaust, but better than most currents in Jewish life it understood that modernity meant radically new circumstances for Jews, too, and that any attempt to look to the Diaspora past for models of coping with these was delusional.

Achievements? The Diaspora certainly had them. But it also had its terrible ills, of which  Zionism (especially in Eastern Europe, where it arose and most of the world’s Jews lived) was a critique, the most penetrating and merciless ever made by Jews of their fellow Jews.  Zionism was a critique of Jewish powerlessness; of Jewish economic luftmentshlikhkayt; of Jewish alienation from nature and human physicality; of Jewish cultural and intellectual backwardness; of the Jewish weakness for wishful thinking; and—yes, Micah—of the rabbinic tradition and authority that historically were responsible for a great deal of this. These were things that, as you acknowledge, a culturally conservative secular Zionist like Ahad Ha’am was every bit as aware of as was a culturally radical secular Zionist like M.Y. Berdichevsky. (I wonder if you know, by the way, that Berdichevsky spent much of his life laboring in the vineyard of Jewish texts and sources, which he never ceased to regard as his and his people’s patrimony.) If Zionism was at one and the same time the greatest possible affirmation of the Jewish past and the greatest possible repudiation of it, this was because it alone had the courage to be both.

I have never been an intellectual admirer of Ahad Ha’am; his thought trims corners and always seeks to muddle through; it suffers from a harmonizing, have-your-cake-and-eat-it laxness. And yet it may be that, ultimately, Ahad Ha’am grasped something about human cultures and societies that Berdichevsky, with his sharper, more conflictual, more dialectical mind, did not; for cultures and societies  muddle through, too;  they tend eventually to come to rest at an illogical midpoint between logical extremes. Your description of the return of repressed parts of the Jewish past in secular Israeli culture, Micah, is a fine example of this. You’re right: Berdichevsky would not have predicted it.

But why do you take this to be a refutation of the views expressed in Letters to an American Jewish Friend? It was precisely such a phenomenon that I anticipated in 1976, in Letter 5 of my book, in which I stated, after describing several seemingly trivial ways in which nuggets of Jewish tradition could be seen resurfacing in Israeli life:

When I speak of the hope for a secular Jewish culture in this country, you see, I am thinking of such things, each of which has rescued a vital spark, what the kabbalists would call a nitzotz d’kedusha, from our past . . . and reincorporated it into a living process; not of four or five of them, of course, but of thousands upon thousands that would be related to each other as the details of a single landscape that have been shaped and tempered by the same elements and forces.

Wasn’t I hoping then for the same thing you see taking shape now? Shouldn’t you be answering Allan Arkush on my behalf when he asks whether I am still as optimistic about Israeli culture as I once was? Actually, Allan, I am more optimistic. I’m not sure that, in 1976, I entirely believed in the possibility that I sketched. Today I do.

To Ran Baratz, what can I say? There is no need for words between us, because we already share a country and a sense of it. You have, Ran, summed up Letters to An American Jewish Friend in a single sentence: “in history, the natural defeats the artificial every time.” Thanks for putting it that way. I couldn’t have said it any better.

Hillel Halkin’s books include Yehuda Halevi, Across the Sabbath River, A Strange Death, Melisande: What are Dreams? (a novel), and a forthcoming biography of Vladimir Jabotinsky (Yale).  He has translated Yiddish and Hebrew works by Sholem Aleichem, Mendele Mokher Seforim, Moyshe Kulbak, S.Y. Agnon, Shmuel Hanagid, Y.H. Brenner, and many more. His essays and columns have appeared in Commentary, the New Republic, the Forward, the Jewish Review of Books, and elsewhere.

What Has Zionism Wrought?
1. Essay