Why do scenarios for a better Middle East—like Yoav Sorek's—tend to succumb to the utopian temptation? 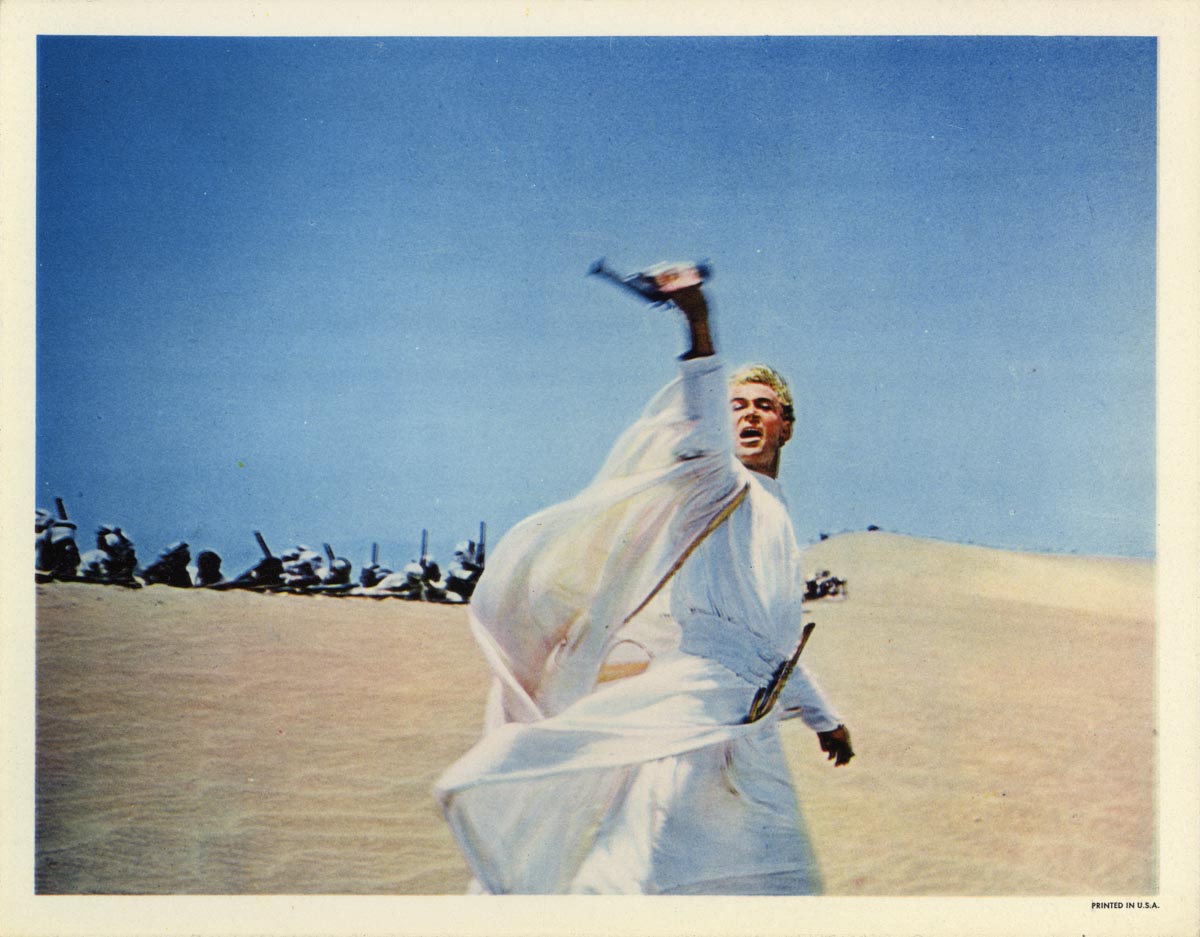 At the end of his provocative essay, Yoav Sorek laments that Israel’s political leaders have lost the ability to “see beyond [their] own horizon”—or “as far as we [Israelis] think they safely could.” He therefore proposes that “we help them envisage, and debate, the better future that might lie ahead.”

Similar sentiments are heard in Israel today on both the Left and the Right. Hawks and doves alike complain incessantly that Prime Minister Benjamin Netanyahu is risk-averse, lacks political vision, and appears content to manage an unsustainable status quo.

Sorek correctly diagnoses one of the main reasons for this general Israeli malaise. Despite decades of “peace processing,” the Palestinian leadership still adamantly refuses to accept the legitimacy of a self-defined Jewish state in the Middle East, while also insisting that not a single Jew will ever be allowed to live in a future Palestinian state. Earlier this month, as if on cue for the purposes of the present discussion in Mosaic, a classic statement of obdurate Palestinian rejectionism appeared in a New York Times op-ed by Ali Jarbawi, a former minister in the Palestinian Authority (PA). To endorse the concept of Israel as a Jewish state, Jarbawi warns, would entail tossing aside the “right of return guaranteed to [the Palestinian] refugees by international law”; therefore, it will not happen.

Jarbawi’s declaration is perfectly consistent with another New York Times piece three years ago by Mahmoud Abbas, president of the Palestinian Authority. There Abbas presented a history lesson on the creation of Israel. Just after the UN General Assembly voted to partition the “Palestinian homeland” into two states in 1947, Abbas writes, “Zionist forces expelled Palestinian Arabs to ensure a decisive Jewish majority in the future state of Israel, and Arab armies intervened.” By reversing the actual sequence of events—it was Arab intervention that caused the war and precipitated Palestinian Arab flight—Abbas underlines the entrenched view that the source of the current conflict remains the very establishment of the state of Israel: the “original sin.”

Even the Obama administration seems to have concluded, however reluctantly, that negotiations for its preferred two-state solution won’t succeed as long as Palestinian leaders refuse to give up on the right of return. Indeed, for the Palestinians this “right” is more than a negotiating position. It is a sacred principle, embedded in their ideology and their backward-looking national narrative. For the Palestinians, peace negotiations have never been about the consequences of the June 1967 war, which ended with Israel in control of the West Bank and Gaza. They remain fixated on the consequences of the 1948-49 “catastrophe” (naqba): i.e., the failed war to prevent the emergence of a Jewish state.

To restive Israelis on both the Left and the Right, all this is very frustrating. No wonder they are sometimes tempted to blame their own prime minister for the resultant impasse, and to wish away the plain fact that in the murderous Middle East, the Jewish state’s options have been and remain very limited. In particular, the Israeli peace movement, ignoring political reality, has repeatedly proposed cutting a deal with the Palestinians for the return of most of the territories captured in the 1967 war in the hope that the 1948 issues—including the right of return and the legitimacy of the Jewish state—will then wither away as both sides recognize the benefits of peace.

In his essay, Yoav Sorek usefully dissects the utopianism of this view, embodied most saliently in the Oslo agreements of the early 1990s. As he notes, the effort to implement those agreements has led to an absurd and dangerous situation on the ground in the West Bank, with Israeli Jewish citizens forbidden to show their faces in the areas assigned to the governance of the PA. He also shows how Palestinian hostility makes it impossible for Jewish and Arab West Bank villagers even to think about cooperating on infrastructure projects for their mutual benefit.

But then, having convincingly demonstrated how inimical the local environment is to practicing the “vision thing,” practicing it is exactly what Sorek proceeds to do. In the face of the seemingly unbridgeable divide between Israel and the Palestinian leadership, he proffers an alternative approach, one based on a more positive Zionist mindset and, above all, on a principled refusal to accept Arab non-acceptance as a permanent condition. Successive Israeli governments may have been too unimaginative, or too inhibited, to pursue such an approach, but in his judgment it is the best way forward.

One example of such an approach, writes Sorek, already exists in the light-rail system that connects Jewish and Arab neighborhoods of Jerusalem “as if [it] were never a divided city.” Extrapolating from the success of that simultaneously bold and common-sense venture, he envisages other unilateral initiatives of the same ilk. Thus, for instance, he proposes turning parts of the West Bank inhabited jointly by Jews and Arabs into

a biospheric sanctuary, devoted to preserving the many archaeological treasures and traditional forms of agriculture to be found in the area. If this were to happen, local [Palestinian] residents would benefit from a dramatic rise in amenities and employment opportunities, and the world would enjoy access to an un-mined portion of the biblical heritage.

In another, much more sweeping proposal, the government of Israel, after “allow[ing] the current, American-led ‘peace process’ to self-destruct, as it will naturally tend to do,” could implicitly forgo its pursuit of a two-state solution and instead initiate “a dialogue addressing the very real problems of the Arab population of the West Bank.” This might be followed by a referendum in which the Palestinians could make up their own minds as to their preferred legal and political status. For those wishing to remain under Israeli jurisdiction, Israel could “craft a model of governance that would benefit all parties.” After all, Sorek writes confidently, “Once the idea of implacable Palestinian rejectionism is removed from the equation, even the option of integration into Israel makes sense.”

Unfortunately, it is far from clear how Sorek foresees all this happening, or indeed how it could happen. A biosphere in the West Bank? If, to use his own example, the Christian Arabs of Tayibe and the Jews of neighboring Ofra can’t cooperate on the construction of a sewage-processing plant to protect the area’s environment and drinking water, what makes him think his more ambitious project has any chance of getting off the ground? Suppose the local Arabs decline the favor; does he propose forcing them to accept it for their own good?

As for abruptly jettisoning the two-state concept, does Sorek believe that Netanyahu (the same Netanyahu who doesn’t “see beyond his own horizon”) would suddenly be persuaded by the power of a good argument to ignite a political war with the American administration and world opinion? Or does he perhaps envision the rise of a new right-wing coalition not only favoring but prepared to impose a one-state solution?

In brief, this scenario for “a better future” is as wildly unrealistic as the Left’s two-state utopianism. Sorek seems to have been gripped by his own illusions about the Palestinians—and to have forgotten that overcoming “implacable Palestinian rejectionism” is exactly what the struggle has been about for at least a century or more. Indeed, if that ongoing hate crime could somehow, miraculously, be “removed from the equation,” what would be wrong with proceeding directly to the two-state solution?

There is, however, one proposal in Sorek’s essay that, instead of adding another irritant to Israel’s already dangerous internal polarization, could provide a common ground of action for reasonable Israelis on both the Left and the Right. I agree with him that the Israeli government and pro-Israel organizations should launch a major initiative to expose the scandal of the six-decade mistreatment of the 1948 Arab refugees. The 700,000 Palestinians who fled their homes have been cynically turned into a mini-nation of five to seven million (the exact number depends on who’s counting). These displaced persons and their descendants, scattered throughout Lebanon, Jordan, Syria, Iraq, and the Palestinian territories, are kept in miserable camps by the corrupt UN agency UNRWA. It is the only refugee problem dating from the conclusion of World War II that has not been solved by the integration of the refugees into their host countries. To the contrary, it has been deliberately left unsolved.

It should be possible for Israel and its supporters to explain to Western publics what the so-called right of return means: namely, the continued immiseration and oppression of millions of Palestinians. Pressuring Palestinian leaders and their sundry ideologues, apologists, and fellow travelers to renounce the delusional dream of a wholesale return to Jaffa and Haifa, dismantling the camps, and undertaking the rehabilitation of the refugees in their host countries—these would not only be positive developments in themselves but essential preconditions for any forward movement in negotiations between the parties.

Is it too much to hope that such a campaign might even bring Israelis from different points of the spectrum closer to agreement on other aspects of their relations with the Palestinians, or Palestinians closer to accepting Israel? If Yoav Sorek is looking to start a movement, here is a golden opportunity.

Sol Stern is a contributing editor of City Journal and the author of A Century of Palestinian Rejectionism and Jew Hatred (Encounter Broadside).