How global competition can spur technological innovation and keep America (and Israel) dynamic. 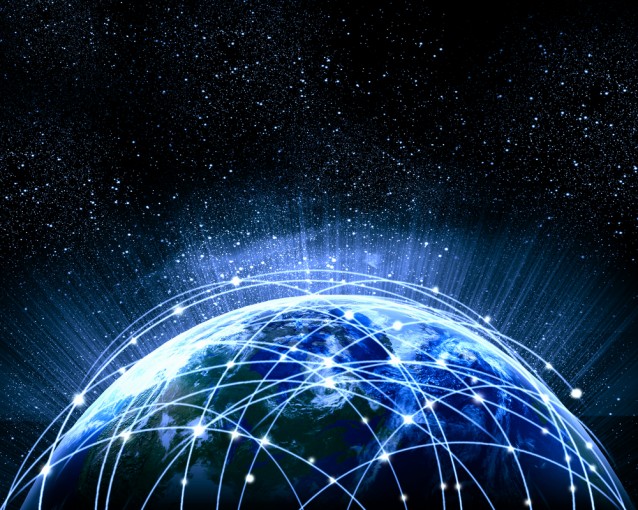 
Walter Russell Mead is a distinguished fellow at Hudson Institute, professor of foreign affairs and humanities at Bard College, and editor-at-large of the American Interest. His books include Special Providence: American Foreign Policy and How It Changed the World (2004), God and Gold: Britain, America, and the Making of the Modern World (2007), and The Arc of a Covenant: The United States, Israel, and the Fate of the Jewish People (forthcoming 2017).

Prediction is always difficult, especially (as Yogi Berra is alleged to have said) about the future. Charles Murray’s brilliant essay on the future of American innovation handles the difficulties well—and, like all good forecasters, he knows when and how to be appropriately Delphic in his pronouncements. “Let Athens trust to her wooden walls,” said the Pythoness as the Persians approached, without specifying whether by “walls” she meant the fortifications around the Acropolis or the hulls of the Athenian fleet. When it comes to the future of American innovation, Murray concludes that it could go either way: European-style malaise, combined with the depredations of the tort bar, could slow innovation to a crawl and put America on the inexorable road to decline; but decline is still a choice, not a fate.

In one sense, there is little to add to Murray’s conclusion; so many factors affect a topic as complex as his that an uncertain verdict about the future is intellectually all but mandatory. But Murray doesn’t just state the obvious; his look at the specific conditions associated with innovation (or the lack of it) in many different cultures and eras offers an important checklist as we think about the state of American life today.

To Murray’s list of factors affecting the potential for dynamic innovation in societies over time, there is one thing I would add. It is a factor particularly relevant to today’s America, and taking it into consideration would lead, in my opinion, to a somewhat more robust confidence in the idea that America’s age of innovation is not yet behind us. That additional factor is competition.

Historically, one of the chief reasons why the European states were able to power ahead of the rest of the world in the last 600 years was the constant press of competition among them. From the Italian Renaissance, when military rivalry drove rapid innovation in offensive and defensive armaments, right up through the cold war, the need to avoid falling behind drove countries and cultures to foster and support innovation of all kinds.

The second Hundred Years’ War between Britain and France (1688-1815) wasn’t just won on the playing fields of Eton; it was won through the development of the Bank of England, advances in navigation and ship building, the promotion of foreign trade, and in many other ways. Similarly, the cold war was seen to involve an all-out competition between the Soviet Communism and American (and more broadly, Western) democracy. Moscow’s launch of the Sputnik satellite in 1957 led to a strong push in the United States to develop the natural sciences at every level.

Perhaps the leading example today of a society driven into innovation is Israel. Limited in natural resources (though perhaps, from a hydrocarbon standpoint, less limited than once thought), and surrounded on all sides by current or potential enemies, Israeli policy makers and citizens understand all too well that the future of their society depends on, among other factors, their ability to stay ahead in the science-and-technology sweepstakes.

So, as we attempt to peer dimly into the future of American innovation, it is worth asking: will international competition continue to play a strong role in impelling Americans, whether they like it or not, into supporting the kinds of policies and institutions that promote innovation?

Some have argued that, since the end of the cold war, the United States need no longer worry about competition of this kind. Russia, they say, even in its newly aggressive Putinist guise, is only a shadow of its former Soviet self. China, though certainly ambitious, remains a regional power, and many believe or hope that ultimately it will even choose to become a “responsible stakeholder” in an America-backed world order. Elsewhere, we are told, with the possible and temporary exception of Iran, none of today’s various rogue states (like North Korea) or members of the Axis of Anklebiters (Venezuela, Cuba, Bolivia) has the potential truly to threaten the United States on a large enough scale to trigger the kind of civilizational confrontation we faced during the cold war.

As I began by saying, one cannot be sure about the future. Still, I have my doubts that the United States is going to enjoy a quiet life in the years and decades to come. On the contrary: we are likely to be living in a world dominated by both old and new kinds of international competition. The ability to develop and apply new techniques and technology, and to manage the social and political consequences of accelerating change, will be key to national success and survival.

In some ways, we have already begun to see the emergence of a new kind of competition that is directly affecting the way both the American government and other governments approach innovation. Only a few years ago, the digital world was regarded as a virtual Garden of Eden, a peaceful paradise where ugly realities like state competition played little part. (Remember when email from Nigerians soliciting our banking information was the most dangerous form of crime on the Internet?) But those days are over. If the Stuxnet virus can disable centrifuges in Iran, one can only imagine what other kinds of havoc can be wreaked through the ubiquitous and indispensable worldwide web.

Increasingly, the need to protect and police the digital universe has led to sharp, zero-sum competition among powerful states, with enormous implications for security. This competition is strengthening the ties between states and technology companies. Google’s business model, for example, very much depends on an American-style Internet with open access; the modern American state, for its part, is as linked to Silicon Valley and its capacity to innovate as tightly as Louis XIV was linked to the genius of Vauban.

It did not take Edward Snowden to alert powers around the world that they, too, must innovate or die through the technologies that shape the age of the Internet. Every drone strike in Pakistan, every piece of news about the revolution in military affairs, hammers home the lesson that the future belongs to those who can seize and hold a place on the technological cutting edge.

Fear has been one of the principal drivers of innovation since Archimedes built machines to defend the city of Syracuse from its Roman besiegers, and fear will continue to drive the human race in the 21st century. While fear alone may be insufficient to create a flowing stream of innovation of the kind that Murray describes, in the American context it is likely to tip the scale in favor of the forces in American society that can keep us dynamic and open to change.

Walter Russell Mead is professor of foreign affairs and humanities at Bard College and editor-at-large of the American Interest, where his blog, Via Meadia, appears daily. Among his books are Special Providence: American Foreign Policy and How it Changed the World and God and Gold: Britain, America, and the Making of the Modern World.

Ruth R. Wisse
April
Does America Still Have What It Takes?
4. Response

Does America Still Have What It Takes?
2. Response

The Course of Cultural Genius
3. Response

Will Israel Have What It Takes?
5. Response