This is a response to Does America Still Have What It Takes?, originally published in Mosaic in April 2014 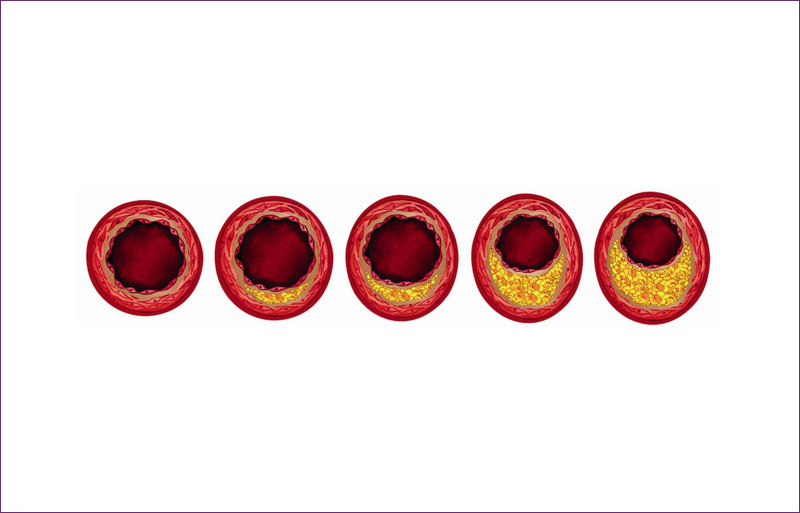 Illustration of the buildup of plaque in arteries. By AstraZeneca.

I read the commentaries on my essay by Dean Keith Simonton and Ran Baratz with interest, but have nothing substantive to add. Walter Russell Mead’s argument about the role of competition triggered a variety of thoughts, all of which are preliminary; it is not a topic that I have investigated systematically. For example, what if classical China had not coalesced into a single huge state, but had consisted of four or five smaller, competing states? Would competition have spurred those different Chinas to accelerate their technological development or invent the scientific method? It is a fascinating and not implausible possibility. With regard to Europe, Mead is surely right that rivalry spurred technological and economic responses.

But as Dean Simonton points out, all of the major European nations experienced “transient dry periods” during those same centuries. The locus of scientific and technological accomplishment moved northward, from Italy during the Renaissance to northern Europe and especially Great Britain thereafter. The experience of Europe teaches that it is possible to drop out of technological competition, as Italy did, or never to enter the competition at all, as in the case of Spain and Portugal.

With regard to the role of rivalry among nations in keeping America innovative, I have one observation and one working hypothesis. The observation is that the United States as a nation has already shown that it is willing to drop out of competitions that do not directly affect our security. The obvious example is the manned space program. The United States now depends on Russian launch vehicles to get our astronauts to the international space station, and shows no alarm about the prospect of being left far behind by the Chinese in years to come. The national ethos that prompted the Apollo program seems completely lost.

My working hypothesis is that the United States government still will respond to rivalries that affect our national security or competitive position in the world when the threat is imminent and obvious but not otherwise. Suppose that China were found to be developing military technology that could give it a decisive advantage over the United States. I still have hopes that America’s leaders would mount a new Manhattan Project to counter it.

But I italicized my caveat for a reason. Walter Russell Mead is correct that, for example, “the modern American state, for its part, is as linked to Silicon Valley and its capacity to innovate as tightly as Louis XIV was linked to the genius of Vauban.” But does the United States government understand that reality? Will it make appropriate policy even if it does understand?

I, like many others, have been bemused by the seeming paralysis and incompetence of the federal government in recent years. This is not a reference specifically to the Obama administration. Instead, I think we are witnessing an advanced stage of the systemic sclerosis that Mancur Olson described in The Rise and Decline of Nations: Economic Growth, Stagflation, and Social Rigidities (1982). The options open to a sclerotic government are tightly limited by the special interests that have grown up within and around it. Sclerotic bureaucracies seek primarily to serve themselves, not the missions they are assigned. And even when a sclerotic government realizes that it is in peril, it is neither agile nor responsive, and is often unable even to prevent itself from doing harm to its own long-term interests.

To put my working hypothesis in terms of Silicon Valley, it seems quite possible to me that the modern American state will effectively cripple the information-technology industry’s innovativeness, oblivious to its dependence on that innovativeness. The same obliviousness will characterize the federal government’s policies toward other centers of American innovation. Whether I am right depends on how far sclerosis in the American government has progressed. My own assessment is that the sclerosis is close to terminal. But that’s a topic for another day.

Charles Murray, the W. H. Brady Scholar at the American Enterprise Institute, is the author of, among other books, Losing Ground (1984), The Bell Curve (with Richard J. Herrnstein, 1994), Human Accomplishment (2003), and Coming Apart (2012).