Jewish Culture and Its Discontents

Let me say it again: Jewish secular culture is too thin and open to support a real collective identity. So now what? 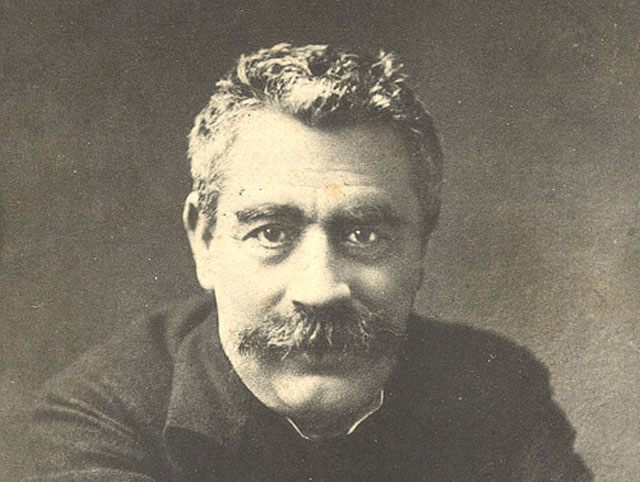 A postcard featuring I.L. Peretz, one of the founders Yiddish culture, circa 1923. Wikimedia.
Response
James Loeffler
About the author


James Loeffler, associate professor of history at the University of Virginia and scholar-in-residence at Pro Musica Hebraica, is currently the Robert A. Savitt fellow at the Mandel Center for Advanced Holocaust Studies of the United States Holocaust Memorial Museum. His “The Death of Jewish Culture” was the featured monthly essay in Mosaic for May 2014.

Let me begin by thanking Michael Weingrad, Jonathan Rosen, and Abraham Socher for their engaging reflections on my essay, “The Death of Jewish Culture.” I’ll address their specific comments before offering a brief suggestion about where to go from here.

Jonathan Rosen, to start with him, balks at my diagnosis of the ills of contemporary secular Jewish culture in America. He fears my definition of Jewish culture is too capricious, too programmatic, and too constrictive. He needn’t worry. No one is proposing to excommunicate Kafka or King Solomon, two casualties he names of my putative wrath. I wish we had more like them. But we don’t. And the reason is simple: Jewish cultural secularism is too thin and open-ended to support a collective identity divorced from religion and peoplehood.

Menahem Mendl of Kotsk, the 19th-century hasidic anti-rebbe, taught: “Man is commanded regarding two things: not to deceive himself and not to imitate his fellow.” American Jews are guilty on both counts. We love being American, and we flatter ourselves that whatever we produce as Americans counts as equally valid expressions of Jewishness. How else can the likes of Woody Allen, J. D. Salinger, Judy Blume, Frank Gehry, Mel Brooks, Irving Berlin, and Bob Dylan be claimed as icons of modern Jewish culture?

These and others may be great American cultural figures. They may voice interesting, even attractive Jewish stories. They may fit a fascinating historical pattern whereby Jewish outsiders have reshaped the inner precincts of modern culture. But, standing outside the bounds of classical Jewish civilization, lacking any links to the languages, texts, and traditions that have defined the core of Jewish life throughout history, they provide precious little with which to fashion coherent Jewish lives of our own.

Jonathan Rosen warns against the impulse to conscript culture into a Jewish service corps for the continuity crisis. Needless to say, I agree. That’s a recipe at once for bad art and for Judaism-lite. But it is precisely what has already happened over the past few decades. Institutions and individuals together have elevated culture into a freestanding alternative to religion and politics as a pathway to Jewish identity. Nor did that programmatic vision of Jewish culture emerge ex nihilo in post-1960s America. It has a specific history; it was borrowed, as I tried to show, from the experience of Jewish Eastern Europe; and this makes it only natural to judge it against that earlier experience and its achievements.

Fine, says Abe Socher, but that was then, this is now. And in between, as Socher justly reminds us, the Holocaust happened. Yes, in the middle of the last century, a 1,000-year-old Jewish world was destroyed. Yet the crisis of Jewish modernity began well before the Holocaust. It’s what brought many of our ancestors to these shores in the first place.

I agree with Socher that the philosopher Solomon Maimon forms part of Jewish cultural history in a way that the jazz artist Artie Shaw does not. But I do not think that is only because Shaw was born and bred in 20th–century New York while Maimon had a talmudic upbringing in 18th-century Poland. The issues we face today are not new. The Jewish artists and thinkers of late-19th-century Russia felt Russian, too. The difference is that some of the most influential among them had a vision of reconciling these dual identities by tapping deep into the Jewish religious civilization out of which they emerged.

Socher and Michael Weingrad are right to point out the paradox in this story: a viable Jewish secular culture depends on, and can only be defined in dialectical relation to, a religious Judaism against which to rebel. A hundred years ago, the progenitors of modern Jewish culture assumed that religion and secularism would continue to interact in a vigorous, reciprocal fashion. They did not anticipate that the world of tradition from which they had departed could vanish so quickly and decisively from the lives of the majority of Jews.

Fortunately, rabbinic Judaism is still with us today. But there are no shortcuts into the tradition. A novel or film about religion cannot replace religious experience itself. Jewish pride (or disappointment) in Israel is no substitute for a Jewish politics.

Nor can you historicize your way into the Jewish past. And here I welcome Weingrad’s cogent remarks about the field of academic Jewish studies. That field is a powerful, valuable intellectual enterprise. It can offer a complement to other forms of Jewish education. But it is not, nor can it constitute, the “faith of the fallen” (in the phrase of my late teacher, the historian Yosef Yerushalmi). The belief that an academic discipline will inculcate a strong sense of Jewish identity in young American Jews is as ill conceived as the belief in the magical power of Holocaust memory to inoculate the American Jewish community against assimilation.

What, then, can we do? We can start by moving beyond the Holocaust as the chief wellspring of the contemporary American Jewish imagination. Immensely creative as they are, American Jews make pathetically little use of the source material of the Jewish past. Is it not symptomatic that two of the most celebrated authors to emerge in this generation—Shalom Auslander and Nathan Englander—have both written novels inspired by the image of Anne Frank? The arresting hold of the Holocaust on the contemporary American Jewish imagination is one clear sign of its paucity. For this theme of vicarious suffering—along with its twin: endless, solipsistic reflections on one’s personal Jewish anxieties—consumes nearly the entirety of the American Jewish mind these days.

It is a commonplace to note that, in reading the works of I. L. Peretz, or S. An-Sky, or Franz Kafka, one comes away with a sense of impending doom—almost as if they knew the Holocaust was coming. Of course, they did not. What they did know was that, already by World War I, European civilization had entered a perilous phase of catastrophe, with massive historical consequences for Jews everywhere. They also knew, or at least they hoped, that their ideas and their art might yet turn crisis into opportunity. The tearing down of the old world required the birth of new ways of being Jewish that linked past with future.

More than we realize, we are still living in their world. For all that the earthquakes of the Holocaust and the existence of the state of Israel have altered the terrain of Jewish history, we share a dilemma with the artists and intellectuals of a century ago. And so we would do well to heed their message. In my essay, I adduced some brilliantly premonitory words by Peretz on what was missing in the Yiddish literature of his own day. I can’t do better than to close with further counsel from the same peerless source:

If you have no God, then you look for idols; but they give no Torah. Then you can’t write, you only write about things. To write, to create, you need religion. Without it, you have no world-concept. . . . And if you have no world-concept you have no world, only detached scattered facts, unrelated manifestations and phenomena. You play with sand. That is child’s play. You have nothing with which to link the ages—today doesn’t emerge from yesterday, or tomorrow from today. . . . If you serve only yourself, you measure and weigh everything against yourself—there is nothing for you to strive toward. You have moods, but no character, desires but no will—no great love, no great hate; you flirt with life.

Ruth R. Wisse
May
The Death of Jewish Culture
5. Response

Jewish Culture and Its Discontents
1. Essay

Culture and the Classroom
3. Response

Hello, I Must Be Going
6. Response