This is a response to What Happened at Lydda, originally published in Mosaic in July 2014 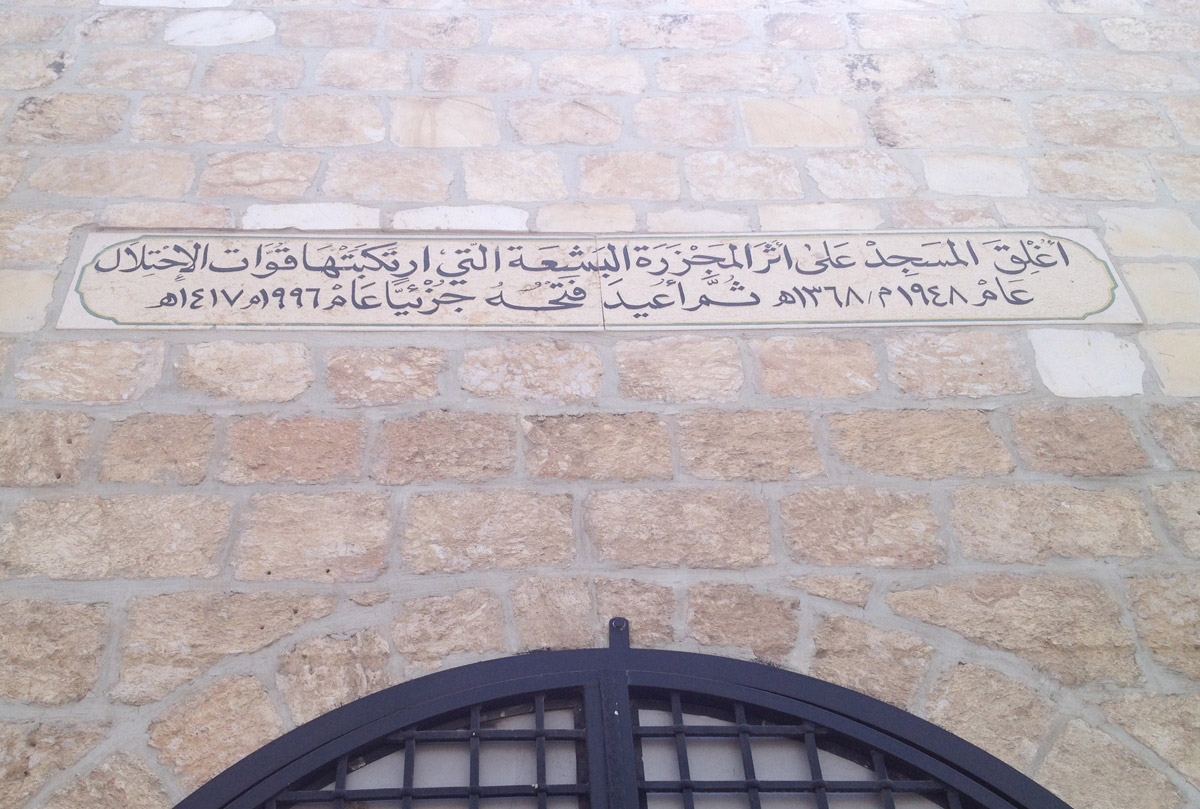 An inscription on the Dahmash Mosque in Lydda. It says in Arabic: “The mosque was closed as a result of the monstrous massacre perpetrated by the occupation forces in 1948, and was partially reopened in 1996.” Photo by Martin Kramer.
The entry of historians into the debate over Ari Shavit’s Lydda chapter, in his bestselling book My Promised Land, constitutes progress. Efraim Karsh and Benny Morris, who for decades have been in almost continuous dispute over the events of 1948, seem to have converged in opposition to Shavit’s turning the July 1948 events in Lydda into the “black box” of the 1948 war and of Zionism. In response to my essay, Karsh writes: “Lydda was one of the very few exceptions that proved the rule, not—as Shavit argues—the rule itself.” And Morris concurs: Shavit “defined ‘Lydda’ as the key to Zionism. Well, it isn’t and it wasn’t. . . . Lydda wasn’t representative of Zionist behavior.”