Everyone agrees that the movement needs to rethink and revamp. Very few agree on how. 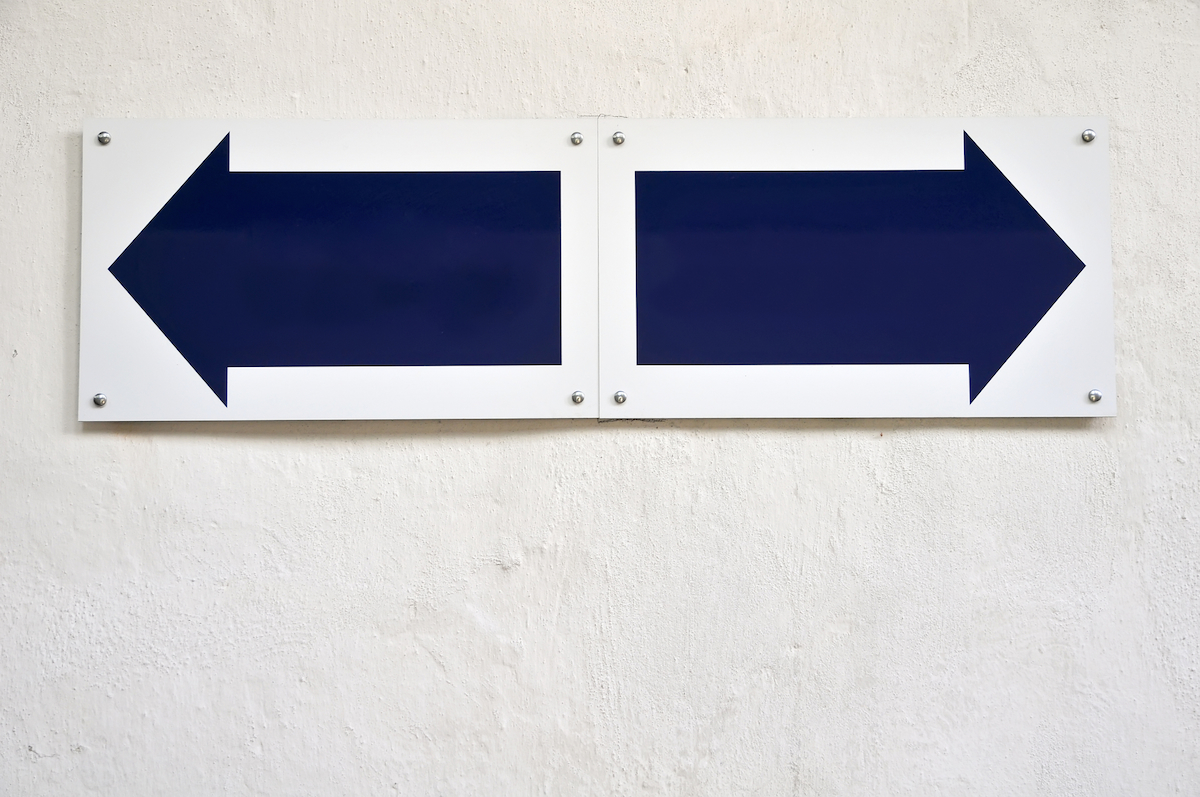 From Dreamstime.
Response
Jack Wertheimer
About the author


Jack Wertheimer is professor of American Jewish history at the Jewish Theological Seminary. His latest book, The New American Judaism: How Jews Practice their Religion Today, has been issued recently as a paperback.

My thanks to Professors Samuel Heilman, Sylvia Barack Fishman, and Adam Ferziger, and to Rabbis Asher Lopatin and Barry Freundel, for contributing richly to this conversation about the current condition of Modern Orthodoxy. Rather than addressing their responses seriatim, I will comment on three cross-cutting themes.

Each of my respondents has devoted some attention to the haredim (“ultra-Orthodox”), a noteworthy indication of the place the latter hold in the Modern Orthodox imagination. All but one seem to regard the haredim as the “other” with whom Modern Orthodoxy must contend; by contrast, the more liberal Jewish denominations barely register in these responses.

Thus, Samuel Heilman focuses on the inordinate influence exerted by haredi rabbis over the Modern Orthodox, a power all too willingly ceded to them by the latter. Asher Lopatin implicitly agrees, lamenting the eclipse, until quite recently, of a more open-minded Orthodoxy. Adam Ferziger consoles his readers with the prospect of new cracks in haredi ranks. Sylvia Fishman is especially exercised by haredi mistreatment of women. (In this connection, incidentally. she misreads me as endorsing the view that “the all-embracing religious culture” of East European Jewry was the embodiment of “traditional Judaism.” That is the belief of haredi Jews, not mine.) All but one of my respondents are more concerned with the “haredization” of Modern Orthodoxy, to use Adam Ferziger’s term, than with the liberalizing dangers of halakhic innovation.

The exception is Barry Freundel who dwells upon the failings of Reform and especially Conservative Judaism. Not surprisingly, he is also considerably more alarmed than the others by the dead-end nature of a Judaism not grounded in the commitment to observe Jewish law, and correspondingly anxious to strengthen “the authority of halakhah.” His disapproval of the more liberal movements is of a piece with his battles against internal Orthodox foes who press for religious “openness.”

Both Freundel and Ferziger see evidence of recent shifts within the haredi population, and Ferziger goes so far as to suggest that a realignment is under way. He cites the growing numbers of haredi Jews who seek a college and professional education, engage in outreach to their non-Orthodox coreligionists, and support Israel politically.

These indeed do reflect important developments within the American haredi world. But do they represent an acceptance of Modern Orthodoxy’s founding premise that much of Western culture is compatible with Torah? Do they share Lopatin’s unreservedly warm embrace of “the gifts of modernity”? As Ferziger himself notes, “the haredi worldview does not value secular knowledge and culture in and of themselves.” Until it does, I submit, it is premature to speak of what might be described as an “Open Haredi Judaism.” There is a vast gulf between seeking a higher education for instrumental purposes—i.e., to learn new skills in order to make a better living—and finding inherent value in the wisdom of other cultures.

Several of my respondents devote attention to the Israel dimension of the Modern Orthodox experience. Though they are too kind to say so directly, my essay scanted this topic—and intentionally so, because it is very hard to pin down. The role, for instance, of Israeli gap-year programs in shaping the worldviews of young Modern Orthodox Jews has been debated by researchers, with some claiming that study in an Israeli yeshiva or seminary causes widespread “flipping out” to haredi versions of Judaism and others dismissing that result as rare. Ferziger sees hope in “a coalition of like-minded American and Israeli institutions” working to create an “unabashedly modern Orthodoxy.” Heilman, for his part, laments that Israel’s religious Zionists have become captives of “settlement” nationalism, and Fishman is appalled at efforts by Israel’s chief rabbinate to delegitimize marriages and divorces overseen by some Modern Orthodox rabbis.

What these comments highlight is that American Modern Orthodoxy is indeed influenced, if not buffeted, by trends in Israel as ideas and practices flow back and forth between the two communities. Perhaps the only definitive thing to be said is that American Orthodox Jews of all stripes enjoy a far more dynamic and fructifying relationship with their Israeli counterparts than do Conservative, Reform, or secular Jews.

And yet, in some interesting ways, a gap is opening between Israeli and American versions of Orthodoxy. American haredim, for example, are far likelier than Israeli haredim to seek gainful employment and pursue degrees in higher education. In fact, haredi rabbis in Israel have disparaged this American trend, while American haredi leaders have given their tacit if not explicit approval.

If, on the other hand, Israeli haredim remain more fixed in their ways than their American counterparts, Modern Orthodox Jews in Israel seem far more open to innovation than do their counterparts. From Zion have come forth some remarkably ingenious solutions to 21st-century religious questions. Means have been found, for example, to magnify sound in synagogues without trespassing on Jewish laws forbidding the use of electricity on the Sabbath and holidays. The same approach is evident in motorized carts for incapacitated individuals who otherwise could not attend synagogue services on those days. Nor is the spirit of halakhic ingenuity limited to technology. It is hardly accidental that the two rabbinic responsa permitting “partnership minyanim”—religious services in which women lead some of the prayers—were issued by rabbis residing in Jerusalem. (Interestingly, one is originally from the U.S., the other from Wales.)

What has made such innovative thinking possible? For one thing, Israeli Orthodoxy, unlike the American brand, has never had to contend with strong Reform or Conservative movements. This has reduced pressure to respond to innovation with a reflexive negativity. Moreover, a sector of the religious Zionist rabbinate in Israel has been intent on bringing religious law into the realm of public policy in a Jewish state. To these rabbis, it is inconceivable that halakhah cannot or will not address the new circumstances created by modern Jewish sovereignty; their interpretive boldness has rarely been matched by Modern Orthodox rabbis in the United States.

Even taking into account differences in nuance, all five of my respondents agree on the need to revamp aspects of Modern Orthodoxy. Some seem more optimistic about the prospects, others more skeptical. Heilman suggests that competition from Chabad will necessitate a more nimble Modern Orthodox response. Fishman, even as she makes a strong case for the success of Modern Orthodoxy, warns against “complacency.” Ferziger looks to “the emergence of new causes or visions [to] generate pride and solidify” identification with Modern Orthodoxy’s “distinctive religious outlook.” Lopatin, though confident that Modern Orthodoxy is now at least on the right track, sees an ongoing need to reclaim it “as a vibrant, creative, and open movement.” Freundel, the most critical of Open Orthodoxy, nonetheless affirms his own participation in the project of renewing Modern Orthodoxy through, for instance, openness to women’s prayer groups and respect for gay and lesbian Jews.

As I contended in my essay, much has indeed gone right for Modern Orthodoxy, and even its divisions can be regarded as a sign of vitality. For their part, all of my respondents note the sense of well-being in many quarters of the community, and Sylvia Fishman offers a compelling explanation for it: “the Modern Orthodox are by far the most engaged group of American Jews.” Just so.

But lurking beneath the surface are several unresolved issues not so quickly dismissed. One of them, raised by Heilman, concerns the “contradictory and often double lives” of Modern Orthodox Jews, as exhibited in their often “exquisite feats of compartmentalization.” Indeed, this may be the only way Modern Orthodox Jews can make the two parts of their identity, the modern and the Orthodox, work. The late Charles Liebman, the most influential analyst of American Orthodoxy in the postwar era, once even held up the Orthodox tendency to compartmentalize as an ideal for other kinds of Jews to emulate. One of the most astute observers of Jewish life, Liebman no doubt understood how tall an order this was: for Modern Orthodox Jews, the blurred line between compartmentalization and hypocrisy can create intolerable tensions.

A second unresolved dilemma concerns the dearth of authoritative thinkers. Freundel tackles this challenge head-on, and both Heilman and Ferziger allude to it. “Who in the Orthodox community is engaging in original Jewish thought,” Freundel asks? Nearly three decades after Rabbi Joseph B. Soloveitchik ceased functioning as a leader, he remains the totem invoked at every turn. To be sure, one can level the same criticism at the liberal Jewish denominations, which continue to offer ritual obeisance to Abraham Joshua Heschel, Mordecai Kaplan, and other mid-20th-century figures in justifying religious positions never imagined by them. But Freundel poses the right question: the failure of contemporary Modern Orthodox leaders to develop Jewish religious thought does indeed appear to be a symptom of theological uncertainty, if not malaise.

Finally, it is curious how little the culture wars within Modern Orthodoxy register in my respondents’ contributions. What do they make of the ease with which, in some quarters, the ideas of opponents are labeled as “heresy?” Or, in others, of the casual dismissal of leading rabbinic scholars as “out of touch” with the modern world? Or, in still others, of the palpable rage at Modern Orthodox rabbis who display tolerance for what Fishman characterizes as the “hysterical extremes” of haredi notions of female modesty?

It may be that a mechanism exists within the Modern Orthodox community to contain rising levels of anger and resentment. But it is not so easy to dismiss or wish away the fact that beneath its placid façade, Modern Orthodoxy will have to deal with them.

Jack Wertheimer is professor of American Jewish History at the Jewish Theological Seminary. Most recently he co-authored Hearts and Minds: Israel in North American Jewish Day Schools, under the auspices of the Avi Chai Foundation.