Why Modern Orthodoxy Is in Crisis

A realignment is occurring in the Orthodox world; to flourish, the Modern Orthodox need to recover their sense of collective purpose. 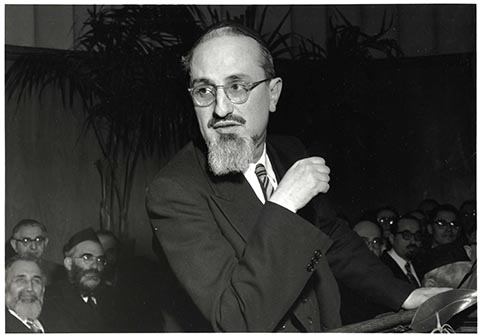 In his erudite and thoroughly researched assessment of American Modern Orthodoxy, Jack Wertheimer details the considerable strengths of this religious stream while also revealing the complex challenges it faces. In the past decade, controversies brewing since the 1980s have heated up and sharpened long-existing divisions, especially those related to the involvement of women in positions of ritual and community leadership. The rifts are serious enough to raise the specter of an imminent rupture of the historic alliance between Modern Orthodox “syncretists”—the sociologist Samuel Heilman’s term for those who fully “embrace the modern world”—and reluctant “tolerators” of that world’s cultural realities, not to mention the many who are somewhere in the middle.

In what follows, I mean to augment Wertheimer’s analysis by introducing a number of potent factors that seem to me critically relevant to the current situation. I will concentrate on three such factors, beginning with the influence of Israeli-style Orthodoxy on its American cousin.

Wertheimer notes the adoption of “haredi-like” attitudes and behaviors by some Modern Orthodox Jews. As others have observed, this often begins in the course of pre- or post-college stints in Israeli yeshivas and seminaries. By no means, however, does the process occur only in those yeshivas and seminaries that gravitate explicitly toward the haredi outlook; it can be observed as well in some religious-Zionist institutions that are ambivalent toward secular culture and encourage strict religious conformity.

All the more noteworthy, then, is the growing role played by such moderate Israeli institutions as Yeshivat Har Etzion (“Gush”) and Ohr Torah Stone. When American alumni of their programs decide to study for rabbinical ordination, most do so through these same Israeli institutions or at Yeshiva University in New York—which is to say, neither under haredi auspices nor under “Open Orthodox” auspices. No less significantly, each of these Israeli institutions has contributed in a major way to the dramatic expansion of advanced Torah study for women. Through their websites and publications, they also reinforce the intellectual inquisitiveness and religious commitment of thousands of American Orthodox Jews.

To be sure, Israeli religious life has also contributed several of the most far-reaching liberal innovations within American Modern Orthodoxy, of which the best known may be “partnership minyanim.” Yet it is questionable whether these innovations are as palatable to the broadest segment of Modern Orthodoxy as are the more restrained novelties authorized by representative figures of the moderate trend I’ve described above. Indeed, the future of an unabashedly modern Orthodoxy that does not alienate its more conservative members may depend on fortifying a coalition of like-minded American and Israeli institutions. Notable among the latter, in addition to Har Etzion and Ohr Torah Stone, are the Beit Hillel religious-leadership organization and the Matan and Nishmat Women’s Institutes; all of them count expatriate Americans among their leaders.

This brings me to my second factor: namely, fresh trends within American haredi Orthodoxy. It is true enough, as Wertheimer observes, that the haredi worldview does not value secular knowledge and culture in and of themselves. Today, however, practical involvement in the larger society is considerably more widespread and accepted than it was among the movement’s mid-20th-century founders. Far more haredi students attend college and even graduate school than in the past. In addition, as Chaim Waxman has demonstrated, and as data in the Pew Report amply confirm, a strong connection with Israel is no longer confined to the Modern Orthodox. Apart from a few avowedly anti-Zionist sects, most haredi Americans are unequivocal in their political support of the Jewish state and make up a sizable contingent of its current immigrants.

This points to an even more basic change within the formerly sectarian and inward-focused haredi ethos. By the late 20th century, as American haredi leaders gained confidence that their style of Orthodoxy was not threatened with extinction, they also became sensitive to the inroads of assimilation among their fellow Jews. Although this has not engendered a greater official tolerance of internal Orthodox diversity, it has led to a dramatically less confrontational attitude toward the non-Orthodox communities, including former arch-adversaries like the Reform and Conservative movements. This is true not only of Chabad Hasidism but of mainstream groups within Lithuanian-style Orthodoxy as well.

And that is not all. On the ground, there has also been a palpable narrowing of the gap between core components of the haredi community and some of the more conservative elements of Modern Orthodoxy. This trend has been generally referred to as the “haredization” of Modern Orthodoxy, but in reality it is a two-way street: central haredi factions, for their part, have adopted attitudes and modes of conduct once regarded as typifying the Modern Orthodox. In a forthcoming book, I show that a “realignment” is occurring in the Orthodox world, producing a more fluid spectrum than is captured in the familiar notion of a Modern Orthodox/haredi dichotomy. As certain once-hard distinctions fade away on the one side, while on the other side the internal bonds between Modern Orthodox “syncretists” and “tolerators” loosen, we may witness more sights like the provocative “Statement on Open Orthodoxy” signed by both Yeshiva University rabbis and alumni of haredi yeshivas.

Finally, I come to what may be the underlying source of Modern Orthodoxy’s existential crisis. The ongoing vitality of any religious movement depends upon its ability to sustain for its adherents a sense of collective purpose and meaning. The specific issues that preserve group identity can evolve over time; sometimes the focus may fall on positive principles, sometimes on opposition to rival factions or theologies. When the driving assumptions are clear and inspiring, internal differences can be overcome. But when ideological inertia sets in, differences tend to become inflated and to portend rupture.

For over two centuries, factions both in Europe and North America loosely assembled under the “modern” Orthodox rubric came together around three main principles. First, a full commitment to religious observance does not demand reclusion from the broader society or from secular knowledge. Second, while personal observance is the ideal and should be encouraged, it is not an unconditional requirement for individual membership in the Jewish collective. Third, neither Reform nor Conservative Judaism is a legitimate expression of Jewish religious teachings.

Historically, there were sharp internal debates about these principles as well as multiple interpretations of them. But there was also overwhelming consensus on the foundational synthesizing ideals that inspired Modern Orthodoxy and distinguished it both from liberal denominations and from alternative forms of Orthodoxy. Even after the model was well established in America, certain causes—a striking example being the activist campaign on behalf of Soviet Jewry, a movement in which the Modern Orthodox took a leading part in mobilizing the energies of the entire American Jewish community—continued to nurture a sense of shared and distinctive purpose.

Today, the lines are softening, at least to some extent. Pitched inter-denominational battles are rare, and even haredi circles increasingly accept higher education and cooperate with non-Orthodox denominations under the banner of combating assimilation. Still, the norms of haredi Judaism remain clear-cut and well defined, while the nuanced messages of Modern Orthodoxy become harder to detect. If, at the heart of today’s Modern Orthodoxy, one finds only a common “lifestyle”—what Jay Lefkowitz has dubbed “social Orthodoxy”—part of the reason may lie in the weakening hold of its foundational vision on the allegiances of syncretists and tolerators alike.

What themes continue to galvanize Modern Orthodoxy? Commitment to the state of Israel as a religious value is still an ideal that joins together the different factions and generates considerable enthusiasm. But, as Wertheimer notes, those most passionate about Israel tend to move there in order to contribute more directly to the society’s welfare as well as to experience a less bifurcated Jewish life, and this causes American Modern Orthodoxy to lose some of its most capable and inspired offspring.This brings us back to the evolving religious role of women: the one issue that continues to spark serious excitement among both those who campaign for expanding opportunities and those who oppose far-reaching changes. Whether equilibrium can be achieved on this issue, and can be accepted by the broadest part of the constituency, is unclear.

What is clear is that the ongoing vitality of American Modern Orthodoxy, and ultimately its survival, will depend upon the emergence of new causes or visions that generate pride and solidify a broad identification not just with the movement’s “lifestyle” but with its distinctive religious outlook.

Adam S. Ferziger, professor in the department of Jewish history and contemporary Judaism at Bar-Ilan University and co-convener of the Oxford Summer Institute for Modern and Contemporary Judaism, is the author of Exclusion and Hierarchy: Orthodoxy, Nonobservance, and the Emergence of Modern Jewish Identity (2005) and Beyond Sectarianism: The Realignment of American Orthodox Judaism, due out next year from Wayne State University Press. He thanks Joshua Berman, Ari Ferziger,and Jonathan Ferziger for their comments on an early draft of this essay.

Why Modern Orthodoxy Is in Crisis
1. Essay