What Now for the United States?

How America can help the new Arab-Israel alliance to resist IS and stabilize the Middle East. 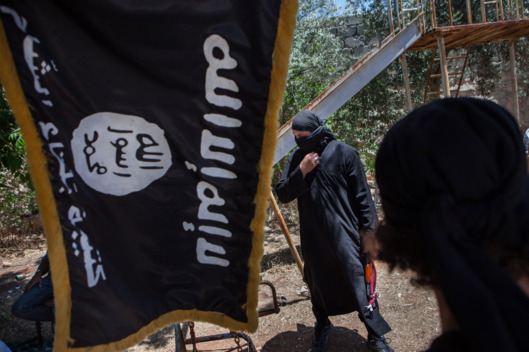 No one explains the durability of the status quo in Israeli-Palestinian relations as well as Elliott Abrams. “What Now for Israel?” demonstrates why, despite the strong will of the United States and Europe to broker a two-state solution, a formal peace remains out of reach. Forty-seven years after the Six-Day war, it’s time to conclude that, in the Middle East, there is nothing more permanent than a temporary arrangement.

Before anything else, American leaders need to repudiate, once and for all, what Abrams calls the “epicenter” theory: that is, the notion that the Israeli-Palestinian conflict is the central strategic question in the Middle East. While no American president has embraced this theory in any formal sense, almost every president since Jimmy Carter—and every secretary of state since Cyrus Vance—has taken it as axiomatic that to formulate a Middle East policy means initiating and presiding over a “peace process.” We can now see that peace in this sense—that is, an allegedly final agreement, however tenuous, sealed with a handshake on the White House lawn—will be unattainable for the remainder of the Obama administration and probably much, much longer.

More to the point, even if such an agreement were possible, its benefits to the United States would be much less significant than American leaders have tended to assume.

What explains the grip of the epicenter theory on the American imagination? There are many reasons for it, but one of the most important is also one of the simplest: the Israeli-Palestinian conflict stirs up passions worldwide and attracts unparalleled attention from the global media. Presidents have unconsciously conflated this political heat with strategic significance. If a conflict generates this much electricity, it must have an explosive influence on the most profound questions of national and international order.

But it is not so. The core threats to American national security in the Middle East today are the rise of the Islamic State (IS), the advance of the Iranian nuclear program, and the spread of Iranian influence throughout the region. They are almost entirely disconnected from the Israeli-Palestinian conflict. If a peace agreement were signed today, the political landscape of the Middle East would remain more or less the same, and so would the most consequential challenges it poses to the United States.

In addressing those core threats, a fundamental contradiction has bedeviled the policy of the Obama administration. On the one hand, the president has adopted the ambitious goals of convincing Iran to abandon its nuclear program and stabilizing Iraq and Syria. On the other hand, he has displayed a persistent reluctance to commit the level of resources, especially the military resources, necessary to achieve these aims—and an equally deep reluctance to accept the traditional post-World War II leadership role of the American presidency in global affairs.

On the face of it, Obama overcame that reluctance when he announced his strategy to “degrade and ultimately destroy” IS. But the new military campaign flies in the face of the president’s previous actions and policies toward Iraq and Syria, and his ambivalence is still palpable. Despite its billing, the speech outlined an air campaign that will only degrade IS, not destroy it. As a result, Obama still stands before the Iranians and IS like a shaky policeman, his eyes searching for the exit even as his gun is drawn from its holster.

As Abrams explains, this study in self-contradiction has only added to Israel’s reluctance to gamble on a two-state solution. In order to manage the risks of peace, Israel needs the backing of the United States, yet the current administration’s long-term commitment to the region is unpredictable. And it is not only Benjamin Netanyahu who questions American reliability. The Saudis, Egyptians, Jordanians, and Emiratis are equally unnerved, especially because now, when it comes to dealing with IS, Obama’s mixed messages have coincided with an ever-deepening American coordination with Iran itself, the bitter rival of America’s closest Arab allies.

The week before Obama’s speech, these same Arab allies riveted their attention on the military coalition that liberated Amerli, the Turkmen city in Iraq that was under siege by IS. While American planes attacked IS from the air, Shiite militiamen, Iraqi soldiers, and Kurdish peshmerga fighters attacked on the ground. Of them all, it was the Shiite militiamen—trained in Iran—who actually took physical control of the city, and who reportedly did so, moreover, under the watchful eye of Qassem Suleimani, the commander of Tehran’s Quds Force (“Jerusalem Brigade”).

Has the United States become the air arm of Iranian proxies? Will the convergence of Iranian and American interests with respect to IS lessen Washington’s (already questionable) inclination to force concessions from Tehran on its nuclear program? Will Washington now scant the advice and concerns of its traditional allies in favor of closer attentiveness to Iran and its subsidiaries and stand-ins?

Plagued by such doubts, America’s Arab allies have banded together into a bloc designed to protect the status quo—a bloc that now coordinates closely with, of all countries, Israel. Pointing to this unprecedented regional turnabout, Netanyahu speaks of “a new political horizon.” Whether the new alignment will satisfy Israeli expectations remains to be seen. But it could and should definitely serve as the foundation for a new and comprehensive American strategy.

The creation of the broad anti-IS front offers an opportunity to welcome this bloc into the inner circle of a coalition, which the U.S. should use not only to subdue IS but simultaneously to sideline Iran and Syria. At the same time, it could serve to help stabilize the status quo in Israeli-Palestinian relations. As Abrams points out, most Israelis, even many on the political Right, do not relish the idea of ruling over four million Palestinians. Thus, even as the immediate prospects of a peace accord recede, the two-state solution still remains the only game in town.

In the Israeli-Palestinian arena, instead of brokering meetings between Netanyahu and Abbas to achieve the impossible—a settlement of the entire conflict—the U.S.-led coalition could adopt a more modest and more productive approach. Desirable now is diplomacy aimed at forming a stable, autonomous entity on the West Bank. Of course, such an entity could not be established formally, because the Palestinians would likely regard signing off on it as a renunciation of their national rights. But it may be within reach to craft a set of unofficial rules of the game that will strengthen the status quo and conduce to further mutual accommodations in the interest of all parties.  Call it a code of conduct.

For example: the construction of new Israeli settlements east of the separation barrier, imperiling the status quo, would be considered a violation of the code of conduct and grounds for significant protest not just by the United States but also by Israel’s new Arab partners. By contrast, the code would hardly regard the growth of Israeli settlements within the major settlement blocks—towns and cities that, everyone agrees, will eventually be absorbed into Israel proper—as cause for alarm.

Another example would be a plan to expand what is known as Area A, namely, that part of the West Bank in which, according to the Oslo accords, the Palestinian Authority enjoys full control. While, again, full-blown peace is impossible, the gradual expansion of Area A until it incorporates all of what is now Area B, where security control is mixed between Israelis and Palestinians, is within the realm of the achievable. At the same time, Area B could expand to include parts of Area C, in which, currently, Israelis wield complete control.

In return for supporting such a movement toward Palestinian autonomy, the Israelis would rightfully expect, especially in the all-important field of security, reciprocal gestures by the Palestinian Authority as well as by the PA’s Arab supporters.

Presiding over the development of a code of conduct is not the stuff of which Nobel peace prizes are made. But it is important work. What is more, it will not divert American attention from the task that matters most: countering IS and, especially, Iran.

Michael Doran, a senior fellow of the Center for Middle East Policy at the Brookings Institution, is a former deputy assistant secretary of defense and a former senior director of the National Security Council in the George W. Bush administration. His book on Eisenhower and the Middle East is forthcoming. He tweets @doranimated.

What Now for the United States?
1. Essay

Can the Unsustainable Be Sustained?
4. Response

The Case for Unilateral Action
6. Response