How the Ultra-Orthodox Undermine Themselves

For many members of Israel’s haredi community, loyalty is signaled by rendering oneself useless in the outside world. 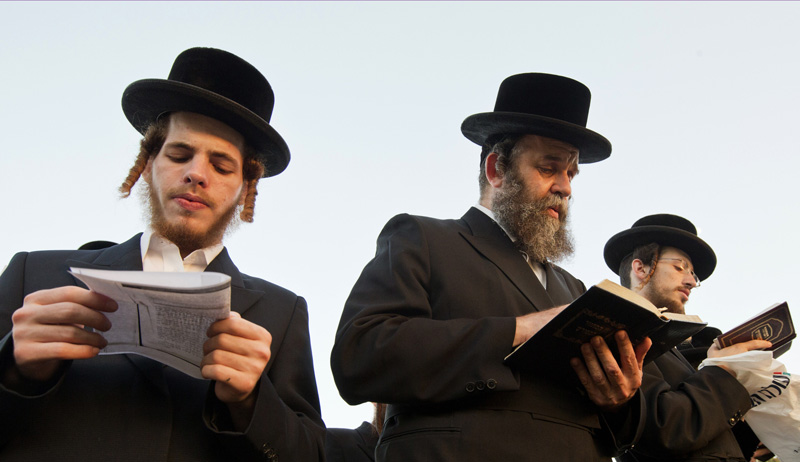 Response
Moshe Koppel
About the author


Moshe Koppel is a member of the department of computer science at Bar-Ilan University and chairman of the Kohelet Policy Forum in Jerusalem.

As Aharon Ariel Lavi cogently describes, Israel’s haredi community falls far short of realizing its economic potential. But economic underperformance is hardly its main problem. To understand how Israeli haredim are failing to achieve their own objectives, we must first understand what these objectives are and how haredim hope to achieve them.

Like all committed Jews, haredim aim to pass to their descendants the religious tradition they themselves have received from their parents. The strategies they use to do this are (somewhat exaggerated) versions of those familiar to conservatives in many cultures. I’ll review the positive features of these strategies before considering how they have been distorted by excess.

First, haredim are meticulous even about the apparently trivial details of traditional norms. They tend not to give special priority to norms displaying a specifically moral resonance or more venerable legal histories. Unlike the Modern Orthodox, they don’t attempt to reconstruct some supposedly authentic iteration of Jewish religious law (halakhah) out of historical sources in order to smooth inconsistencies and jagged edges. That would lead inevitably to subtle social engineering and to the undermining of organic tradition: something any conservative should wish to resist.

Second, haredim are wary of whatever utopian ideas happen to be in fashion. They instinctively understand that contemporary liberal ideologies seeking to liberate individuals from the strictures of communal institutions overestimate both human nature and the capacity and quality of the state institutions that must inevitably replace the communal ones. For the same reason, Israeli haredim resist the Zionist ideology that would entrust to the state the role traditionally filled by the community in inculcating the salience of Jewish peoplehood. While this stubborn pragmatism is often frustrating to devotees of such ideologies, haredi “heresy” on these matters can be quite refreshing.

Third, haredim decline to provide their children with the sort of education that yields social capital more easily redeemed outside than inside their community. Here haredi pragmatism recognizes the fact that ultimately people give their allegiance to whatever society best appreciates the skills they have to offer. The ability to learn Talmud, for example, is best rewarded within haredi society, while academic achievements will always be valued and rewarded outside that society; haredi educational choices reflect this simple fact.

Finally, haredim proclaim obedience to leading rabbis and are generally solicitous of Torah scholars. Giving extra weight to the opinions of those most likely to be loyal to and knowledgeable of the tradition is a good strategy for preventing its undue corruption. Cultivating and rewarding a scholarly aristocracy encourage scholarship that protects tradition.

I’m afraid, however, that this picture of contemporary haredi society is very partial. Fidelity to the fine points of tradition, rejection of utopian ideologies, parochial education, and respect for elders and scholars are strategies that have always been pursued by conservative societies. But the members of such societies typically display differing degrees of conservatism and execute the society’s strategies with varying degrees of enthusiasm. Contemporary haredi society is distinguished by its institutional segregation of the most conservative elements of Jewish society. That segregation results in an extreme emphasis on conservatism itself at the expense of the values and norms that are ostensibly being conserved. It distorts each of the four strategies described above.

First, fidelity to the details of current religious practice, when enacted in a self-conscious manner, is transformed into a codified belief in the unchanging character of halakhah. While an unwillingness to change halakhah deliberately is crucial for preserving its organic character, the doctrinaire denial that such change has in fact occurred and must occur is provincial and naive—and often insincere. Depicting King David in a hasidic fur hat (as in some haredi coloring books for children) is less a triumph of artistic imagination than a failure of historical imagination.

Second, pragmatic rejection of utopian liberal orthodoxies is amplified by the haredi echo chamber into a more rigid and decidedly unpragmatic form of dogma than the one it seeks to negate. Sensible caution regarding utopian aspects of liberalism and Zionism hardens into an inability to assess in a sober manner the manifest benefits that each has brought to the Jewish people as a whole and to haredim in particular. A corrosive cynicism toward these movements runs wild.

Third, the denial of general education to young people heightens interdependence within the haredi community, but at a heavy price. The resulting limitations on earning power actually increase dependence on the very state of which haredim wish to remain independent. More importantly, individuals deeply invested in a community tend to demand that others within it prove their loyalty to a similar degree. In many parts of the Israeli haredi community, loyalty is signaled principally through bridge-burning: i.e., rendering oneself useless in the outside world through draft-avoidance, skill-atrophy, and/or anti-social behavior.

Collective bridge-burning leads, in turn, to the devaluation of universal values in favor of the more esoteric and solidarity-enhancing aspects of Jewish tradition. A particularly ugly expression of this bias toward solidarity at the expense of universal values is the occasional public display of support for reprobates or other moral monsters simply because they are “insiders.”

Finally, as happens in all aristocracies, much of what passes for haredi aristocracy has turned decadent. While there are many worthy scholars in the haredi world, power-brokers prefer to coronate pedigreed fools who validate the biases of insiders and advance their interests. Furthermore, the cloistering of a scholarly caste far from the workaday world infantilizes its denizens: like eternal graduate students, rabbinic elites denigrate the need for commerce, security, and other necessities of civilization simply because these goods seem to them to materialize magically from elsewhere.

It is perhaps comforting to believe that these problems might be solved through subtle changes in state welfare policy, more persuasive ideological arguments, or, as Aharon Ariel Lavi suggests, the healthily subversive influence of baalei teshuva. With him, I certainly hope that haredim find the means to stem the damage done by excessive institutional segregation.

Unfortunately, though, a more likely scenario is the one described by the economist Timur Kuran in his classic book Private Truths, Public Lies. When a society collectively professes implausible beliefs and preferences, as Israel’s haredi society increasingly does, but individual members of that society privately question many of those beliefs and preferences, as many haredim do, a small and usually unanticipated catalyst can set off a cascade effect of defection as each individual is surprised to discover that others share his skepticism.

I do not relish the prospect of such a revolution precisely because, at bottom, haredim are right about the sacrifices required to preserve tradition, and have proved ready to make them. But I fear this revolution is fast upon us.

How the Ultra-Orthodox Undermine Themselves
1. Essay

Are the Ultra-Orthodox the Key to Israel's Future?
2. Response

How Not to Help the Ultra-Orthodox
3. Response

By the Sweat of Jewish Brows
4. Response

Could the Haredi System Melt Down?