Some Catholic Religious Thinkers Are Anti-Liberal, but the Church Is Not

In the debate over the place of Christianity vis-à-vis secular liberal culture, let the Church speak for itself. 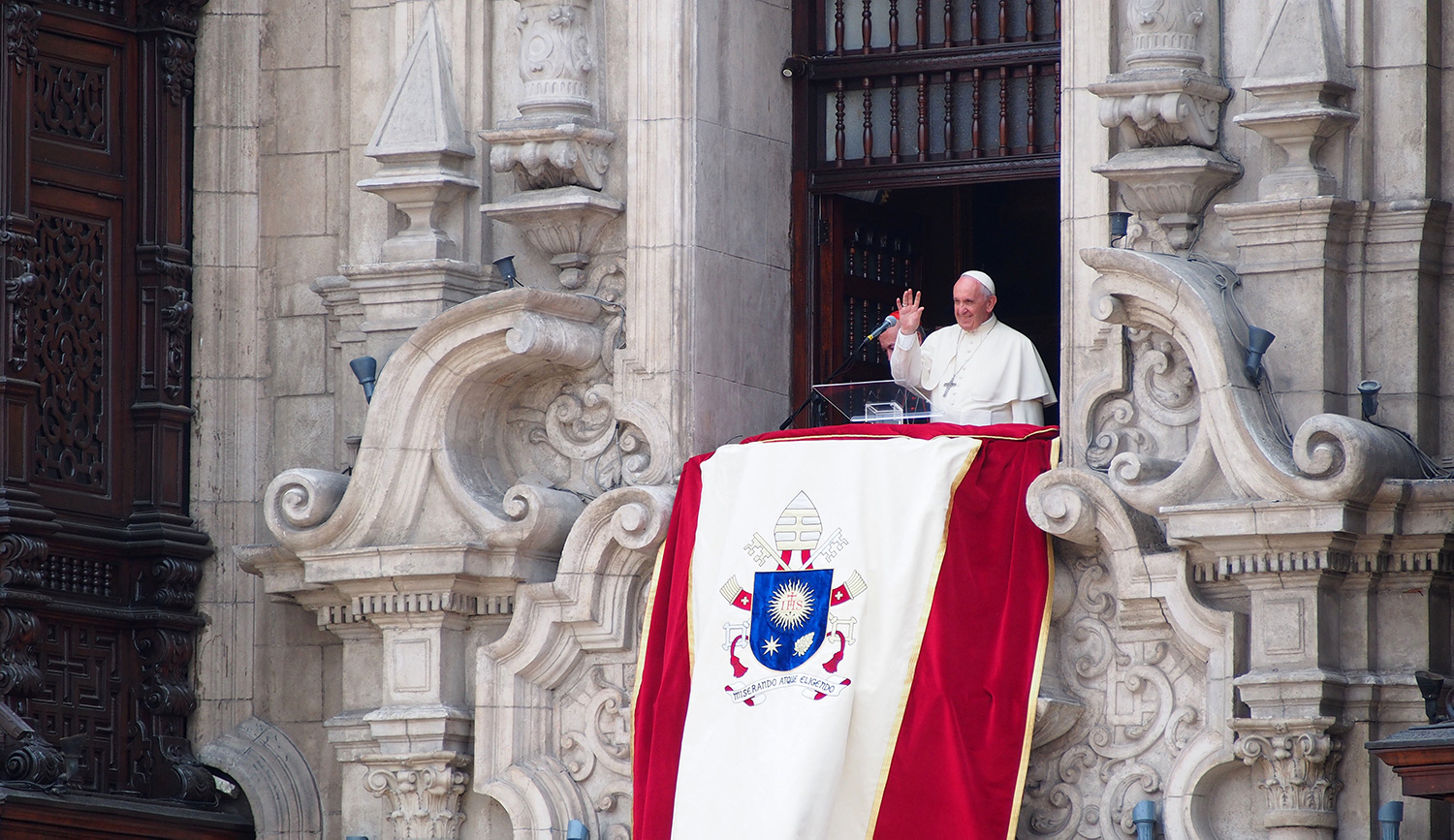 
R. J. Snell is director of the Center on the University and Intellectual Life at the Witherspoon Institute and the author of, among other books, Authentic Cosmopolitanism (with Steve Cone, 2013), The Perspective of Love: Natural Law in a New Mode (2014), and Acedia and Its Discontents (2015). His essays on religion and culture have appeared in a variety of scholarly and popular publications.

In his essay for Mosaic about the recent debates on the Mortara affair and the role played in it by Pope Pius IX and the Catholic Church, Nathan Shields astutely situates his discussion within the larger framework of the Church’s fundamental “relation to the Western liberal political order”—a relation now under severe questioning by some Catholic anti-liberals. In so doing, Shields challenges us to come to grips with the historical and theoretical tensions at play.

Along the way, Shields also pauses to note the curious fact that in this discussion, at whose historical core lie the baptism and seizure of a Jewish child, today’s American Jews have been relatively quiet or  simply absent, either as participants or as subjects—as if they had no stake in an essentially intra-Christian debate about the place of Christianity vis-à-vis secular liberal culture.

Without commenting further on the Jewish stake in this larger religious and cultural debate—to me the debate would seem to merit the utmost attention—I applaud Shields’s expansive aims and genuine insights. But I would add that, in his essay, another voice is no less mute, if not altogether absent. That is the voice of the Catholic Church itself. In his legitimate preoccupation with the anti-liberal case and its intellectual and moral flaws, Shields obscures—just as do many anti-liberals themselves—the Church’s own developed understanding of the issues at stake here.

According to the anti-liberal narrative, as Shields summarizes it, “the dominant intellectual tradition of the Catholic Church” has “never been comfortable” with how economic and social liberalism conceives of the human being, the state, and liberty. As an instance of that discomfort, he cites Pius IX’s 1864 Syllabus of Errors with its “sweeping and uncompromising opposition” to “political liberalism, religious pluralism, and the separation of church and state.” That these three “errors” happen to constitute the very underpinnings of the liberal democratic order as we in the West know it explains the “particular fervor” with which that order is under attack “by some Catholic intellectuals” today.

As Augustinians, Shields elaborates, Catholics define liberty not as “freedom from constraint” but as acting in conformity with the good. Once defined in that way, liberty cannot primarily mean (as it meant to Locke, Mill, and other founders of modern liberalism) “freedom to choose, freedom from constraint, freedom from coercion.” Instead, in the Augustinian view as described by Shields, the purpose of the state is not to secure a morally neutral freedom in consonance with whatever vision of the good life citizens happen to hold. Rather, it is to “orient citizens” toward the genuine liberty that leads to collective salvation. While “Catholic integralism,” as this position is sometimes termed, “may not be a necessary consequence” of the Augustinian vision of liberty, anti-liberal Catholics are disposed in its direction.

But here’s the problem: the Church is less disposed. In 1993, for instance, John Paul II, quoting among other things the Declaration on Religious Freedom (Dignitatis Humanae) issued in the mid-1960s at Vatican II, taught that humans have a duty to follow their own conscience, since “God willed to leave man in the power of his own counsel,” with individuals “free and self-governed, swayed autonomously by [their] own will.” Of course, the Church also continues to insist that human conscience lacks the right to create moral value, and that persons attain genuine liberty when freely choosing the good. Yet mark the word “freely”: no one is to be, or coherently can be, coerced into either faith or liberty—such coercion is wrong and contradictory.

John Paul II similarly insists that individuals and political communities alike have a “rightful autonomy”: the “autonomy of earthly realities” in which “created things have their own laws and values . . . discovered, utilized, and ordered by man”—not by the Church. To the contrary, in recognizing the freedom of the individual, the Church also recognizes the autonomy of disciplines of knowledge, society, and legitimate political authority. In the words of Dignitatis Humanae, “God calls men to serve Him in spirit and in truth; hence they are bound in conscience, but they stand under no compulsion.”

In brief, although some Catholic anti-liberals may see liberty in the Augustinian understanding as a necessary component of the ideal Catholic polity, the Church proclaims not only the “inviolable dignity” of persons created in the image of God but—strikingly—the wisdom residing in “the extraordinary opportunity that our modern times offer, through the affirmation of these rights, for more effectively recognizing human dignity and universally promoting it.”

When the Church is speaking for itself, its teachings do not lead to anti-liberalism.

It is certainly true, as Shields notes, that Catholic anti-liberals frequently complain about the “fatal vagueness” of the desire voiced by Vatican II for a dialogue with modernity, a desire they connect with the “Church’s demographic implosion” and other ills. But Shields errs in accepting the anti-liberal characterization of Vatican II’s “primary objective” as bringing the Church up to date with modernity. Although both progressives and traditionalists have often described Vatican II in this way (the former approvingly, the latter disapprovingly), the Church understands the Council’s primary objective as achieving “a growth in the understanding of the realities and the words which have been handed down [emphasis added],” or what Catholics term the development of doctrine. Vatican II’s teachings on religious freedom, political autonomy, liberalism, and God’s abiding covenant with the Jews sought not to be more modern, but to be more faithful.

In that attempt, the Church saw itself, and continues to see itself, as continuing down the “new path” of social teaching that emerged in the 1891 encyclical Rerum Novarum of Pope Leo XIII. This new path, even as it grafted “itself onto a tradition hundreds of years old,” “signal[ed] a new beginning and a singular development of the Church’s teaching in the area of social matters.” That development, Avery Cardinal Dulles explains, was “undeniable,” even “dramatic,” because social doctrine, which “emerges with a certain irregularity according to the vicissitudes of history,” must be “under continual revision” in order to express fundamental principles in line with a living tradition.

Once again, some anti-liberals object to this account; in Vatican II they see rupture rather than continuity, illegitimate innovation rather than development. But, once again, the anti-liberal account is not the Church’s account. The Church is not nearly so nostalgic.

To help clarify matters, I would propose distinguishing between anti-liberalism and post-liberalism. Both agree that modern liberalism tends to dissolve community and tradition, to subvert authority, and to detach conscience from thick moral obligations. Nor is there anything peculiarly Catholic, let alone “integralist,” about these insights; they might well win at least partial assent from a staunchly secular defender of liberalism like Harvard’s Michael Sandel.

In this view, as Richard John Neuhaus once wrote, liberalism is an exhausted ideology, trapped in its own attempt to ground its thought in some thin but universal aspect of human experience. As against it, liberalism’s critics acknowledge the role of tradition in forming the mode in which individuals and communities conceive of themselves and their human purposes, and they are unembarrassed to give first consideration, or even, where warranted, priority, to the community’s own rules and authority. Indeed, liberalism in this perspective is neither self-evident nor universal but, rather, another tradition—with its own internal rationality, rules, and authority. It’s when liberalism forgets itself, falling into rigid orthodoxy (what R.R. Reno has taken to calling “liberal integralism”), purporting to patrol human reason per se, that its critics cry foul.

But here’s where anti-liberal and post-liberal Catholics part ways. Like anti-liberals, post-liberals acknowledge the authority and rules of their own tradition and favor it over others. They do not, however, view the rules as frozen in a past time. For them, tradition is a living and dynamic thing. Post-liberal Catholicism can develop, it can gratefully recognize the wisdom found in other traditions—even the liberal tradition—while still insisting that Catholicism develops according to its own rules of continuity. Insofar as modernity and liberalism proclaim the dignity of the human being, Catholic post-liberalism readily cooperates, borrowing liberal insights and formulations when helpful, as in Vatican II’s statements of religious freedom and the autonomy of the world.

Catholic anti-liberals sometimes fear the suppleness and liveliness of Catholicism, and in no area more acutely than where Catholic tradition has learned from the wisdom of liberalism. But there’s a more genuinely Catholic way of proceeding, a way regrettably unaddressed in Nathan Shields’s otherwise admirably comprehensive essay. Instead of conceding the anti-liberals’ claim to speak for the Church, let the Church—which is quite content to borrow from liberalism insofar as liberalism conveys and defends the inestimable worth of human beings, created and redeemed in the image of God—speak for itself.

At times the Church fails to live up to the way of God, for which Catholics, who believe the Church is holy, mourn and repent, trusting that God will lead them to greater respect for the freedom and dignity of all. In important ways, liberalism has helped Catholics understand and articulate this dignity, and they can be grateful to liberalism without granting it authoritative status. But we Catholics don’t need anti-liberalism to teach us what we already knew.

Some Catholic Religious Thinkers Are Anti-Liberal, but the Church Is Not
1. Essay

The Church's Once-Notorious Seizure of a Jewish Child Is Back. Why?
2. Response

Should Religious People Affirm the Modern Liberal Order, or Reject It?