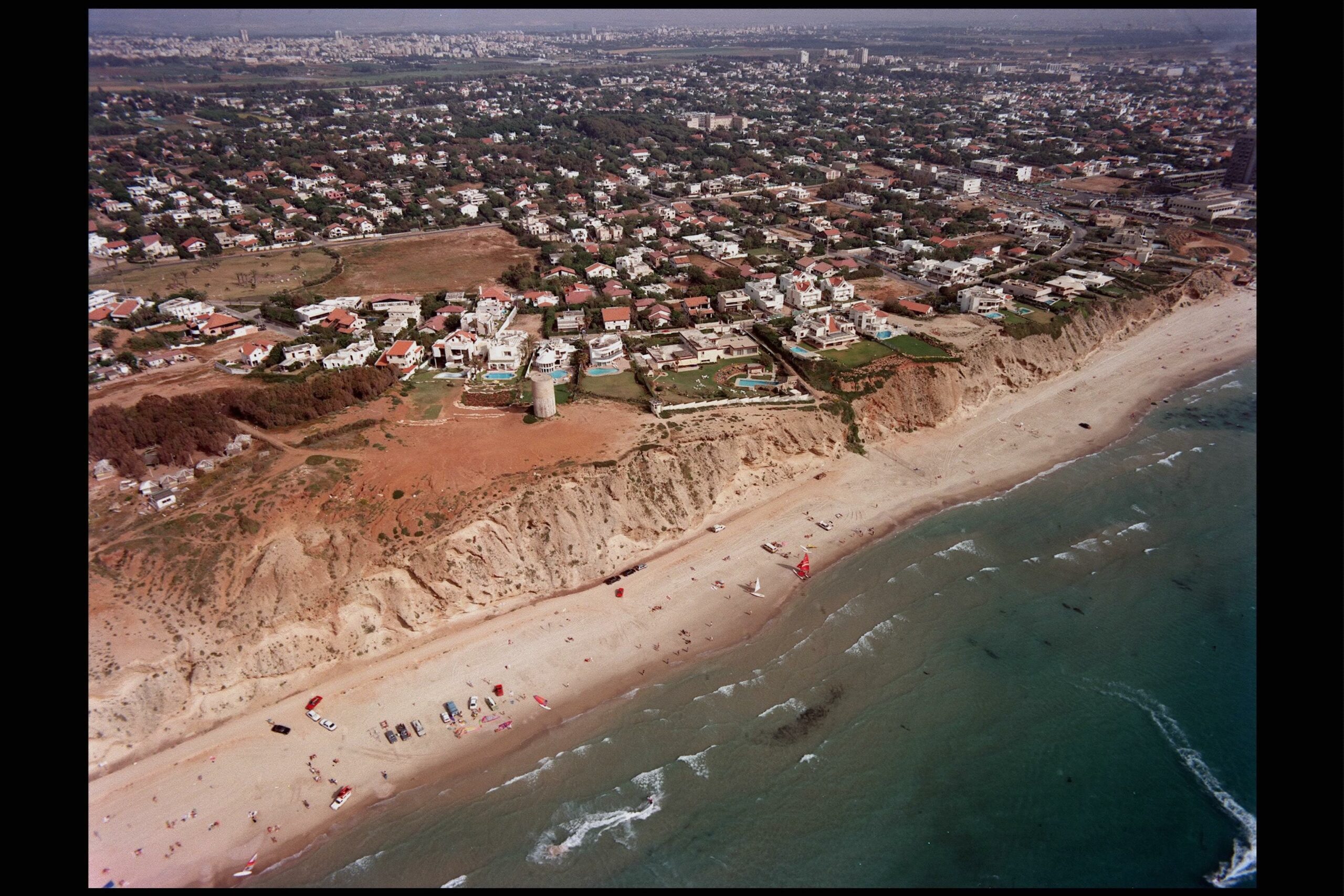 News outlets have reported that Sheldon Adelson, the American casino magnate and mega-donor to politicians, has closed a deal to purchase the seaside residence in the Israeli city of Herzliya that for decades has been the home of successive U.S. ambassadors. Evidently, in the wake of its move of the American embassy itself from Tel Aviv to Jerusalem, Washington has been keen to bolster its presence further in Israel’s capital; disposing of the residence is one means to that end. Adelson’s reported price, the largest sum ever paid for a home in Israel: $87 million.

As it happens, the same coastal property once drew another famous, upward-aspiring American owner—a fact I discovered by accident two years ago.

At the time, I was dipping into Israel’s state archives to learn more about Leon Uris, the renowned author of the bestselling 1958 book Exodus. My interest was not in that novel but rather in proposals made in the early 1960s to produce a film based on Israel’s 1960 capture of Adolf Eichmann, the notorious Nazi organizer of the Holocaust. Uris had proposed just such a film to Teddy Kollek, later to become mayor of Jerusalem but then serving as chief of staff to Prime Minister David Ben-Gurion. Although nothing came of that particular initiative, I included the story in an article in Mosaic just a few months ago.

In the course of my research, I came across a file that especially piqued my curiosity. Uris had done much of the research for Exodus while residing at the Accadia Grand Hotel, now the Dan Accadia, which was then the only beachfront hotel in Herzliya. Later, in 1961, he reached out to his chum Kollek with a request. It turned out that he had taken out some sort of option or contract (it’s not clear which) on an empty lot, north of the hotel, on a rocky bluff overlooking the sea. His idea was to build himself a house there and perhaps relocate to Israel.

But Uris had run into a problem: the lot contained within it an area zoned for public use, and he’d need an easement from the municipality of Herzliya in order to build on the scale he’d envisioned. City Hall hadn’t been very cooperative. Could Kollek help?

Kollek promptly sent off a missive to the mayor of Herzliya. Surely, he argued, the city of Herzliya could appreciate the importance to the state of Israel of having the great author of Exodus reside in the country. Would it be possible to accommodate him?

From the file, it would appear that the matter was never resolved to Uris’s satisfaction. Perhaps put out by the perceived ingratitude of the Israelis, he eventually gave up the property and in 1963 he settled on an estate in Aspen, Colorado.

Going through the file—I write from memory, but I recall the contents clearly—I became curious as to just where the lot was located. The correspondence indicated the numbers of the bloc and its parcels. On the website of the Herzliya municipality, I discovered that Uris’s chosen lot was the very one on which there now stood the residence of the U.S. ambassador.

Just how the residence came to be located there is undoubtedly a saga buried in municipal and other archives. But by 1962 the lot, rezoned by the city to include the formerly public ground, had indeed come into the possession of the U.S. government. Walworth Barbour, who had arrived as U.S. ambassador in 1961, established his residence there, and ever since then it has been home to a parade of distinguished diplomats.

Yet 60 years ago a novelist, or at least a best-selling novelist, could afford a choice lot on the street. And Uris wasn’t alone: a few lots to the south, another American novelist had already succeeded in building a house overlooking the sea. This was Meyer Levin (1905-1981), whose 1956 novel Compulsion, inspired by the Leopold and Loeb murder case, was later made into a film starring Orson Welles as the defense attorney Clarence Darrow.

In the late 1950s, Levin had built an unusual house on Galei T’khelet, topped with a widow’s-watch office reachable only by a narrow circular staircase. At the time, he had few if any neighbors; fresh produce arrived in a horse-drawn cart.

By sheer happenstance, I came to know that house very well, having lived in it as a teenager when my parents rented it from the Levins for a year. But that’s a story for another time. Meyer Levin himself never entered the pantheon of great American Jewish writers, and he famously lost out in his bid to turn Anne Frank’s diary into a Broadway play. But in the 1950s he could still afford a home on the sea-facing side of Galei T’khelet Street. The only novelists you’ll find there today are likely to be the dinner guests of someone else.

In later years, I and many other Israelis would develop fond memories of the American ambassador’s residence. Especially vivid were the Fourth of July bashes on the capacious grounds, to which I sometimes scored an invitation. (At various moments, I seem even to have been A-listed.) This was a mass affair, with much political pomp and marching Marines, fueled by American junk food.

More cerebral were the dinners for analysts like myself that were convened by a succession of ambassadors. The evenings I remember best were presided over by Edward Djerejian (in office in Israel 1993-94), an Arabist who liked a good argument. Visiting American experts lectured on Friday mornings. As the place wasn’t ostentatiously imperial, one could feel at ease there.

Real-estate mavens now predict the building—in this sellers’ prospectus you can see it as it still is—will be torn down for its new owners. What with billionaires having replaced the novelists and diplomats on Galei T’khelet Street, no one is likely to be writing books or dispatches there. But Herzliya’s loss is Jerusalem’s gain. In the larger picture, that’s a great thing indeed.