This is a response to The Jewish Schools of the Future, originally published in Mosaic in August 2020 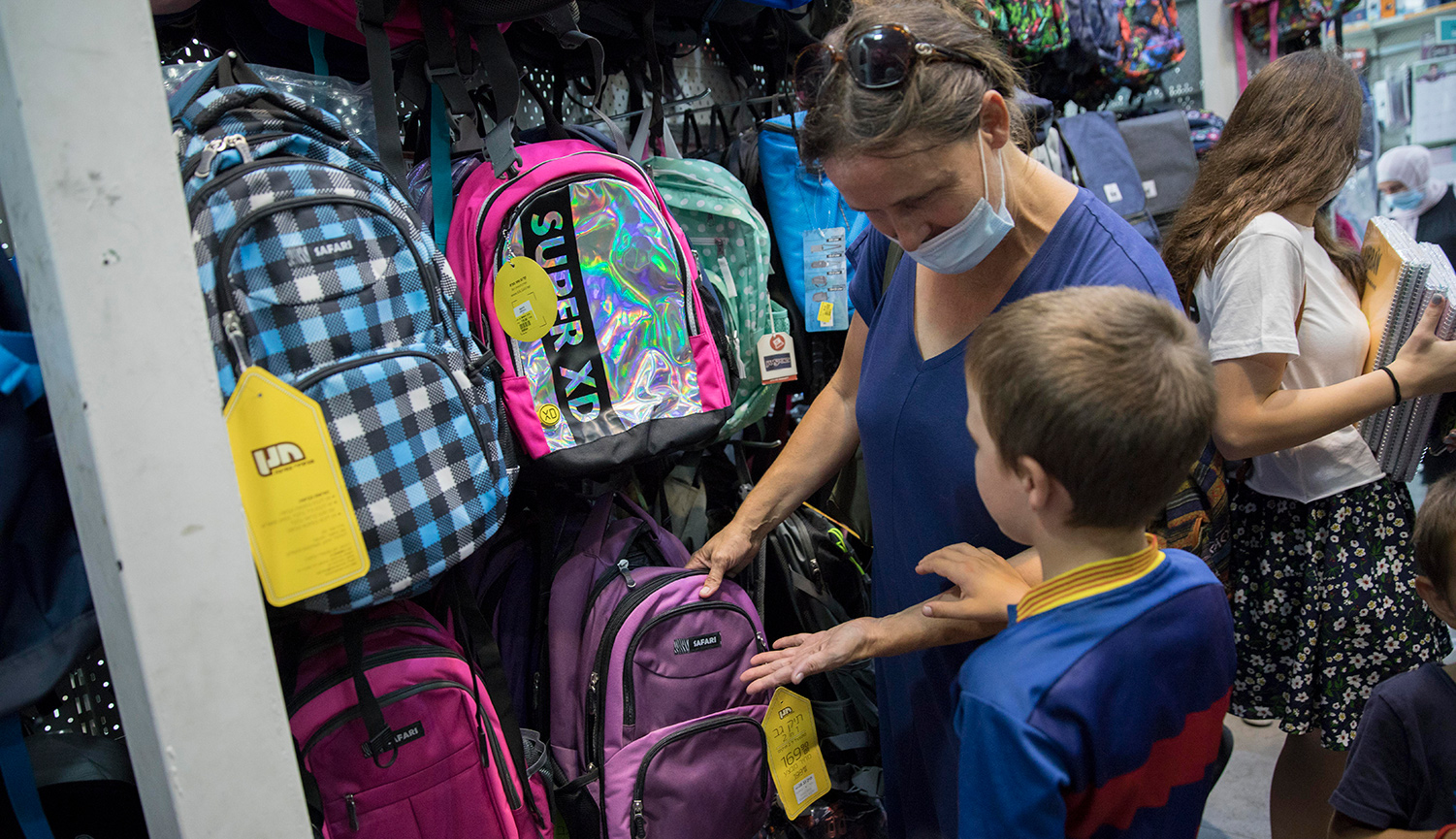 I’m grateful to my three respondents for expanding the American civic scope (Ian Lindquist, Jason Bedrick) and elevating the Jewish sights (Rabbi David Fohrman) of my original essay. Their responses invite further reflection on two key questions. First, do my ideas about “the Jewish schools of the future” have any broader significance for American education or American culture in general? And second, what is the purpose of Jewish education itself, or as Rabbi Fohrman frames it, what is the proper object of Jewish love? What makes Judaism itself worthy of such love, especially against the post-everything grain of postmodern American culture? And how do parents and teachers awaken and deepen such love in their children and students? How do we help them fall in love with the Hebrew Bible and its ways, which we elders know (from revelation illuminated by tradition and experience) to be worthy of such erotic attachment?

The idea that Jews are the cultural canary in the coal mine—that as go the Jews, so goes America and the West—seems true again today in the arena of American education. If committed Jews fail to pass down their way of life to the next generation, will American Christians or other faith communities fare any better? Jews are a small people, with distinctive traditions, in a large country; our awareness of the so-called “crisis of continuity” may be further advanced than that of other, much larger faith communities, like American Catholics and Evangelicals. But our problems are now their problems. Our challenge is now their challenge. The Christian crisis of continuity is today very real.

But I would go one step further: America itself is now facing a crisis of continuity. This seems painfully obvious. Just watch the news—with cities ablaze, monuments falling, anger raging at this so-called land of injustice—and we see the great potential unraveling of our American inheritance. The only viable—and authentic—American answer to the “great awokening” is a great awakening. And that means rebuilding civic and religious life in America, school by school, community by community, using every public-policy tool and technological innovation at our disposal.

As Ian Lindquist graciously writes, Jews have many good, practical ideas to contribute in the broader effort to strengthen religious education in America. His Catholic re-working of my Jewish vision is impressive. And perhaps he is too humble to say that Jews also have much to learn from Christians in this great project of educational renewal, especially from institutions like Great Hearts Academy and Memoria Press, which have done heroic work to make classical ideas about the educated child alive again in America. Many of those ideas and achievements—in creating curricula, in creating a network around a shared educational vision, in creating schools that receive public funding—can and should be adapted for Jewish purposes.

But more important than specific modes of renewal is the core belief that America itself depends on these renewal efforts. A deformed narrative about America has taken root in many public schools, in many colleges and universities, and tragically in many churches and synagogues. This degradation of America should be opposed by Jews and Christians alike: opposed intellectually, opposed institutionally, opposed politically and culturally. Our children are watching us. What would we be telling them if we, the current generation of leaders and educators, fail to mount a serious defense of our great civilizational inheritance when it is under revolutionary assault?

So what can we do? Let me suggest just three ideas, spurred on by Lindquist’s and Bedrick’s replies.

First, Jews, Christians, and patriotic Americans of every culture, creed, and faith, including those without religion at all, need to mobilize—now—to recover the American story as a “land of hope,” and to turn this noble history into a sophisticated, demanding, lively, and inspiring curriculum from nursery school to elementary school to middle school to high school. The progressive vanguard that shapes so much of public education in America—including gateways to college like the American history advanced-placement (AP) test—are very far down the road of transforming America into a perceived den of grievance and hypocrisy, and diminishing our great if imperfect founders into horrible villains or forgettable curiosities. And once these experts re-shape school and testing standards, even those educators who know something is wrong—or realize that so much is missing—will be unable to withstand the pressure to get their schools into line, so their graduates can progress through one politically correct check-point after another en route to college and then corporate America. The great capitulation is upon us, and the only response is a high-minded, long-term effort to recover and reinvigorate the true American story by strengthening the patriotic spine of the institutions that tell that story.

As Wilfred McClay reminds us in his important new history of America, we need to put the religious aims of the first American settlers—and many of our founders—back at the center of our story. We should refocus young minds and hearts on the religious morality through which many great Americans summoned their nation, at key moments of fracture and fallenness, to live up to its better angels. We need to support the finest teachers and scholars in the nation, so they have the time and resources to develop new textbooks, teacher’s guides, and learning modules that integrate the best new methods and technologies. And we need to develop alternative training programs—including new Master’s programs, similar to what the University of Dallas has done in classical education—that train teachers for the near-sacred mission of transmitting American civilization (our “almost chosen nation”).

My second suggestion is that state-level political leaders (especially gubernatorial candidates) should make the promotion of religious education—with public dollars directly available to American families—one of their key policy aims. Of course, no family should be required to educate its children within a distinctive faith tradition. We believe in American pluralism. But religious education should be celebrated and supported on American civic grounds. Religious education should be defended and advanced as an essential public good. And civic-spirited Jews, Christians, and people of all faiths should make this case, standing together, in the American public square.

My final suggestion is that Americans worried about the civic identity of young people should consider adapting one specific idea from the Jewish playbook: large-scale investment in American gap-year programs. For decades, many young religious Jews have spent a year in Israel between high school and college: a year of immersion in Jewish religious ideas and culture, a year meant to prepare young Jews to remain true to their Torah-centered identity before heading into the postmodern university environment. Perhaps American citizens—and American Christians—need the same kind of preparatory year before college: to focus intensely on their own distinctive identities, to study the meaning of America itself as a religious nation that loves liberty, to prepare for the ideological assault (or mere wasteland) they will face as they head off to most secular American universities.

Ideally this gap year of immersive study would also “count” for college credit; ideally the current accreditation regime—so important as the gateway to financial aid and to professional graduate schools—will open up to welcome and accommodate a web of new American gap-year programs; and perhaps, ultimately, these gap-year institutions will evolve into degree-granting colleges, attracting America-loving students who no longer believe in the existing institutions of higher learning.

This leads me back to the Jewish questions raised by Rabbi Fohrman: what is the purpose of Jewish education itself? What is the true object of Jewish love, and how do we awaken it in the young? Rabbi David Fohrman is surely one of the world’s master Jewish educators. In the courtship between God-seeking Jews and God’s revelations in the Book of Books, Fohrman is a maestro. And he is obviously right: the “why” of Jewish education—or Jewish formation—is to initiate, sustain, and deepen the Jew’s love affair with the sacred tapestry of Jewish law, lineage, and longing that is the Hebrew Bible. But the “why” and the “what” cannot be separated. That, too, merits some reflection.

The romance between Jews and Torah has a language: Hebrew, the language of Jewish love. Yes, the love affair is possible in translation, but those of us who love largely in translation always know that something is lost or missing, that our beloved remains partially veiled. And so if the why of Jewish education is the love of Torah, then proper training for this divine love requires the disciplined mastery of Hebrew, ideally when people are still very young. It requires difficult work—hardly natural in an English-speaking country, with little skill for teaching any foreign languages, let alone ancient ones. In other words: to prepare for the deepest Jewish love requires great effort before the why—the divine destination—can be fully appreciated. It requires the authority of parents (and teachers) over children: trust me, do the work, it is worth it, you will see.

And this points us to another American challenge: we live in a regime based on the right of individual consent; our democratic culture weakens authority, as Tocqueville explained long ago. We teach our children to decide for themselves what to love, to find their own path; and we privilege happiness without pressure over the responsibilities—and future joys—of preserving a sacred inheritance. We think we are being compassionate (“as long as they are happy”) or practical (“more STEM”), by easing up or demanding excellence only elsewhere, or by settling for raising children in a Jewish environment without real Jewish literacy. And so we often fail to reflect on the unintended consequences of denying young Jews the tools of truly choosing, as adults, whether and how to love the Torah. A literate Jew can choose against Torah; a Jew without literacy has the choice largely made for him.

The genius of tradition is helping young people—and perhaps most of us, throughout our lives—to live better than they (the young) or we (the older) can ever fully know or appreciate on their (our) own. The languages, rituals, forms, memorizations, and habits demanded of the young prepare them for their future courtship and potential love affair with God and Israel. These “rabbinic forms” also sustain the disposition of Jewish love even in those many periods of life when the “biblical eros” is not fully there. They sustain the soul’s disposition to love God and Torah, so we can rise to the occasion when the highs and lows of life—the births and marriages, illnesses and deaths—stir that passionate longing for God to be closer, more present, more alive in our lives.

Rabbi Fohrman asks us to ask: why should young people fall in love with Judaism? Because the Jewish way is our way, preserved against all odds by our ancestors; because the Jewish way is the true way, offering the most realistic and most hopeful account of the human condition; and because the Jewish people are mysteriously at the center of the grand human story. Jewish fidelity is the prerequisite for making sense of the metaphysical mystery of Jewish exceptionalism. This, too, we need to convey to the Jewish young.

One final point: the lovers of Judaism—including ultra-Orthodox Jews—need to understand what the Torah vision of life has meant to the West since its beginning and how the Torah way of life can survive within the late-modern West as it now flirts with its own potential tragic decline. The biblical and rabbinic story of the Jews needs to be told, in Jewish schools and yeshivas, alongside the Western story of Athens, Rome, London, and Philadelphia. Doing so will awaken due pride and humble responsibility, among Jews, for preserving Western and American civilization at their best; and it will help prepare modern Jews for carrying the sacred Ark through the new cultural desert, the Ark whose Hebraic wisdom can help America flourish again.