A wonderful new book recaptures their story and relates it to broader issues of Middle Eastern Jewish identity. 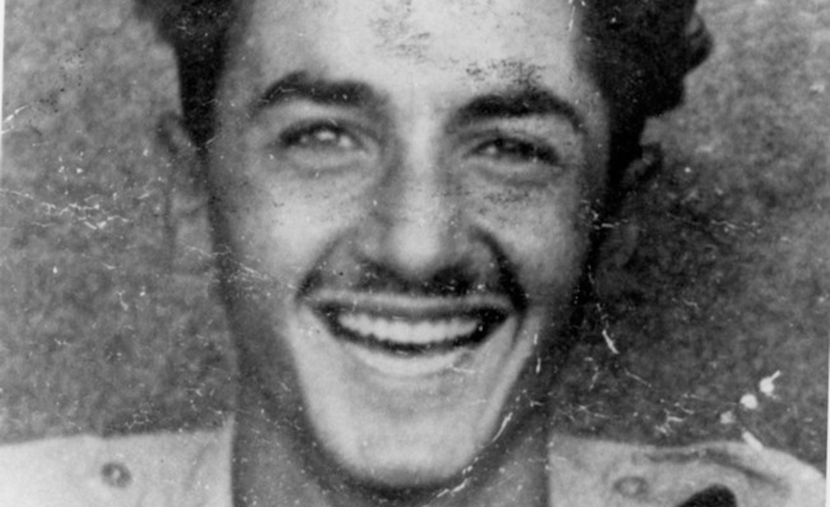 A member of the Palmaḥ’s Arab unit. Palmach Archive.

On a summer night in 1949, two men approached the Jordanian soldiers at a military post in the Old City section of Jerusalem, a city then divided between Jewish and Arab sectors. Their names, they said, were Abdul and Yussef: Arab refugees from Palestine who wanted to catch a glimpse of their former homeland. The soldiers brought them to a fortified embankment from where they could look down onto the battered, rubble-strewn Jewish sector.

With its barbed wire and shell damage from the 1948-49 war still on mournful display, the sight was hardly impressive. Yet, to these two men, it was unutterably beautiful. For, although they were both Syrian-born and fluent in Arabic, “Abdul” and “Yussef” were the cover identities for Gamliel and Isaac; the two men were Jews.

The story they had told the soldiers was true, in a sense: during the chaos of the recent war, they’d made their way together from Haifa to Beirut, and now they were indeed longing to see the home they had left behind. Yet theirs had not been an involuntary exile; on the contrary, it had been intentional.

The two men were part of the first ever group of Jewish intelligence agents working undercover in Arab countries on behalf of the Jewish state. When they departed on their uncertain mission in 1948, that state had not yet been formally declared. This nighttime view in the company of Jordanian infantry was therefore their first look at the post-independence country for which they were risking their lives.

Now the story of this group has become the subject of Spies of No Country, a splendid new book by the Israeli journalist Matti Friedman.

Selected by the Palmaḥ, the Haganah’s elite force, and trained by the legendary teacher Sama’an, a Baghdadi Jew, these men had learned how to blend more naturally into Arabic society. Although everyone in their small cadre—just a dozen agents—had grown up among Arabs, whether in Aleppo or Damascus, Jerusalem or Jaffa, this did not mean they instinctively knew, for instance, the proper choreography of Islamic prayer. They would have to learn such things or risk exposure.

Ironies abounded here, and they were not happy ones. Sama’an (real name Shimon Somekh) belonged to an Iraqi Jewish community that had endured for two-and-a-half millennia, long antedating the advent of Islam. Middle-class Baghdadi Jews of his generation were passionately devoted to the Arabic language and culture, and for the most part ardent Iraqi patriots. Yet despite these ancient roots and modern enthusiasms, they had been rejected by Iraqi society—a rejection most horrifically encapsulated in the notorious 1941 pogrom (farhud) that killed 180 Jews, injured hundreds more, and looted and destroyed Jewish property at will. Now Sa’aman, one of many forced out by a regime that could find no place for Jews in an Arab country, would teach other Jews, also refugees from Arab societies, how to pass as perfect Arabs.

Largely avoiding the bird’s-eye view of a historian, Friedman provides instead a fascinating close-up look at the personal experiences of four of the agents during their fateful first year in the field. Apart from a couple of demolition assignments, their lives were by and large not the stuff of James Bond films. Instead, based in Beirut, they ran a kiosk and tried to avoid being conspicuous while gathering and relaying information that might be useful to the nascent Jewish state: sermons in mosques, troop movements, factory production, public mood. Witnessing the birth of Israel from the strangest of distances, they were forced to keep another painful distance from local Jews in Beirut and other Arab cities, including some of their own family members.

Danger could arrive from unexpected quarters. Isaac, for instance, somewhat unwisely began dating a Christian woman, whose brother threatened to kill him: “You’re Muslim and we’re Christian, and we protect our honor.” At least his cover was believed. I happened recently to watch a documentary about another member of the group who was mostly based in Damascus during this period. Looking back, he muses that their cover worked only so long as no one pried too closely: “Today, if you took someone like me and put him in Damascus and he behaved as I did in ’48, within ten minutes there would be a knock at the door.”

An excellent journalist and story-teller, Friedman conveys the sense of grim jauntiness overlaid with mortal danger that pervades the lives of his youthful protagonists, capturing both their ordinariness and their heroism. (Half of the dozen men who made up the first cohort of Israel’s Arab Section agents were indeed discovered, tortured, and executed.) Stepping back for a moment, he also reflects on how their stories of simultaneous Middle Eastern belongingness and alienation continue to inform broader cultural and political realities today.

Certainly, Israel and the conflict with its neighbors can’t be understood by anyone ignorant of the country’s Mizraḥi citizens or blind to their embeddedness in the region. “For half the Jewish population of Israel,” Friedman writes, “the Middle East isn’t new, and the tension with a Muslim majority isn’t new, just the latest iteration of a force that has shaped their families for centuries.” On its own, of course, Friedman’s slim book will not counteract the ignorance of or indifference to the story of the indigenous Jews of the Middle East, let alone the venomous anti-Semitic lies now being spewed by members of the U.S. Congress, but it is a valuable addition to what is on offer.

Friedman’s writing about these matters is also far preferable to the distorted way in which Jews of Middle Eastern origin are often treated these days in academic circles. In scholarship marked by ideological tendentiousness as much as by jargon-clotted prose, many a professor presents the Mizraḥi Jews as at once perpetual victims of the injustices of Zionism and as embodiments of a solution to Zionism’s evils in their happy fusion of Arab and Jewish identities.

Such academic writings reflect the influence of American identity politics, with its crude reduction of thought to categories of oppressed and oppressor, and its obsession with victimhood and power. In that straitjacket, a caricature of a Zionist master narrative is replaced with an even more caricatured anti-Zionist narrative. To satisfy the dictates of the latter, Middle Eastern Jews are pressed into service as symbols of either a doleful victimhood or a redemptive transnationalism, or both—as, in effect, anything but people.

But then, grappling with human complexity is not the forte of most academics. We do far better to listen to Friedman’s subjects on their own terms. In the end, the ninety-three-year-old Isaac, the only member of the group still alive today, sums up his story quite straightforwardly. “We were given a job,” he says, “and I’m proud that I succeeded.”