In What Way Is This Music Jewish? 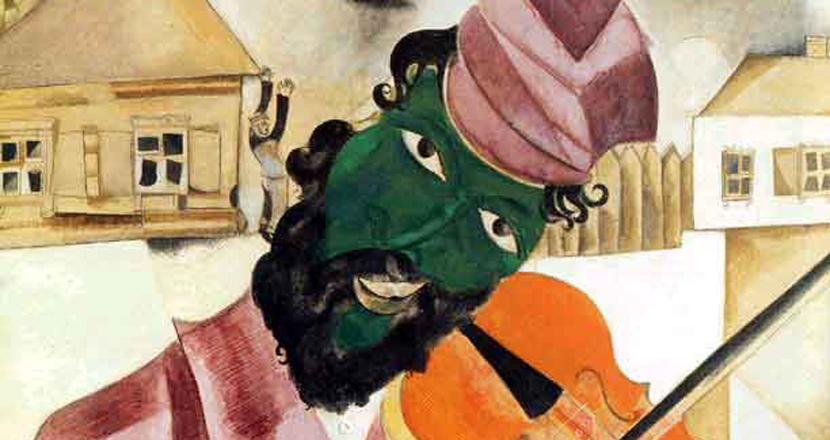 Observation
Charles Krauthammer and Edward Rothstein
About the authors


Charles Krauthammer, the Pulitzer Prize-winning columnist and author of Things That Matter: Three Decades of Passions, Pastimes, and Politics, is the chairman of Pro Musica Hebraica.

Edward Rothstein’s review of “Before the Night: Jewish Classical Masterpieces of Pre-1933 Europe,” Pro Musica Hebraica’s recent Kennedy Center concert of interwar classical Jewish music, was thoughtful, discerning, and very much appreciated. Permit me, however, to address one observation that seems to me profoundly wrong.

Regarding the works that we presented of Erich Korngold, Jerzy Fitelberg, and Mario Castelnuovo-Tedesco, major Jewish composers later forced into exile by the Nazis, Rothstein asks:

[A]side from their creators’ shared background, in what way were these works “Jewish”? That is a question, indeed, that one might ask of almost any of the offerings of Pro Musica Hebraica (PMH), whose concert series is now in its eighth season.

The latter is a very odd question. This is the seventeenth concert presented by Pro Musica Hebraica. We have presented music ranging from the baroque Jewish music of 17th-century Italy and Amsterdam to Osvaldo Golijov’s 1994 The Dreams & Prayers of Isaac the Blind. These compositions are imbued with themes—liturgical, folkloric, biblical, historical—that make them Jewish not in the ghettoized sense of appealing only to one ethnicity or history, but Jewish in the same way that Béla Bartók’s music is Hungarian: universal, but with a sensibility and rootedness that give it a distinctive identity.

The question about Jewish music is not much different from the question: “Is there a Jewish novel?” Of course there is, although we can differ over precise definitions. As for us at Pro Musica Hebraica, we do not define Jewish music by genetics or even by religious affiliation. We have featured, for example, Prokofiev’s Overture on Hebrew Themes and Shostakovich’s Fourth String Quartet, both explicitly inspired by Jewish music. Indeed, in our first baroque concert we presented a rendition of the Psalms written by a Catholic composer so taken with Hebrew Scripture that he wrote the music right to left.

The concert that Rothstein attended and wrote about did push the question to the edges, since it contained few overtly Jewish themes. One of the points of that concert was to demonstrate how, in the 1920s, Jewish composers were running away from the tropes of the East European shtetl to explore new kinds of modern music. Accordingly, Mario Castelnuovo-Tedesco, for example, is classified by the august Grove Dictionary of Music and Musicians as an Italian composer. His Jewishness, when mentioned at all, typically consists only in his being branded as such by Mussolini in the late 1930s. We find this a poor assessment of a composer whose works take obvious inspiration from the Hebrew Bible and whose compositions, like the Piano Quintet we presented, are shot through with melodic patterns derived from traditional Jewish music.

What is Jewish classical music? Our very first concert featured music of the St. Petersburg school of early 20th-century Russian-Jewish composers who came together to create distinctively Jewish art music. They went so far as to send anthropological expeditions into shtetls and towns to study, transcribe, and, indeed, record (on wax cylinders) the music of their people, from which they drew inspiration for the creation of a new body of self-consciously Jewish classical music.

We believe that if you look at the full body of our work—all seventeen concerts presented over seven years, extensively documented and annotated at our website—what emerges is a body of work of unmistakably Jewish character, of high musical achievement, and deserving of study and recognition.

In my essay in Mosaic, I referred to Pro Musica Hebraica as “a marvelous brainchild of Charles and Robyn Krauthammer.” Surely I would not have done so had I been as “profoundly wrong” about Pro Musica Hebraica as Charles Krauthammer believes. In replying to him now, I don’t want to add further compliments to perceived injuries; but I insist that I’ve been misunderstood.

The question I posed in my essay about the pieces by Erich Korngold, Jerzy Fitelberg, and Mario Castelnuovo Tedesco—“in what way were these works ‘Jewish’?”—was a rhetorical one, to which the answer was neither “in no way” nor “only because of the religious origins of the composers.” Having asked it, I then went on to suggest that even though the pieces by the three composers offered no overt citations of Jewish melodies or ritual, and even though no specifically Jewish program could be detected behind the music’s drama, and even though the concert’s organizers explicitly asked us not to hear these interwar compositions as premonitions of or preludes to the Holocaust, nevertheless it was worth thinking about the music as being in some way Jewish. In my essay, I may have even treated the pieces as more Jewish than did the presenters, who, as I pointed out, wanted them to be heard as neglected expressions of secular modernism.

At the very least, this music was Jewish in a biographical way—and not just because of the composers’ birth but because of how their lives followed similar trajectories. For the purposes of my brief essay, I thought it sufficient to suggest that the works heard at the concert reflected a moment in the 20th-century history of a class of assimilated professional Jews who aspired to the highest levels of achievement in their respective national cultures—just before they were exiled from those cultures at the point of the sword. Being more precise about them than this would require deeper study, but some quality of these composers’ parallel lives and fates must be expressed in their music.

As it happens, moreover, two of the three exiled composers featured at the May concert, all of whom found refuge in the United States, then proceeded to reinvent our own culture, which itself has long been a culture of reinvention. Could that additional similarity in their experience be discernible through subtle similarities in their music? It strikes me as possible, perhaps probable.

As Charles Krauthammer notes, I also proposed that the question I asked about the pieces by Korngold, Fitelberg, and Castelnuovo-Tedesco—“in what way were these works ‘Jewish’?”—could be asked about almost any of the offerings of Pro Musica Hebraica over its eight seasons. Although he appears convinced I meant the question literally, and that my answer was “in no way,” I trust I’ve now made clear that this is not the case. Perhaps I should have followed with a clarifying phrase: “in many different ways.” And I might also have addressed other individual concerts. (I did include a link to recordings of them.) But that was not my primary purpose, which was to suggest that the question itself is both legitimate and very complicated.

And that brings me to another reason why I applaud the Pro Musica Hebraica series. Over the last decades, identity politics has transformed American institutions, to the point where ethnic or racial or sexual identity has become a separate and often all-dominating focus of attention in university courses, in museum exhibitions, and of course in political life. Aspects of this transformation have been baleful, reducing the variousness and diversity of human experience to a monochrome template of victimization and claims for recompense. Still, when it comes to works of art, there are indeed times and contexts in which a measured and appropriate attention to identity can reveal aspects that we may not have registered before, help bring to light hitherto unnoticed lines of influence, and compel us to see or hear things from a different perspective.

About twenty years ago, musicologists began to suggest that works by homosexual composers might directly express the condition of the musical artist in societies hostile to homosexuals. This approach, if applied obsessively, can become almost comical (I have given examples here). And yet since it is indisputably true that any musical work does in some way reflect the personality and experience of the composer, why not other aspects of identity as well?

The challenge lies in the details, and in our ability to make matters more rather than less precise: to avoid caricature. Pro Music Hebraica’s programs, with their varied groupings of composers and their works, challenge us to examine Jewish aspects of musical experience. To me, posing the question of what those aspects might be and how to define them, even if answers are not immediately forthcoming, is not “profoundly wrong” but profoundly right.

In What Way Is This Music Jewish?