Deborah Lipstadt's Taxonomy of the Anti-Semite

The historian’s new book sets out to conduct a clear-sighted tour of 21st-century anti-Semitism, but her vision turns out to be occluded. 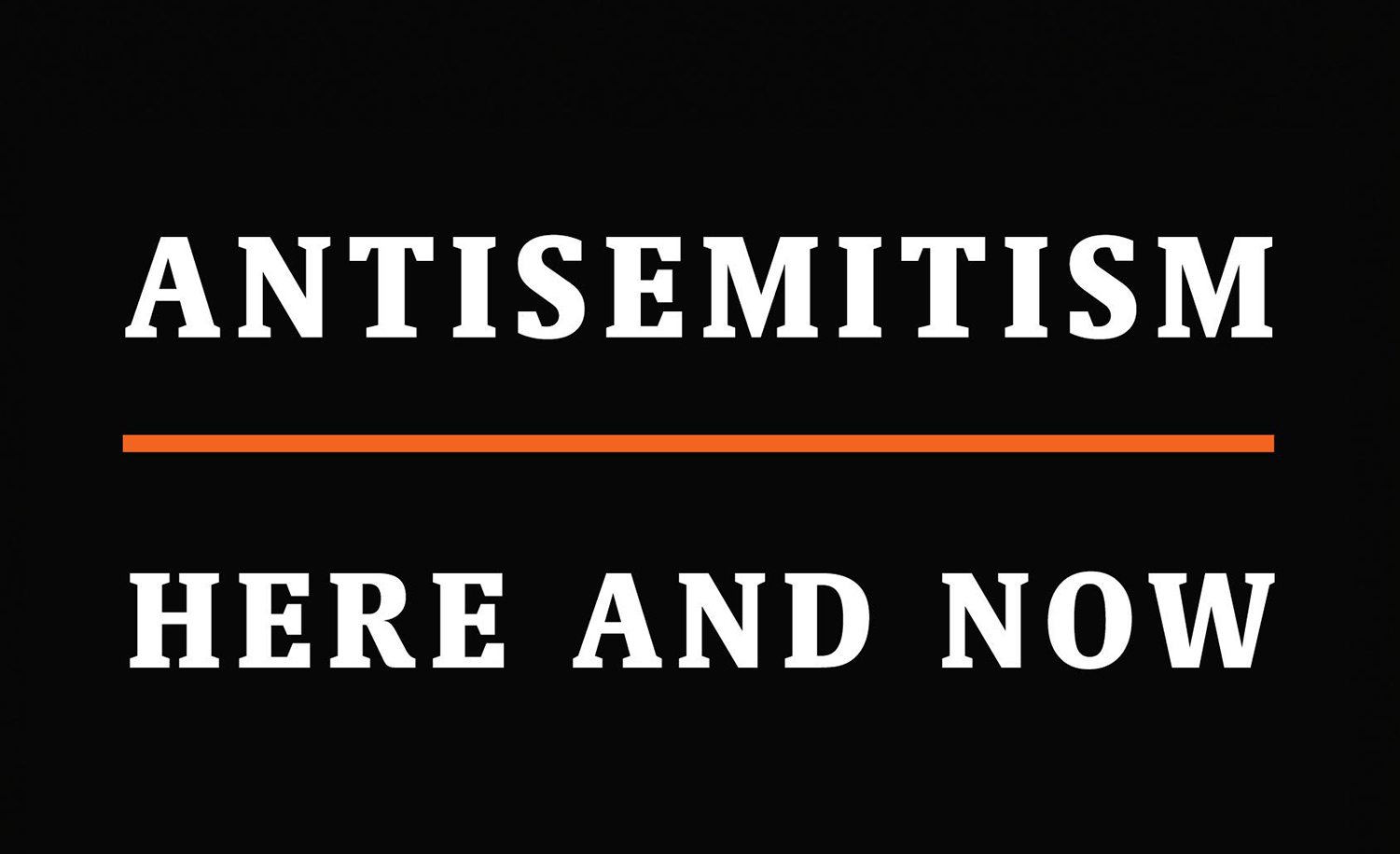 Observation
Ben Cohen
About the author

Among American Jewish academics, the historian Deborah Lipstadt is one of a handful of genuine celebrities. The celebrity owes to her book Denying the Holocaust (1993), in which—writing on a topic that until then had received relatively scant scholarly attention—Lipstadt took to task the British historian David Irving for his assertion that the Nazi gas chambers were a “myth.” Irving, who at the time still enjoyed the status of a more or less reputable historian, dragged Lipstadt into London’s High Court in April 2000 brandishing a libel suit.

By the time the trial was over, Lipstadt and her legal team had exposed Irving as an unvarnished liar and Hitler apologist. So compelling was the drama of her victory that it was eventually made into a movie: Denial (2016), with Rachel Weisz playing Lipstadt and Timothy Spall stealing the show with his portrayal of Irving.

In that same book, Lipstadt drew attention to the “confluence [of] anti-Israel, anti-Semitic, and Holocaust-denial forces” among which Irving was a key player—along with Hamas, Hizballah, the Nation of Islam, and others. That coalition, which remains very much alive today, is the subject of her most recent book, Anti-Semitism Here and Now. An informative, efficiently constructed volume crafted for a general audience, the new book takes the form of an email correspondence between the author and two fictitious characters: “Joe,” a non-Jewish professor, and “Abigail,” a student of Lipstadt’s who is about to begin her PhD studies.

In their attempt to decipher why anti-Semitism is again a topic of national and international concern, these two interlocutors embark on what is essentially a private tour conducted by Lipstadt. Abigail and Joe report their own experiences, ask questions, and make occasional observations, but the dominant voice throughout belongs to Lipstadt; it is her perspective that guides the discussion, starting with a definition of anti-Semitism and proceeding from there to the relationship between anti-Semitism and other forms of prejudice, and from there to the various contemporary manifestations of the anti-Semitic disease.

In Lipstadt’s definition, anti-Semitism “is not the hatred of people who happen to be Jews. It is hatred of them because they are Jews.” This hatred can surface in a variety of ways, from the behavior of individuals to the policies of governments. And like other forms of prejudice, this one occurs, Lipstadt insists, “independently of any action by Jews.”

After establishing the groundwork, Anti-Semitism Here and Now provides a “taxonomy” of the anti-Semite—in essence, a set of observations about how anti-Semitism is expressed by recognizable types in different political and social contexts. The cast of stereotypical characters includes the “Extremist,” a white supremacist whose racial-national passions have been ignited by the Trumpian turn in American politics; the “Dinner-Party Anti-Semite,” a more old-fashioned figure who detests Jewish social influence but still comes out with lines like “some of my best friends are Jews”; and the “Clueless Anti-Semite,” the type who excitedly makes a point of telling his Jewish acquaintances about the bargains to be had at a nearby department-store sale, and then doesn’t understand why this offends them. The final and most important type is the “Anti-Semitic Enabler,” to whom we’ll return later.

As for the more notable anti-Semitic outbursts and incidents of recent years unraveled by Lipstadt, some—like the January 2015 execution by an Islamist of four Jewish hostages at a kosher supermarket in Paris—have been the raw material of news headlines around the world. Others, like the path of influence traced by the anti-Zionist boycott, divestment, and sanctions (BDS) movement, will be most familiar to engaged Jewish audiences. But as she shows on a journey from university campuses to the United Nations, and from the streets of suburban Paris to corridors of power in London and Washington, each incident or conflict in which anti-Semitism occupies center stage helps to shine a light on the broader phenomenon.

Lipstadt’s detailed knowledge of the historical patterns of Jewish persecution, particularly during the last century, assists her in avoiding the pitfalls that lie behind some of the more apocalyptic responses to today’s forecasts of anti-Semitism. It also informs the patient, encouraging, and ultimately optimistic tone she adopts throughout the book. But certain aspects of her treatment are deeply unsatisfactory.

One of them has to do with her sedulously even-handed tone. Lipstadt’s core goal in this book seems to be the building of an intellectual consensus around the proposition that neither left nor right is immune to anti-Semitism, and that both must recognize this fact. And yet all of the voices in this book, from Joe and Abigail to an imaginary group of students quaffing beer in an Oxford pub, regard anti-Semitism as a bad thing that lives only among their political opponents, never among themselves—and  both the progressives and the conservatives cite Lipstadt in support of their arguments.

On the evidence of this book, they’re right to do so. For in laying out instances of left and right anti-Semitism, she goes to some lengths to establish a neat equivalence between them, and even expresses satisfaction at the success of her forensic stratagem. “I was amused and rather pleased,” she writes, “that people at both ends of the political spectrum cited me as compatriot,” she writes, a tad complacently.

With this, we can return to the type of the “anti-Semitic enabler.” Under that heading, Lipstadt summons as equivalent exhibits the president of the United States, Donald Trump, and the leader of Great Britain’s Labor party, Jeremy Corbyn. Revisiting the attacks on Jewish journalists and pundits who were critical of Trump during the 2016 election campaign alongside the anti-Semitism scandals that have plagued Labor since Corbyn took the party’s helm in 2015, she tells Abigail and Joe: “Like Trump, Corbyn has emboldened and enabled anti-Semites, but from the other end of the political spectrum.”

The comparison is so flawed as to be absurd. Trump, as Lipstadt records, has shared posts on social media composed by white supremacists; he was insensitive in the wake of the white-supremacist show of force in Charlottesville in 2017; he continues to deploy bigoted tropes in his rhetoric about immigration.

None of this, however, places him remotely in the same corner as Corbyn, who is blatantly guilty not only of enabling but of fomenting anti-Semitism as an integral element of his ideological worldview. His objection to both Zionism, which he sees as a form of colonial racism, and Israel, which he sees as the occupier of Palestinian land, is itself a product the same New Left thinking about “neo-imperialism” that also explains why he opposes NATO and supports the illegitimate regime of Nicolas Maduro in Venezuela—and why he will always treat claims of anti-Semitism as right-wing smears.

Corbyn’s rejection of an American-dominated global order, an order that has also benefited both Jews as a minority community and Zionism as a national movement, forms a sharp contrast to Trump’s vision of the world as a battleground of competing interests in which the Jewish community in America and the Jewish state of Israel alike are embraced as allies, friends, and partners. That is why Trump advances none of the policies—an arms embargo on Israel, a legal squeeze on Jewish communal links with Israel, warm relations with Iran and its proxies—that British Jews might expect from a Corbyn government.

There is another significant difference, one that has become even more apparent since the October 27 massacre by a neo-Nazi gunman of eleven Jews worshiping at the Tree of Life Synagogue in Pittsburgh. As anyone who was in Pittsburgh or watched news reports in the days after that shooting could not have failed to notice, the massacre led to a wave of bipartisan solidarity with the Jewish community on the part of politicians and the general public alike.

Can one seriously entertain the idea of Corbyn or his ilk standing shoulder to shoulder with the victims of anti-Semitic violence, as Trump did at the last State of the Union address with survivors of the slaughter in Pittsburgh? To the contrary, Corbyn and his acolytes have stubbornly and continually refused to acknowledge the worries or concerns of Jewish Labor voters. Nor has Trump appeared in public, as Corbyn has done, to declare support for representatives of Hamas, or for the likes of the anti-Semitic British vicar Stephen Sizer. Nor has he done the equivalent with David Duke or the neo-Nazi who killed a protester with his car at the Charlottesville rally.

Finally, compare the reactions of British and American Jews to the developments in their respective homelands. The worst anti-Semitic outrage in the history of the United States did not result in huge numbers of U.S. Jews questioning whether they have a future in this country—not even after the supposed American “enabler” of anti-Semitism has been occupying the White House for two years. In Britain, by contrast, 40 percent of Jews polled last September about their plans in the event of a Corbyn government said they would “seriously consider” leaving. This is not even to mention the mounting Jewish exodus from France, where a historical legacy of anti-Semitism on both the far right and the extreme left has now been boosted by Islamist violence and terror against Jewish targets, leading many Jews to despair over whether the community has a long-term future.

To put it bluntly: Trump may be guilty of occasionally encouraging or even enabling anti-Semites in small ways, but Corbyn is an anti-Semite, and one with a public and considered fondness for the world’s most vicious and bloodthirsty haters of Jews.

By ignoring these differences, Lipstadt leaves the impression that, to her, they count for nothing. In this way, she exhibits some of the symptoms of the very phenomenon she hopes her book will combat: namely, the inability to see anti-Semitism on one’s own political side. Although she is by no means blind to left-wing anti-Semitism, her eyesight must be adjudged impaired—as indeed it also is on the subject of Islamist anti-Semitism.

There are redeeming qualities, to be sure. In Anti-Semitism Here and Now, Lipstadt’s insights on campus anti-Semitism, on Holocaust denial, and on the related abuse of the Holocaust as an instrument to condemn Israel can be recommended for Jewish college students needing ammunition to answer the slurs of their antagonistic peers. Also welcome is the book’s conclusion that Jews ought not let anti-Semitism define their Jewish identity.

But will this book convince any among the left-leaning Jews and Gentiles who are no doubt its main intended audience—the defenders and excusers of Ilhan Omar, for example—to become warier of their side’s anti-Semitism than they currently show any inclination of doing? Only if their eyesight is sharper than hers.

Deborah Lipstadt's Taxonomy of the Anti-Semite