The editor of the great Jewish magazine joins us to talk about its illustrious history. 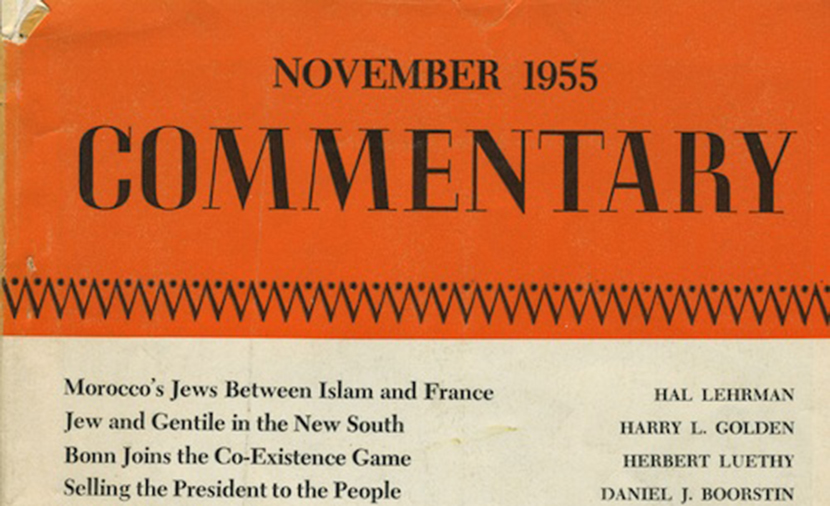 Observation
Tikvah Podcast at Mosaic and John Podhoretz
About the authors

John Podhoretz is the editor of Commentary.

In November of 1945, the American Jewish Committee established a new, independent magazine of Jewish ideas, with the goal of explaining America to the Jews and the Jews to the America. This month, that magazine, Commentary, marks its 75th anniversary. During that time, it’s proven to be one of America’s most influential journals of public affairs and a central forum for great Jewish debates. The late Irving Kristol is said to have called it the most important Jewish magazine in history. He was probably right.

Among other achievements, Commentary is responsible for bringing star Jewish writers like Philip Roth, Bernard Malamud, and Cynthia Ozick to the attention of the reading public. During the Cold War, the magazine fought against the then-reigning foreign-policy paradigms of both the Republican and Democratic parties. Not one, but two separate Commentary essays helped secure their authors’—Daniel Patrick Moynihan and Jeane Kirkpatrick—appointments as American ambassadors the United Nations. And in the field of Jewish and Zionist ideas thought, the magazine has over the years published such leading Jewish scholars as Gershom Scholem, Emil Fackenheim, Leon Kass, and Ruth Wisse.

Commentary was for many years edited by the legendary Norman Podhoretz, who was followed by Neal Kozodoy (now Mosaic’s editor-at-large); it is now led by John Podhoretz, the guest of this podcast. In this conversation with Mosaic editor Jonathan Silver, which is inspired by the magazine’s 75th anniversary issue, Podhoretz looks back at his own history with Commentary, reflects on the work of an editor, explains how Commentary shaped American Jewish history, and articulates why it still matters nearly a century after its birth.

Musical selections in this podcast are drawn from the Quintet for Clarinet and Strings, op. 31a, composed by Paul Ben-Haim and performed by the ARC Ensemble, as well as Ich Grolle Nicht, by Ron Meixsell and Wahneta Meixsell.

The general approach that I’ve taken in the almost twelve years that I’ve been the editor is to look in a very broad way at the mission of the magazine in four areas. We are dedicated to the defense of the West and its institutions, to defend the state of Israel, to act as a bulwark against anti-Semitism, and to be a representation of the best that has been thought and said―excellence in writing, excellence in presentation, excellence in prose, authority, definitiveness.

Under those terms, the defense of the West meaning: our democratic institutions, our republican form of government, and the assault and attacks against it in all forms, both domestic and foreign. The foreign element is from communism or international communism until the mid-90s, and since from Islamic radicalism and China and others. The domestic element would be the forces inside America that are attempting to do America itself damage by rewriting the American story to make it a story of oppression and unfreedom, rather than a story of hope and personal transformation and the extension of liberty in an unparalleled fashion.

Part of our mission right now centrally is to argue against the incredible energy that is being expended in discrediting the American experiment from its outset, in the form of the 1619 Project and other such efforts to say that America’s foundational institution was slavery as opposed to, say, the Declaration of Independence and the rule of law and the diffusion of governmental authority. That’s a very, very important role that we are now playing. In broad brush, it’s not so much that we publish articles on what would be the best health-care plan or how to deal with the environment. It’s much more polemical and ideological about these efforts to muck about with the very roots and the fiber of the American and Western political experiment.