The possibility of another contentious confirmation hearing recalls the first the Senate ever held, which just happened to be for the first Jewish justice to sit on the court. 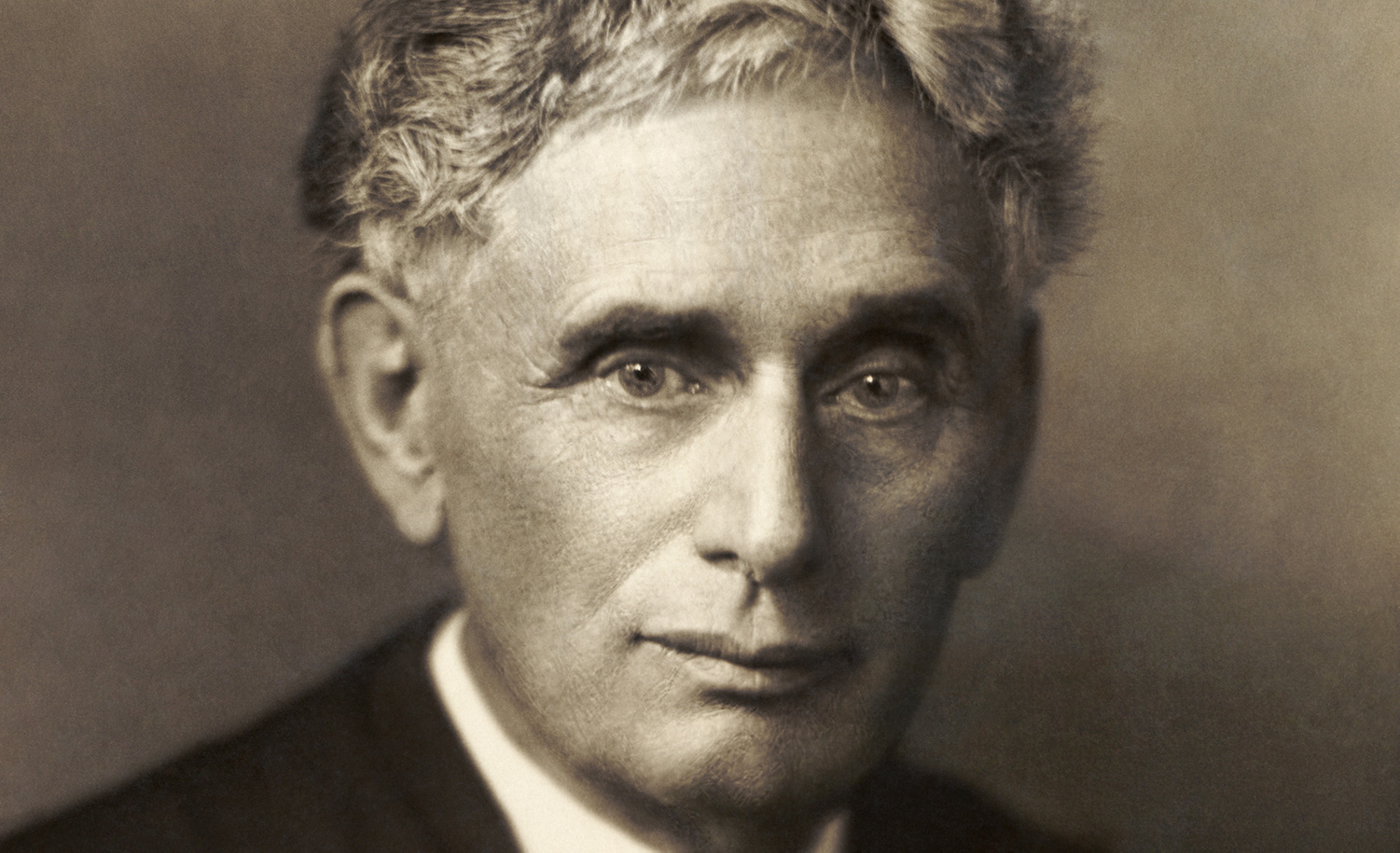 
Rick Richman is a resident scholar at American Jewish University. In February 2023, Encounter will publish his next book, And None Shall Make Them Afraid: Eight Stories of the Modern State of Israel.

Judge Amy Coney Barrett’s Supreme Court nomination, and the possibility of another contentious Senate confirmation hearing, evoke the first time the Senate ever held such a hearing, a little over a century ago—when President Woodrow Wilson nominated, in the same election year in which he was running for a second term, a jurist who belonged to one of America’s religious minorities, and whose views were thought incompatible with the conventional opinions shared by the Washington establishment. That nominee would go on to become the first Jewish justice to sit on the Supreme Court.

For the first 142 years of our history, there were no hearings on Supreme Court nominations. Presidents simply sent their names to the Senate, which considered the nominations privately and then voted on them. Such review was hardly pro forma—the Senate rejected nominees of Presidents James Madison, John Tyler, James Polk, James Buchanan, Ulysses Grant, and Grover Cleveland (twice). But there were no public proceedings—until 1916.

In that year, President Wilson nominated Louis D. Brandeis, widely known as “The People’s Lawyer” for his lawsuits and other actions against powerful economic interests. Brandeis had a stellar legal resume. He entered Harvard Law School at age eighteen, earned the highest grades in the school’s history, and graduated in two years. At the age of thirty-two, he argued his first case before the Supreme Court. In the following decades, he became one of the most successful lawyers in the nation, while engaging in many public-interest representations.

The opposition to Brandeis was based mainly on a fear that he was a “radical” (although that term may have been, in the minds of some, a euphemism for “Jew”) who would legislate from the bench. In its editorial opposing his confirmation, the New York Times said he was “a striver after changes and reforms that, under our system of government, can be properly achieved only through legislation, not through the judgments of courts.” Harvard University’s anti-Semitic president, A. Lawrence Lowell, filed a letter with the Senate, signed by 55 members of the Boston legal establishment, arguing that Brandeis lacked “judicial temperament.” Seven former presidents of the American Bar Association, led by the former U.S. president William Howard Taft (who considered Brandeis a dangerous socialist), told the Senate he was “not a fit person” to sit on the court.

The unprecedented Senate hearing extended over four months, with 43 witnesses and more than 1,000 pages of testimony. The opposition was quelled when President Wilson stood by his nominee, telling the Senate that the former chief justice Melville Fuller—who had served 22 years, from 1888 to 1910—called Brandeis the ablest man who had ever argued before the court. Harvard Law School’s Dean Roscoe Pound told the Senate that Brandeis’s opponents were judging him unfairly: “the objections now urged against Mr. Brandeis . . . are the unconscious product of fear of his political views.”

Both Wilson and Pound maintained that Brandeis should be confirmed because he was indisputably well-qualified. He eventually received 47 votes in favor, 22 against, 27 not voting, and became one of the most distinguished justices in the court’s history, serving 23 years before resigning in 1939 at the age of eighty-one. And contrary to his opponents’ fears, he became a leading proponent of judicial restraint.

At the time, judicial restraint was not a conservative ideal, but rather a progressive one. The court had been overturning legislation in the name of rights not expressly enumerated in the Constitution, exemplified by the 5-4 decision in Lochner v. New York (1905), in which the court invalidated a law limiting bakers’ working hours to 60 hours a week, holding that it violated a constitutional “right of free contract.” Brandeis wrote opinions upholding economic legislation if the statutes had a “rational purpose” (the lowest standard of constitutional review), absent contravention of an express constitutional right.

In the latter half of the 20th century, the court resumed its practice of finding new rights not expressly set forth in the Constitution, not contemplated by the Founders, and not enacted by legislatures. The court effectively turned itself again into a super-legislature—this time a liberal one. New rights, with no greater support in the text of the Constitution than the “right of free contract,” were established by judicial fiat to overrule statutes. The current movement to nominate justices committed to judicial restraint is, in many ways, a repeat of what happened when the court assumed a political role in the first half of the 20th century.

The difference between a restrained and an activist approach to judicial decision-making was exemplified in a confirmation proceeding fifteen years ago, involving a new young senator seeking to justify his vote against an indisputably qualified nominee. The nominee was John Roberts, and the senator was Barack Obama.

Obama voted against Roberts, even while acknowledging his stellar qualifications. Obama’s view was that “the critical ingredient [in judging the hardest Supreme Court cases] is supplied by what is in the judge’s heart.” In those cases, said Obama:

Adherence to precedent and rules of construction and interpretation will only get you through the 25th mile of the marathon. That last mile can only be determined on the basis of one’s deepest values, one’s core concerns, one’s broader perspectives on how the world works, and the depth and breadth of one’s empathy. [Emphasis added].

Obama’s controlling considerations represented, in fact, a list of what a judge should never use in deciding a case. A judge owes both the litigants and the legal system a duty to exclude the judge’s deepest values, core concerns, broader perspectives, and empathy for one side, and to decide the matter solely on the text of the law and the relevant rules and principles. The ideal of American jurisprudence—blindfolded justice—comes from an instruction given to judges thousands of years ago: “Do not favor the poor or show deference to the rich” (Leviticus 19:15).

Roberts was confirmed by a vote of 78-22. He later provided the deciding vote in upholding Obamacare, in part because he concluded it should not be held unconstitutional when it could be repealed or amended by new representatives, if voters elected them; on the other hand, if the statute were held unconstitutional, particularly on a 5-4 vote, the court would have removed the issue from legislative action altogether, rendering the court subject to attack as a political institution.

The Senate is now to take up another nominee to ascend to the court, Amy Coney Barrett. The Barrett and Brandeis nominations—104 years apart—present striking parallels. Both arose in a presidential election year. Both involved lawyers with unimpeachable legal credentials and compelling careers. Both nominees were members of religious minorities. Both occasioned fears that they would enact their personal beliefs into constitutional law. And both were or will be subjected to combative hearings for reasons unrelated to their legal qualifications.

Brandeis championed judicial restraint and did not write his politics into law. At her 2017 confirmation hearing for the Seventh Circuit Court of Appeals, Barrett formally assured the Senate that “I do not think it lawful for a judge to impose personal opinions, from whatever source they derive, upon the law.” She wrote that her personal views on abortion and “any other question” would “have no bearing on the discharge of my duties as a judge.” Asked if she agreed that the view of the Catholic Church on marriage—as a union between a man and a woman—was irrelevant to the legal question of the right of same-sex couples to marry, she answered succinctly: “Yes.”

Barrett’s statements effectively rejected the position that justices should decide cases based on what is in their hearts, or their personal values, or their broad perspectives beyond the law, or their empathy for certain litigants.

What might be called “the Scalia/Ginsburg standard” for Supreme Court confirmation—exemplary legal excellence—was the criterion that ultimately prevailed in the confirmation of Louis D. Brandeis. Had a different principle become the norm, the nation might have been deprived of the services of some of the most significant justices in its history.