Podcast: Ambassador Danny Danon on Life and Work at the UN

The first episode of our new podcast, produced in conjunction with the Tikvah Fund, is here. Listen now! 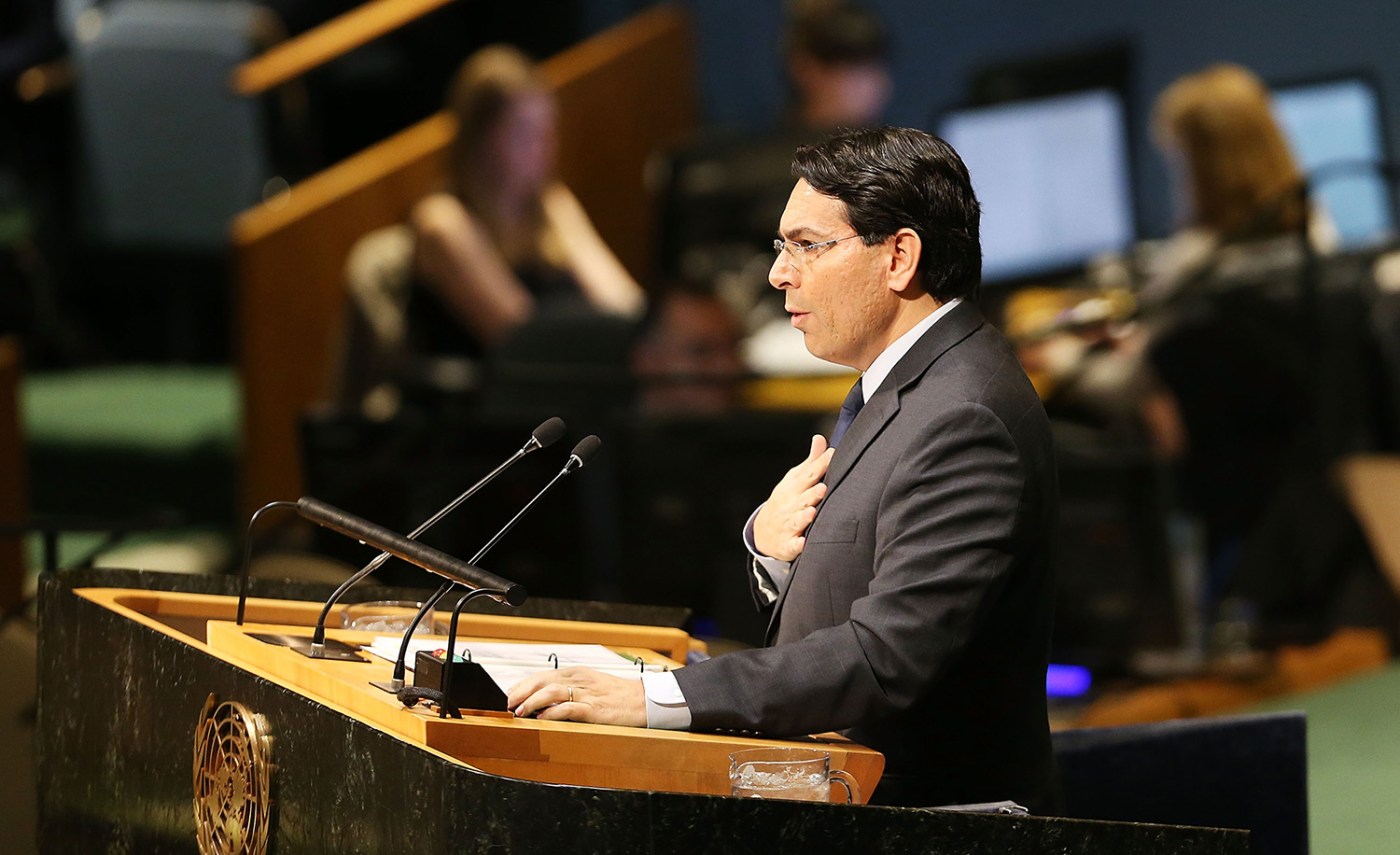 Danny Danon, Israel’s representative to the United Nations, speaks on the floor of the General Assembly on December 21, 2017 in New York City. Spencer Platt/Getty Images.

Observation
Tikvah Podcast at Mosaic
About the author

For a long time we’ve wanted to offer in audio what we offer in print: the best thinking on Israel and the Middle East, Jewish history, biblical archaeology, and all other topics and issues pertaining to Jews, Judaism, and the Jewish state. We’re very happy to announce that, thanks to a partnership with our friends at the Tikvah Fund, we’re now moving into the audio realm with a weekly podcast.

Every Thursday, starting today, the “Tikvah Podcast at Mosaic” will bring to to your car/earbuds/home stereo/Alexa the latest in our efforts to advance Jewish thought. Our host is Tikvah’s Jonathan Silver, whose voice you’ve probably already heard in earlier iterations of the Tikvah podcast that have been regularly featured in our daily column of Editors’ Picks.

The new podcast will also relate to another core feature of Mosaic, the monthly essay, since authors of these essays will be regularly appearing as guests—starting in just a few weeks with our nationally-known foreign-policy expert Michael Doran discussing his latest essay.

Other upcoming guests will include the culture and politics commentator Jonah Goldberg, the legal scholar (and expert on BDS law) Eugene Kontorovich, Sinai Temple’s Rabbi David Wolpe, plus many more.

And a final note: to celebrate the launch of the podcast, we’re offering 20% off new subscriptions to Mosaic. Just use the code PODCAST at checkout.

In the decades since Israel’s founding in 1948, the United Nations has been a hostile environment for the Jewish state. For a long time, it has seemed that the best an Israeli UN ambassador could do was to prevent further harm. And Israel has sent some of its ablest defenders—Abba Eban, Chaim Herzog, Benjamin Netanyahu—to do just that.

But Israel’s current UN ambassador has changed the rules of the diplomatic game.

Ambassador Danny Danon was appointed to his current post in 2015, after a career in Zionist activism, the Knesset, and Prime Minister Netanyahu’s government. At the UN, he has spent the last three-and-a-half years building coalitions, calling Israel’s enemies to justice, and going on offense.

In this conversation—his first-ever podcast appearance—Ambassador Danon provides an overview of his work at the United Nations. He describes Israel’s relationships with America, Russia, China, and the Gulf States, discusses the strategic challenge of Iran, and reflects on how Israel’s ongoing conflict with the Palestinians affects his work. In this first-person briefing, Ambassador Danon gives us an inside look at Israel’s campaign to strengthen its global diplomatic position.

Musical selections in this podcast are drawn from the Quintet for Clarinet and Strings, op. 31a, composed by Paul Ben-Haim and performed by the ARC Ensemble, and from “Shining Through the Rain” by Big Score Audio.

For more on the new Tikvah Podcast at Mosaic, listen to our background episode here:

Podcast: Ambassador Danny Danon on Life and Work at the UN