Podcast: Shoshanna Keats Jaskoll on the Virtues and the Excesses of Jewish Modesty

The director of an organization dedicated to the healthy depiction of women in the Jewish public square joins us to talk modesty, what it’s good for, and how it can be abused. 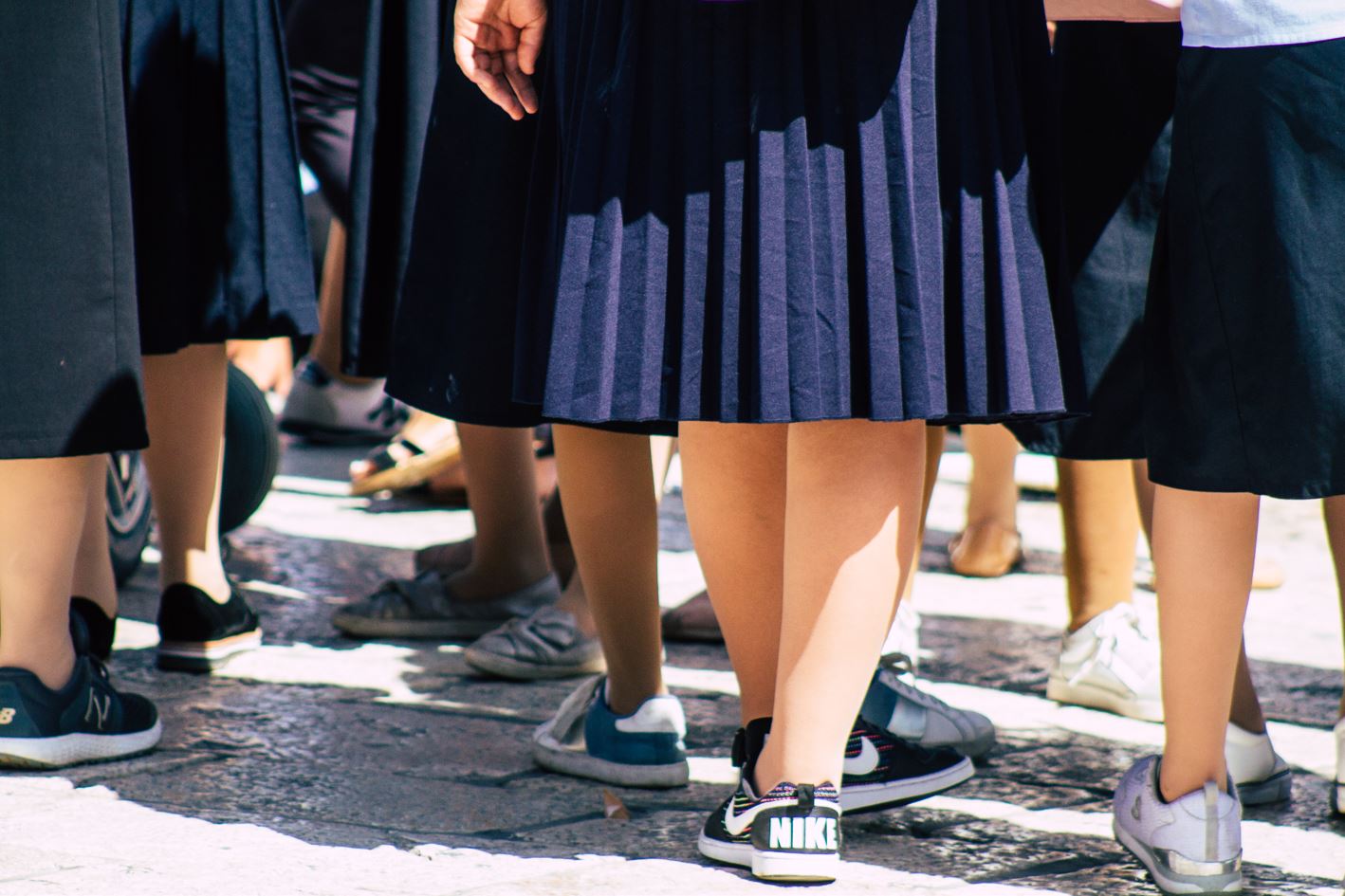 There was never an explicit announcement to men that they no longer needed to wear bowties and could wear neckties instead, just like there was no announcement that they didn’t need to wear ties at all. Those cultural norms shifted gradually, and are understood even as they do so.

In Orthodox Jewish communities, the way cultural norms work are a bit similar and a bit different. They come both from unspoken social cues and from explicit instruction, including from religious texts. The latter approach reflects the insight that how a person dresses isn’t a purely superficial matter, but communicates something of substance. Is the human form public or private, should it be open to the gaze of all or only to select people within a circle of trust or family? What should be covered, and how? Such questions involve reflecting on men, women, and human sexuality too, of course.

This week, Mosaic’s editor Jonathan Silver sat down with Shoshanna Keats Jaskoll to explore the virtues of Jewish modesty, and how those virtues can be radicalized, grow excessive, and—like all virtues—transform into vice. Jaskoll is the director Chochmat Nashim (“The Wisdom of Women”), an organization dedicated to the healthy depiction of women in the Jewish public square that opposes removing pictures of women completely, while still supporting modesty. They discuss what modesty is, what it’s for, why it deserves protection, and how it can be exaggerated and abused.

What happens is a young man is told, “You cannot see a girl, you cannot see a woman, you have to put your head down, you have to look away,” and all of a sudden that thing becomes a forbidden and tempting thing. Why can’t I see her? “Oh, because you might sin.” Why would I sin? “Oh, because you’ll get excited when you see her.” Now instead of talking about a very specific situation where someone is being sexual or being seen as sexual, you are now sexualizing every interaction—every time I see a woman, every glimpse, every glance. There’s no normal gaze anymore. You’ve removed the normal, and so now everything is sexual.

I have unfortunately spoke to young men who have such a distorted sense of women that they have to relearn how to interact in a normal way with a girl, and it is tragically painful for them to relearn how not to see her as an object, as something that’s going to make him sin, as something that he needs to avoid. Someone actually described to me as “putting change into a cashier’s hand felt so illicit tome that I had to go and recover afterwards.” It’s a shocking thing that most of us can’t even think about. You go from saying not everything should be sexualized and not everyone should be naked all the time, and most people will agree, but then when we hide people we’re literally doing the same thing. We’re just creating a world where every interaction between male and female is sexual and there’s no more normal. And if we’re not modeling normal, where are young boys going to learn normal?

Podcast: Shoshanna Keats Jaskoll on the Virtues and the Excesses of Jewish Modesty