The Return of Paganism and the Desecration of Self-Government

A Jewish prayer for a great, grieving nation. 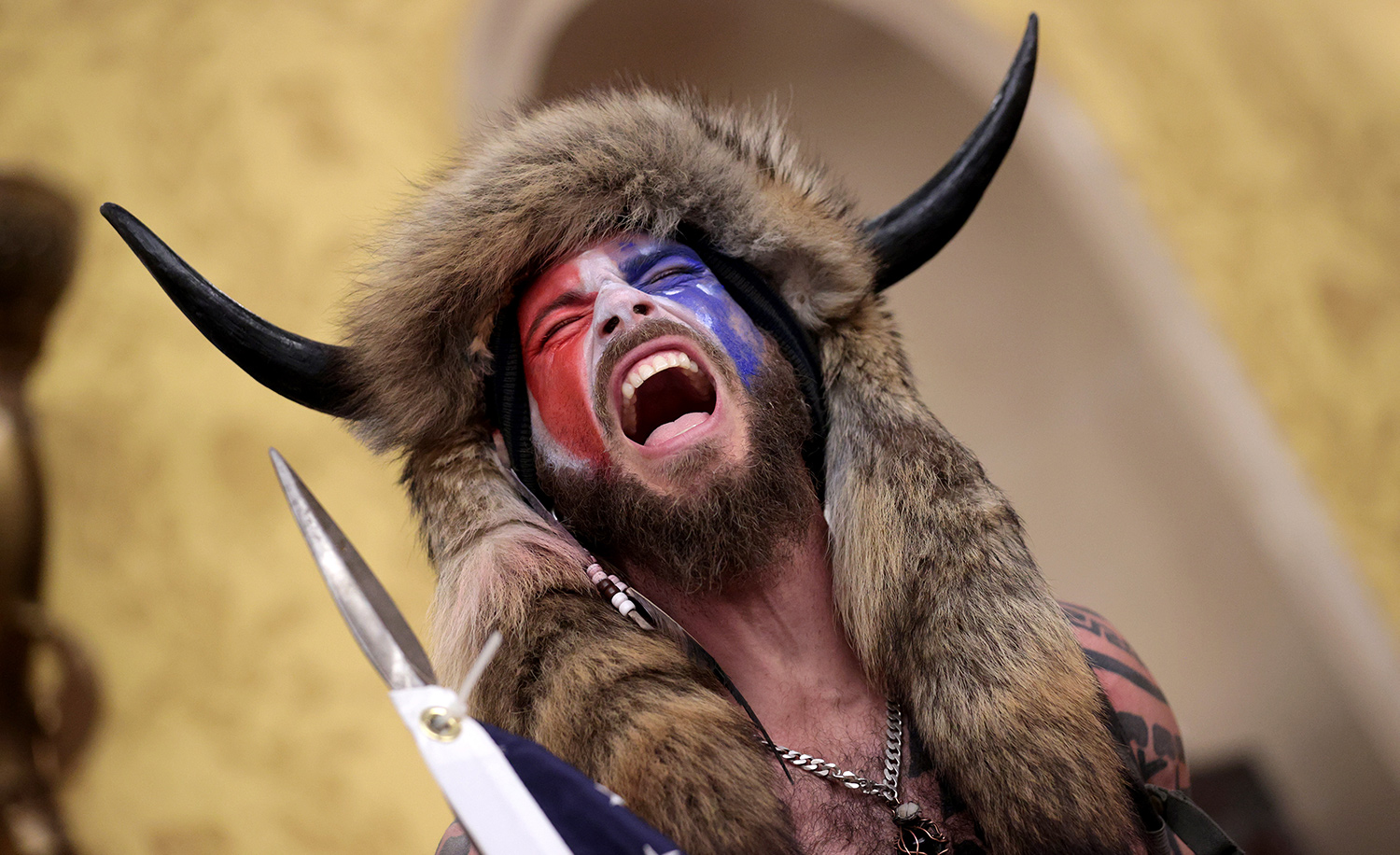 A Trump supporter known as the Q Shaman at the U.S. Capitol during a riot on January 6, 2021. Win McNamee/Getty Images. 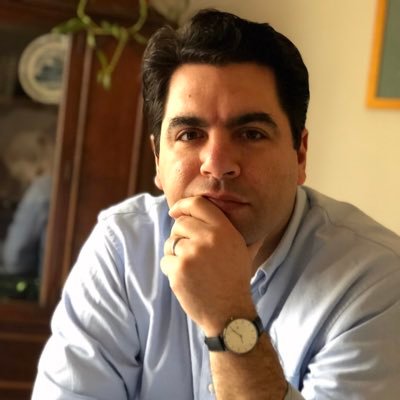 “Shall we expect some transatlantic military giant, to step the Ocean, and crush us at a blow? Never!—All the armies of Europe, Asia and Africa combined, with all the treasure of the earth (our own excepted) in their military chest; with a Buonaparte for a commander, could not by force take a drink from the Ohio, or make a track on the Blue Ridge, in a trial of a thousand years.

At what point then is the approach of danger to be expected? I answer, if it ever reach us, it must spring up amongst us. It cannot come from abroad. If destruction be our lot, we must ourselves be its author and finisher. As a nation of freemen, we must live through all time, or die by suicide.”—Abraham Lincoln, 1838

We all saw the images and the footage. Yesterday, on January 6, a mob of rioters, incited by the president, infiltrated the House and Senate chambers, destroyed federal property, vandalized the Capitol building, and desecrated the legislative heart of American self-government.

With the Capitol police overwhelmed, Secret Service officers were seen barricading the doors with guns drawn. Eventually, they too were overtaken. Rioters took selfies in the well of Congress and sat on the dais of the Senate. With the members of Congress removed to safe locations elsewhere in the Capitol complex, offices were deserted. One rioter was photographed, iPhone in hand, cudgel at his side, foot up on the desk, reclining in the abandoned office of the speaker of the House, second after only the vice-president in the presidential line of succession.

As they wandered through the building, many of the rioters would have passed through the Capitol Rotunda, located between the Senate chambers and the House of Representatives. The rotunda features eight large paintings, each celebrating a moment in American history that shaped the American nation. One of them, created by John Trumbull in 1824, shows George Washington voluntarily resigning his commission as the commander-in-chief of the revolutionary army, an act of elevating the country over oneself that was once taught to generations of schoolchildren as the essence of American patriotism.

The women and men who committed yesterday’s crimes are American. They were protesting the constitutionally required ratification of the presidential election. They were protesting a democratic transition of power. By seeking to overturn by force an election that was determined legitimate by all 50 states, these Americans struck at the very center of America’s constitutional soul: the proposition that a limited government, freely elected, constrained by impartial laws, would make possible for every family and every citizen the blessings of liberty. “If destruction be our lot, we must ourselves be its author and finisher.”

How should we American Jews respond to this eruption of violence at the Capitol? We, who are devoted to the United States, how do we answer this moment?

Milton Himmelfarb once wisely characterized Judaism by its antithesis. “Judaism is against paganism,” he wrote. At our peril do we dismiss paganism as an archaic form of idol-worship. It is the transfer to His creation of qualities belonging exclusively to God. The worship of nature, the worship of man, bending our knees to human desires and prostrating before the work of our own hands, this is the eternal temptation of paganism. The more sexual licentiousness we indulge, the more loneliness we suffer; the more individual freedom we seek, the weaker our families and communities grow; the more we live our lives in social media, the more our sustaining friendships atrophy. As traditional Judaism and Christianity have declined in America, our spiritual energies have not disappeared, but they have reverted to the uninstructed, natural, pagan ways from which our ancestors turned.

Nihilist violence across the political spectrum—from Antifa to the anti-Semites to yesterday’s rioters—has taken on a distinctly post-religious—which in American mostly means post-Christian—character, a character that is contemptuous of the manners and mores that allow democracy to function. “Pagan” is an apt description of the oft-photographed rioter who has become the face and the symbol of the day. The man is apparently known as Q Shaman. He sauntered into the Capitol draped in an animal hide, bare chested and covered in tattoos, his face painted, and wearing animal horns on his head. He doesn’t look like a European barbarian by accident; no, he is intentionally invoking the unconstrained ethic of power that, in Europe, Christianity sought to tame. In the West, Judaism and Christianity have taught us that every woman and man is created in the image and likeness of God. Without that fundamental truth, no American commitment to civic and legal equality can long endure. We are seeing that proposition proved daily.

The post-religious left combines sexual self-definition and racial determinism, and the post-religious right rejects the proposition of human equality altogether. These American tribes and their delusions must be opposed by a party of the left and a party of the right that are both committed to building up a nation of laws that apply equally to all. We American Jews can play a role in the pursuit of democratic justice, for there can be no Heaven on earth, and democratic self-government is the best regime we can hope for. That the American framers have established this possibility for us is a cause for gratitude.

“Seek the welfare of the city to which I exiled you, and pray for it to the Lord, for through its peace you shall have peace.” So, 26 centuries ago, did the prophet Jeremiah counsel Jews driven from their homeland. Today, the day after the Capitol was mobbed, American Jews must pray for social order and domestic tranquility, and for the renewal of the families, communities, schools, churches, synagogues, and mosques that can begin to heal a great, grieving nation.

We begin to build ourselves up by bowing our heads in reverence. And so I offer a prayer for America, in hope that

He, who gives salvation to kings and dominion to princes, Whose kingdom is an everlasting kingdom, Who delivers His servant David from the evil sword, Who makes a way in the sea and a path through the mighty waters, may bless and protect, guard and help, exalt and magnify and uplift the United States.

We pray for the peace of this land, for the renewal of the American civic order and for American democracy.

We pray to feel awe and reverence for the Lord, the beginning of wisdom.

We ask that God bless all of America’s constitutional officials. And may the Supreme King of kings, in His mercy, put into their hearts and the hearts of all their counselors, the wisdom to deal kindly with us and with all of Israel. In their days and in ours, may Judah be saved and Israel dwell in safety, and may the Redeemer come to Zion. May this be His will, and let us say:

The Return of Paganism and the Desecration of Self-Government