The author of Hamas vs. Fatah: The Struggle for Palestine joins us to talk about the upcoming Palestinian elections, and what went wrong the last time. 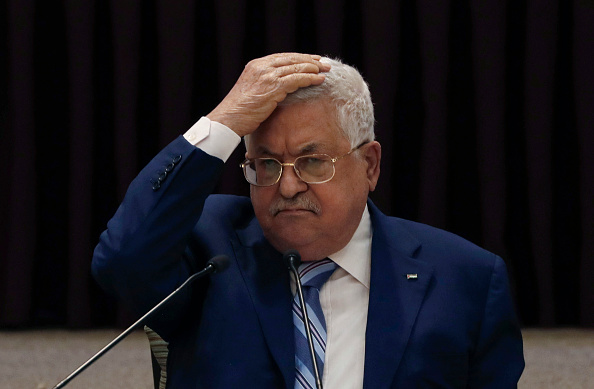 In Ramallah, Mahmoud Abbas puts his hand on his head during a leadership meeting of the Palestinian Authority about the Abraham Accords on August 18, 2020. Photo by Mohamad Torokman/POOL/AFP via Getty Images.

Observation
Jonathan Schanzer and Tikvah Podcast at Mosaic
About the authors


Jonathan Schanzer, a former terrorism finance analyst at the United States Department of the Treasury, is senior vice president for research at the Foundation for Defense of Democracies. He is author of the new book Gaza Conflict 2021: Hamas, Israel and Eleven Days of War (FDD Press). Follow him on Twitter @JSchanzer.

In 2007, shortly after legislative elections that led to a surprising victory for the Islamist terrorist organization Hamas, Palestinians fought a brief civil war. By the end of the conflict, Mahmoud Abbas and his Fatah party retained power in the West Bank, while Hamas controlled Gaza. Today, the Palestinians remain divided along those same factional and territorial lines—lines that are now front and center, since Palestinian elections are once again being called for next month. If the elections go forward—and it’s now looking unlikely that they will—they will feature the first presidential election since 2005, when Abbas was elected for a single four-year term that’s now entered its sixteenth year.

To help us make sense of what’s happened and what’s likely to happen, we asked Jonathan Schanzer, a senior vice president at the Foundation for Defense of Democracies and the author of Hamas vs. Fatah: The Struggle for Palestine (2008), to join our podcast this week. In conversation with Mosaic’s editor Jonathan Silver, Schanzer outlines the history of Palestinian politics and brings listeners inside the vigorous competition for power taking place at this moment.

What we continue to hear are a couple of major themes. One is that Fatah has a better following in the Gaza Strip than it does in the West Bank. I think the reason for that is that the grass is always greener elsewhere, but the bottom line is that Hamas continues to be neck-and-neck with the Fatah party, and that’s cause for real concern. We continue to see that Abbas is likely to lose out to the Hamas leader Ismail Haniyeh. He’s also likely to lose to Marwan Barghouti, who is currently jailed in Israel for his role in multiple acts of violence during the second intifada, so Abbas appears to be very unpopular. Hamas is holding its own with the Fatah faction, and overall by the way Palestinians broadly support the idea of Mahmoud Abbas stepping down, and really one of the dominant themes that we see in the polling is that the Palestinian Authority is irredeemably corrupt. This really is what I think eroded their support in 2006 and is likely to erode their support again, were there to be new elections.

So, Hamas may really be surging. I’ve tried to stress to folks in the Biden administration and elsewhere that you’re going to have some participation of Hamas if there’s an election, and once you have that, you’ve crossed a threshold in terms of U.S. law. If you have a government that includes a terrorist organization, then that will preclude U.S. diplomacy, it will preclude U.S. assistance, it will create all kinds of problems. In other words, you don’t need a Palestinian Legislative Council that is dominated by Hamas to trigger current U.S. laws. All you need is minority participation, and it will start to create problems. By the way, not just with the United States, but also with Israel. There is this tenuous cooperation between the Palestinian Authority and Israel on security, on economy, on a range of issues, and once you cross that Rubicon you could just imagine the crises that it would trigger, so it’s been very strange to me that for the last several months the Biden administration has appeared to be okay with the idea of moving forward with these elections, knowing what the price might be.