Protests are rocking Iran after the death of a young woman in police custody. An Iranian writer joins us to think about how they connect to past protests, and where they could lead. 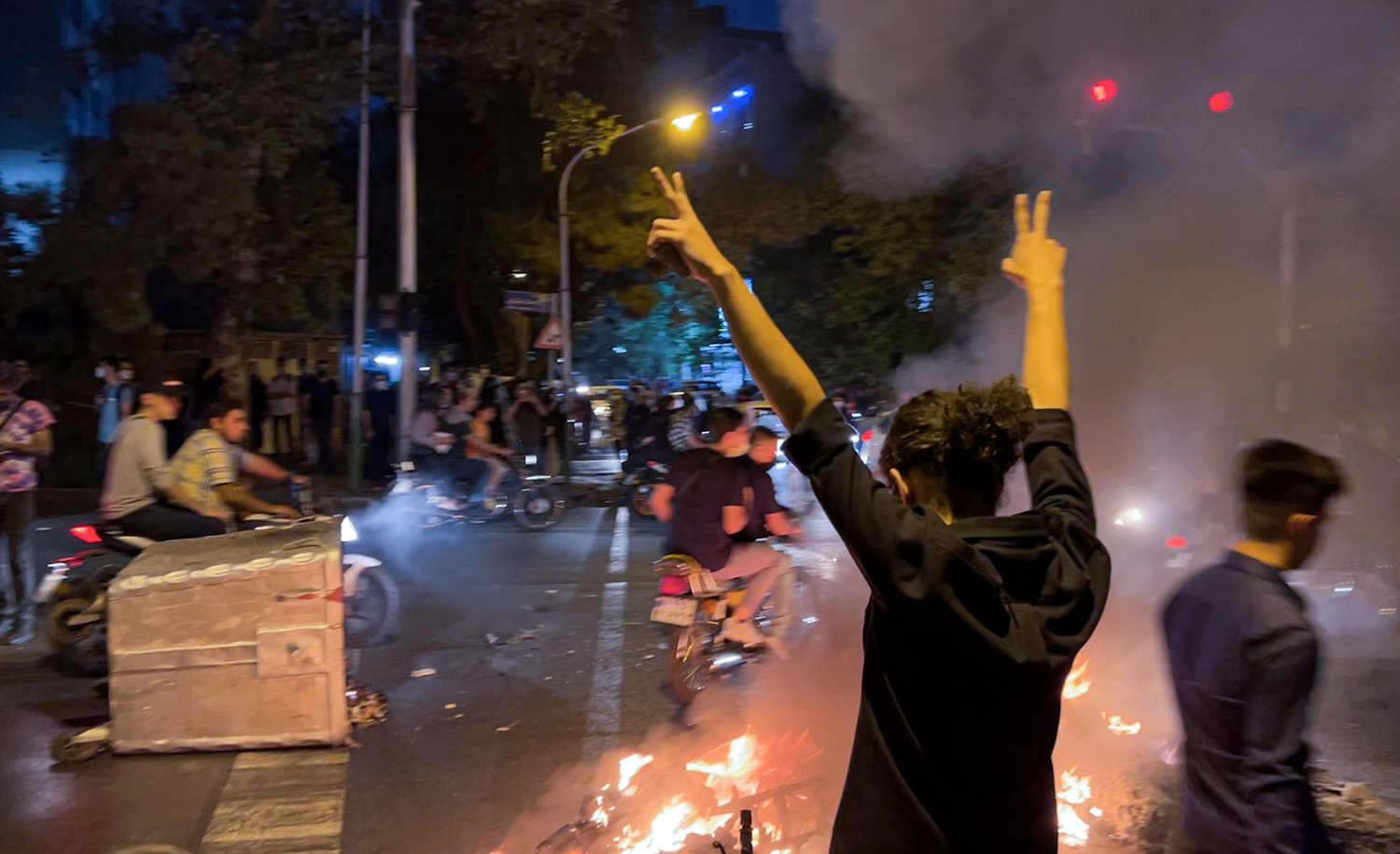 Protesters in Tehran on September 19, 2022. Stringer/Anadolu Agency via Getty Images.
Observation
Shay Khatiri and Tikvah Podcast at Mosaic
About the authors

Shay Khatiri is a foreign-policy writer for the Bulwark and has a Substack newsletter, The Russia-Iran File, where he examines the domestic politics and foreign policies of Russia and Iran. Born and raised in Iran, he studied at the John Hopkins University, School of Advanced International Studies and is currently seeking political asylum in the United States.

On September 16, a squad of Iranian police officers arrested a twenty-two-year-old Iranian woman named Mahsa Amini. Charged with improperly wearing a hijab, Amini died in police custody. Since then, suspicion that she was beaten by Iranian forces, combined with the widespread public view that she was accosted unjustly to begin with, have catalyzed widespread protests across Iran.

On this week’s podcast, the writer Shay Khatiri, who grew up in Iran and participated in protests against Mahmoud Ahmadinejad’s election in 2009, joins us to explain how the current protests in Iran relate to those in 2009 and 2017. In conversation with Mosaic’s editor Jonathan Silver, he also thinks about where these demonstrations might lead and whether they hold promise of reform inside Iran.

I think the reason that this is a female protest in Iran is that women are more educated in Iran than men are, and hence more liberal than men are, in the classical sense, and they’re more oppressed than men are. They’re not employed at the rate that men are employed. In the past, how the regime solved this problem was that men would go through the military, maybe they’d go through college, and then they’d start working and form families. Women, whatever they do before that, stay at home and take care of the kids and maybe have a small gig.

Nobody’s getting married much anymore [in Iran], and so you don’t have many young women with kids to take care of. You have educated women without jobs, without prospects, who are behind their male counterparts, who, on the merits, perhaps are more deserving of jobs and social status—they could say that they’re better educated. That has to do also with the fact that men have to go perform two years of military service that women don’t, and can go to college then. But whatever the causes, the regime has created this problem for itself: that you have a more deserving and more oppressed part of the country.