Why Are These Cheerios Different from All Other Cheerios?

What the story of General Mills’ newly gluten-free cereal tells us about the food we eat—and don’t—at Passover. 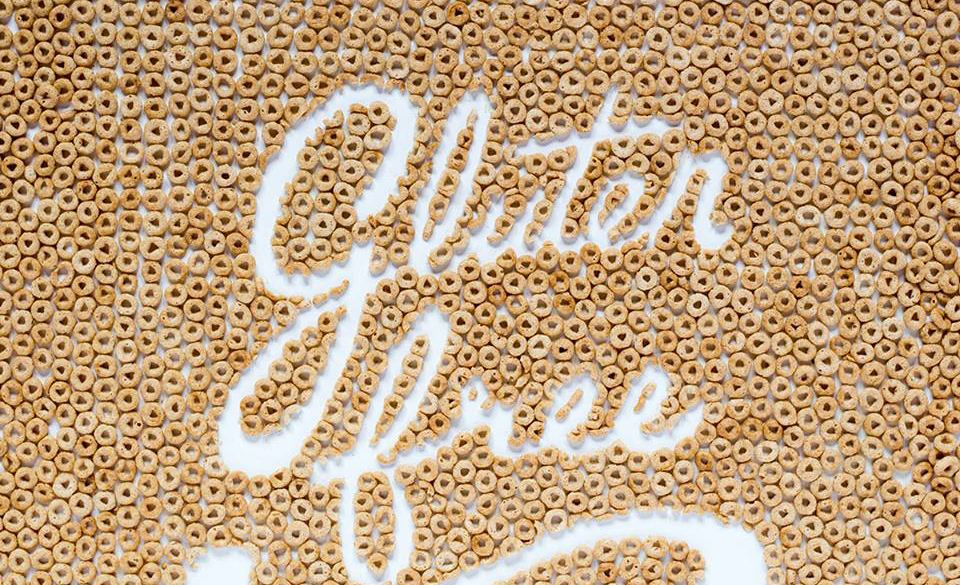 Observation
Elli Fischer
About the author

Do you, do I, does anyone know
How oats, peas, beans, and barley grow?
(English folk song)

In February 2015, the cereal maker General Mills announced “the biggest news since our commitment to whole grain in every box.” The news was that as of July of that year, Cheerios would be gluten-free.

That last question is the easiest to answer: it turns out that the story of gluten-free Cheerios has everything to do with Passover.

A key theme of the holiday is the transmission of collective memory. Jews tell the story of the exodus, but the foods they eat (or don’t eat) and the objects they use at the seder tell other stories as well, stories that have accrued in Jewish communities spanning the globe and the centuries. Two such stories begin almost 1,000 years ago, when the Jewish communities north and west of the Alps—Ashkenaz, in Jewish parlance—were yet in their infancy. Those two stories pose questions about Passover itself that, while not among the Four Questions of tradition, are almost as old, and more difficult to answer. And both shed light on the very contemporary story of gluten-free Cheerios.

At the heart of Passover observance lies a paradox. The Torah commands the eating of matzah, unleavened bread, and places a severe prohibition on ḥamets, leavened grain products. Observant Jews eliminate all ḥamets from their possession before the holiday. Hence the paradox: both matzah and ḥamets are made from the same stuff. In fact, one only fulfills the mitzvah of eating matzah if it is made from a grain that has the potential to become ḥamets.

The line between ḥamets and matzah is thus, one might say, wafer-thin. The one key variable that determines whether eating a particular mixture of grain flour and water is a mitzvah or, on the contrary, a grave sin is time. According to Jewish tradition, the leavening process begins eighteen minutes from the moment flour touches water. If fewer than eighteen minutes elapse from that moment until the dough is fully baked, it is matzah. If more, it is at risk of having become ḥamets.

Does some specific ingredient characterize grains that can become either ḥamets or matzah? The Mishnah enumerates five species, four of which can be identified with certainty or near-certainty: wheat, barley, rye (identified in the Talmud as a type of barley), and spelt (identified both by the Talmud and modern agronomy as a form of wheat). What these four species have in common is a group of proteins known collectively as gluten.

In brief, there is indeed a possible connection between gluten and ḥamets, and it is not coincidental. Gluten, as its name suggests, functions like a glue that holds dough together as it rises, gives it elasticity, and allows it to expand and then to retain its final shape. Only wheat, barley, rye, and their relatives contain true gluten, and only they can be used to produce spongy, fluffy bread.

Is gluten, then, the key to identifying grains that can become either ḥamets or matzah? Not necessarily. The Mishnah, remember, lists five grains, of which so far we have listed only four. The fifth is called shibolet shu’al in Hebrew, and in the 11th century the leading Ashkenazi and Italian rabbis identified that grain with avena: oats. To this day, oats, which contain no gluten, are commonly listed as one of the five grains—which clearly would suggest that gluten isn’t the key identifying ingredient among them.

But what if shibolet shu’al has itself been misidentified? That is the contention of many contemporary scholars of talmudic botany, most notably the late Yehuda Feliks, a renowned expert who amassed botanical, archaeological, and halakhic evidence to show that shibolet shu’al could not have been oats but rather, just as the Mishnah and Talmud classify it, a type of barley. On this basis, some rabbis today adopt the position that it is preferable at the seder to avoid matzah made from oats and use matzah made from one of the other four grains. But since a thousand years of Jewish law and practice generate a good deal of momentum on their own, oats also continue to be treated as one of the five grains of the Mishnah, even if they aren’t. Thus, oat matzah is commonly recommended for those with celiac disease or a related condition.

If all this isn’t complicated enough, it inevitably leads to another set of questions. If only five grains are prohibited on Passover except in the form of matzah, why do Ashkenazi Jews also typically refrain from dozens of other species known as kitniyot: technically legumes, but a category that has come to include other crops as well? And if there is indeed something worrisome about kitniyot, why do only Ashkenazim refrain? And why do they continue to refrain? After all, the practice began as a custom in the late Middle Ages in northern France and western Germany, and at no other time or place; what’s its validity today?

Enter now one of the most significant agricultural innovations in human history. Under the old two-field rotation system common in the earlier Middle Ages (and thereafter remaining prevalent around the Mediterranean and in the Middle East), half of the land would be sown each autumn, harvested in early summer, and gathered before the start of the rainy season. The other half would lie fallow. The following year, the functions were reversed. Each year’s crop consisted primarily of cereal grain, the dietary staple. When, on occasion, vegetables and legumes were planted, it was on land that had been fallow the previous year.

But starting in the 8th century, in the land between the Loire and the Rhine rivers—the historic heartland of Ashkenaz—there came into being a three-field rotation system. In that system, which was well-suited to the area’s cool, wet summers, one-third of the land would be planted in the autumn and harvested in early summer; a second third would be planted in the spring and harvested in late summer; and the last third would lie fallow. Thus, two-thirds of the land was cultivated each year, and the work was spread more evenly throughout the year—resulting in a significant increase in productivity and efficiency that during the High Middle Ages would fuel the explosion of Europe’s population and the growth of its cities.

Initially, both the spring and autumn plantings were grain: generally wheat in the autumn and barley in the spring. Gradually, however, the spring planting came more prominently to feature oats and legumes. Oats were needed to feed the horses that were fast becoming the area’s primary beasts of burden. Legumes—the family that includes peas and beans—replenished soil with their nitrogen-fixing properties, and balanced diets with their high concentration of proteins.

But these legumes were grown in fields that had been filled with wheat or rye less than a year earlier. Inevitably, stray stalks of grain would appear alongside them. Moreover, rainy summers meant that, unlike in the semi-arid Mediterranean, harvested crops could not remain stacked in the field. They had to be sheltered—and the same areas that stored grain one year would store legumes the next.

Could the development of this three-field system and the huge increase in the cultivation of legumes explain why the custom to refrain from legumes on Passover arose specifically in late-medieval Ashkenaz? That theory was first put forward in the early 1990s by Nachum Bronznick, a retired professor of Hebrew at Rutgers University, and further elaborated by a plant scientist named Ari Schaffer at Israel’s Volcani Center. Although it had the ring of truth, it was also problematic—specifically because the first mentions of this custom by rabbinic authorities, which date from the 13th century, offer different reasons for it: namely, that kitniyot resemble ḥamets, are cooked like ḥamets, can rise like ḥamets, or even sound like ḥamets (as in the case of hummus, the Arabic word for chickpeas). Not until a century later do several authorities offer admixture as the reason for the custom—a custom of which, however, they emphatically disapprove, calling it excessive, mistaken, and foolish. But all of these disapproving rabbis hailed from Spain or Provence, where the two-field system still prevailed.

The crop-rotation theory of the origin of kitniyot received a major boost in 2006 with the publication of a newly-discovered Passover sermon by Rabbi Elazar of Worms (a major Rhineland community) from the late 12th or early 13th century. The sermon contains a single line—“We do not eat beans and lentils because there is wheat in them”—that offers both the first attested reference to concern for admixture and the earliest reference to the practice of refraining from kitniyot on Passover. The codicologist Simcha Emanuel of the Hebrew University, who published the sermon, has linked this concern with admixture to the three-field system of crop rotation.

And so back to Cheerios. As General Mills discovered, making this product fully gluten-free turned out to be exceedingly difficult. Since farmers rotate their crops, the same fields in which gluten-free oats grow one year may have cultivated wheat, barley, or rye in the prior year. Moreover, gluten-containing grains are stored in the same granaries and transported in the same containers used for oats. As a result, nearly all oats available on an industrial scale are contaminated by wheat, barley, or rye. For Cheerios to become strictly gluten-free, General Mills had to develop a method for separating oat kernels from grain kernels on a massive scale, which they proceeded to do—successfully, with the exception of one embarrassing episode last fall when one facility accidentally replaced oat flour with wheat flour, forcing a gigantic recall of “gluten-free” Cheerios containing gluten.

The people who make Cheerios now have a story to tell—a story so interesting they produced a video about it. Essentially, it is the same story that Ashkenazi Jewry embedded in its collective memory over 800 years ago, where for most observant Ashkenazim it remains active to this day.

Why Are These Cheerios Different from All Other Cheerios?