Podcast: Jack Wertheimer on the Many Rapid Changes in the Religious Life of American Jews

Reform, Conservative, and Orthodox look much different from the way they appeared fifty years ago. In part two of our conversation, we look at what’s changed. 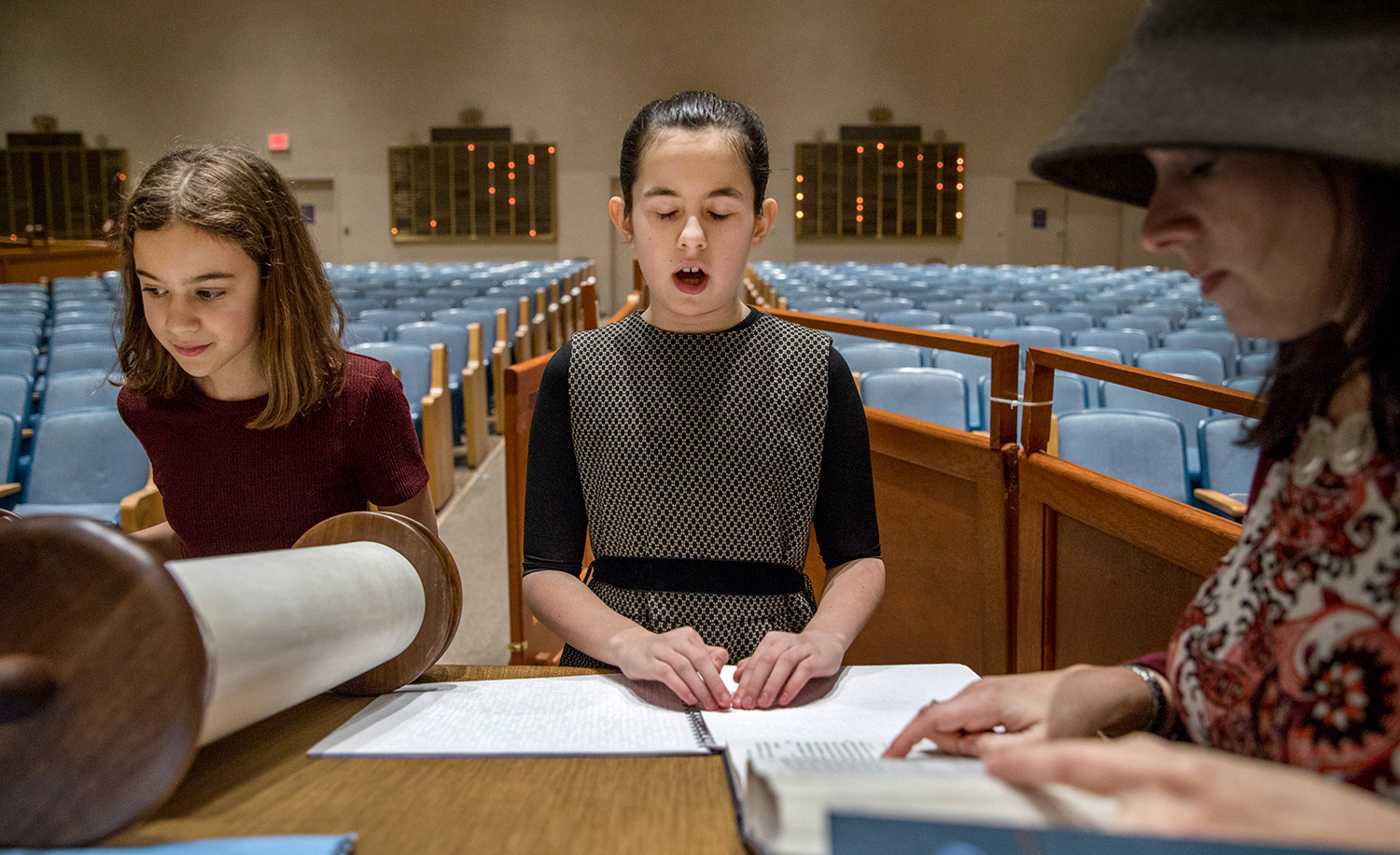 Batya Sperling Milner, who is blind, practices reading Torah with her aunt and a friend. Evelyn Hockstein/For The Washington Post via Getty Images.

Observation
Tikvah Podcast at Mosaic and Jack Wertheimer
About the authors

Jack Wertheimer, professor of American Jewish history at the Jewish Theological Seminary, is the author of The New American Judaism: How Jews Practice their Religion Today, newly published by Princeton University Press.

For much of the 20th century, the major religious denominations—Conservative, Reform, Orthodox—loomed large over institutional Jewish life in America. But in 2019, the Jewish scene looks different; the movements hold less purchase on Jewish life than they once did, especially for the young. And the denominations look different internally as well. Reform Judaism has embraced ritual practices once deemed outmoded. Orthodoxy, which many thought on its way to extinction, is strong, growing, and confident. Conservative Judaism, once thought to be the future of American Jewry, is caught betwixt and between, too religiously observant to facilitate intermarriage, too religiously lenient to command the solidarity and halakhic observance of Orthodoxy.

In this second installment in our series on The New American Judaism: How Jews Practice Their Religion Today, Jack Wertheimer helps us make sense of the many changes in Jewish denominational life. He looks at the strengths and weaknesses of the major Jewish movements, and gives us insight into the variance between the denominational doctrines and the “folk religion” that Jews actually practice. Wertheimer also ponders what the Jewish movements can continue to contribute to Jewish life in our age of declining allegiance to institutions.

If you would like to share your thoughts on the podcast, ideas for future guests and topics, or any other form of feedback, just send us an email at editors@mosaicmagazine.com. We’re grateful for your support, and we look forward to a new year of great conversations on Jewish essays and ideas.

Podcast: Jack Wertheimer on the Many Rapid Changes in the Religious Life of American Jews